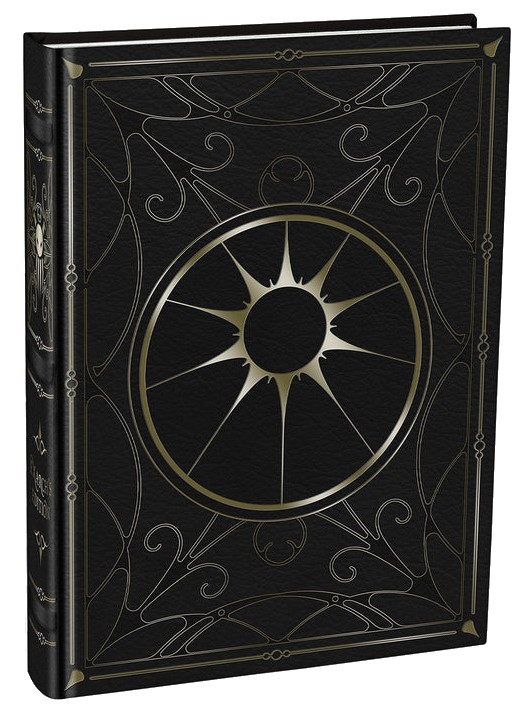 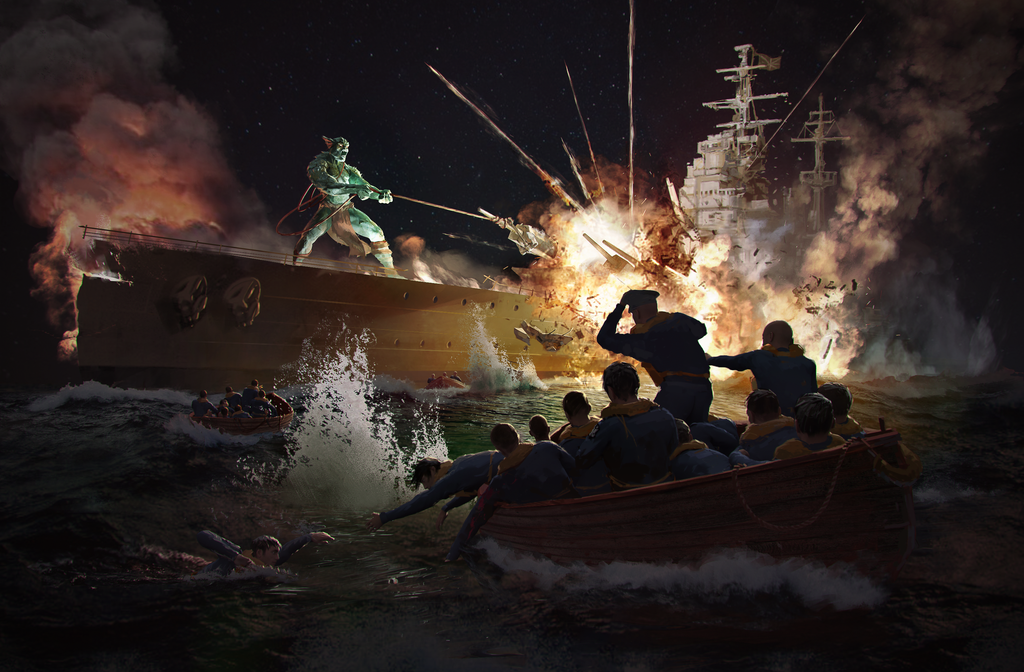 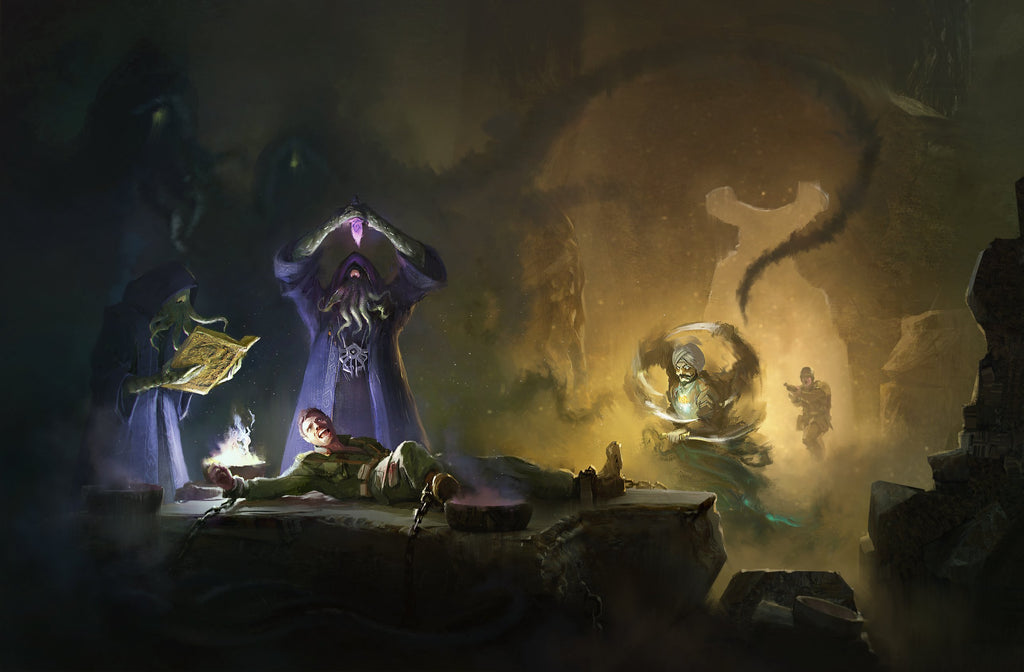 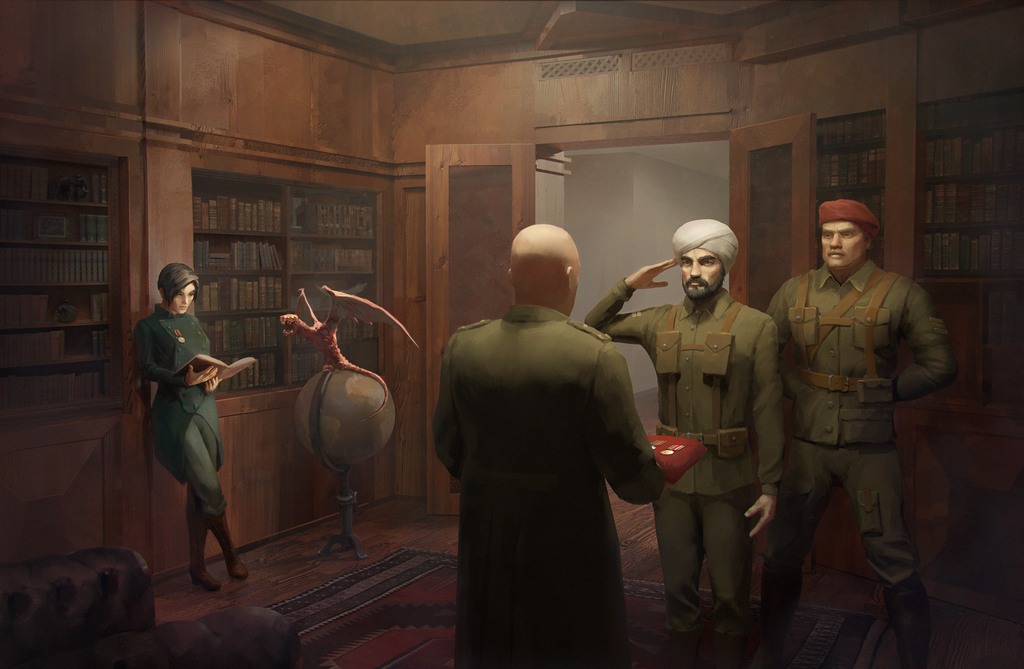 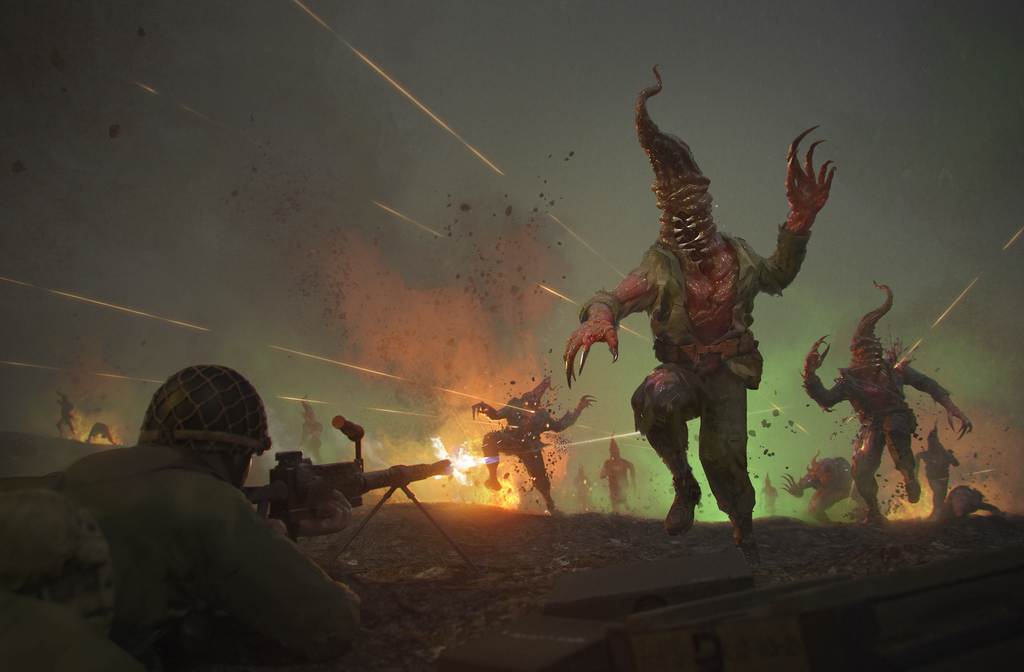 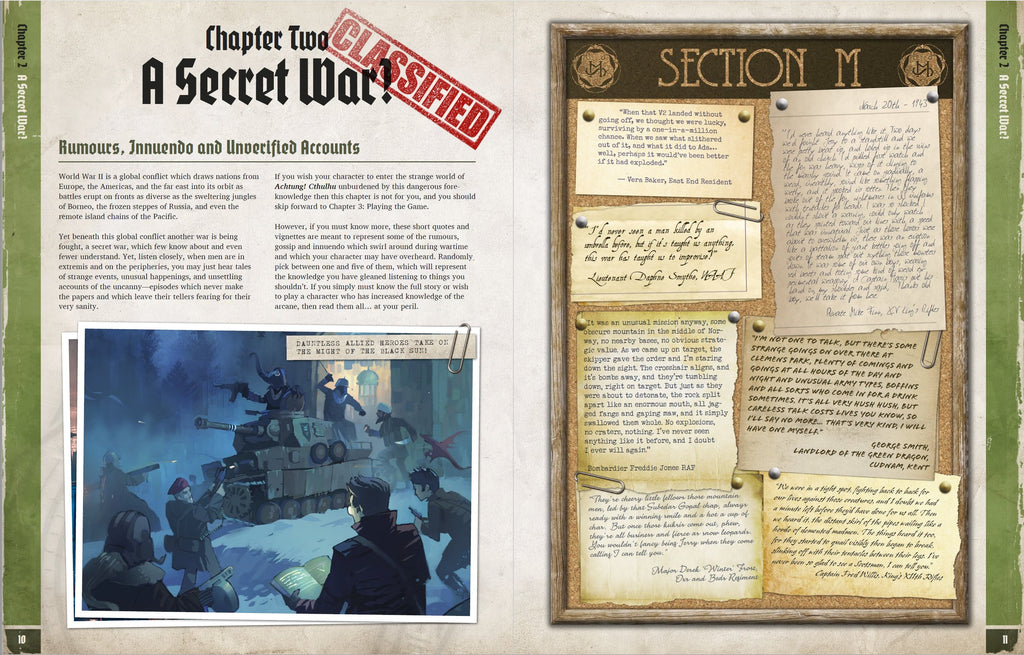 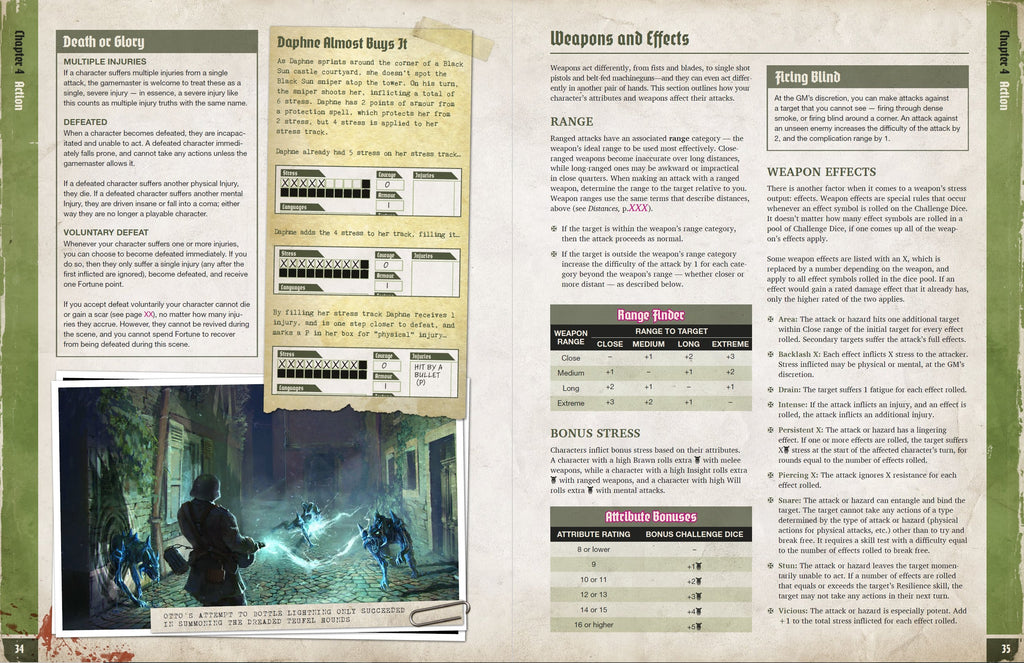 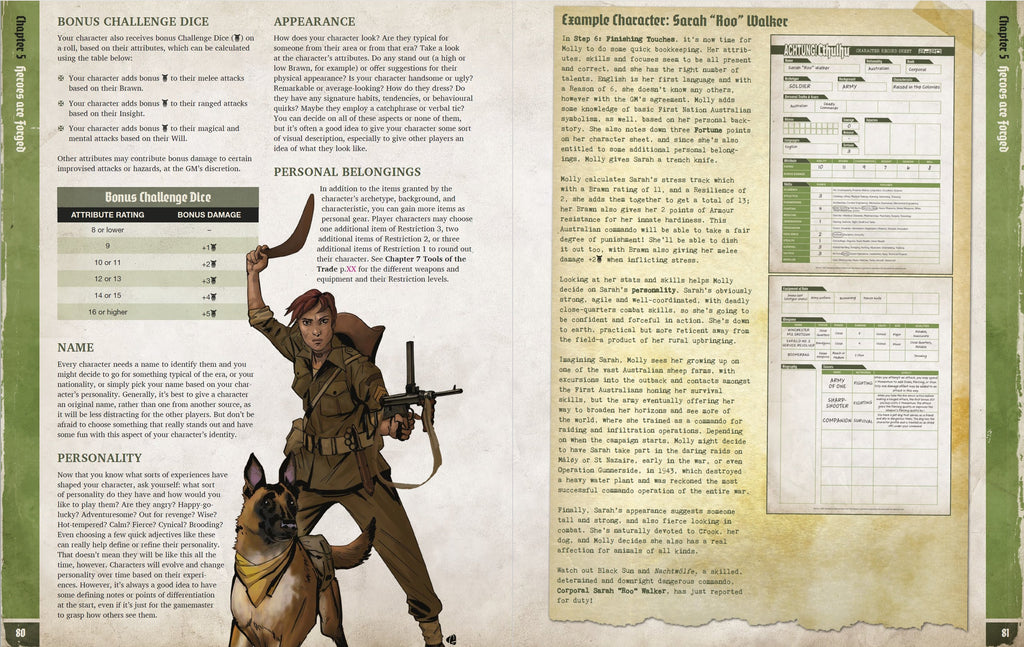 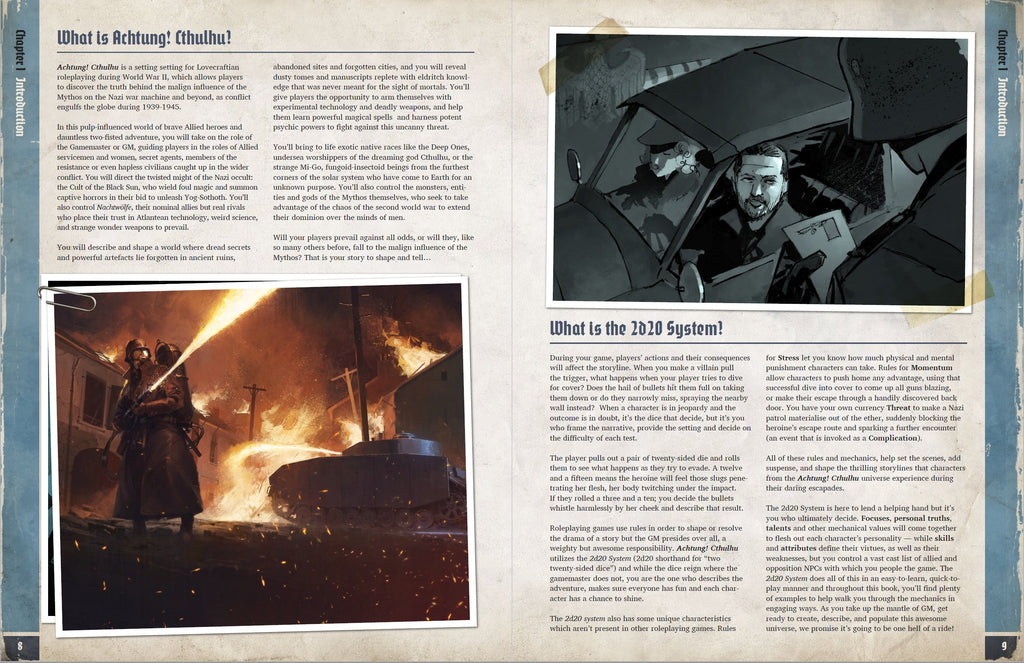 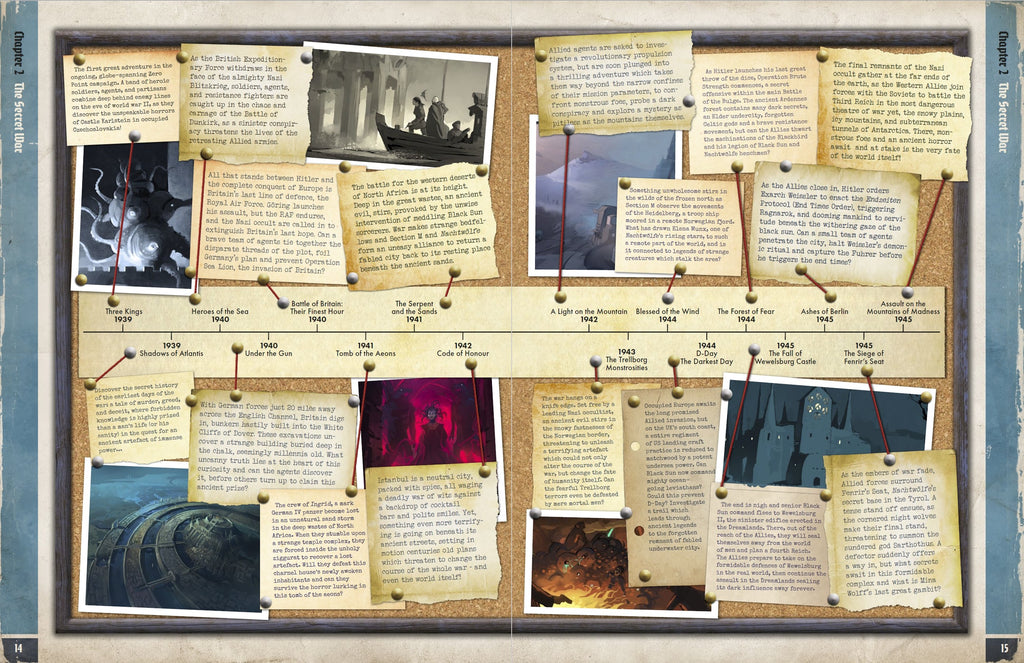 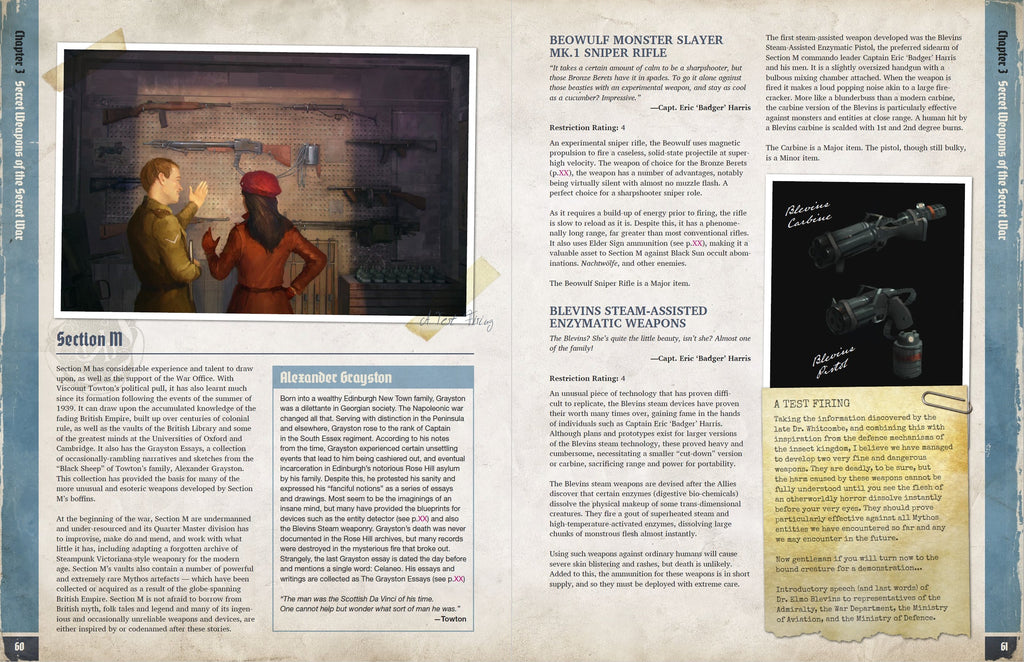 A dread tome black as the Exarch's Heart!

This terrifying tome has been liberated from the secret library of Black Sun Exarch Reinhardt Weissler himself and contains an abundance of arcane knowledge and forbidden wisdom that would challenge the sanity of Abdul Alhazred himself.

Lovingly crafted with a black leatherette cover, it features a debossed Black Sun symbol in gold foil, gold paper edging, and a Secret War Squid symbol on the spine and contains the unholy text of both the Achtung! Cthulhu 2d20 Player’s Guide and Gamemaster’s Guide in one 450+ page full colour US Letter sized definitive edition, which is sure to make you the envy of occult bibliophiles everywhere! Protect it with your strongest magical wards and charms!

What is Achtung! Cthulhu?

Achtung! Cthulhu is a setting for Lovecraftian roleplaying during World War II, which allows players to discover the truth behind the malign influence of the Mythos on the Nazi war machine and beyond, as conflict engulfs the globe during 1939-1945.

In this pulp-influenced world of brave Allied heroes and dauntless two-fisted adventure, players will take on the roles of Allied servicemen and women, secret agents, members of the resistance or even hapless civilians caught up in the wider conflict. All stand firm against the twisted might of the Nazi occult: the Cult of the Black Sun, who wield foul magic and summon captive horrors in their bid unleash Yog-Sothoth and Nachtwölfe, their nominal allies and rivals who place their trust in Atlantean technology, weird science, and strange wonder weapons to prevail.

Players will experience a world where dread secrets and powerful artefacts lie forgotten in ancient ruins, abandoned sites and forgotten cities, and peer deep into dusty tomes and manuscripts seeking to understand eldritch knowledge that was never meant for the sight of mortals. They’ll arm themselves with experimental technology and deadly weapons and learn to wield powerful magical spells or harness potent psychic powers to fight against this uncanny threat.

They’ll also encounter exotic native races like the Deep Ones, undersea worshippers of the dreaming god Cthulhu, or the strange Mi-Go, fungoid-insectoid beings from the furthest corners of the solar system who have come to Earth for an unknown purpose. Towering over them all are the monsters, entities and gods of the Mythos themselves, who seek to take advantage of the chaos of the second world war to extend their dominion over the minds of men.

Will your heroes prevail against all odds, or will they, like so many others before, fall to the malign influence of the Mythos? That is your story to tell…