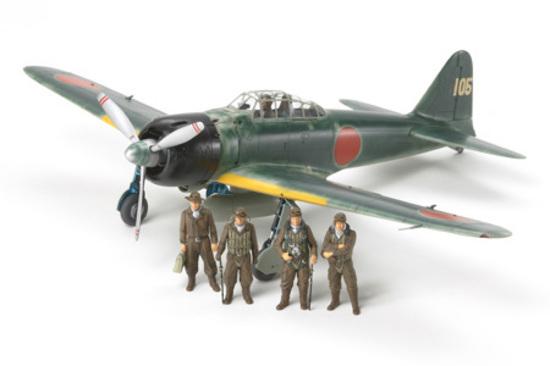 The Mitsubishi A6M3/3a Zero fighter is known for attacking on Pearl Harbor in December 1941. Model 32 was used in the summer of 1942 and featured superior high-altitude performance and increased top speed. However, the planes heavy design, reduced fuel capacity, and short wingspan resulted in reduced flight range. Because of this only 343 Model 32 planes were built. As a result, Model 22 was built in 1943 to correct the deficiencies of the previous model. This version featured an 11m wingspan, lower drag to increase speeds to 420 mph and new in-wing fuel tanks to regain a longer flight range.