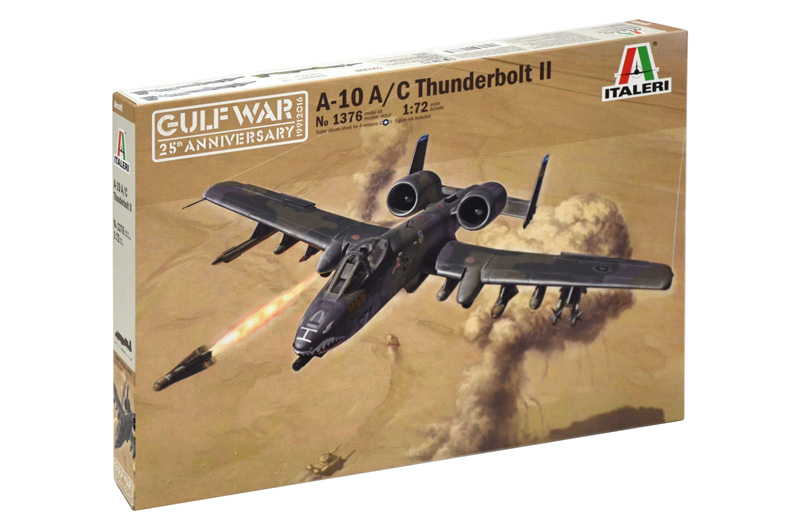 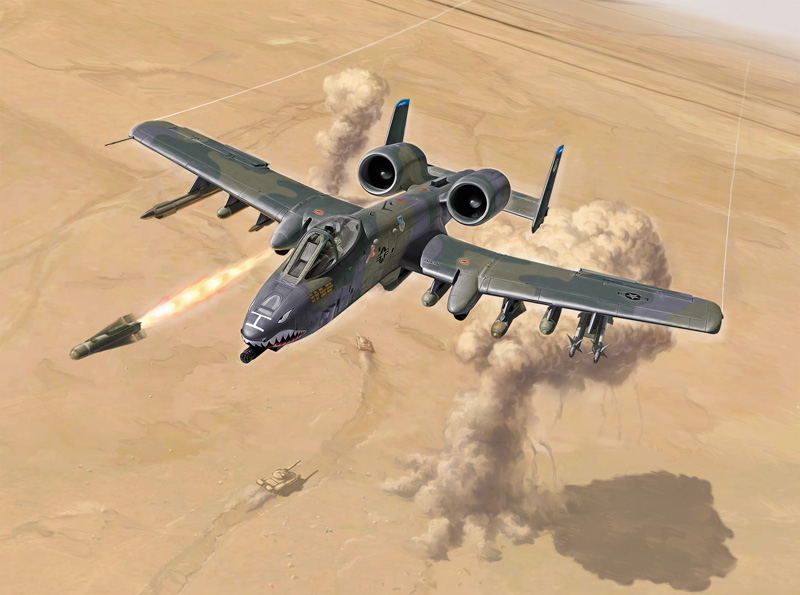 The A-10 Thunderbolt II was developed by Fairchild Republic in the seventies with the purpose to create, accordingly the needs of USAF, a powerful aircraft capable to perform close air support missions including attacking tanks and armoured vehicles. The Thunderbolt II is heavily armoured and exceptionally tough. It is characterised by the two General Electric turbofan engines and the adoption of one of the most powerful aircraft gun ever flown : the 30 mm. GAU-8/A Avenger Gatling. Thanks to its eleven underwing and under fuselage pillars, the A-10 can carry an impressive offensive pay-load. The A-10 was used in combat for the first time during the Gulf War in 1991 and it has showed its operational effectiveness destroying more than 900 enemy tanks.