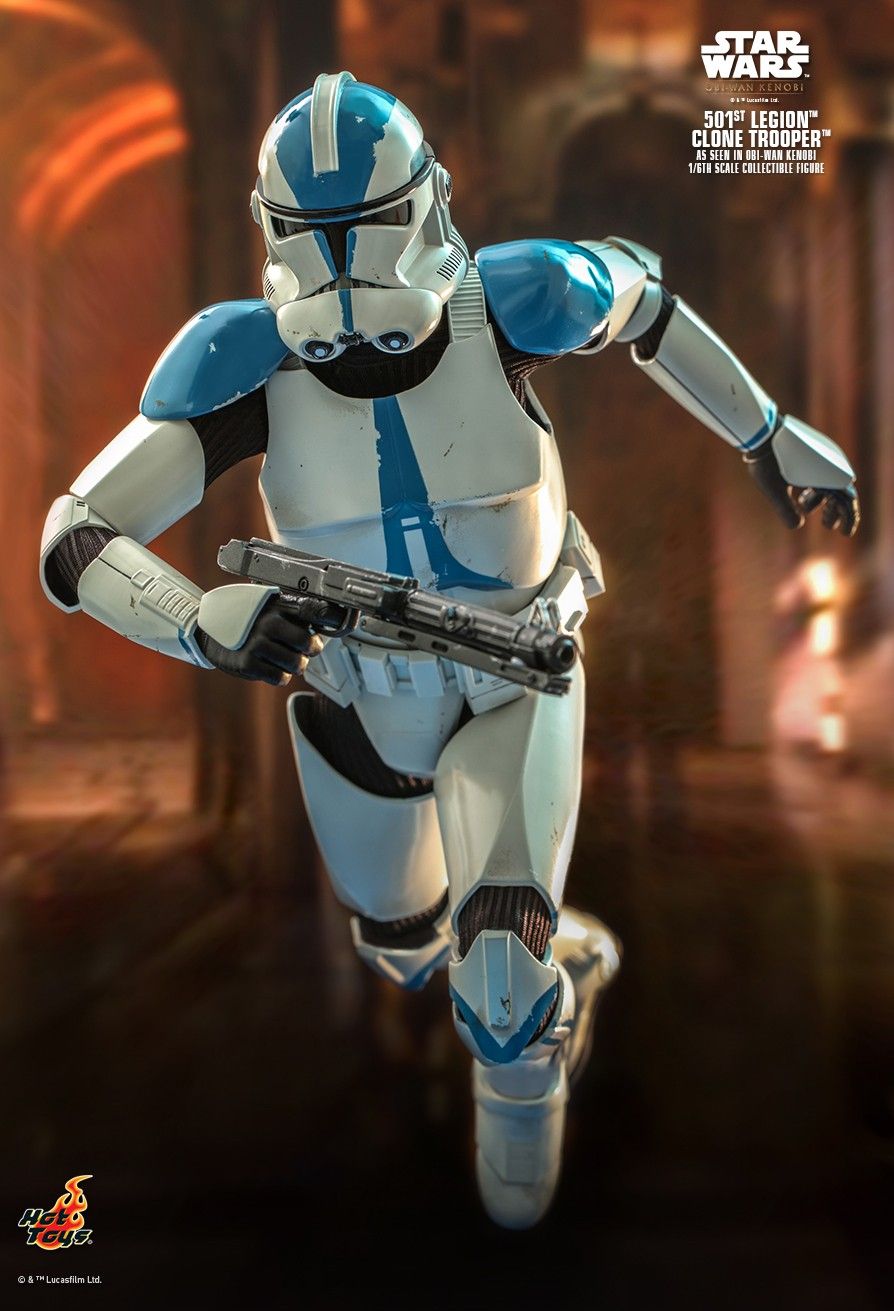 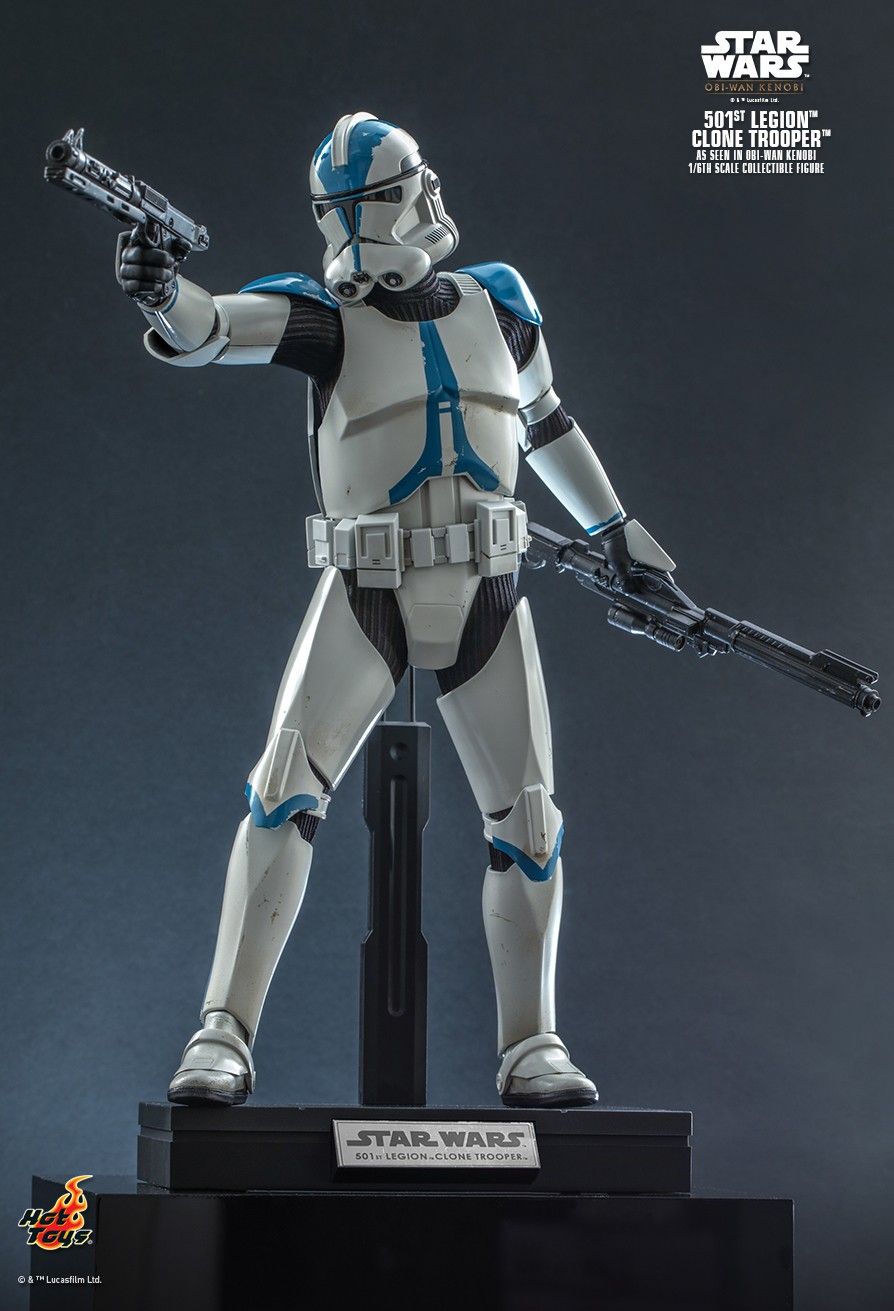 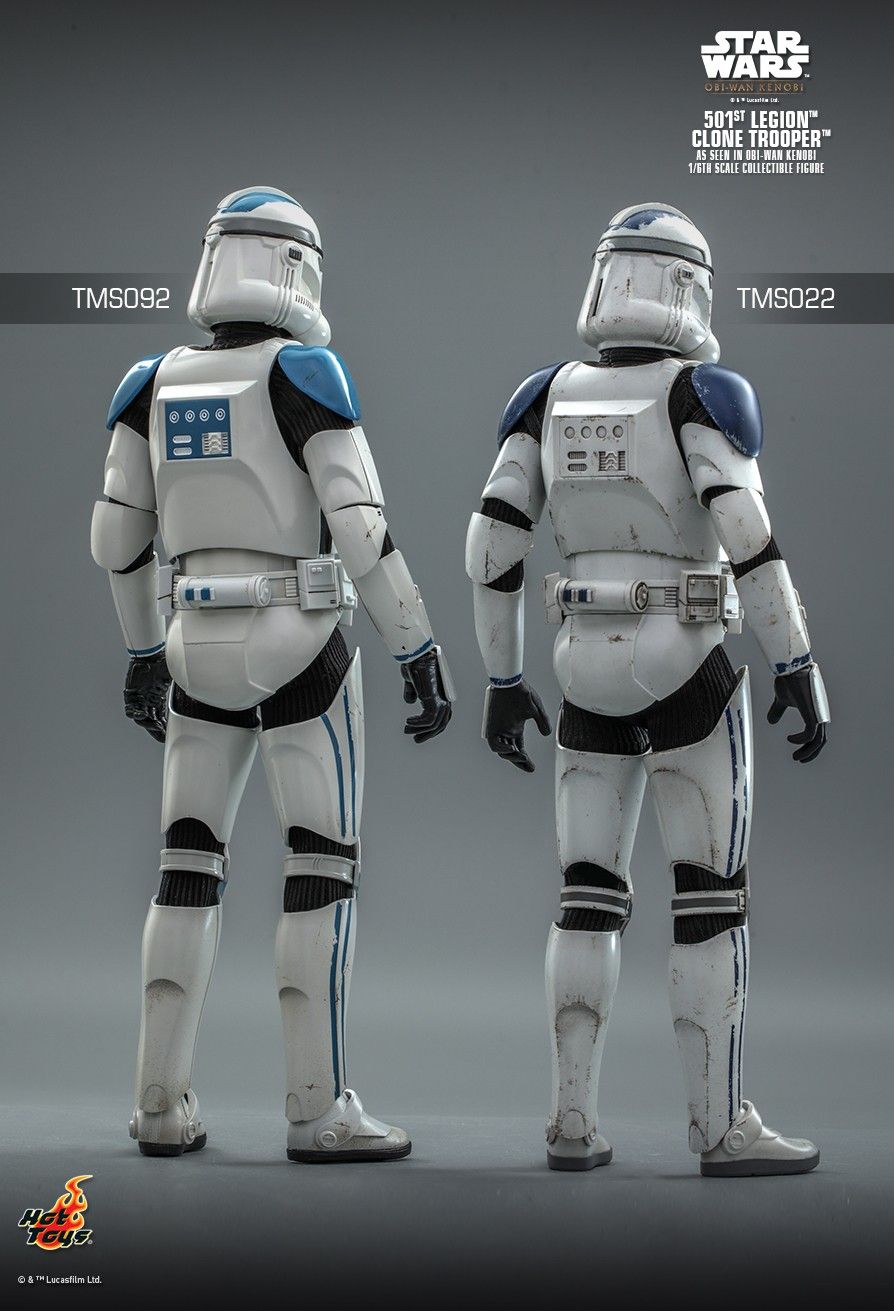 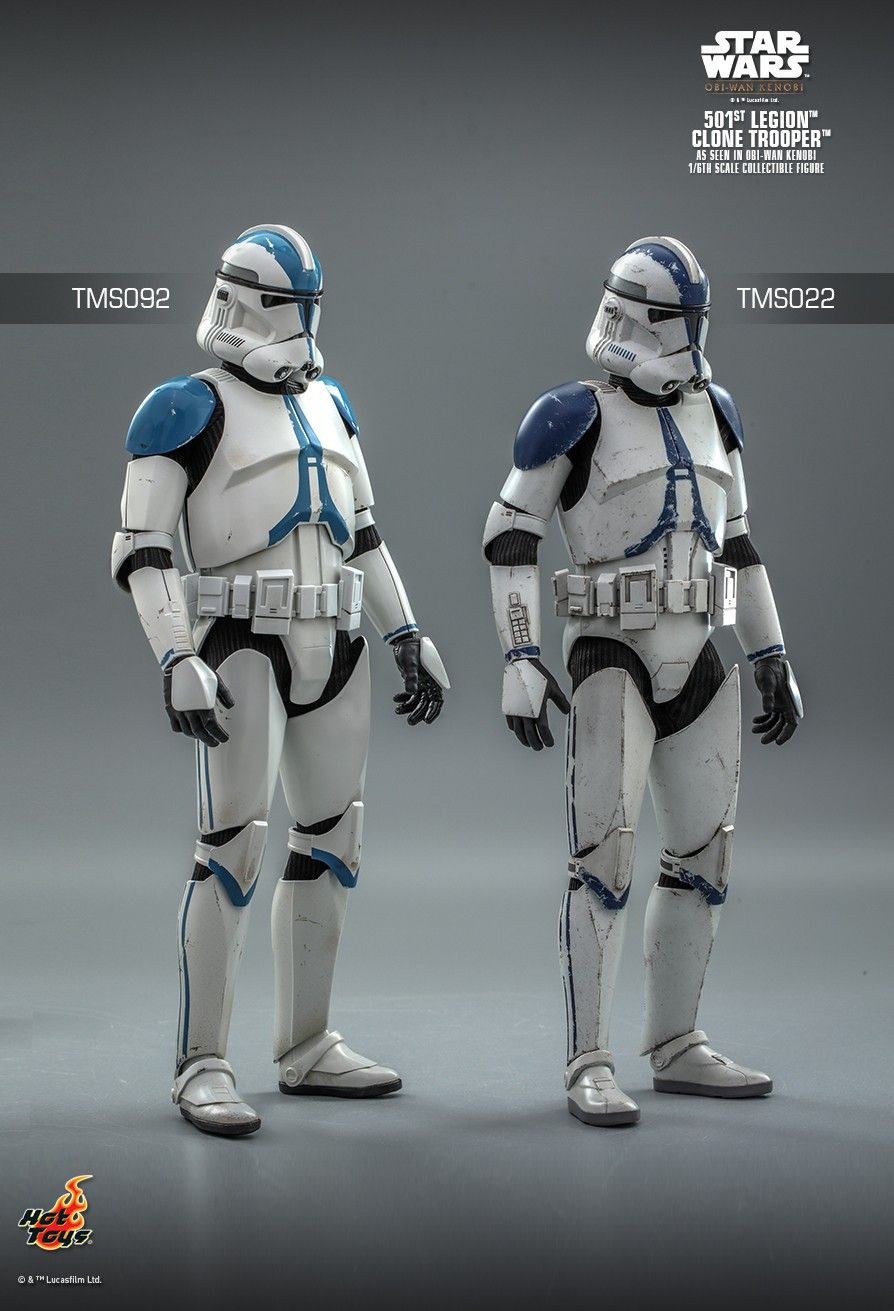 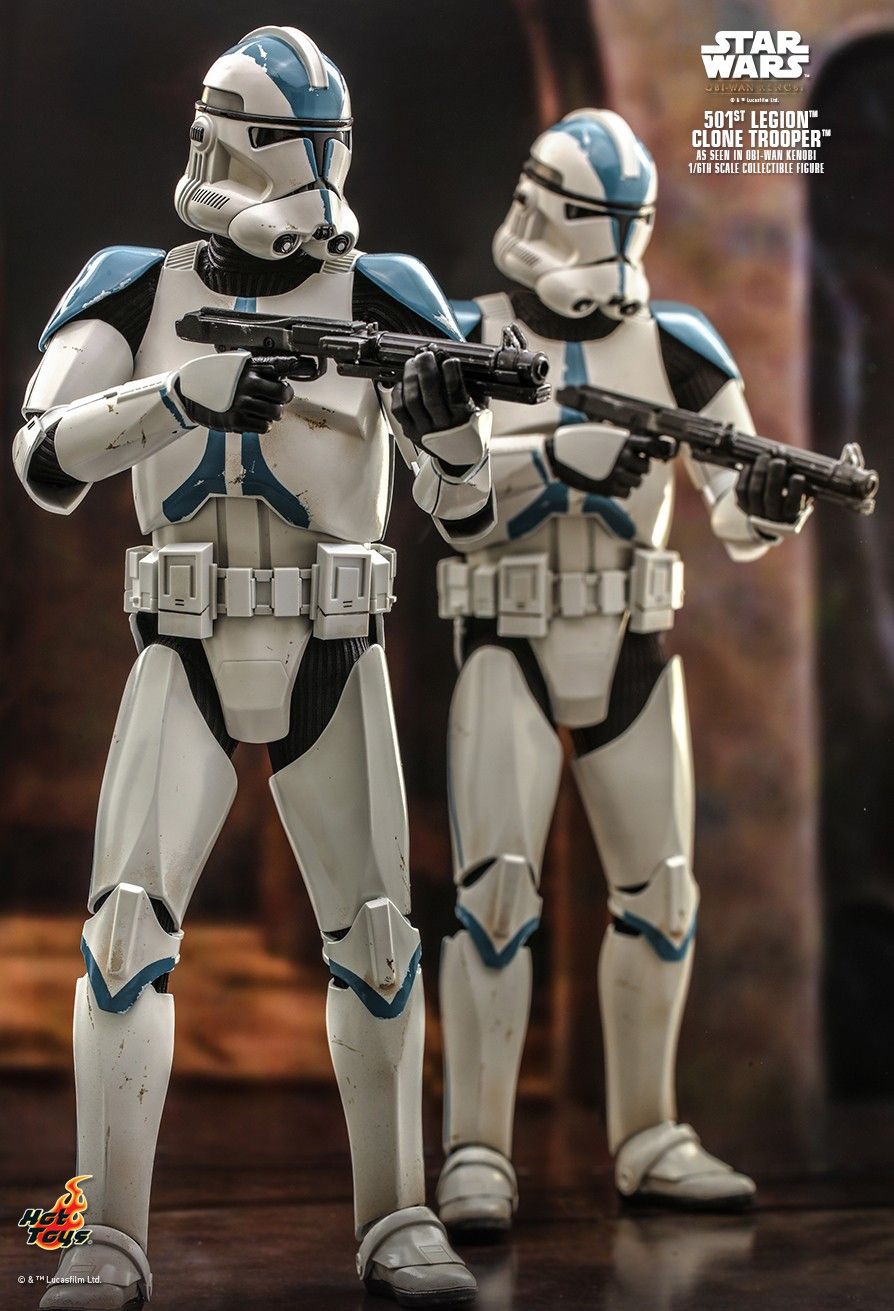 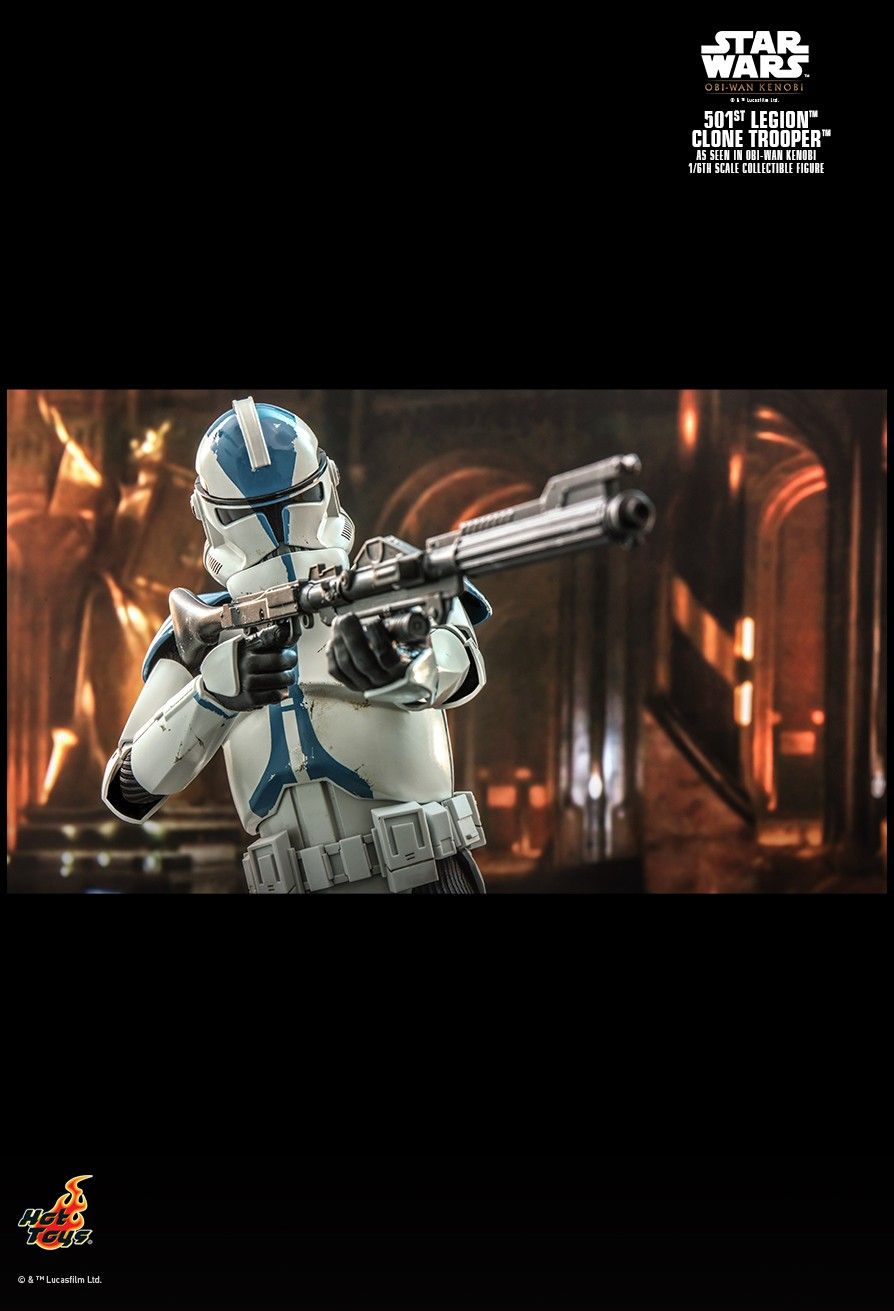 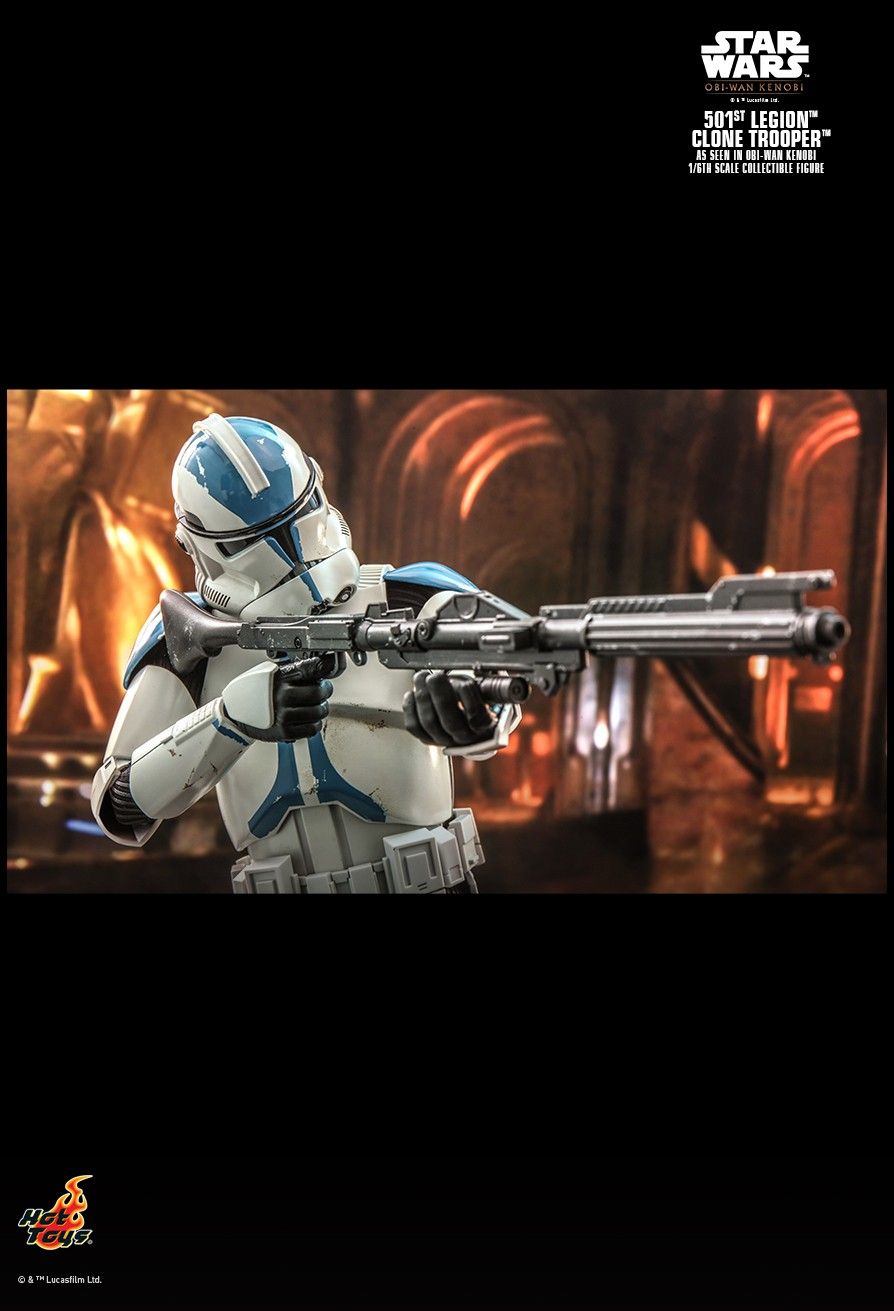 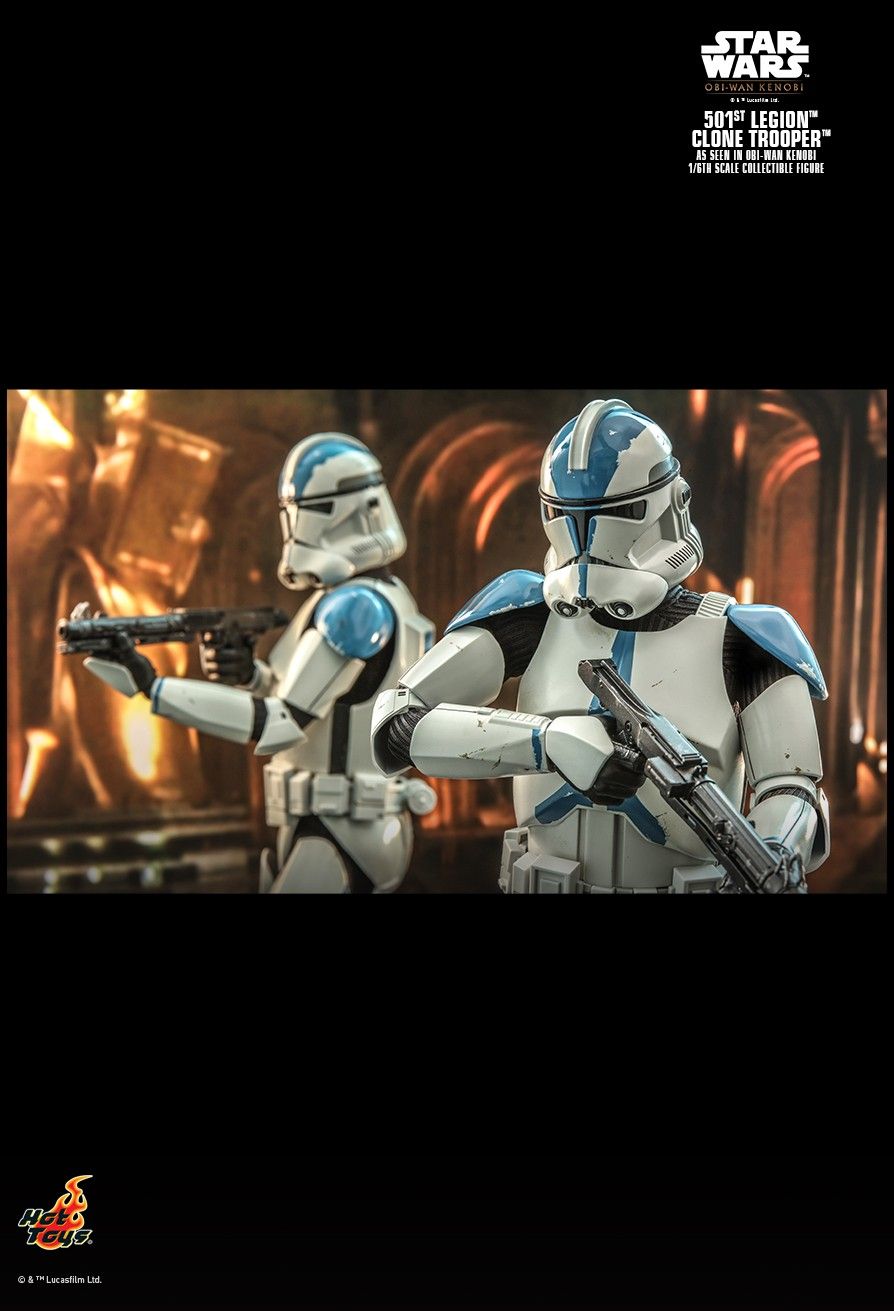 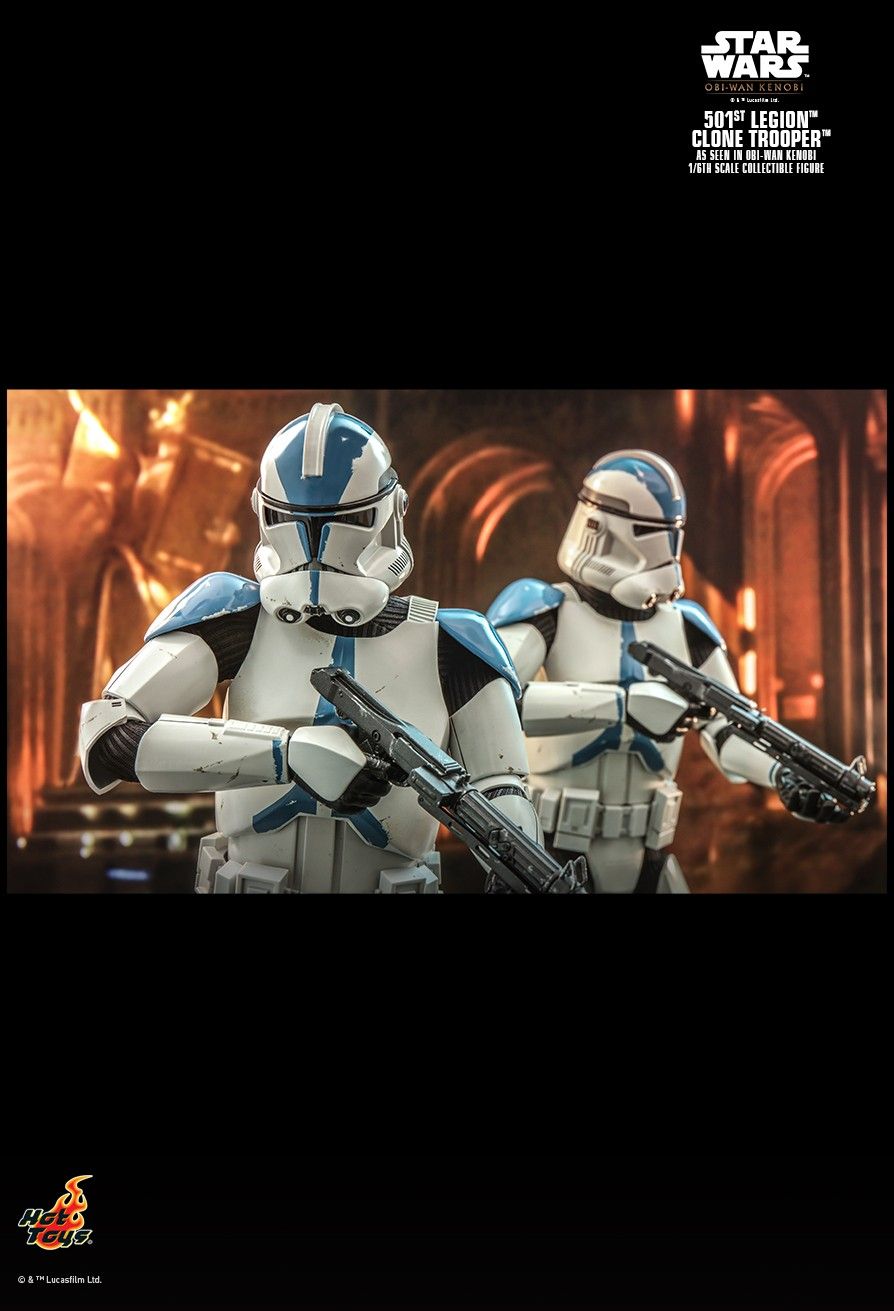 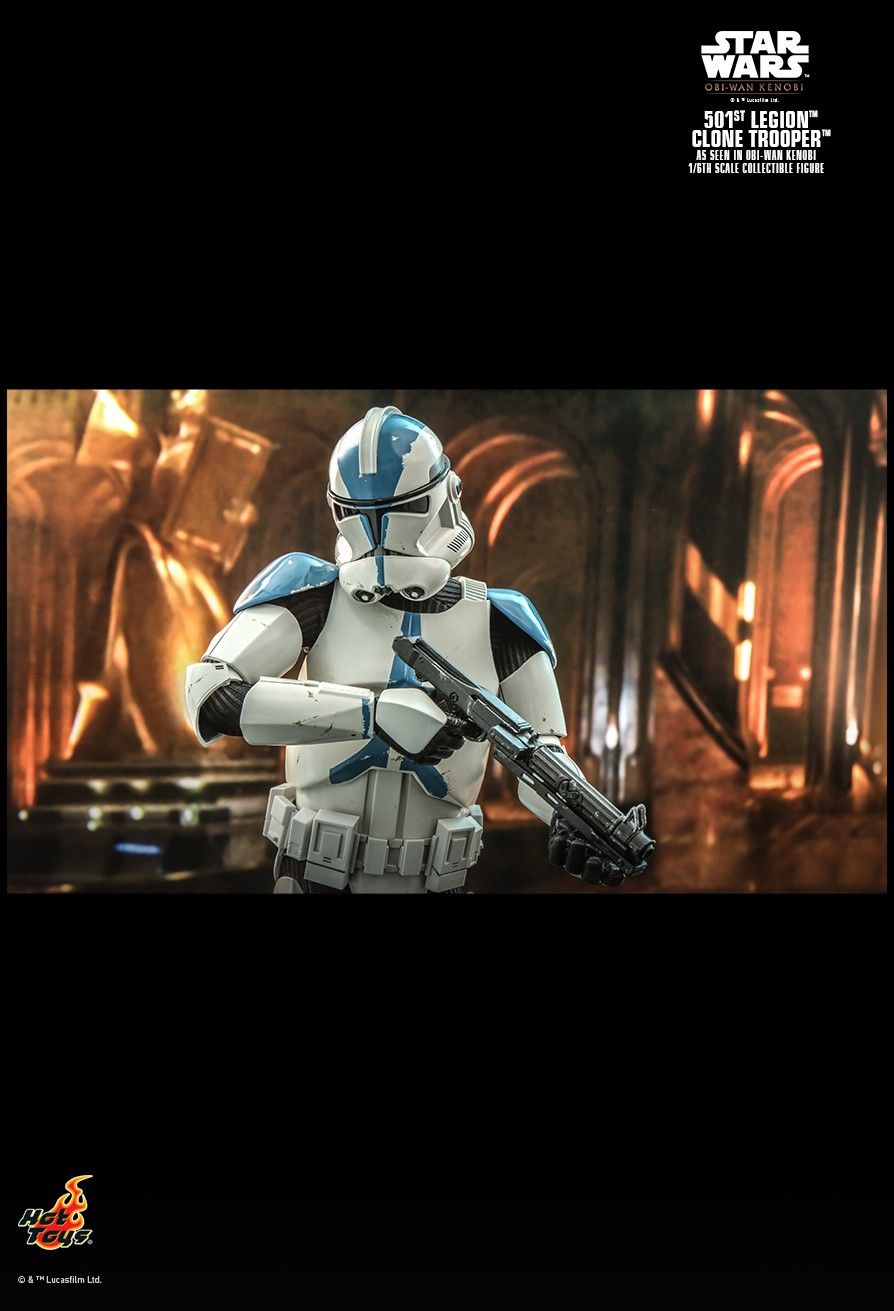 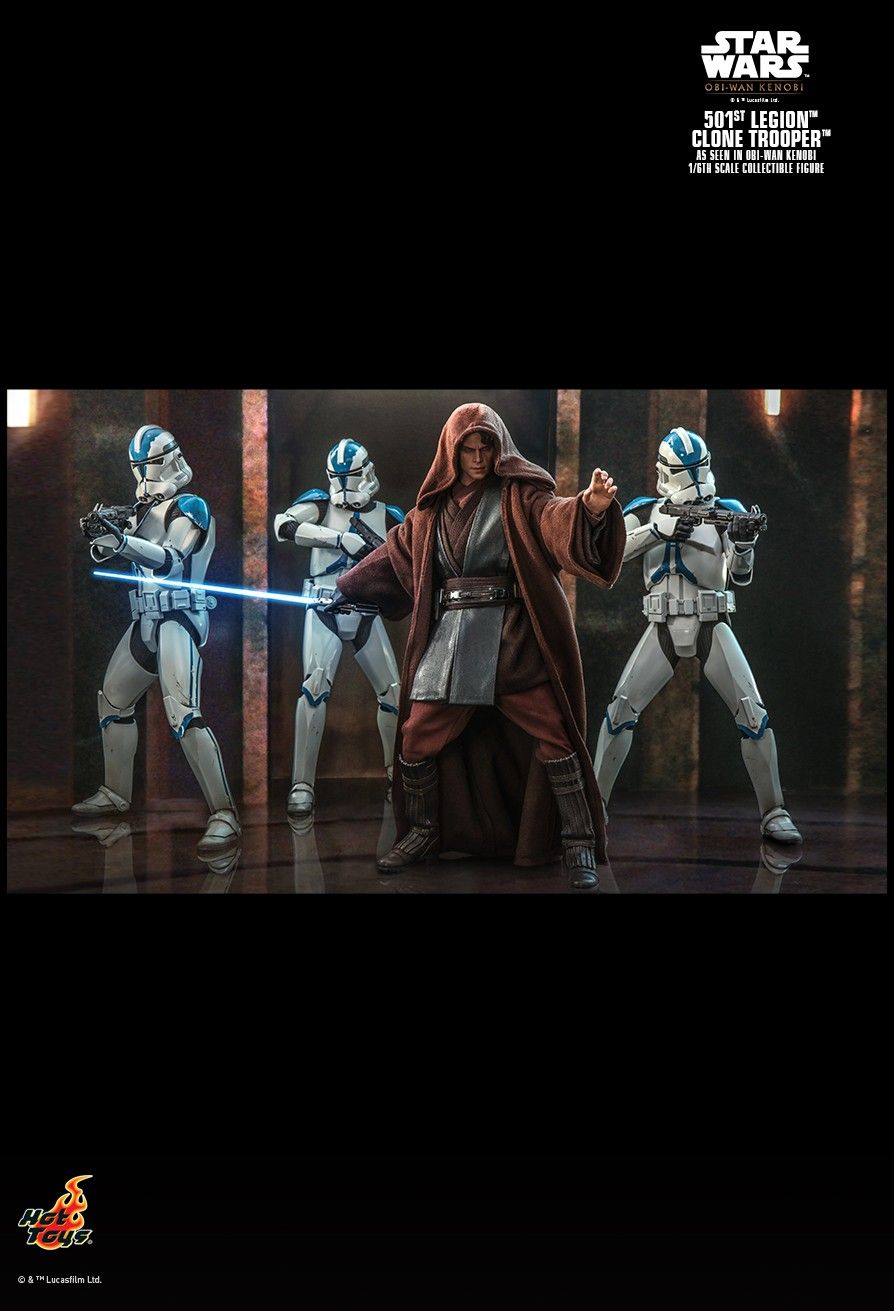 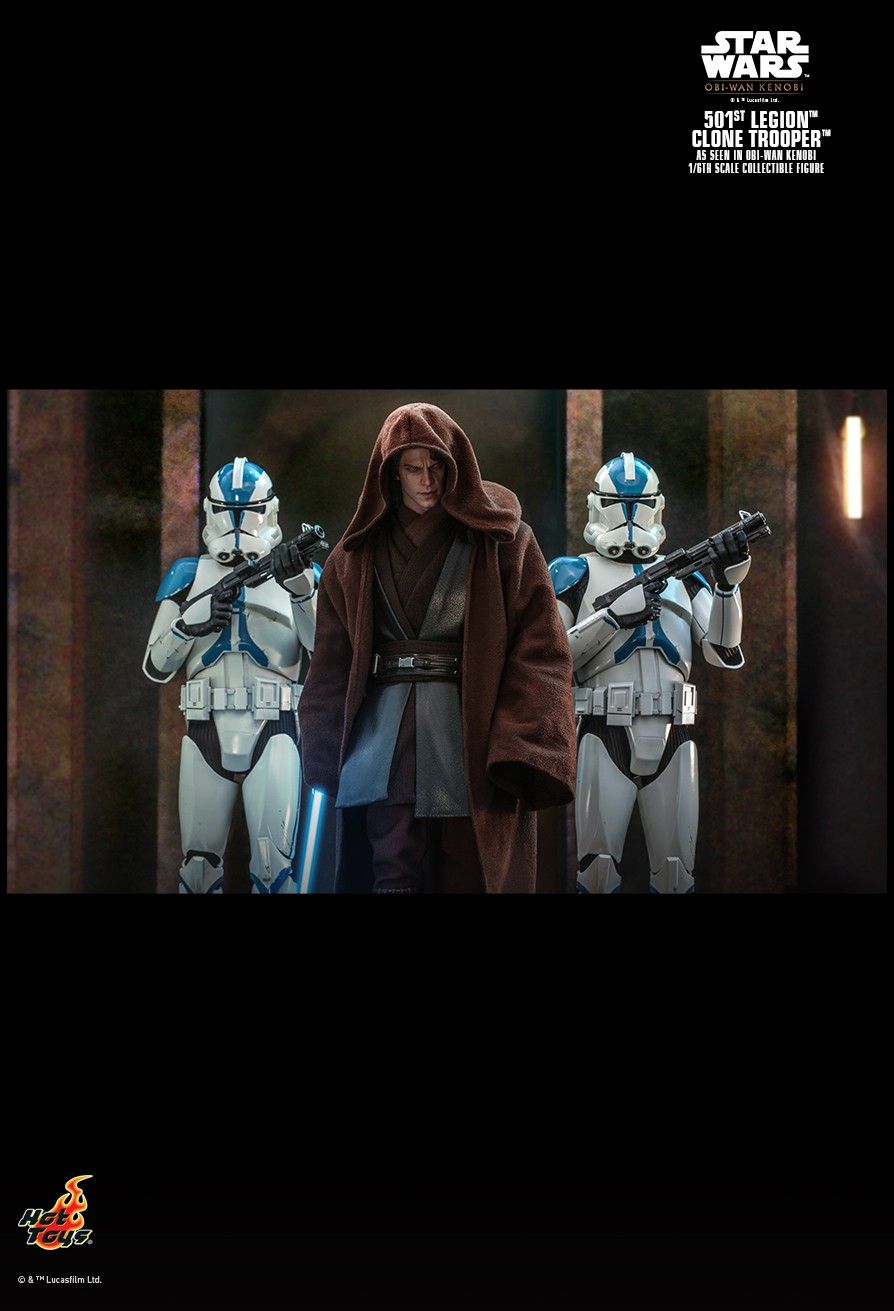 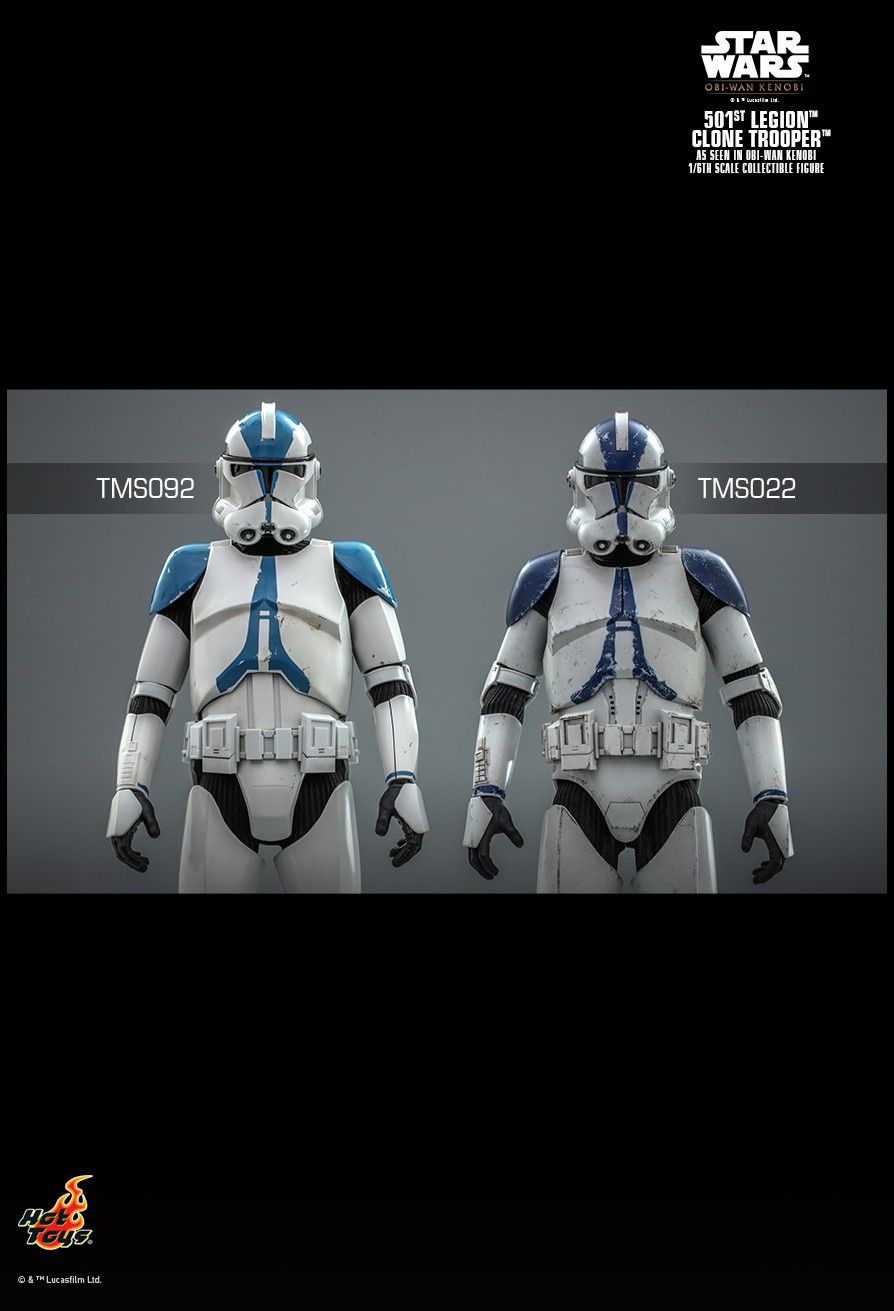 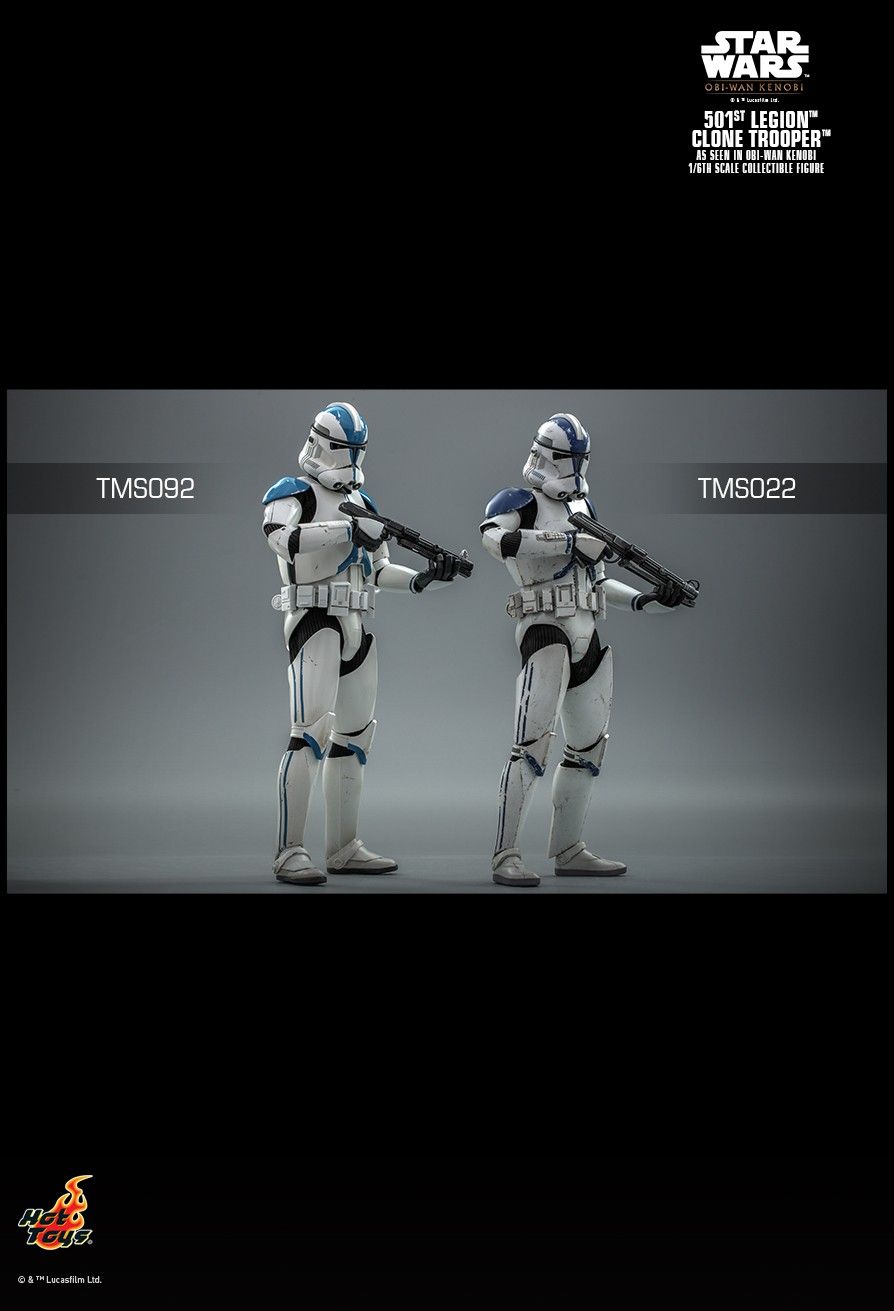 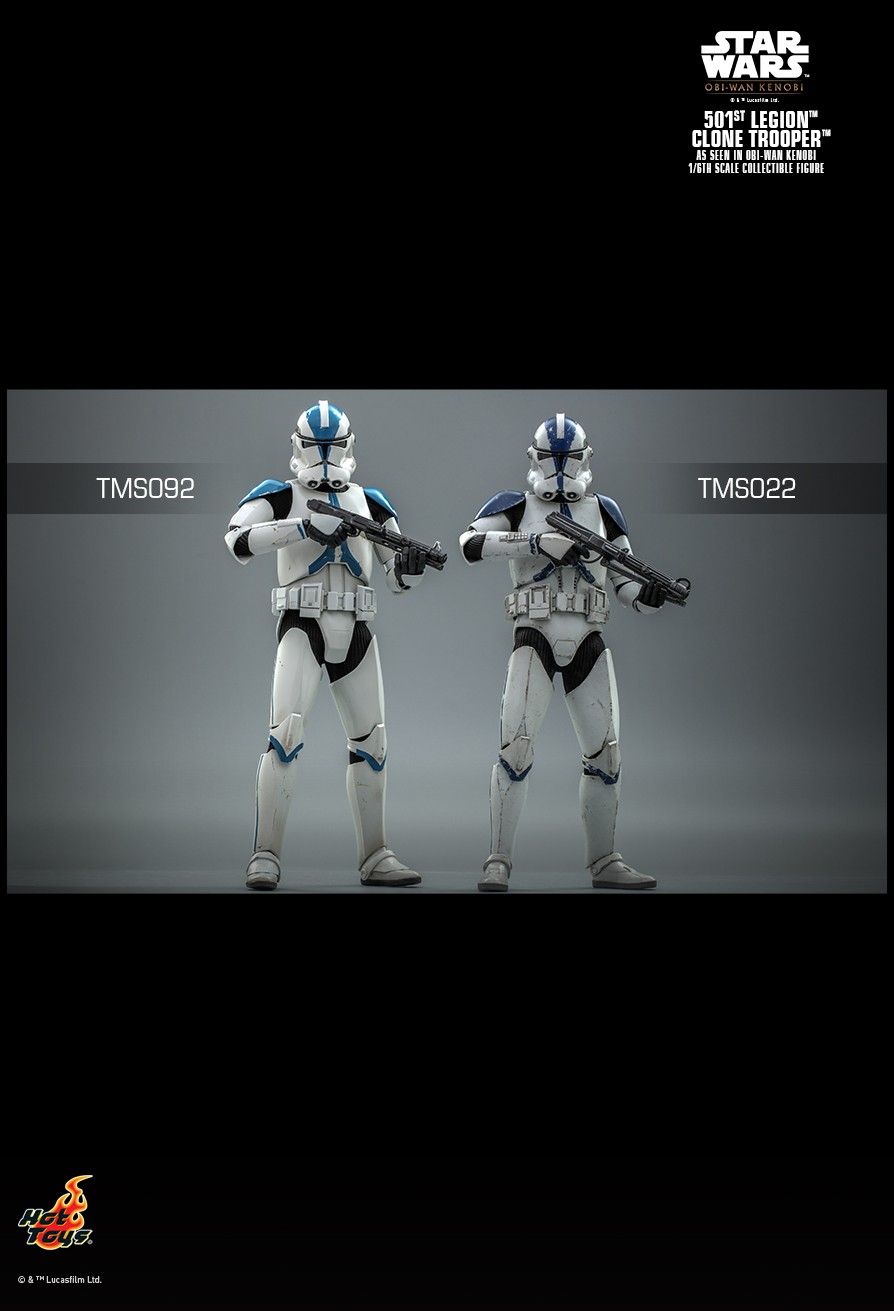 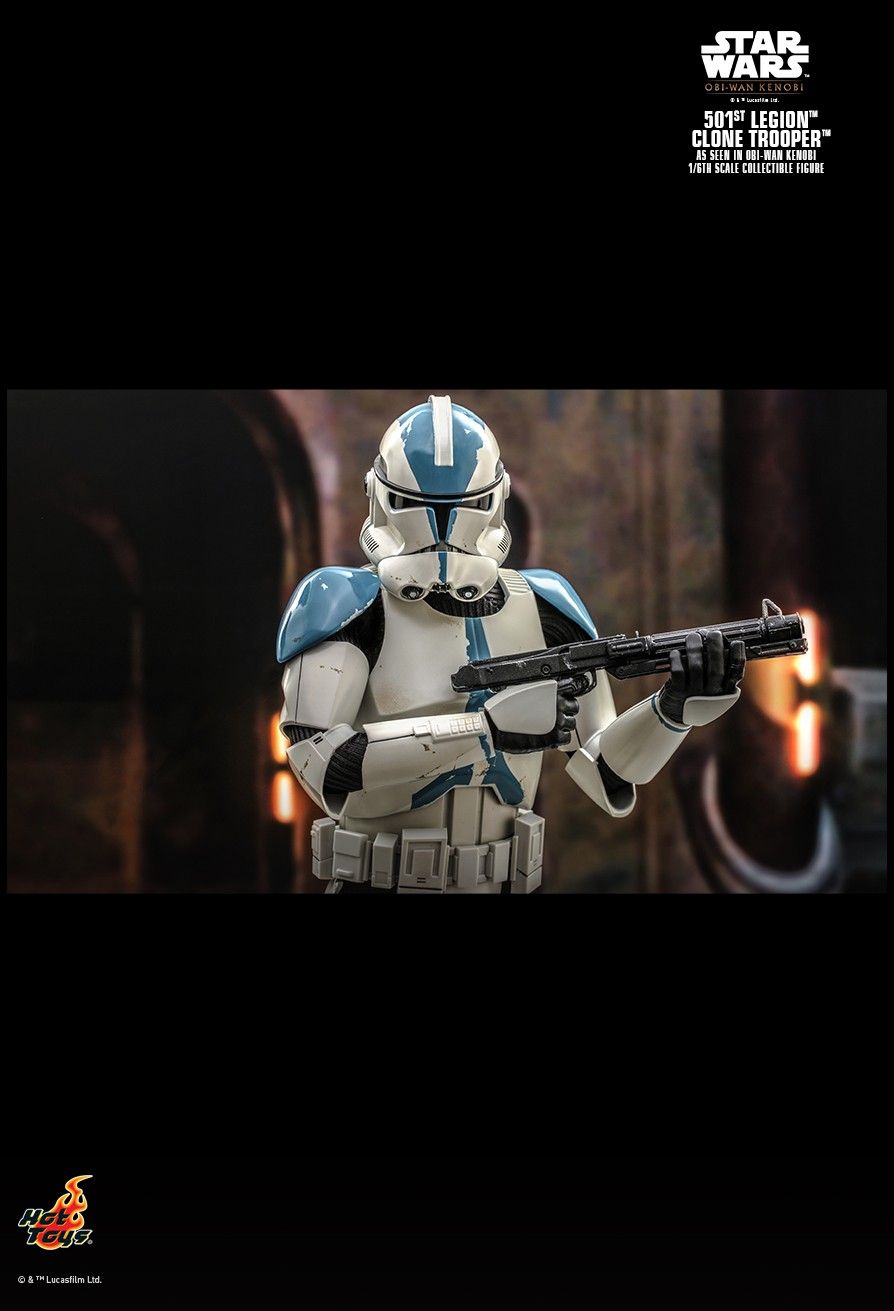 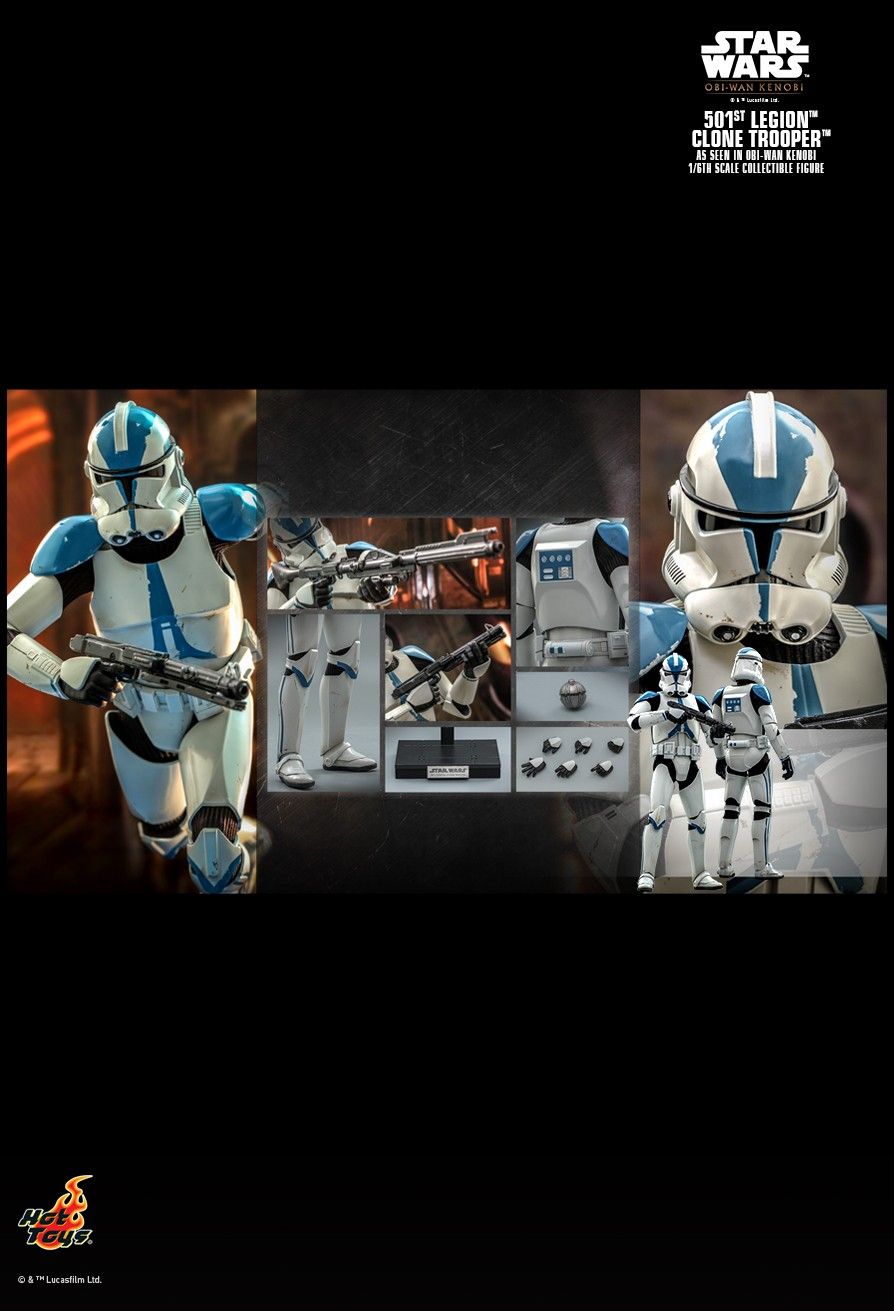 Led by Captain Rex™, the 501st Legion is a tight-knit squadron of clone troopers known for their strength of character and unwavering loyalty. However, when they received the treacherous Order 66 from Palpatine™, they assisted Darth Vader™ in hunting down all the Jedi present at the Jedi Temple on Coruscant™.

This collectible figure is equipped with newly developed Clone Trooper helmet and armor in 501st Legion’s white and blue color design, a specialized under-suit, a heavy blaster, a blaster pistol, a thermal detonator, and a display base.