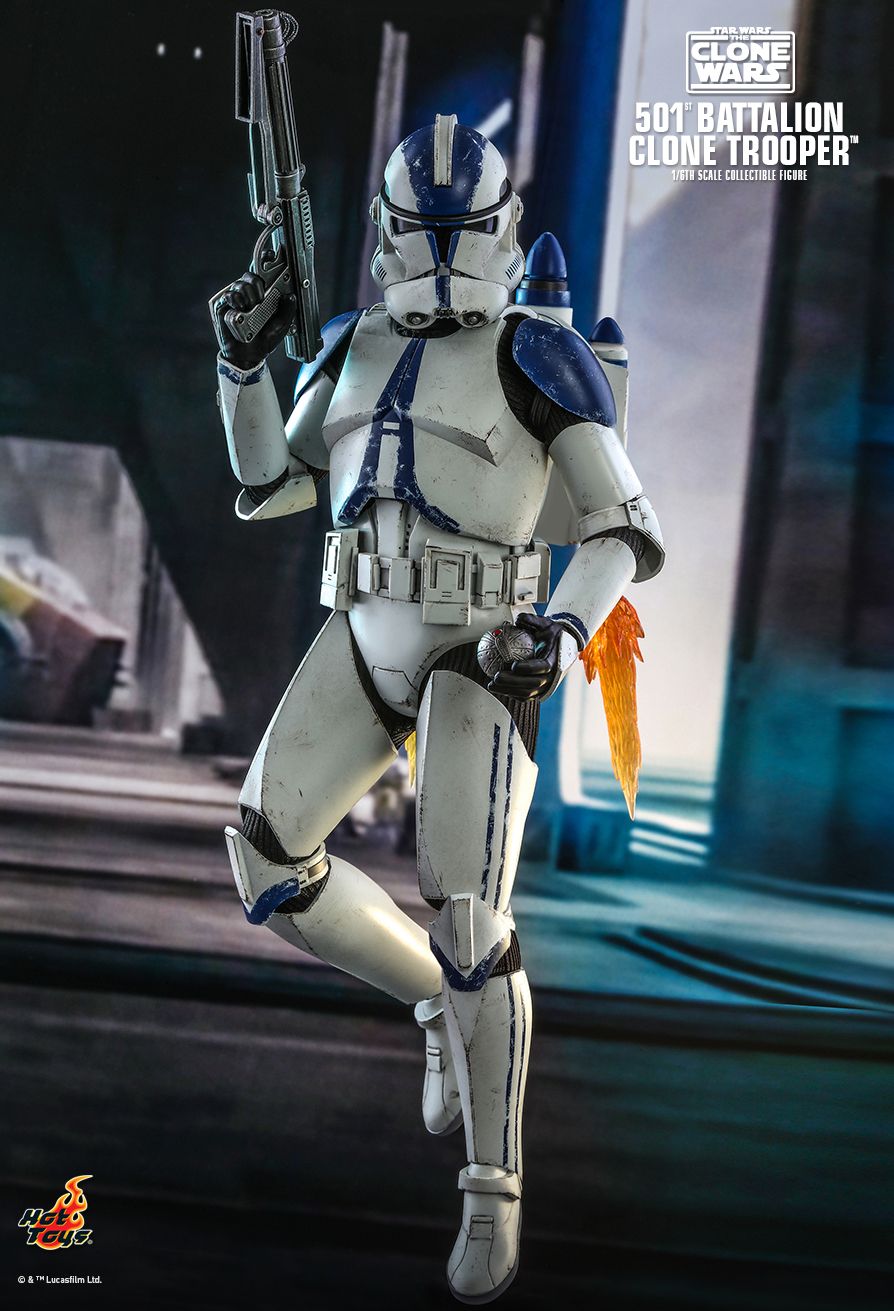 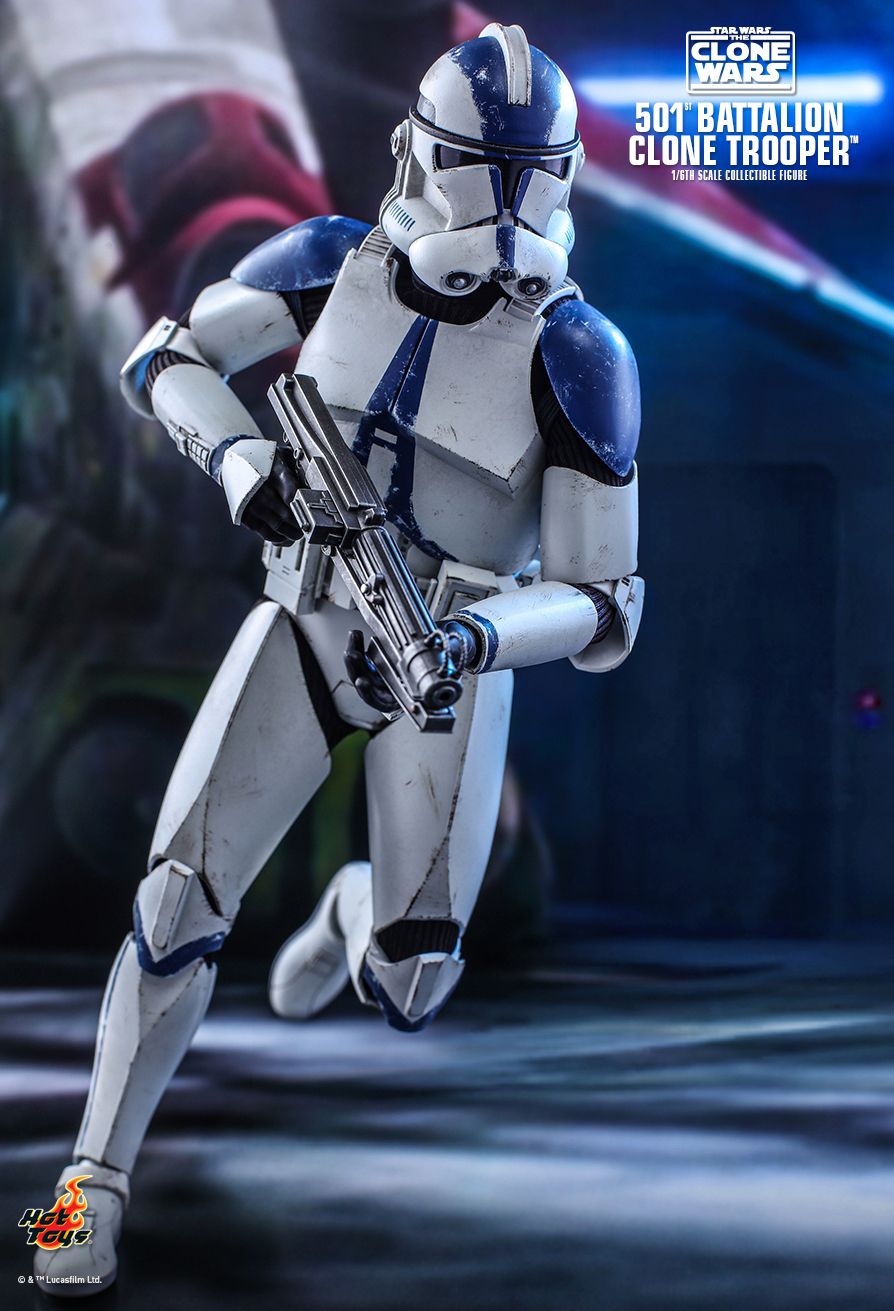 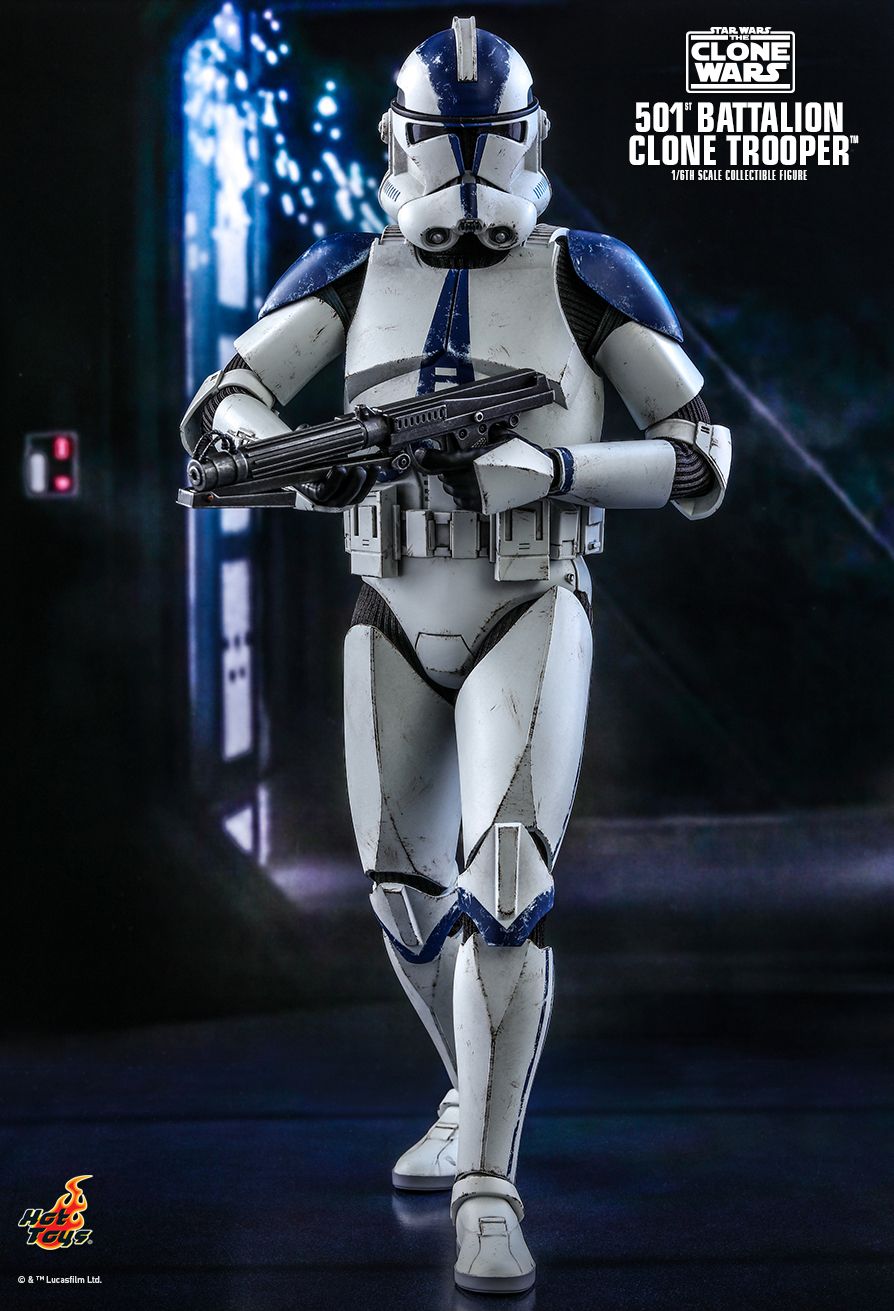 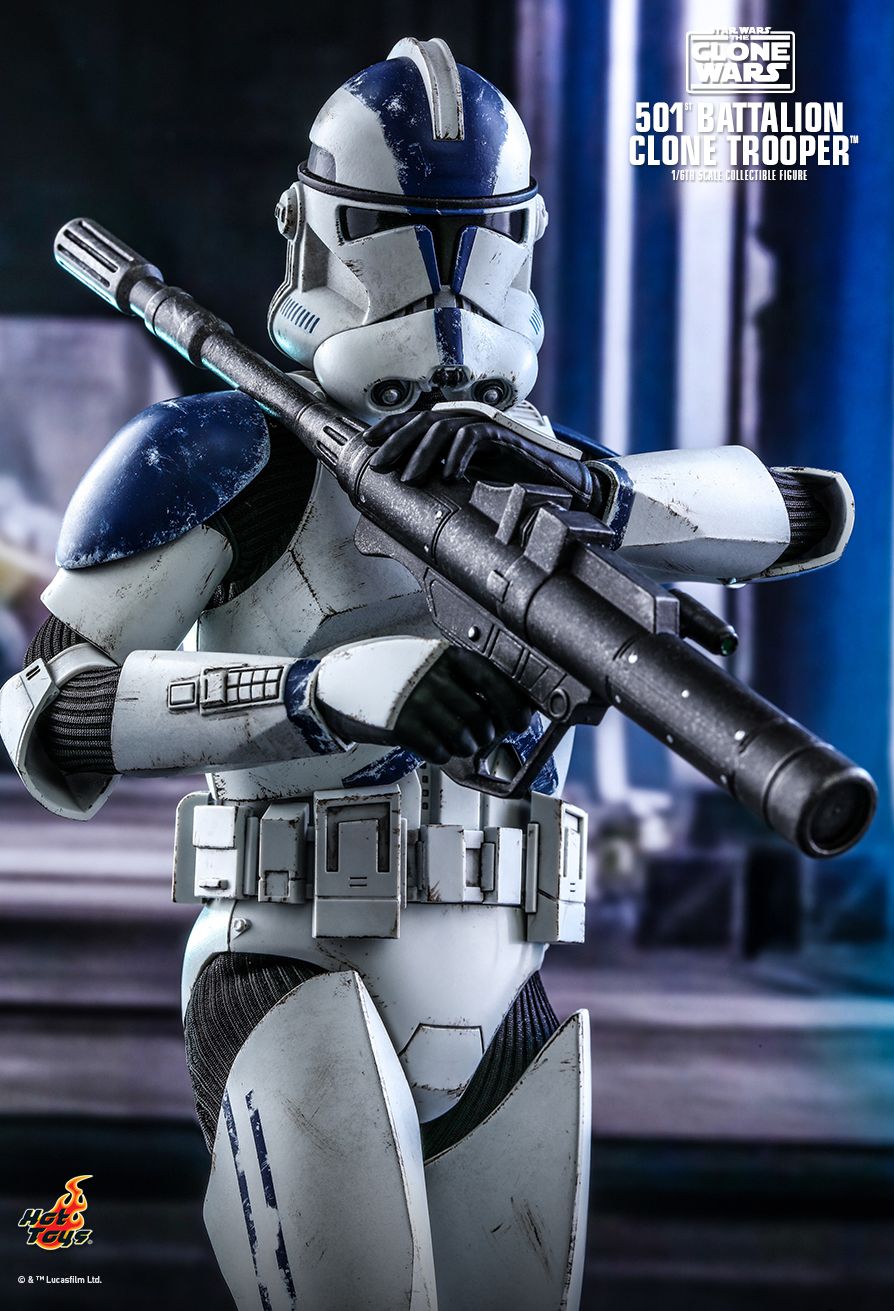 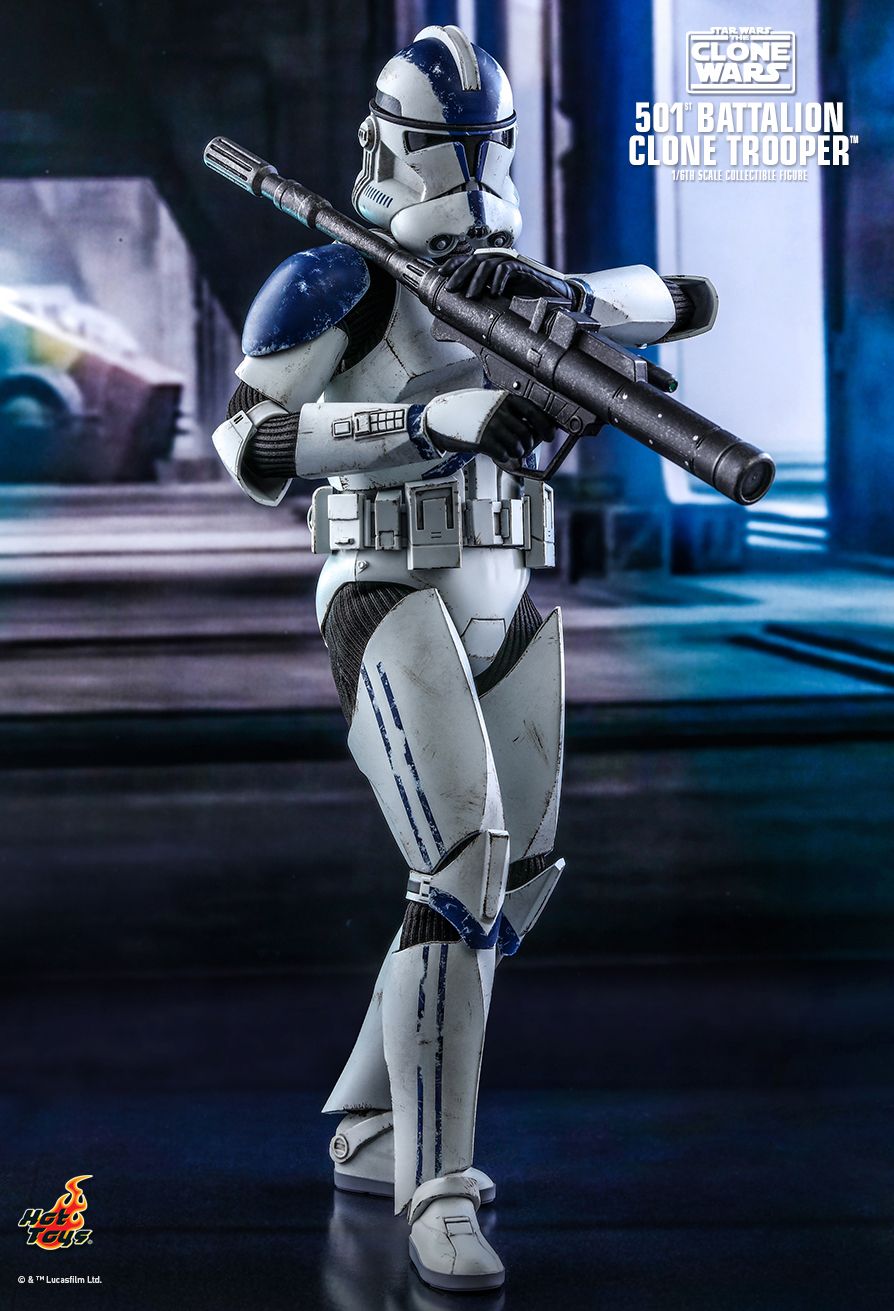 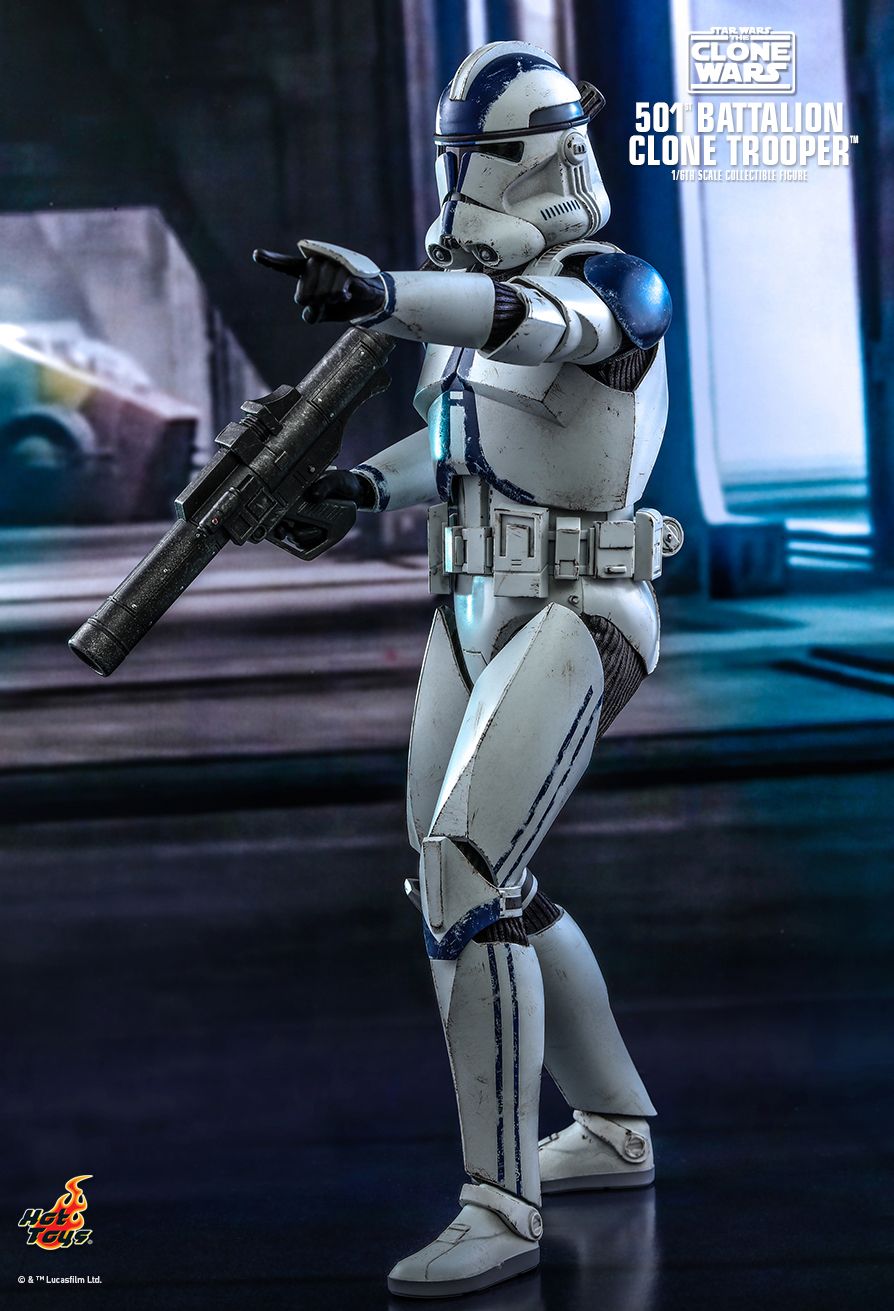 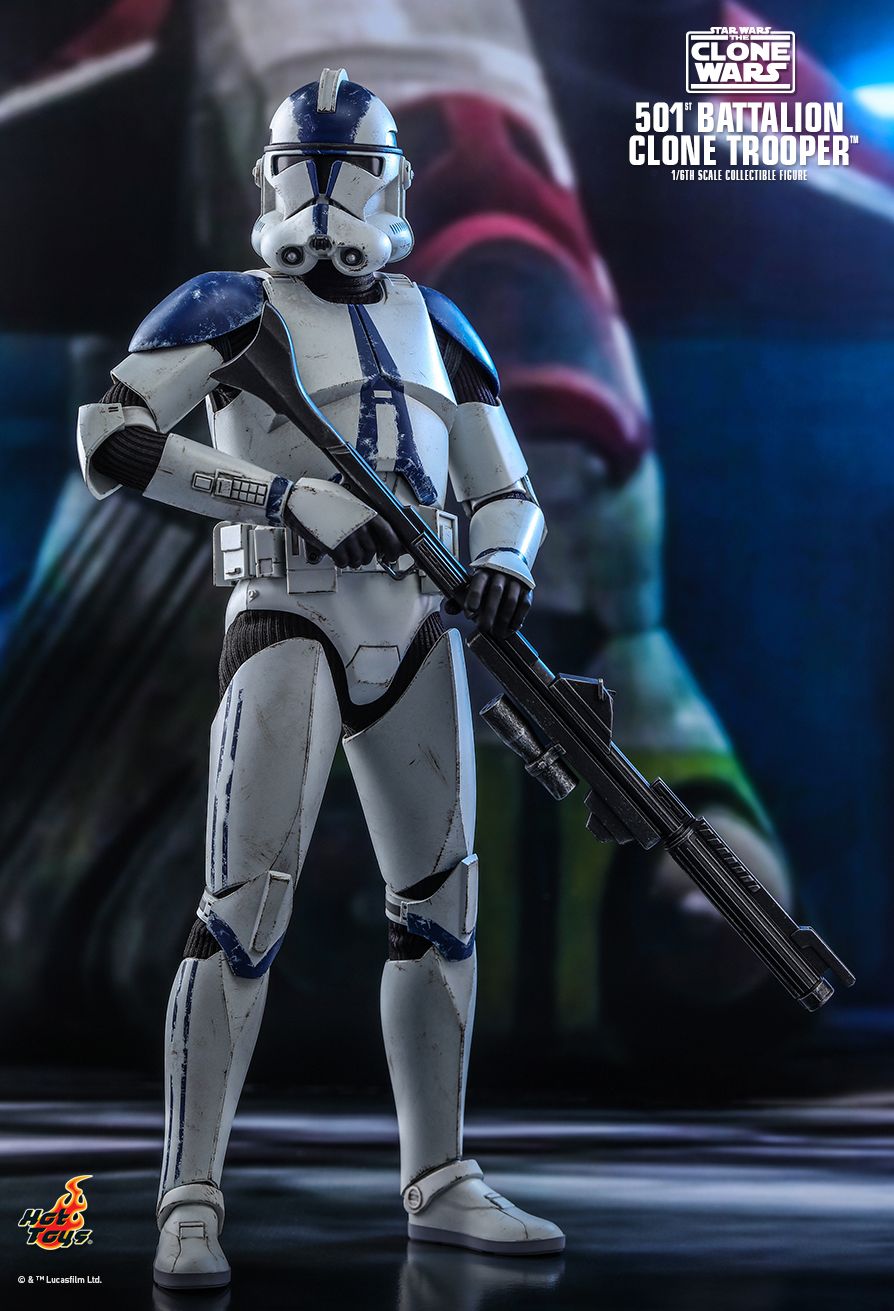 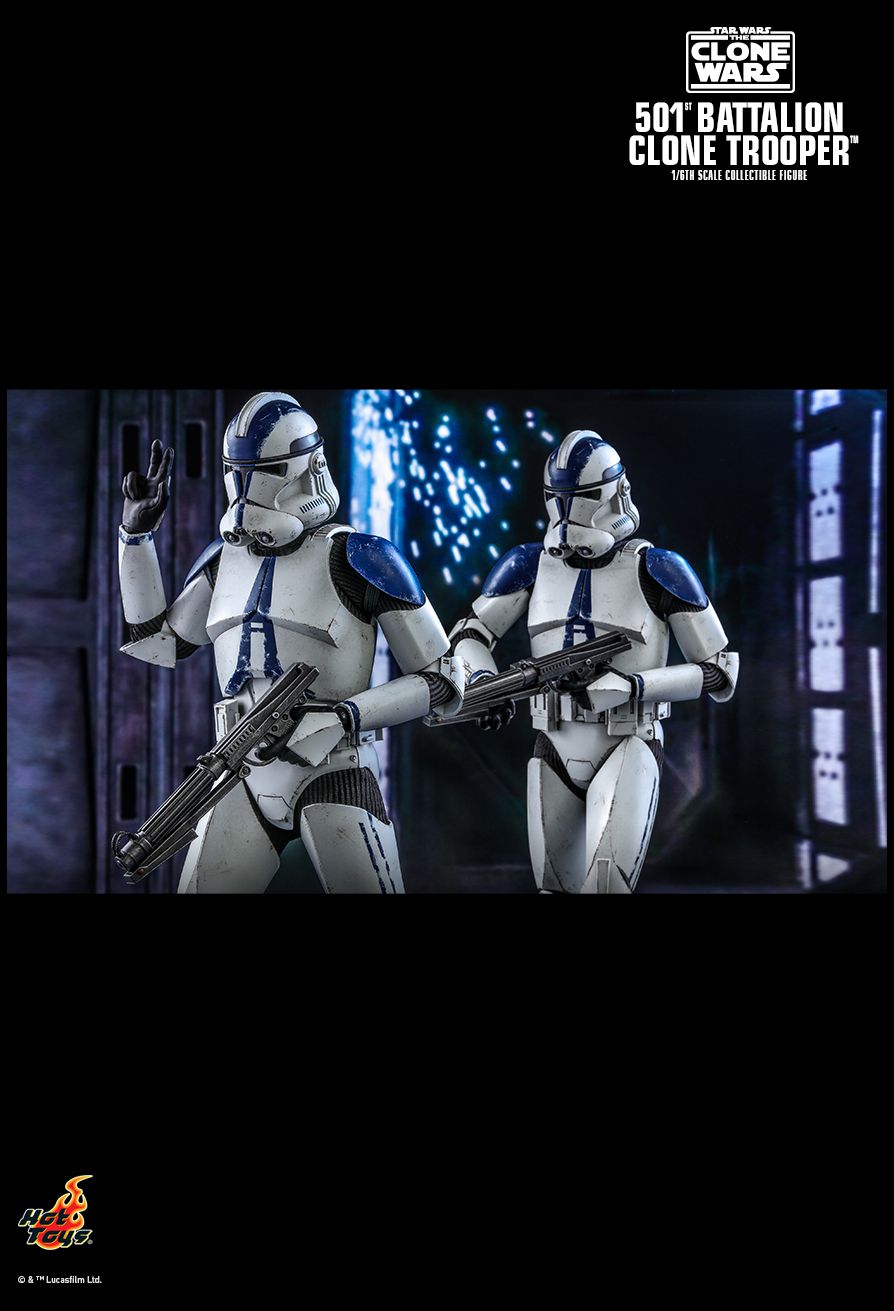 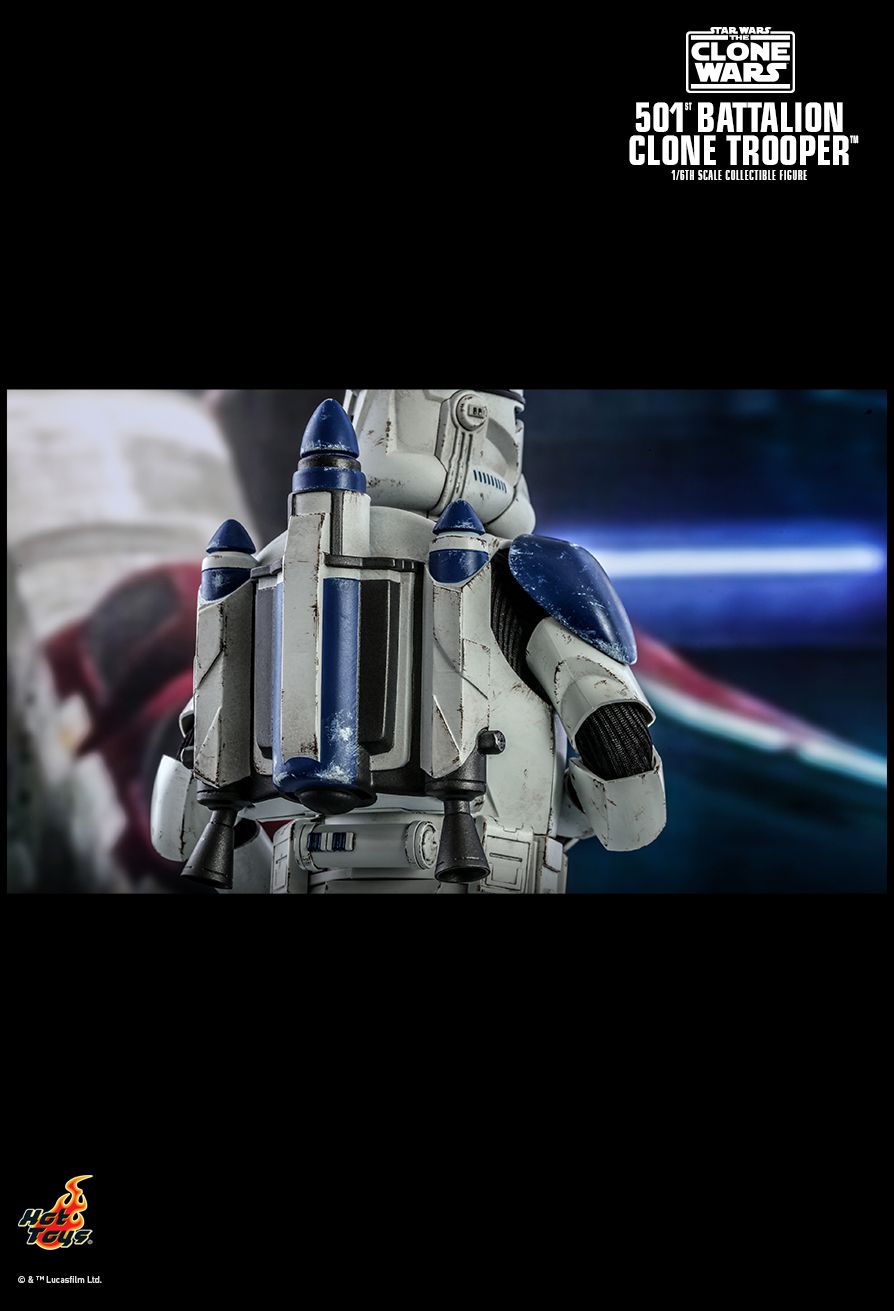 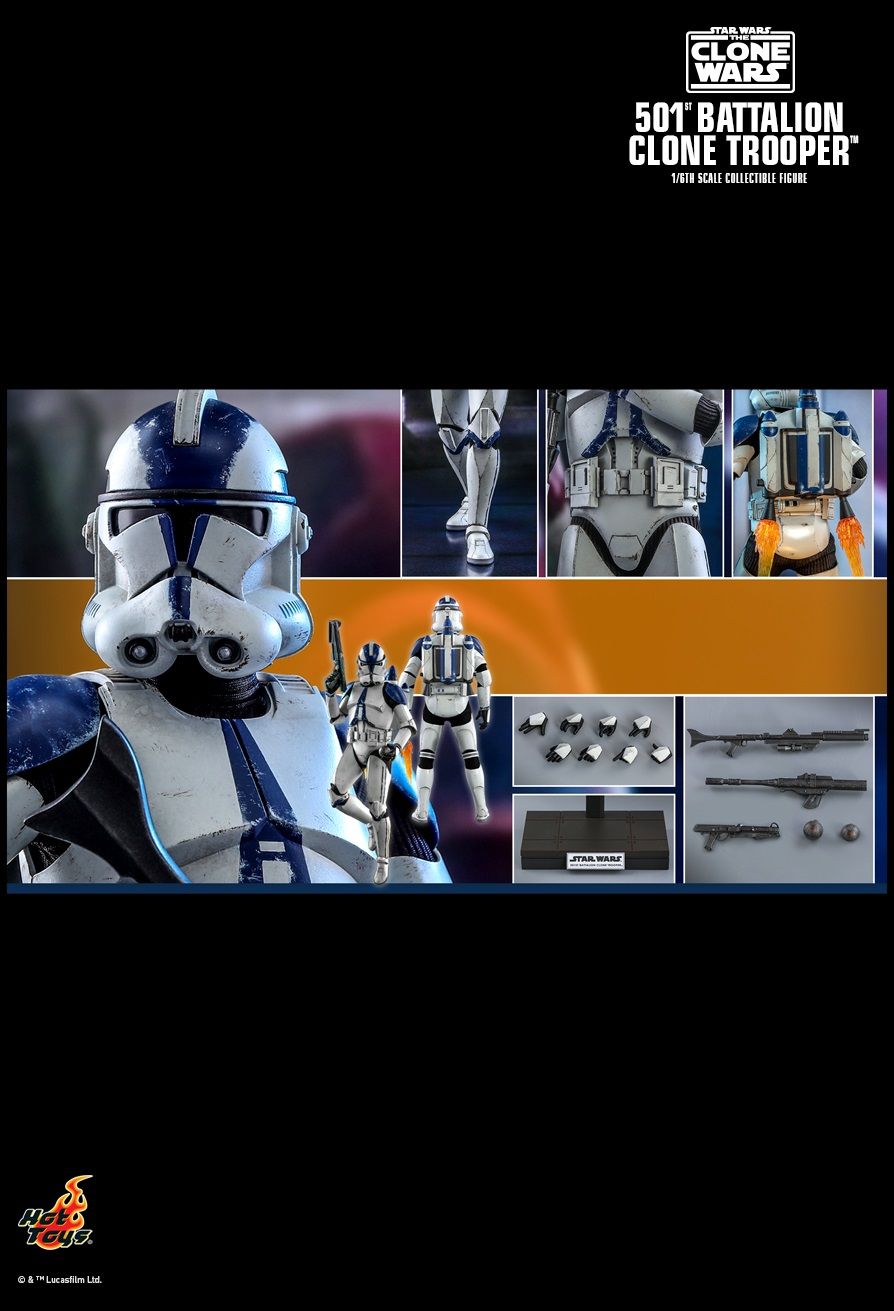 Led by Captain Rex™, the 501st Legion is a tight-knit squadron of clone troopers known for their strength of character and unwavering loyalty. Upon being reunited with Ahsoka Tano™, the soldiers of the 501st show their allegiance to their former commander by altering their clone armor in homage for her Togruta™ markings.

Sideshow and Hot Toys is delighted to continue expanding the Star Wars: The Clone Wars collectible series by presenting the 1:6th scale Clone Trooper from the 501st Battalion in this critically acclaimed animated series!

The highly-accurate collectible figure is specially crafted based on the iconic Clone Troopers in Star Wars: The Clone Wars featuring meticulously crafted and finely detailed recreation of Clone Trooper armor and helmet, skillfully applied weathering effects, a range of weapons, a jetpack and a display base!

Star Wars fans don’t pass up on the opportunity to add this armored soldier to your display!