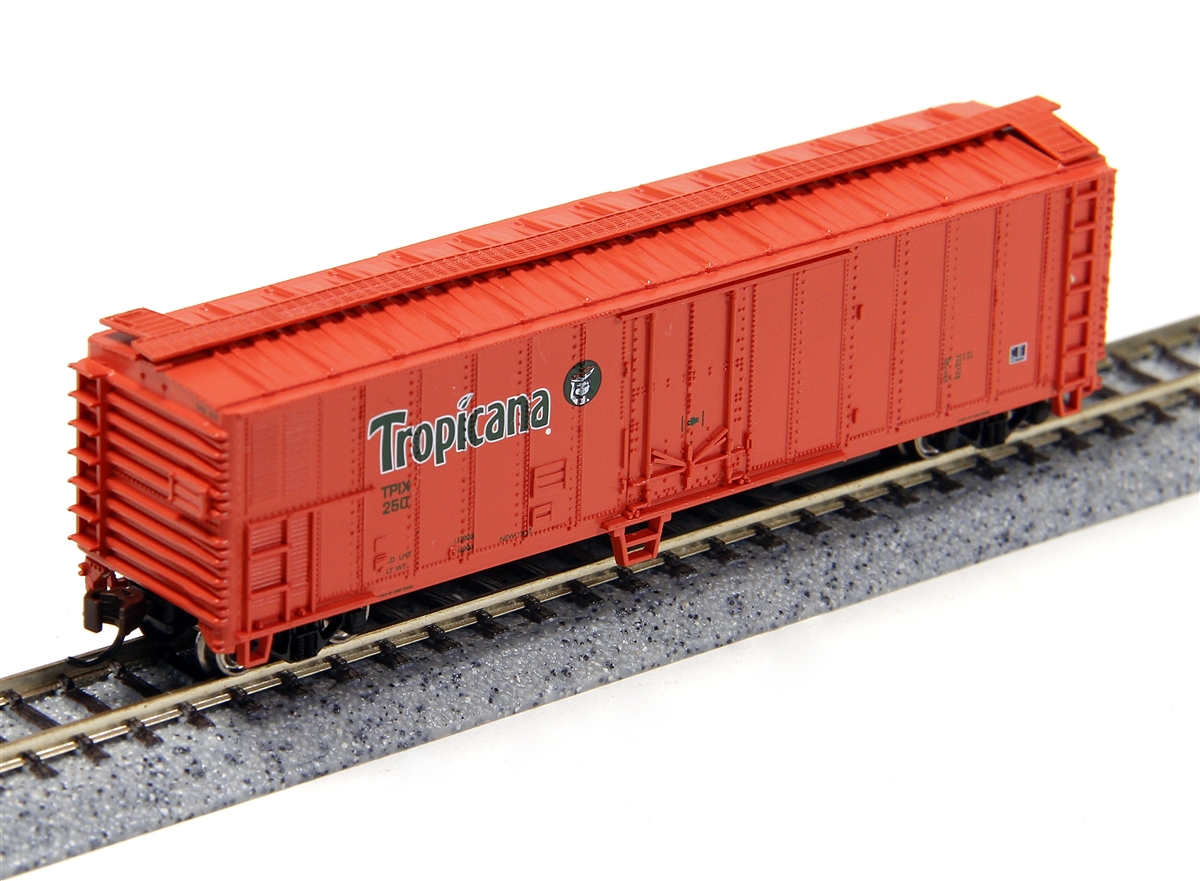 The purpose of a reefer is to keep perishable items cold.  The first reefer known to have been put into service began operating in June 1851 on the Northern Railroad of New York. Early reefers were of all wood construction and about 36' long. Ice bunkers were built into each end of the car and filled through hatches on the car roof. These reefers could only travel about 250 to 400 miles before they would need re-icing. Salt was sometimes placed in the bunkers to make the ice melt faster and lower the temperature of the load. Railroads built huge icing platforms and ice storage houses at major terminals and other strategic locations to quickly service cars.

By the 1940s, new reefers were being built entirely of steel. Insulating techniques improved to the point where economical refrigeration could be accomplished using steel side plates in place of wood sheathing.  Cars with steel roofs and sides were more durable and required fewer repairs. In general, steel cars replaced wood due to their strength and longevity. In the case of reefers, the better insulating quality of the wood was not an issue, as the steel cars continued to be wood lined (until urethane insulation replaced the wood).