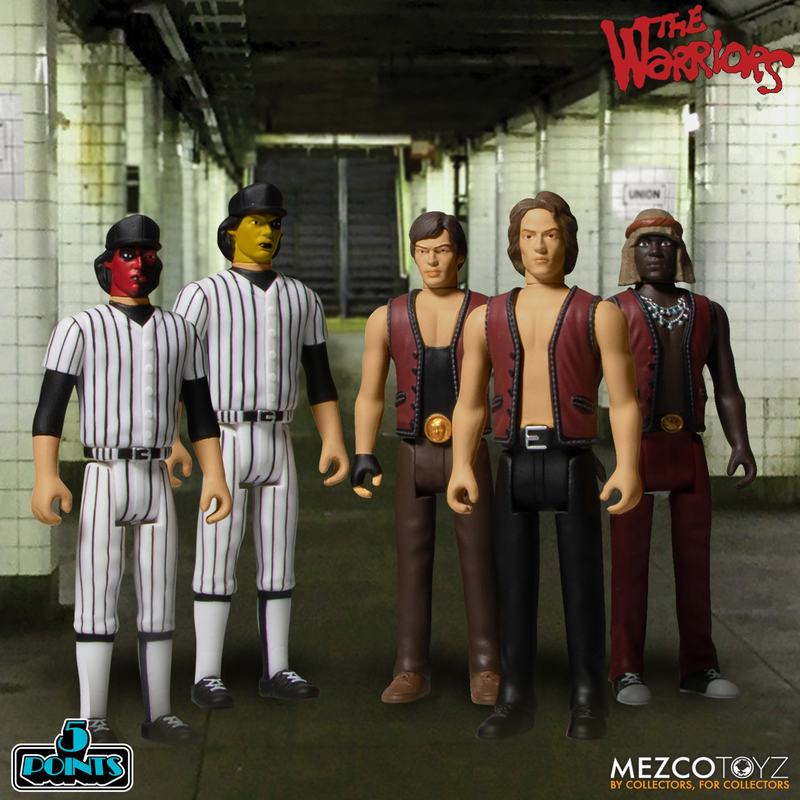 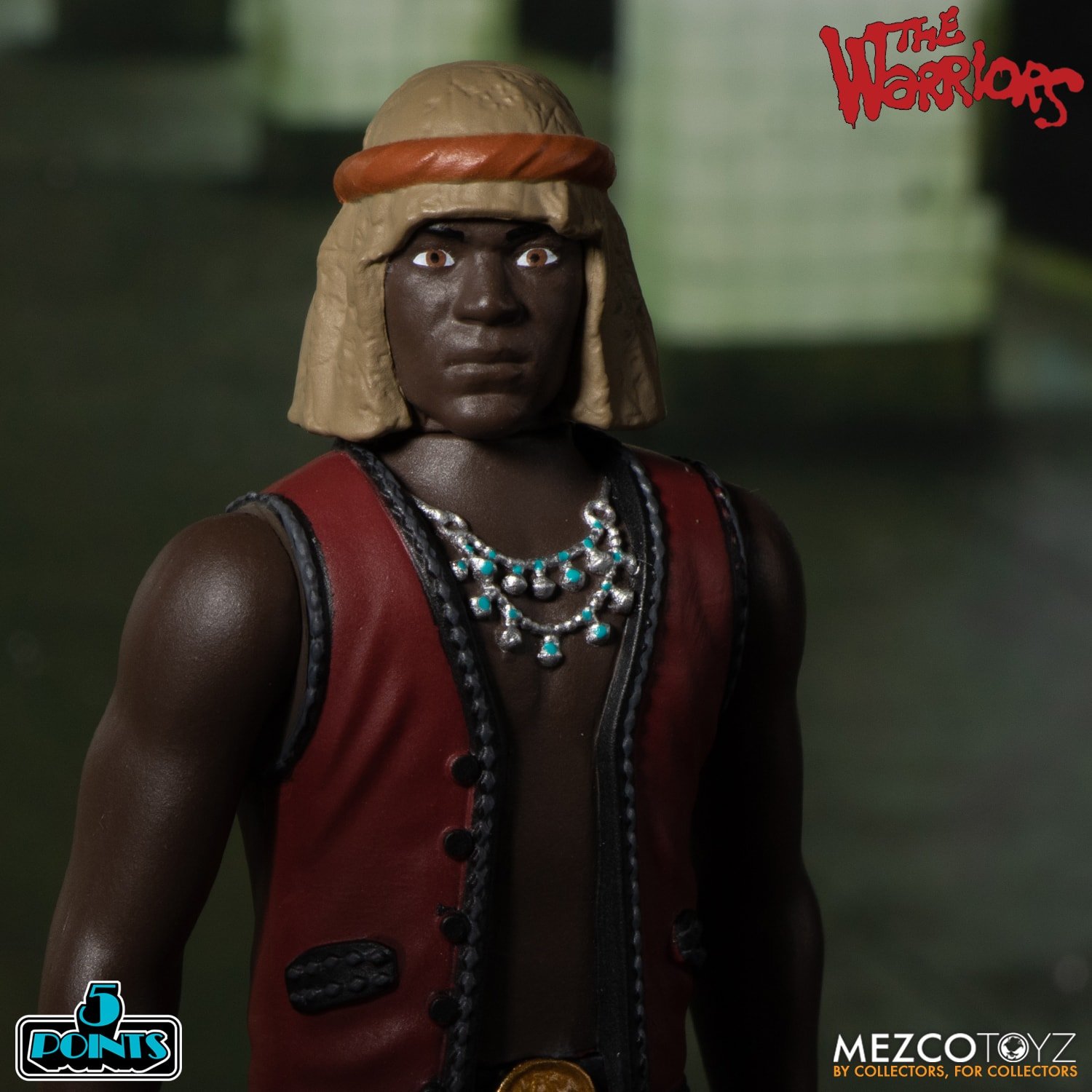 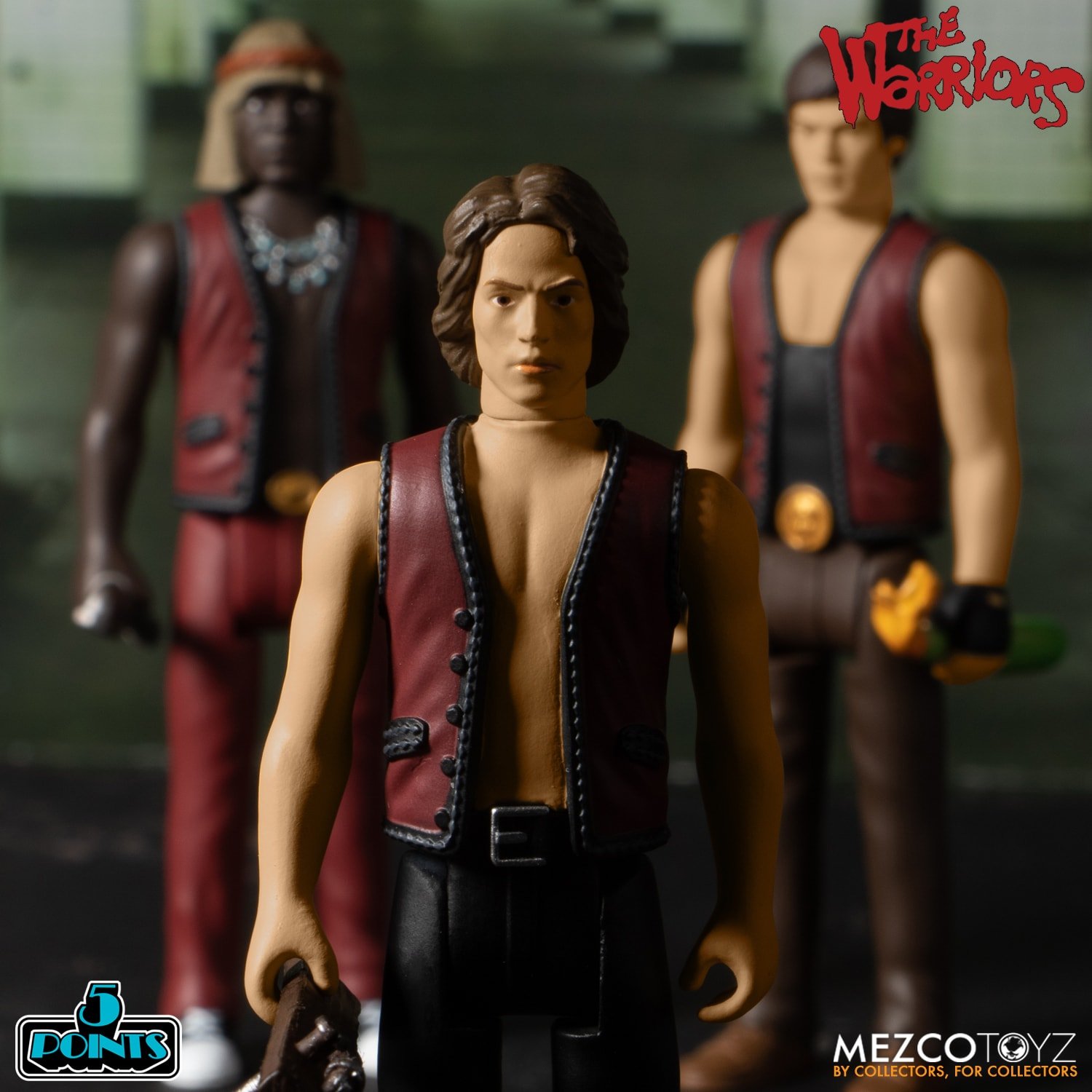 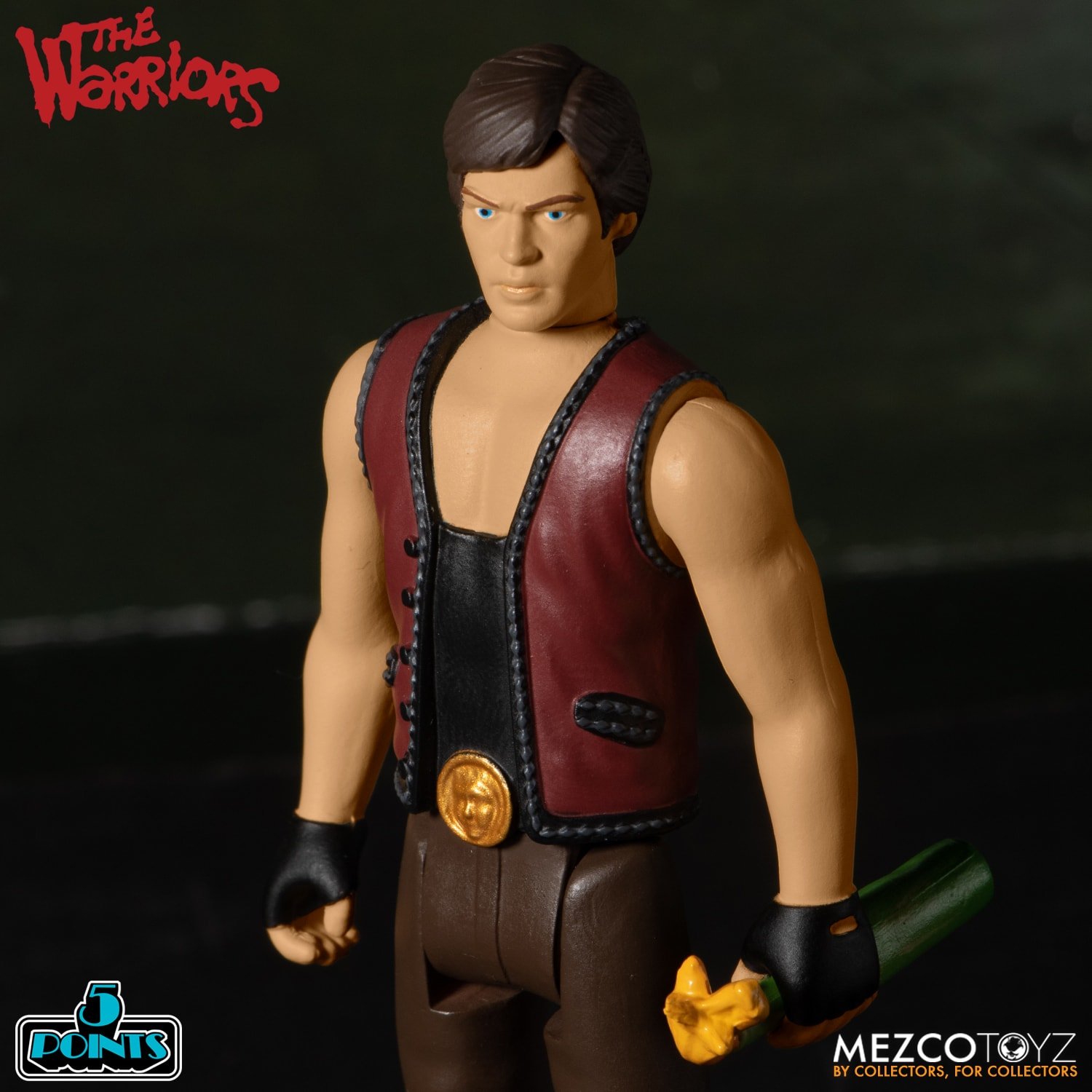 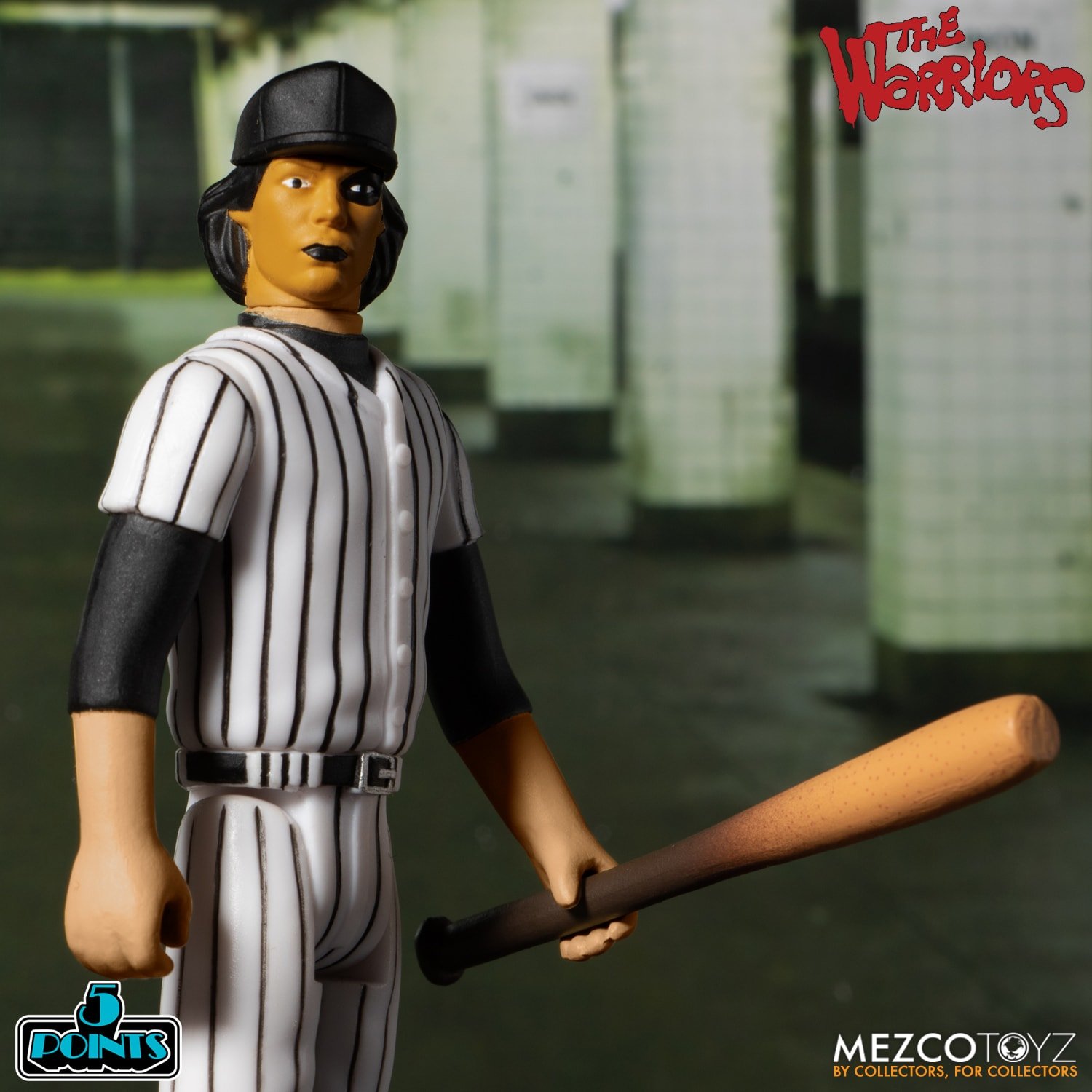 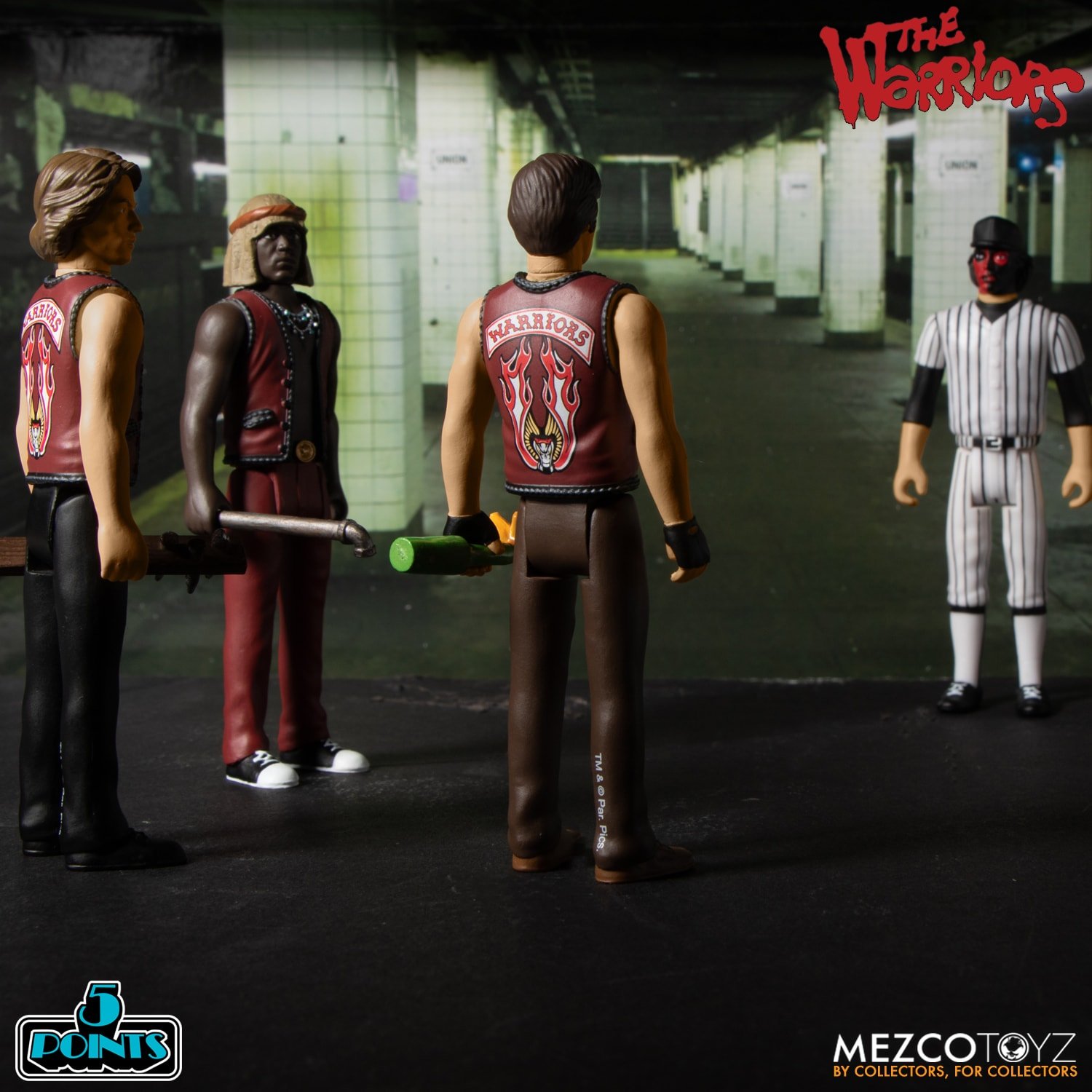 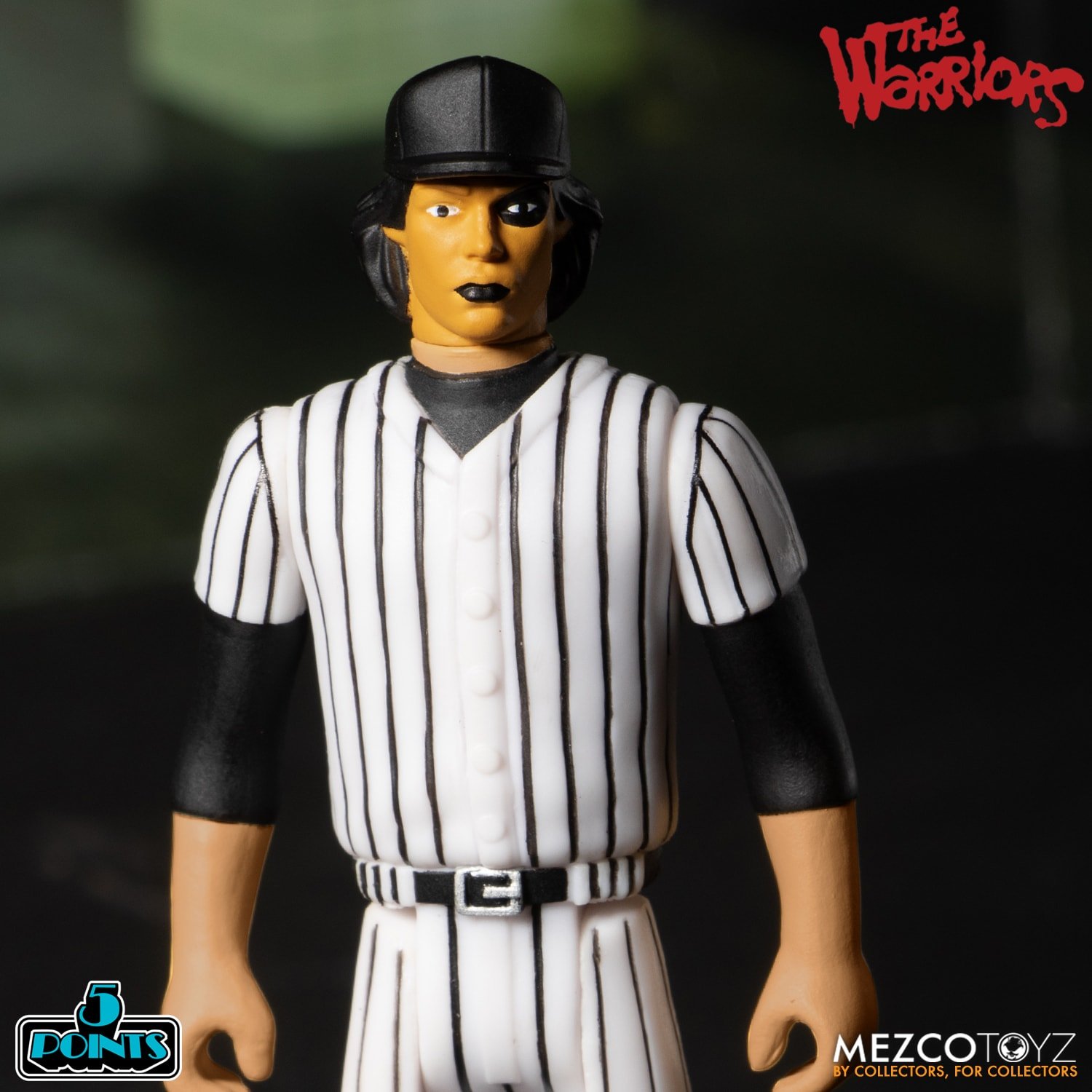 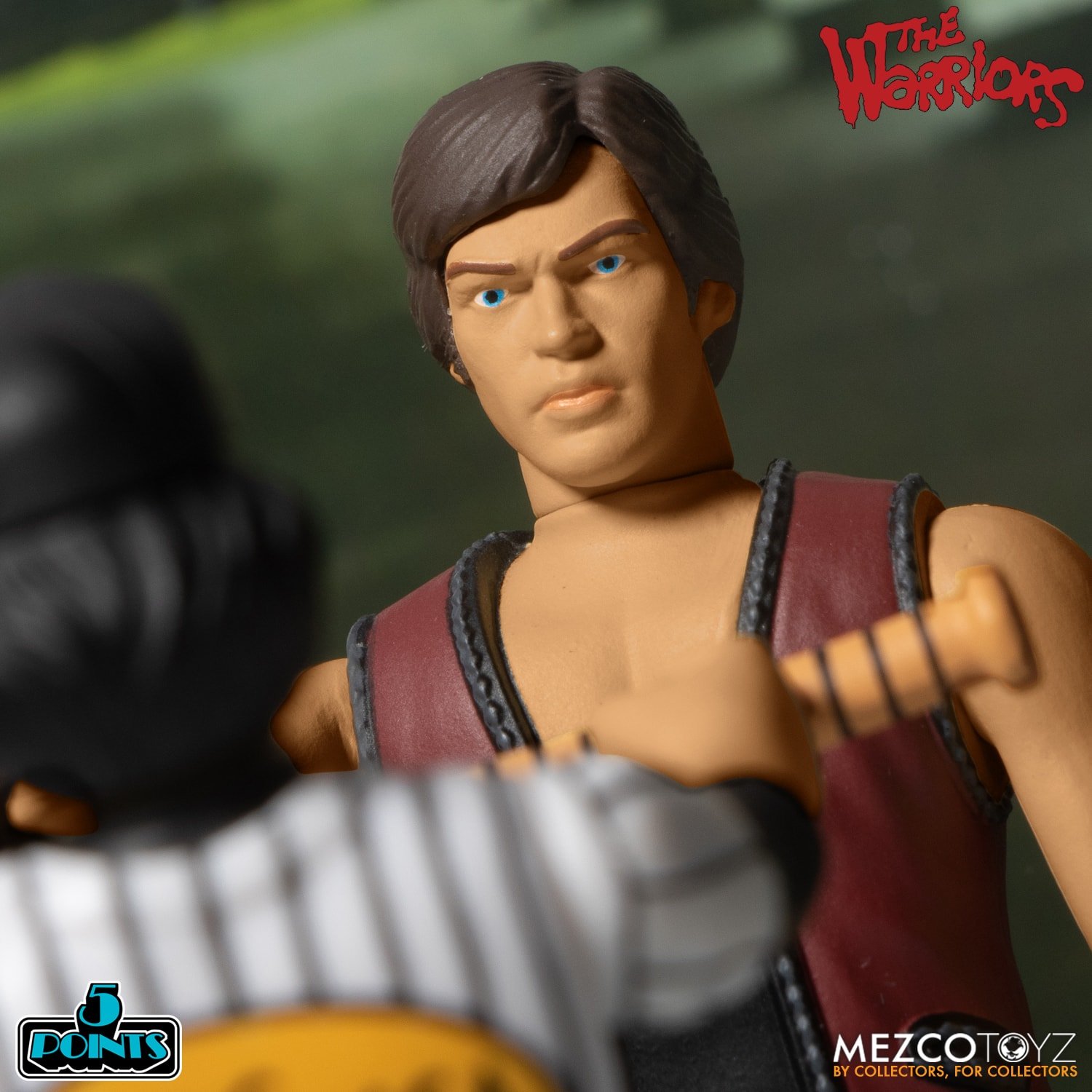 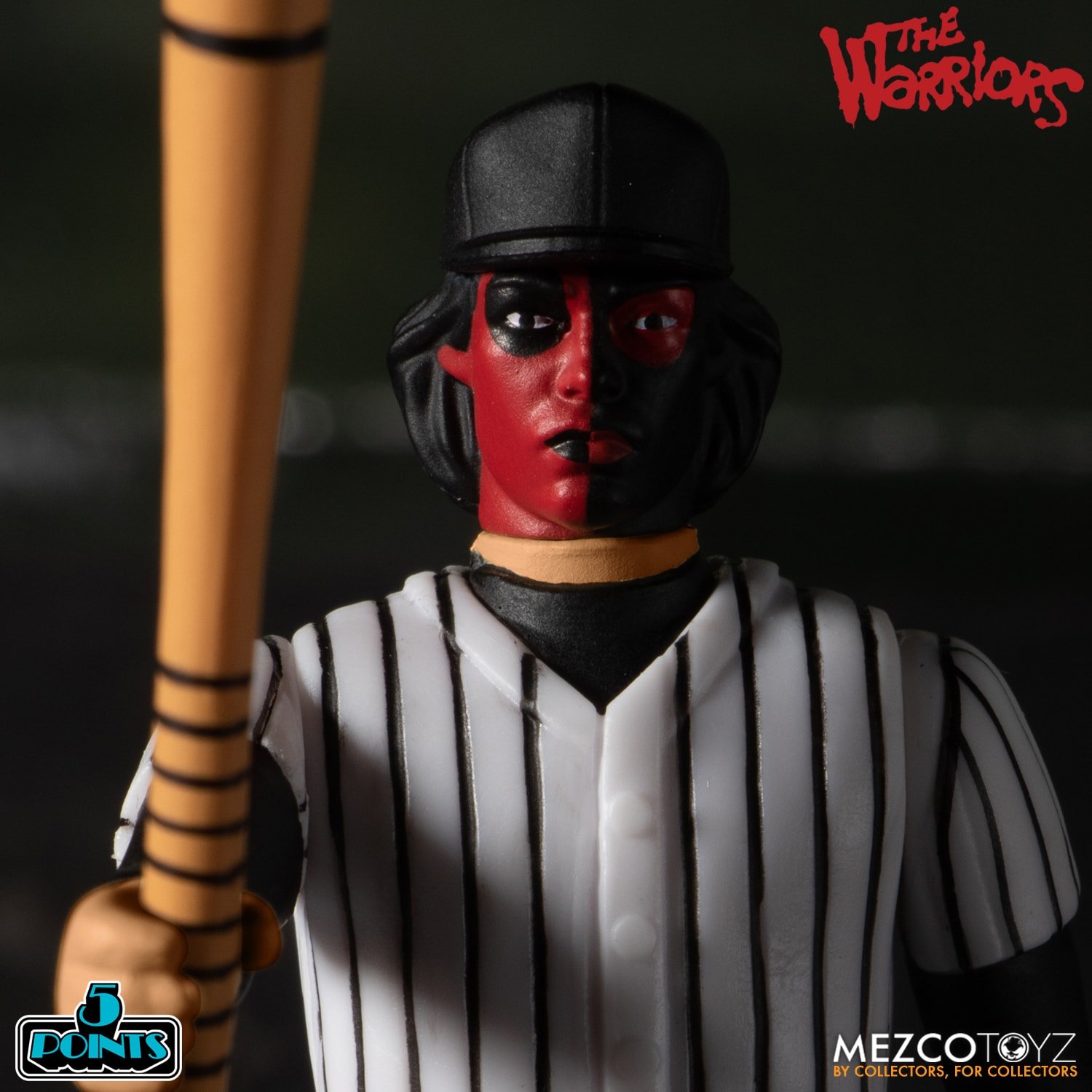 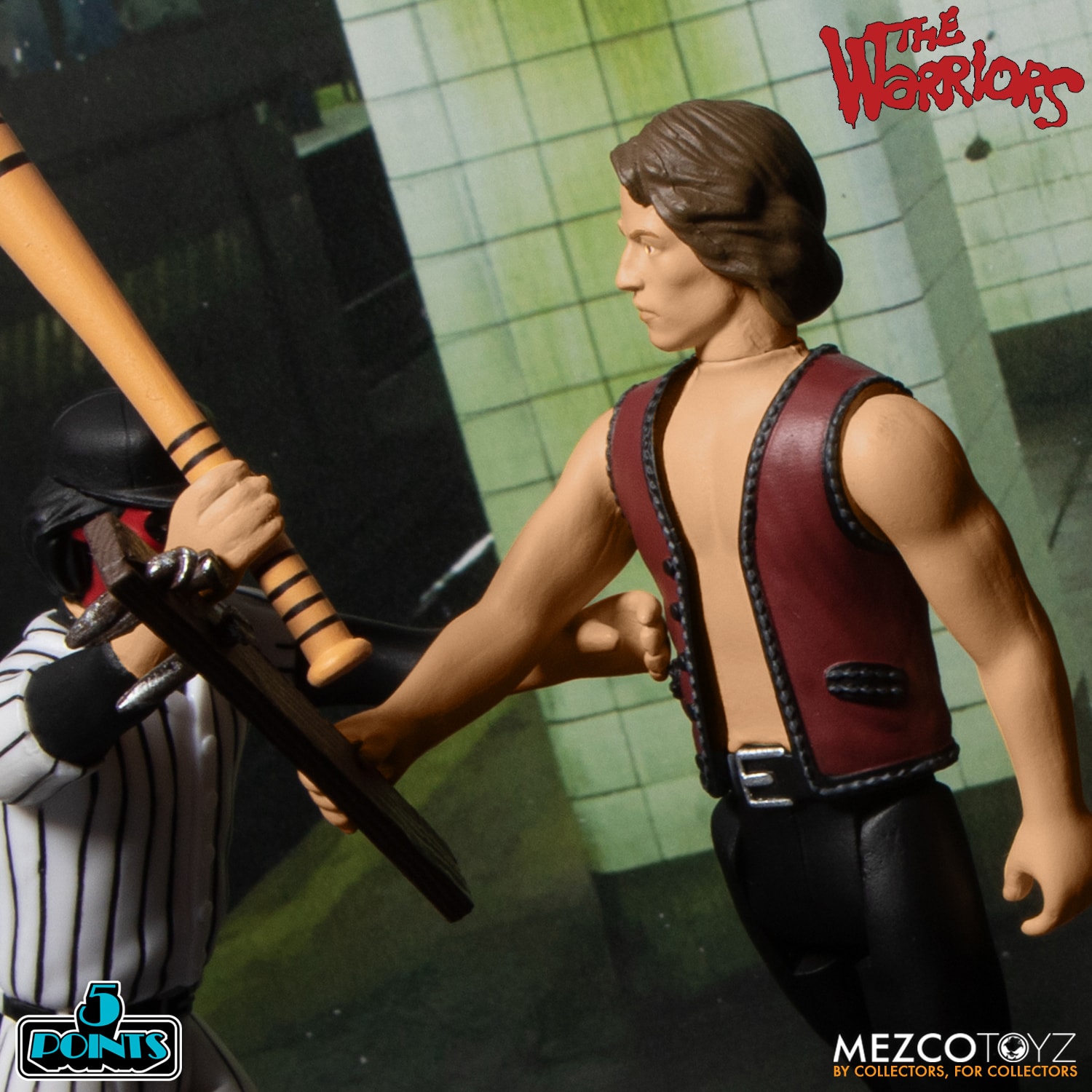 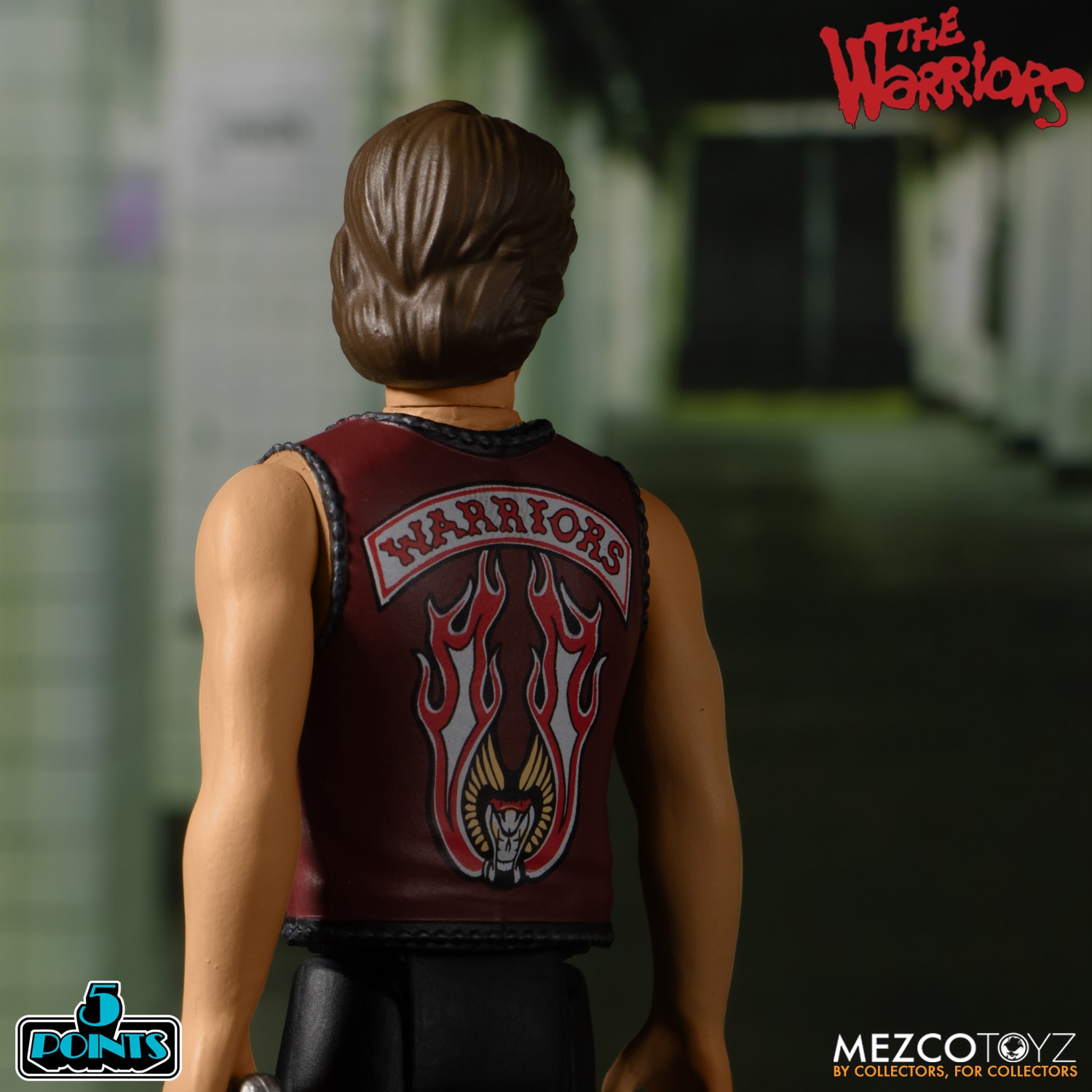 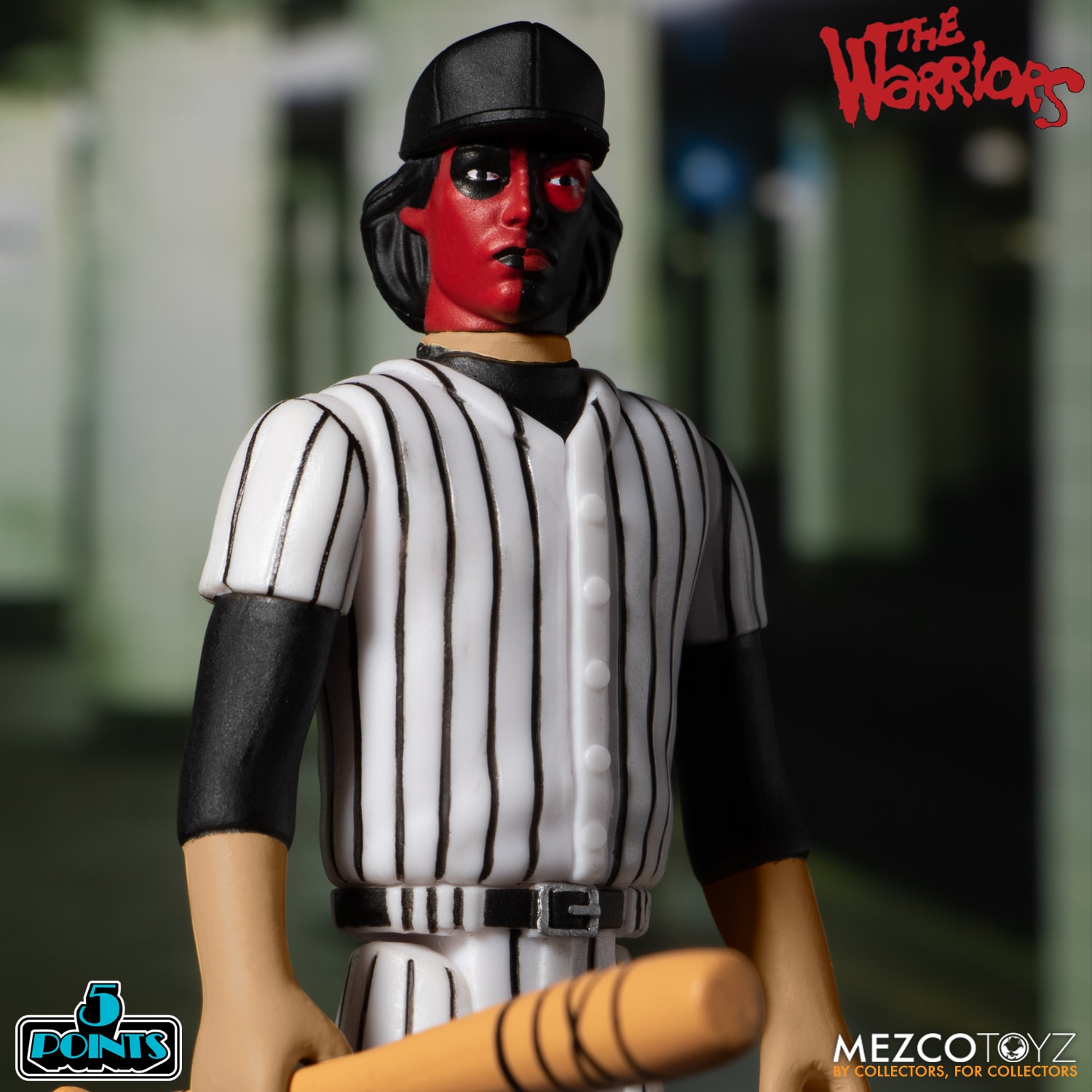 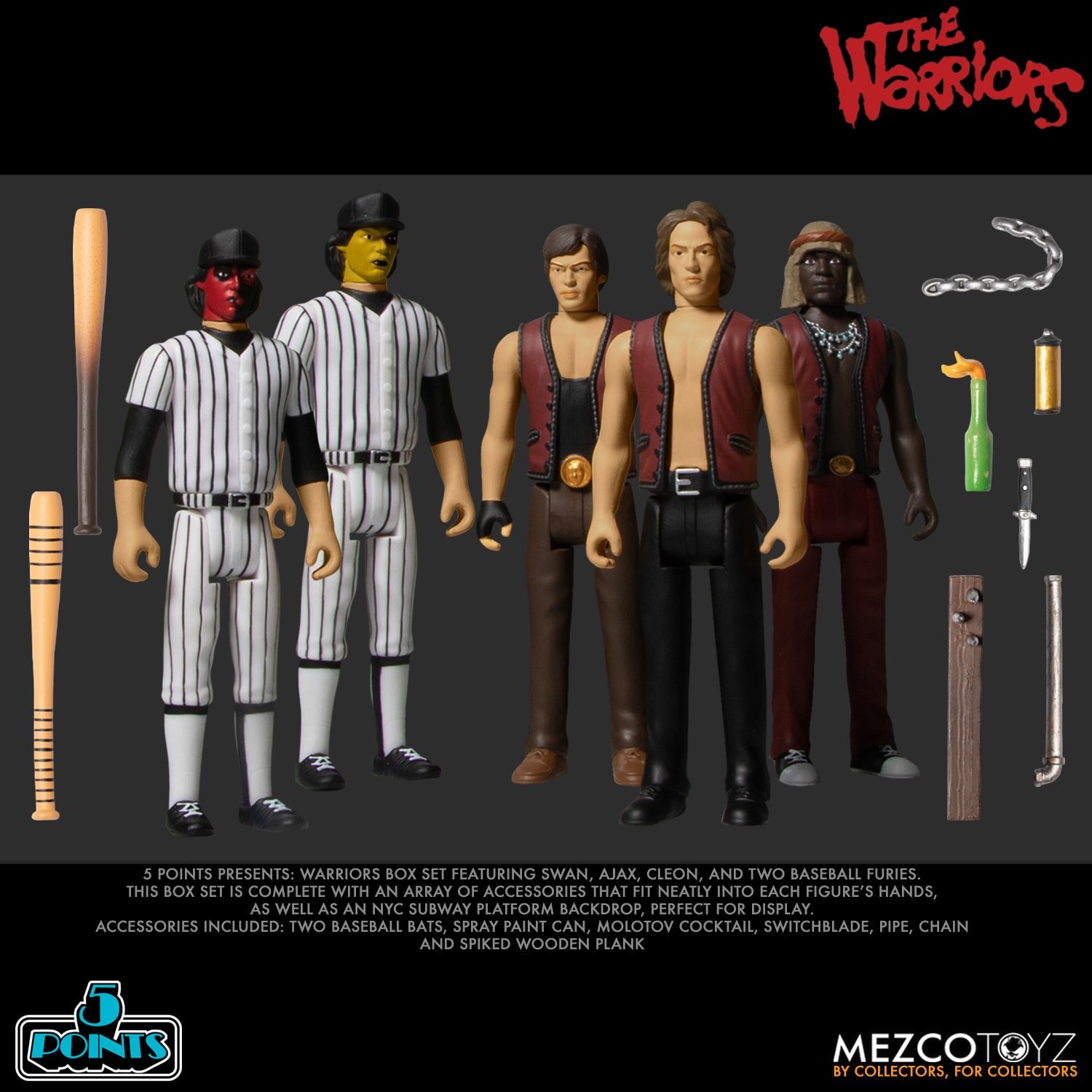 5 Points presents: The Warriors Boxed Set featuring Swan, Ajax, Cleon, and two Baseball Furies. This boxed set is complete with an array of accessories that fit neatly into each figure’s hands, as well as an NYC subway platform backdrop, perfect for display.

The Warriors fight to make their way back home after being accused of killing a gang leader. The turf battle rages from Coney Island to the Bronx as every gang in New York City wants revenge.

5 Points are Mezco’s upgrade to the articulated action figures of yesteryear. These highly detailed, posable action figures feature some of pop culture’s most familiar faces, both old and new.

The 5 Points The Warriors Boxed Set are packaged in a collector-friendly box, designed with collectors in mind.