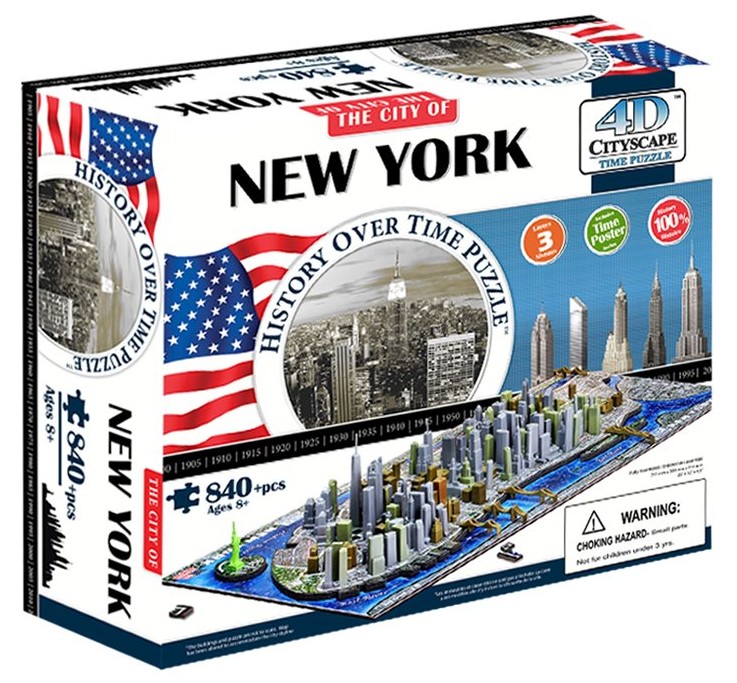 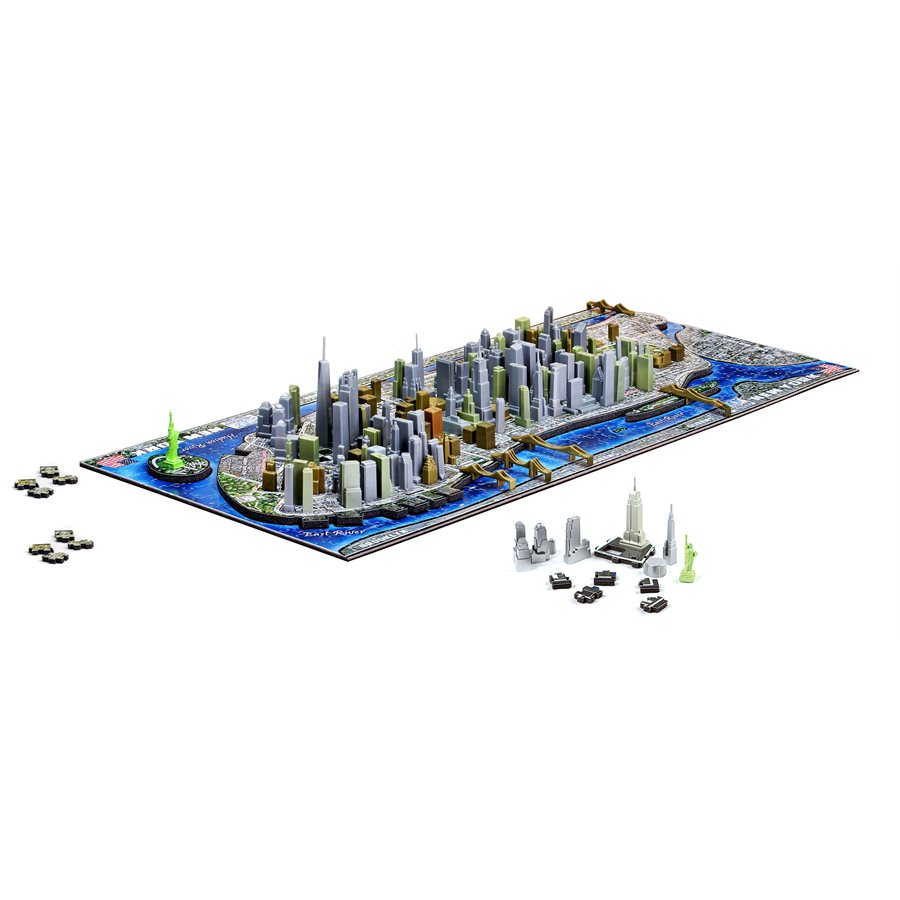 This puzzle recreates Manhattan’s famous skyline, not only in three dimensions using scale-model buildings, but also along the fourth dimension of time, spanning 201 years of architectural history.

The puzzle includes 120 plastic building replicas that depict the city as it appeared as far back as 1812 through to 1971 with the addition of the World Trade Towers, and into the future to 2013 with the completion of the One World Trade Center (Freedom Tower).

The puzzle includes such iconic structures as the Statue of Liberty, Empire State Building, and the United Nations. The buildings fit into pre-cut holes in a traditional 2D jigsaw puzzle that form the city’s street layout and islands.

The product includes a Time Poster that directs you through timeas you rebuild New York’s skyline history.