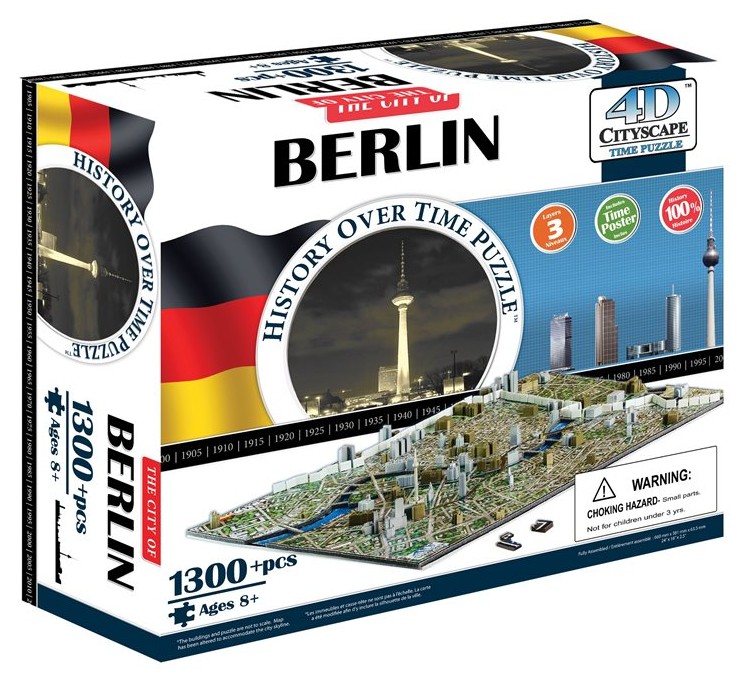 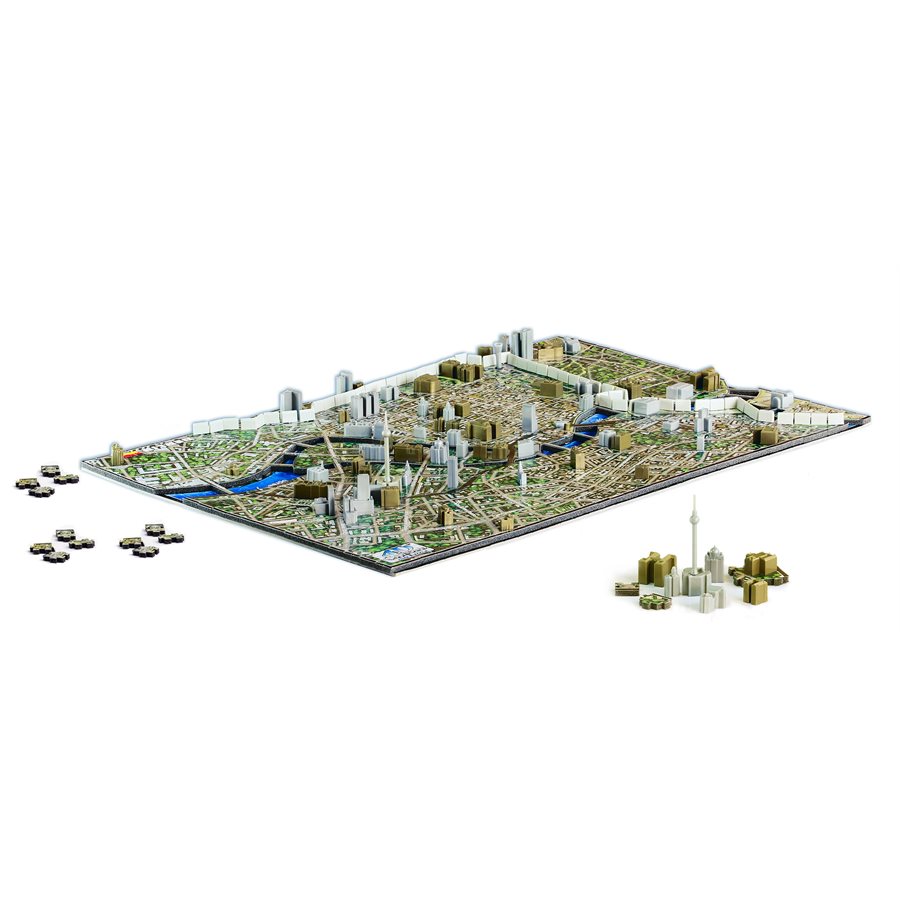 This award-winning puzzle recreates Berlin’s world famous historic city, not only in three-dimension, using scale-model buildings, but also along the fourth dimension of time; spanning 700 years of architectural history. The puzzle includes 138 building replicas that depict Berlin’s Skyline as it appeared as far back as 1292 through to 2006 with the completion of Hauptbahnhof. The puzzle includes such iconic structures as the Marienkirche, Friedrichstraße, Checkpoint Charlie, and Kollhoff Tower. In 1961 you actually replicate history as you build the Berlin Wall -60 pcs in the puzzle!. In 1989 you actually remove the wall as you re-join East and West Berlin together.The base of the puzzle is a traditional 2D jigsaw puzzle that forms the city's street layout. During the process of constructing the base map, one learns about Berlin’s neighborhoods, streets, and more. Once the puzzle base is complete, the vertical building of Berlin’s Skyline begins by placing 138 buildings and structures in chronological time sequence. This is done by following the enclosed 4D Time Poster, which details the completion date of each building. The finished puzzle measures 24”L x 16”W x 3”H. Ages 14+.