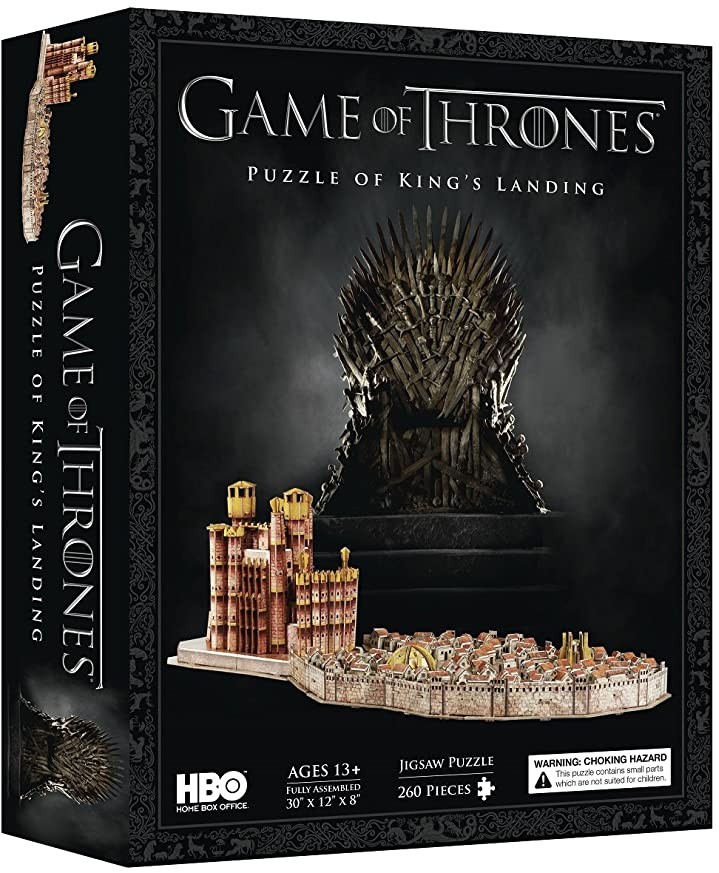 You can now assemble a giant puzzle of King's Landing from popular series of Game of Thrones. King's Landing is the capital of the Seven Kingdoms. Its located on the east coast of Westeros in the Crowlands, overlooking Blackwater Bay. It is the site of the Irone Throne and the Red Keep, the east of the King of the Andals and the First Men. Consisting of 262pcs, the assembled the castle measures 28.8" x 13.1"x 8.9" inches and constructed with quality detailed paper. It is the ultimate souvenir for the true fans of Games of Thrones!