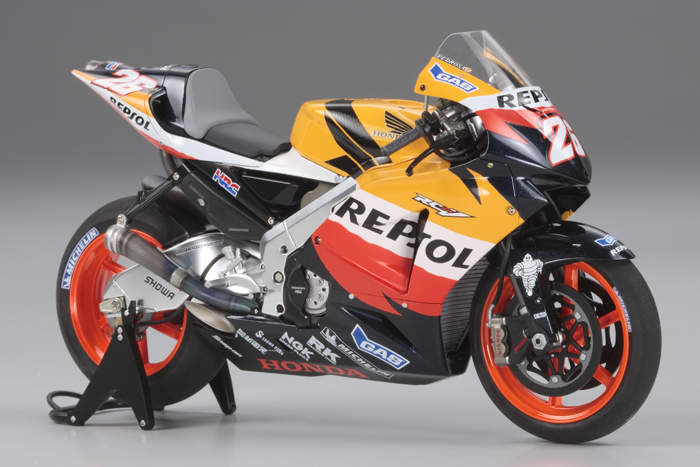 Building on its reputation as the most successful machine in modern MotoGP history, the Honda RC211V is once again at the top of the standings, in the capable hands of the Repsol Honda Team. Consistent finishes have resulted in young riding sensation Daniel Pedrosa, one of the most talked-about riders of the 2006 season, currently holding 2nd place in the standings behind only his teammate Nicky Hayden. With the end of the season just a few races away and new regulations specifying 800cc machines for the 2007 season, Pedrosa looks to hold off other challengers to give Repsol and the Honda RC211V '06 a one-two finish to end the 990cc RC211V's illustrious career.