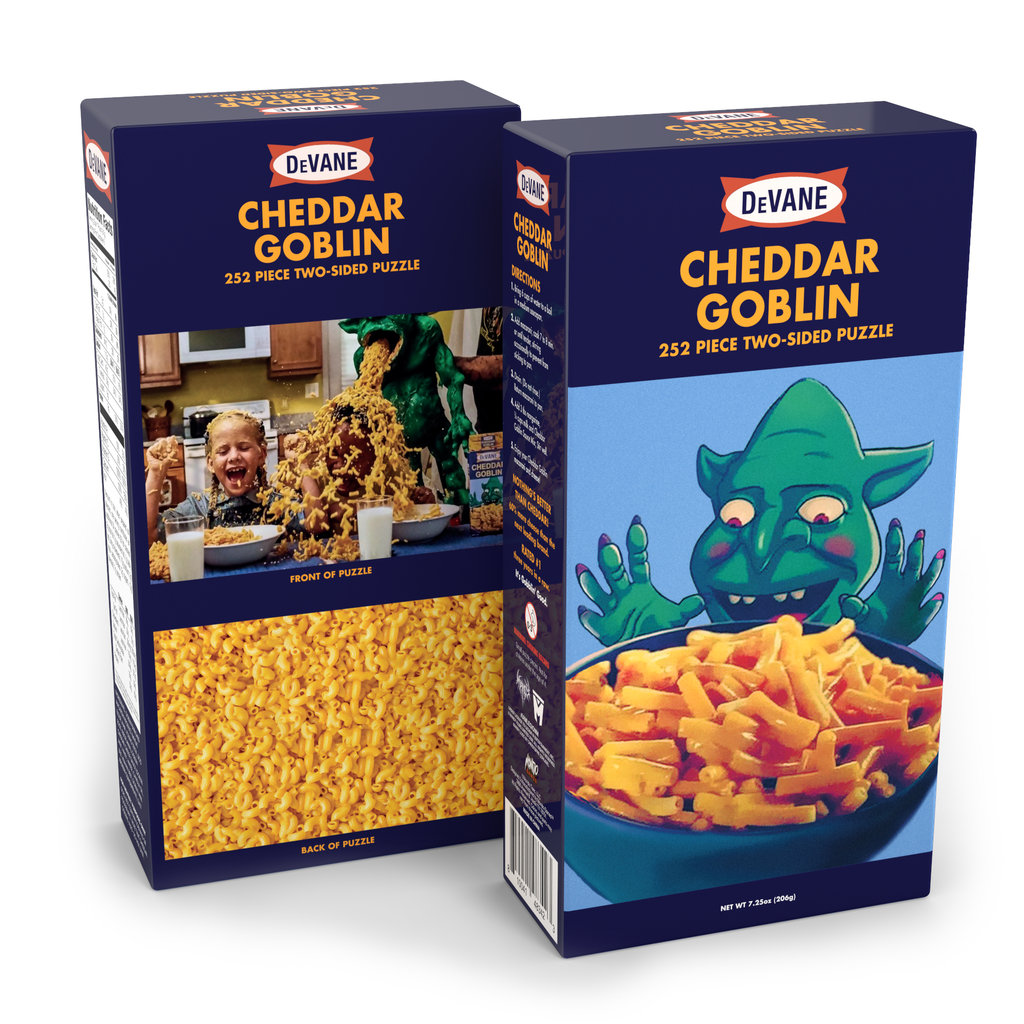 This double-sided puzzle, measuring roughly 11x16”, features the pasta-vomitting creature that captured the hearts of horror fans worldwide in the 2018 psychedelic revenge thriller Mandy, starring Nicholas Cage. The little green star of a commercial featured in the film has gained unexpected cult popularity among cinephiles, and has both his own Twitter account and numerous merchandise offerings available in the Legion M webshop. Now, for the first time, the actual packaging featured in the film is replicated to contain this puzzle brought to you by Mondo Games. The front of this puzzle features a behind-the-scenes snapshot of the famous scene from the film, while the reverse-side image offers a mouth-watering challenge for the enthusiast seeking a more advanced challenge.