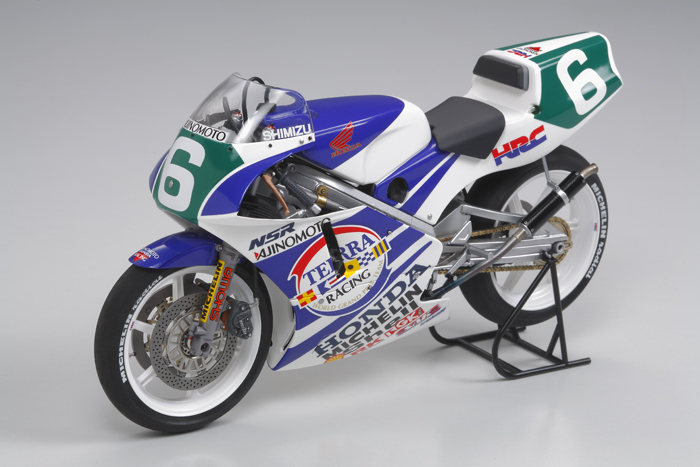 From 1988, Masahiro Shimizu was competing in the MotoGP 250cc class, and was considered by many as a rider with a rare talent. He first gained worldwide attention by taking pole position at Suzuka in 1987, and after winning the All-Japan Championship that year went on to the bigger MotoGP stage under the sponsorship of Ajinomoto. At the highest level, he earned Top-10 overall ranking finishes in 3 consecutive years before retiring in 1992.