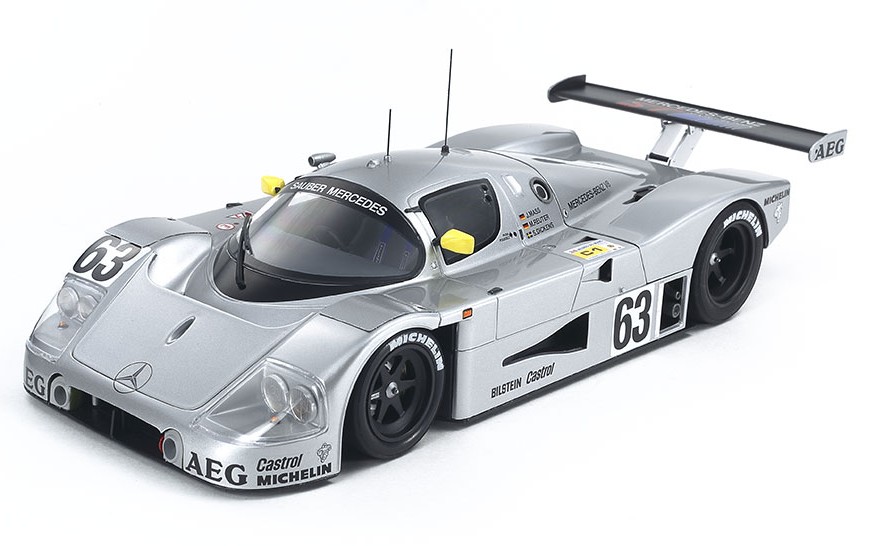 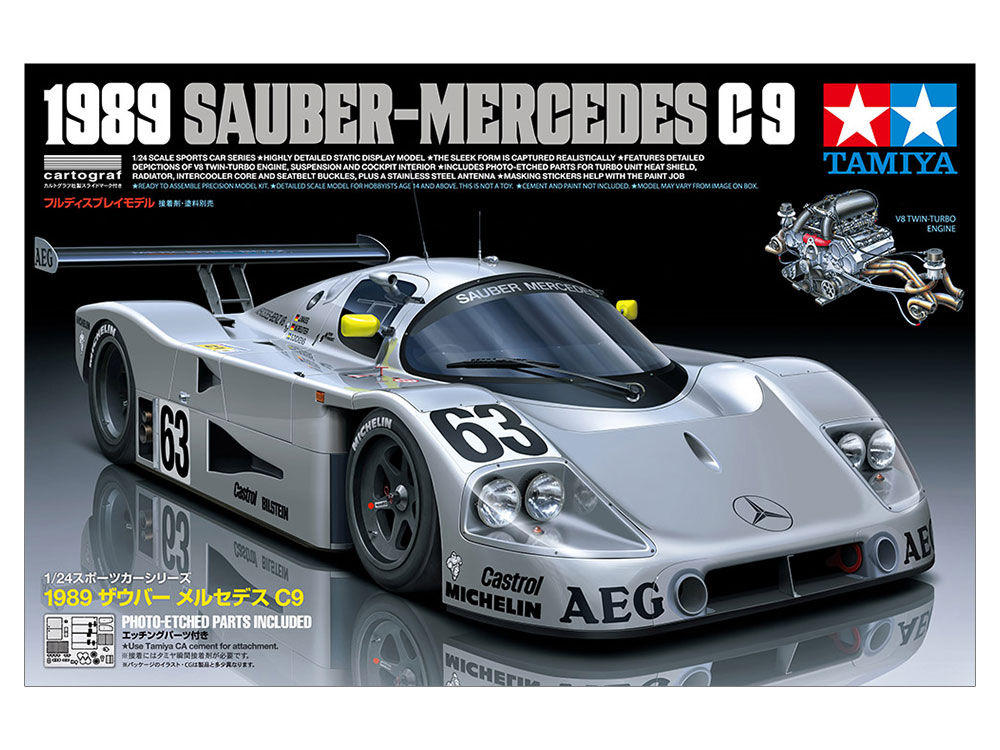 The C9 is a legend in its own right, partly thanks to its achievement in 1989 of a first Mercedes win in 37 years at perhaps the most renowned endurance race of them all. Its chassis was the work of Swiss constructor Sauber. The car debuted in 1987 but could not find a maiden World Sportscar Championship victory until 1988, when it took five wins on the circuit. Confidence was high in 1989, and with a new and more powerful engine on board, the legendary all silver color scheme, and being run as a Mercedes-Benz works team, C9s took first and second in the aforementioned race, with their third car finishing fifth. Seven wins in eight World Sportscar Championship races that year led to a triple crown of constructor, team and driver championships, leaving the racing world in little doubt that the legendary Mercedes-Benz silver arrows were back in business.