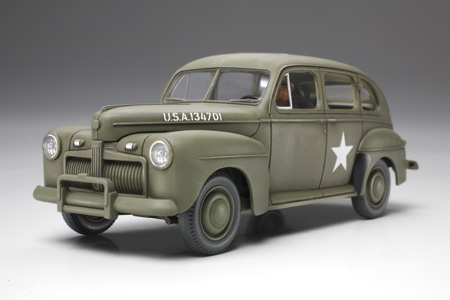 During WWII, the U.S. Military used various makes of civilian cars as military staff cars. At this time, the U.S. Military mostly used the 1942 sedan for this purpose. This 4.9m long sedan was powered by a 90hp, 6-cylinder 3700cc motor. This sedan was widely used as a Staff Car for high-ranking officers and as transport for aviators.