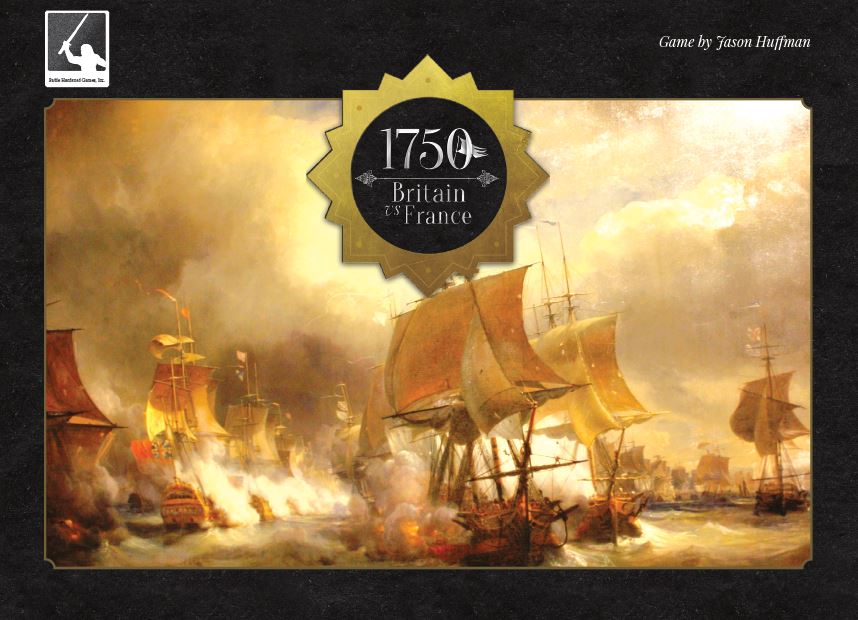 Throughout the 18th century, Britain and France waged a bloody series of wars for nothing short of global domination. Massive sailing warships, armies of bayonet-wielding soldiers, and their skilled allies fought for control of North American, African, and Indian colonies. In many ways, this was the first "world war".

In 1750: Britain vs. France, you play as Britain or France, wielding your forces to decide the outcome of this struggle. During the game, you recruit generals and admirals from the Seven Years' War (French and Indian War) and the War of the Austrian Succession, and send other military forces to take colonies by force, with colonies producing exports to aid your economy. Your units roll dice in combat against enemy forces, and you can modify those results by playing historic event cards to turn the tide of battle, modifying dice rolls and destroying enemy cards at critical moments. You'll also engage in political efforts to persuade other world powers to enter the conflict on your side and bring their resources to the fight.

Your final score is decided by the number of colonies you have captured, countries you have gotten to join your cause, and enemy leaders you've taken as prisoners. Will you change history, or will history repeat itself?