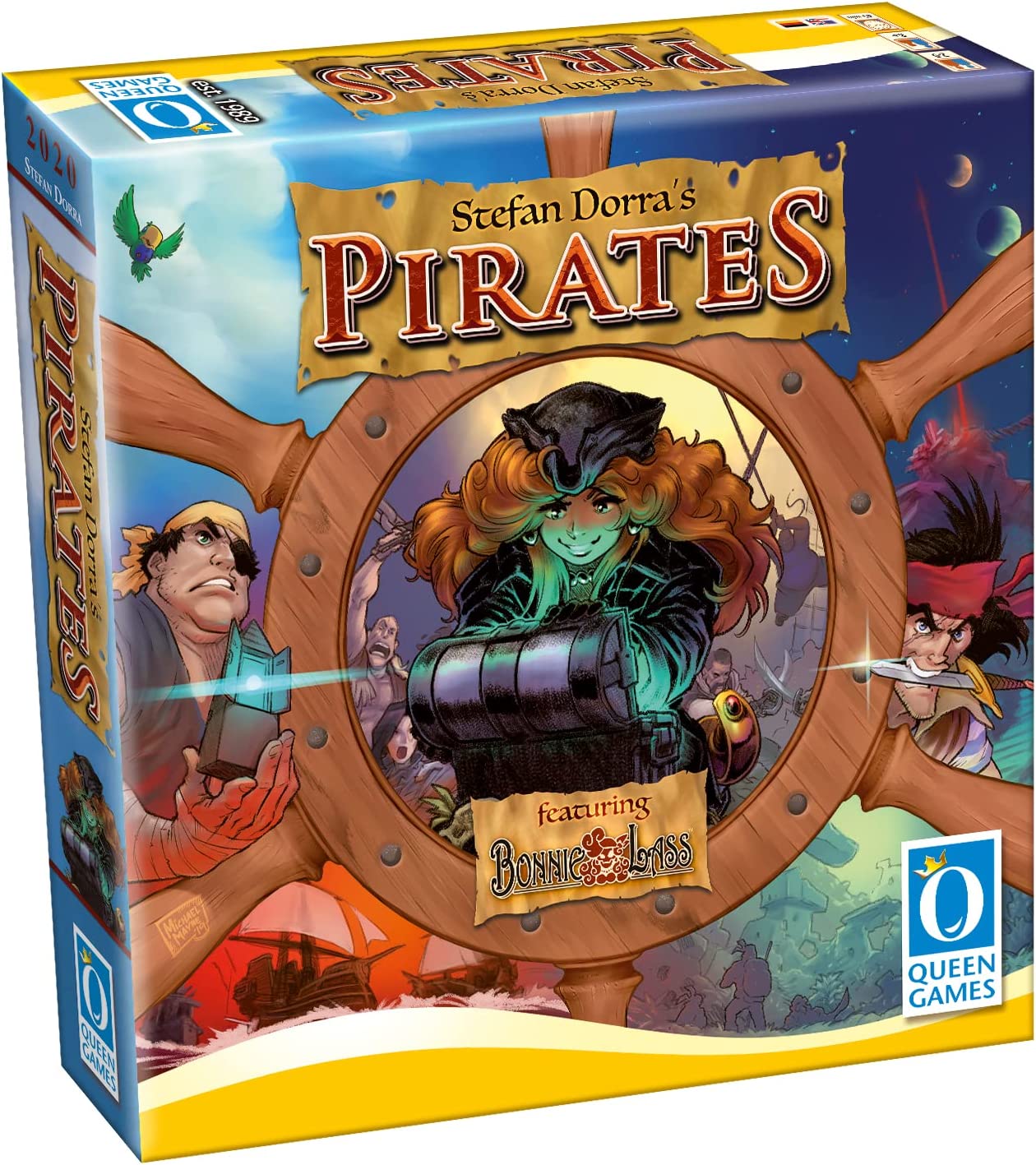 In Pirates, you play as a captain in the world of the swashbuckling pirate comic Bonnie Lass, created and illustrated by the game's artist, Michael Mayne.

In the game, you attempt to capture ships, fortresses, and even sea monsters to accumulate the most treasure. On most turns, you will form a boarding party by taking a stack of pirates in front of you (with a stack consisting of one or more tokens with you on top), moving them on top of a stack in front of another player, then moving the new stack back in front of you.

On a future turn, you may use this stack to capture one of the four cards in the display as long as the size of the party meets the minimum requirements. The pirate on top of stack is the captain, and they receive a treasure for leading the raid. (The second pirate in the stack, the mate, might also receive a treasure.) They collect the gold listed on the card, then must pay the value listed on each pirate in their crew, making up any gold they lack from their own coffers. If they do this, they keep the card and increase their scoring.

You can mutiny by placing a stack on another stack, then going after one of the four cards immediately, but you must then pay the mate and the rest of the crew double their pay.

After all cards have been captured and the game ends, players receive additional gold based on the relative number of treasures they have captured. Whoever ends up with the most gold wins.