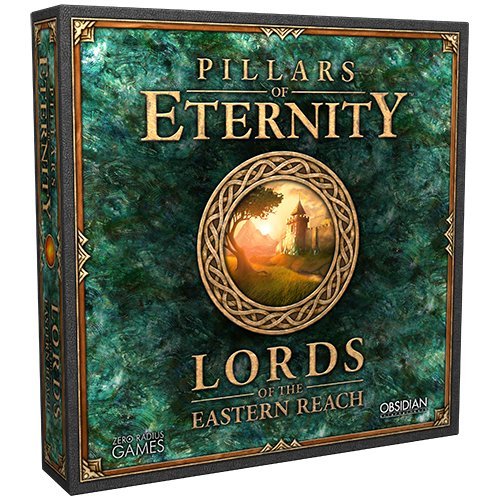 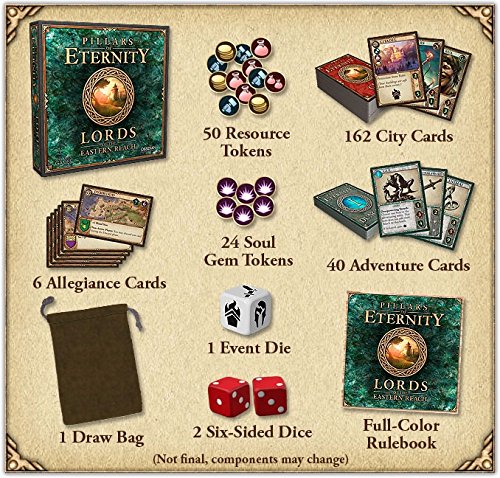 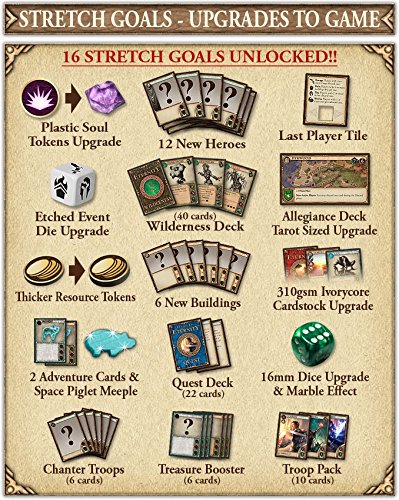 Pillars of Eternity: Lords of the Eastern Reach

Lords of the Eastern Reach is a city building adventure card game based on Obsidian Entertainment's Award Winning and bestselling Pillars of Eternity computer role-playing game.

You play lords and ladies of the Eastern Reach of Eora, who hire troops, recruit heroes, and build defenses to fend off fiendish monsters ¦ and their fellow players. Resources are represented by tokens, while the buildings and armies are cards. Your stock of resources is replenished each turn with any you are unable to use being passed on to the other players.  Every turn you may choose to go on dangerous adventures or engage in battles against your fellow players.

Eora.... a world where the souls of all living things are caught in an endless cycle of life, death, and reincarnation.  Talented individuals can draw upon the power of their souls to perform wondrous, supernatural feats. In the colonies of the Eastern Reach, life is no different than anywhere else. Common folk toil under the sun while merchants travel the trade roads and nobles keep the peace... or wage war.  Adventurers and explorers risk life and soul to plunder the lost riches of the ancient Engwithan Empire, protected by natives and, some say, the gods themselves.