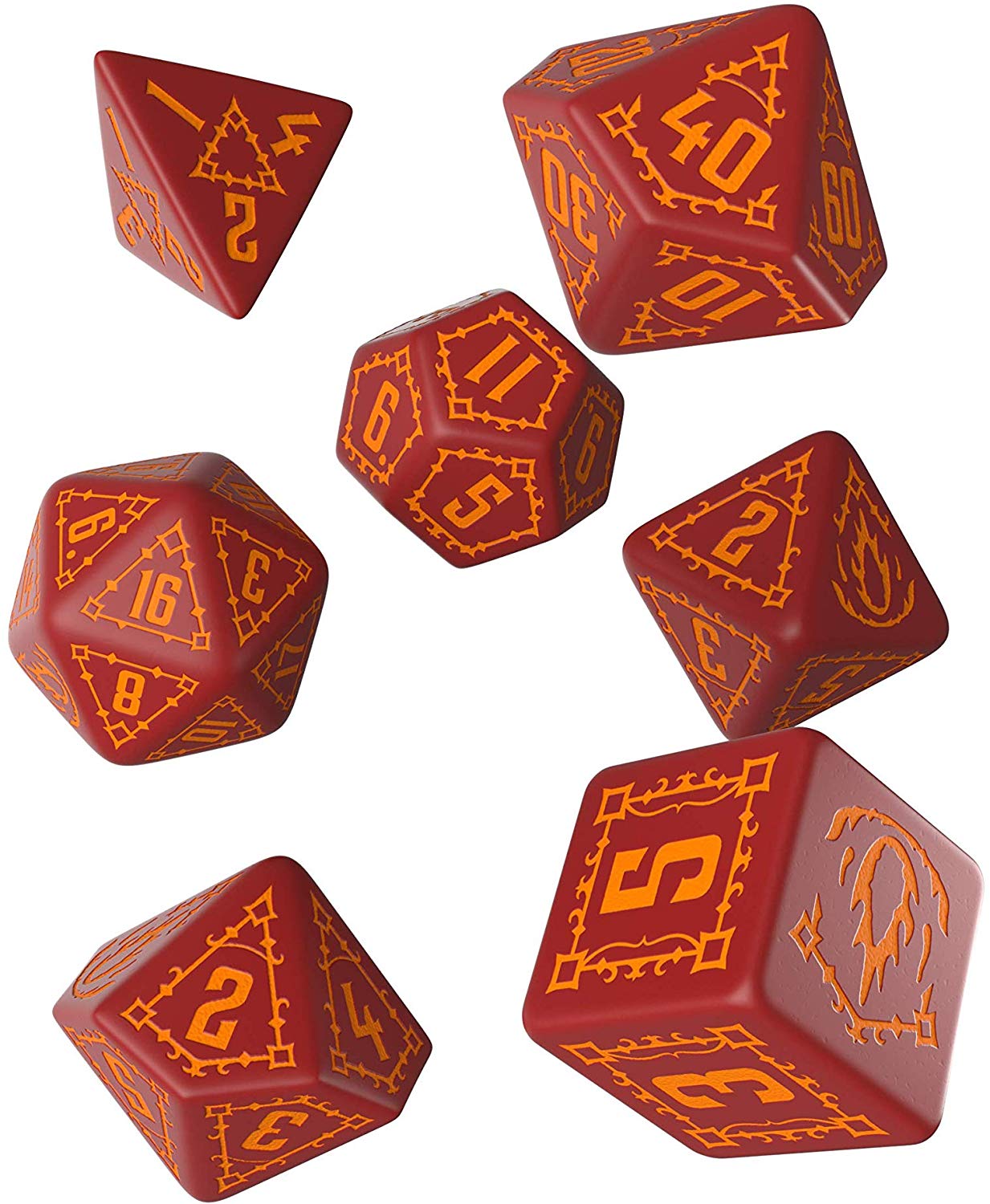 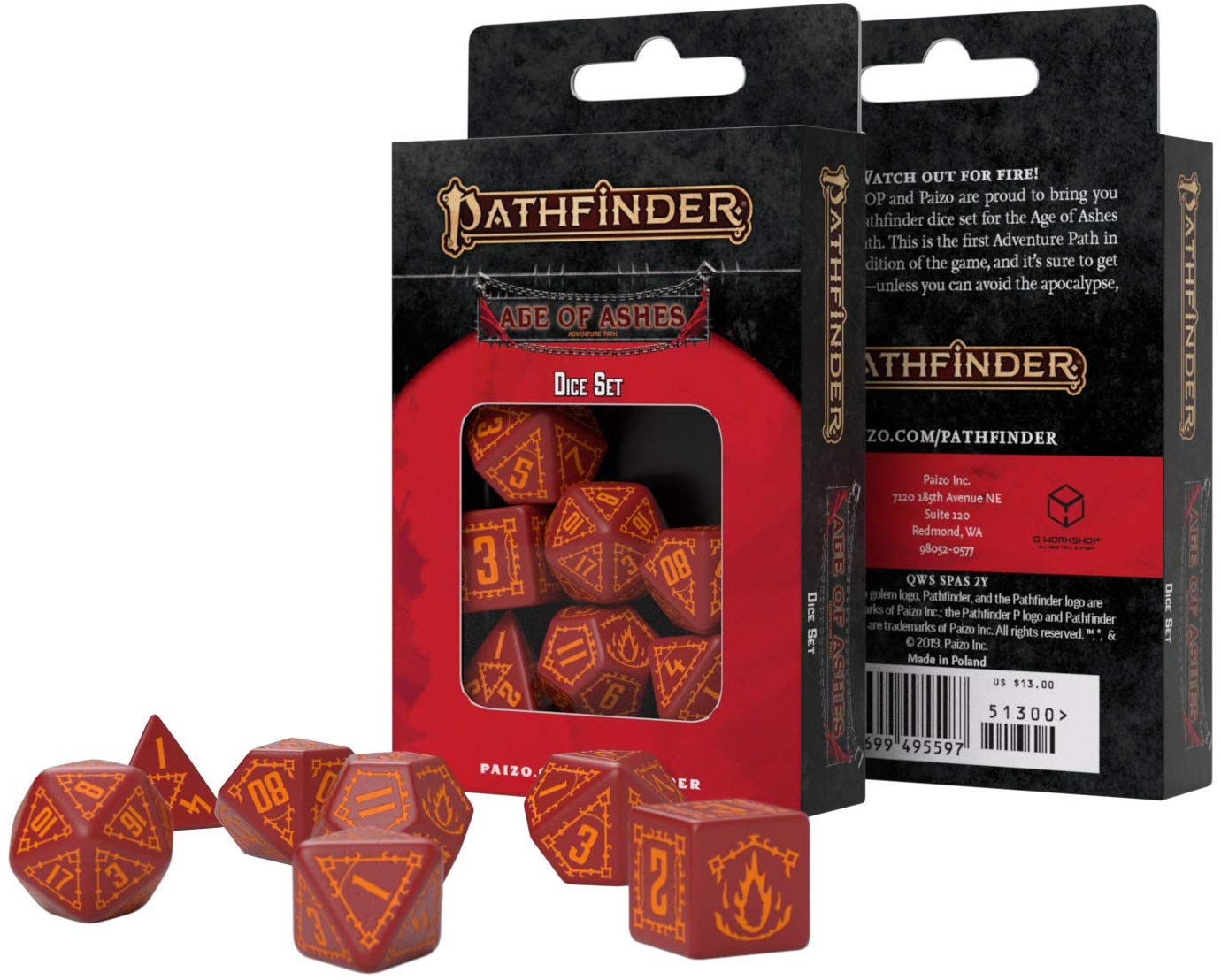 There is a joke about TPK (Total Party Kill) - the situation when a cruel GM tries to make the life of players’ heroes harder or if they enraged him with their characters’ choices. Then he says at the beginning of the session: “You start in volcanic lava. What are you doing? (GM rolls damages for burning)”. Sometimes this is not the choice of Game Master, because the campaign itself is so deadly that it’s a real “meatgrinder” for heroes.

What to do? How to survive “the trial of fire” and have fun? You should take the official, licensed by Paizo Inc., Q WORKSHOP’s dice set for Age of Ashes Adventure Path and you will survive anything. This is the first Adventure Path in the Second Edition of the game - and it can get quite heated by real ancient dragon’s firebreath! This dragon is not evil, but pathologically overprotective for humankind and quite naive. He want to save people for price of many deaths. Your task is to avoid unleashing the Age of Ashes upon the world. This set will be a great help in dealing with fire, lava, heat and blazing inferno of all kinds. Dice are made from the best material, suiting all struggles. This set is fiery red with orange burns to mark the digits and engravings. On the highest face of every die there is the symbol of Dahak - a dragon’s tooth turned into a meteor. If you use them, you’ll be unbeatable under all circumstances, even in the fiercest struggles.

In the campaign there will be six chances for TPK, and you have been warned:

Hellknight Hill - What starts with laughter ends in tears and sometimes in RPG you must create a new character because the old one is lost in a dungeon under suspicious tower.
Cult of Cinders - Don't play with matches! If there are secret portals in the closet or the basement, enter at your own risk only!
Tomorrow Must Burn – Long story short: Scarlet Triad feast on the blood and flesh of great warriors. What are you going to do, dear brave hero?
Fires of the Haunted City – The risk is fun, the dwarves are brave and there is no rhythm in it, like there is almost no chance for survival of this fight.
Against the Scarlet Triad – You think you’re invincible but little by little does the trick, and Scarlet Triad is back in the saddle.
Broken Promises – And now you see a dragon - gold dragon, ancient, gold semi-god dragon that can unleash the Age of Ashes upon the world! End. Period.