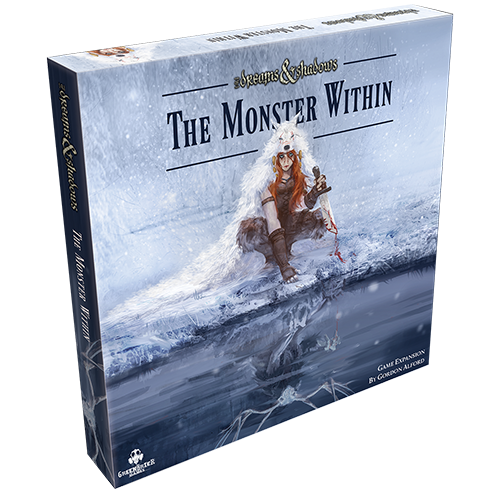 Of Dreams & Shadows: Monster Within

A season has passed since the Champions saved the realm. Winter has come, blanketing the land in snow and ice. The kingdoms are rebuilding, but tensions rise as food becomes scarce. The Werefolk are in decline and there are rumours of something exterminating their kind. New disappearances are happening across the realm. Some who have gone missing are later found, but turned into ravenous cannibals. The surviving Champions learn that these monsters have been created for some greater purpose.

Continues the storyline and results of the core game
Several choices made in the core game will lead players down different story paths
Experienced versions of each Champion with updated abilities
New Villain, Foes and Epic Foes
New Resource cards such as spells that will grant more control of the map
New rules on customizing your Resource deck to fit your preferences