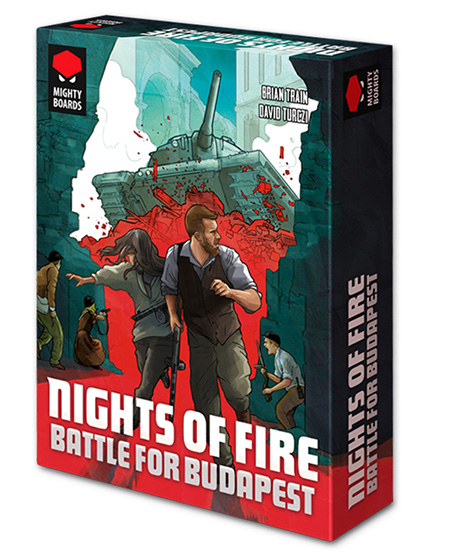 Nights of Fire: Battle for Budapest

Nights of Fire: Battle for Budapest is the second game in a duology adapting the events of the 1956 Hungarian Revolution for modern board game form. Following the Hungarian success in part one, this game starts as the Red Army arrives at the edge of the capital and pushes into the heart of the city, bent on retribution, destruction, and ruthless pursuit of control. For the players in charge of the Hungarian defense, there is no time left for organizing and sedition. This is a hopeless war of survival, plain and simple.

Combining card and action management mechanisms of modern euro games with the theme and feel of a classic block wargame, players can experience the rush of a true no-win scenario, and see how long they can keep the flame of the revolution going under the pressure of the unstoppable march of the Soviet military machine.

The game can be played by up to two revolutionary players against either a live or an automated opponent.