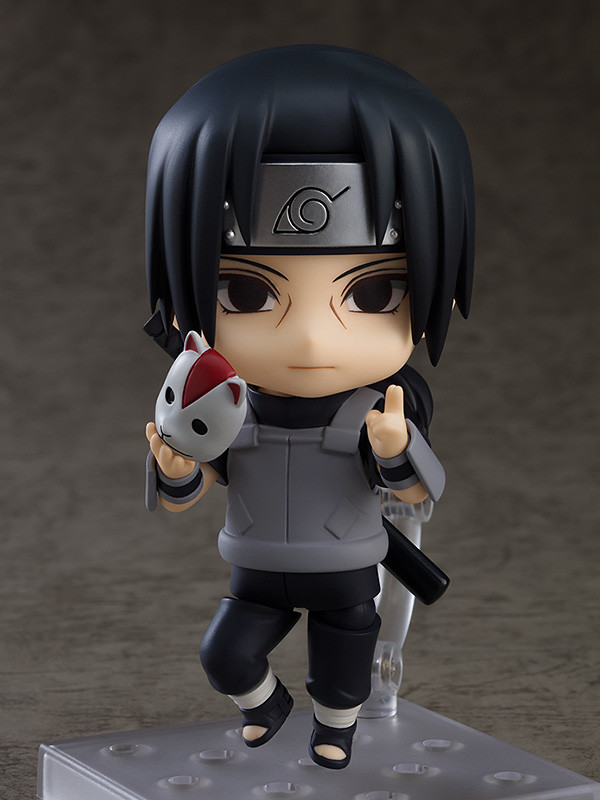 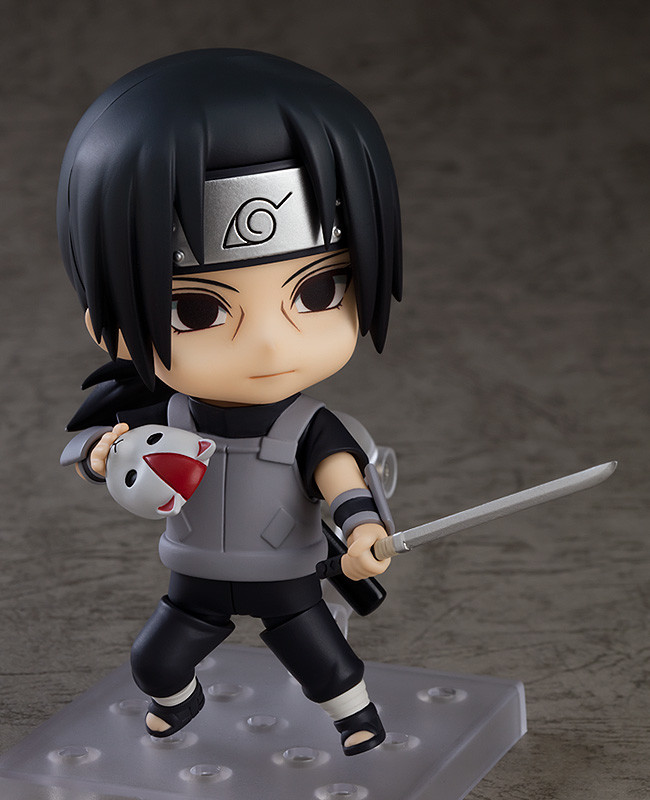 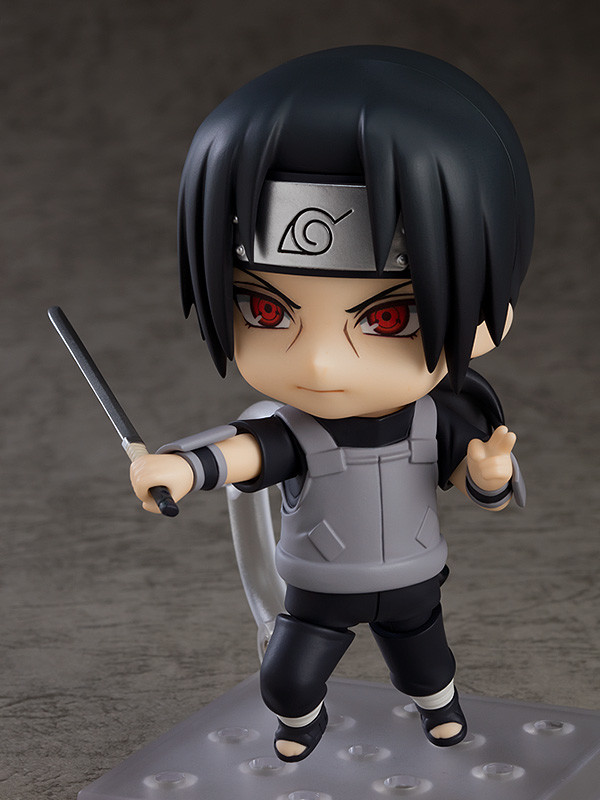 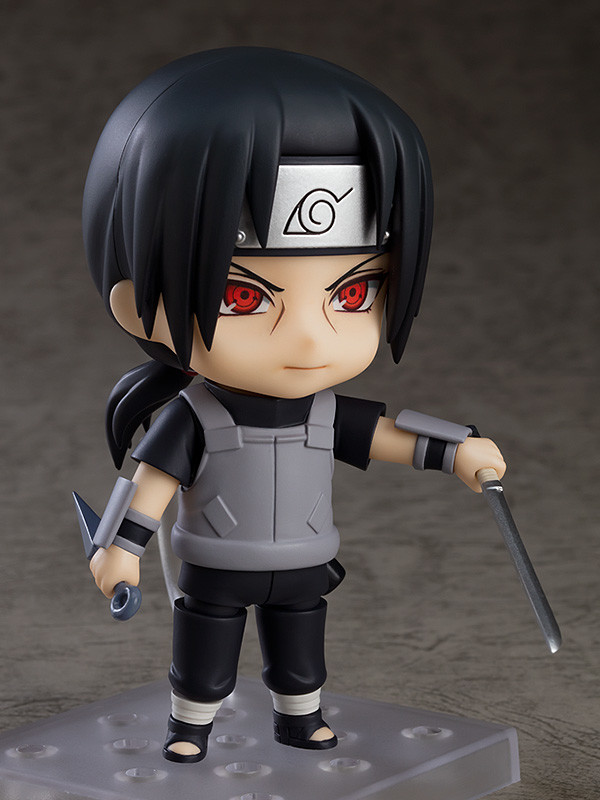 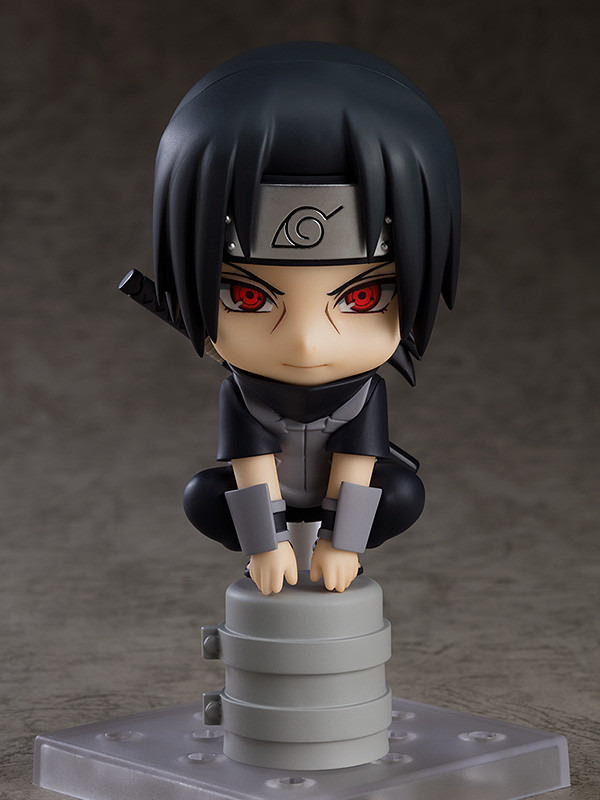 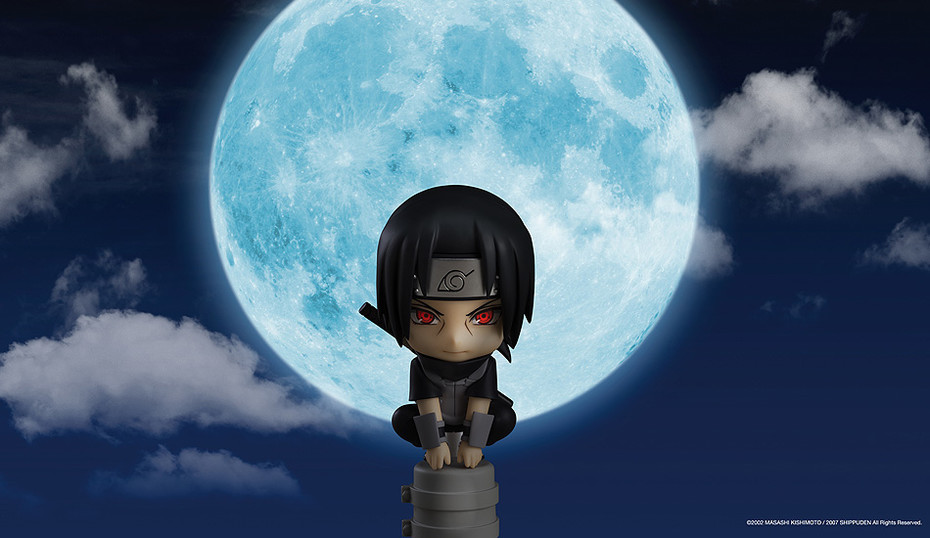 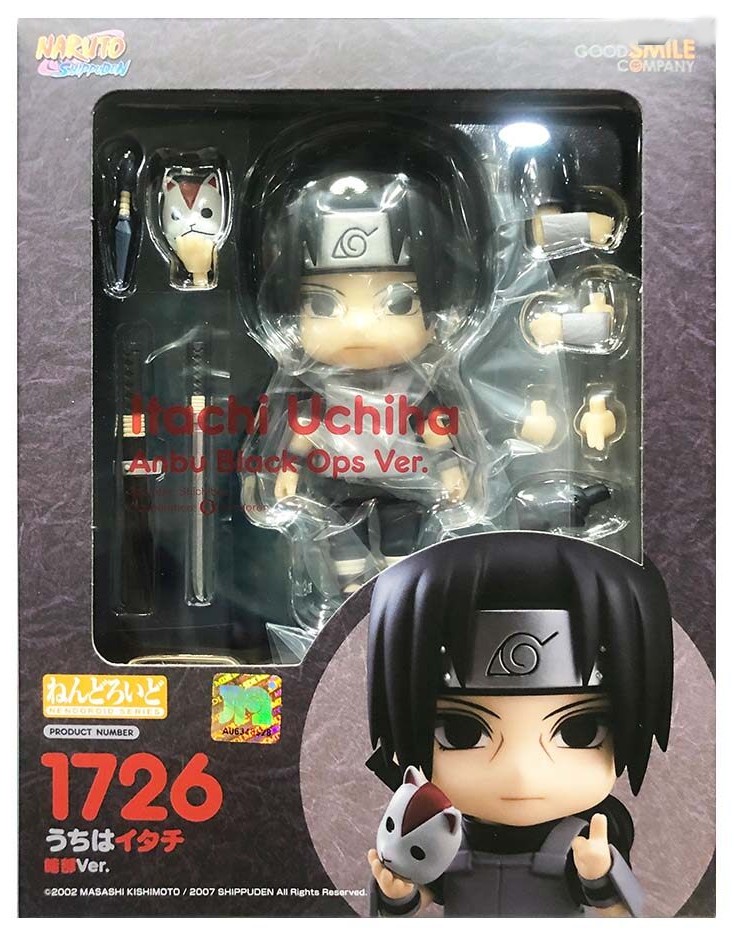 "Now I regret not telling you everything before it had come to this..."

From the popular anime series "Naruto Shippuden" comes a Nendoroid of Itachi Uchiha from his time in the Anbu Black Ops! He comes with two interchangeable face plates—a standard face plate and a Sharingan face plate.

Optional parts include his sword, a kunai and his Anbu Black Ops mask. An interchangeable lower body part and a utility pole part are also included, allowing you to recreate a famous scene from the series. Enjoy recreating your favorite scenes in Nendoroid form, and be sure to display him with your other Nendoroids from the series!