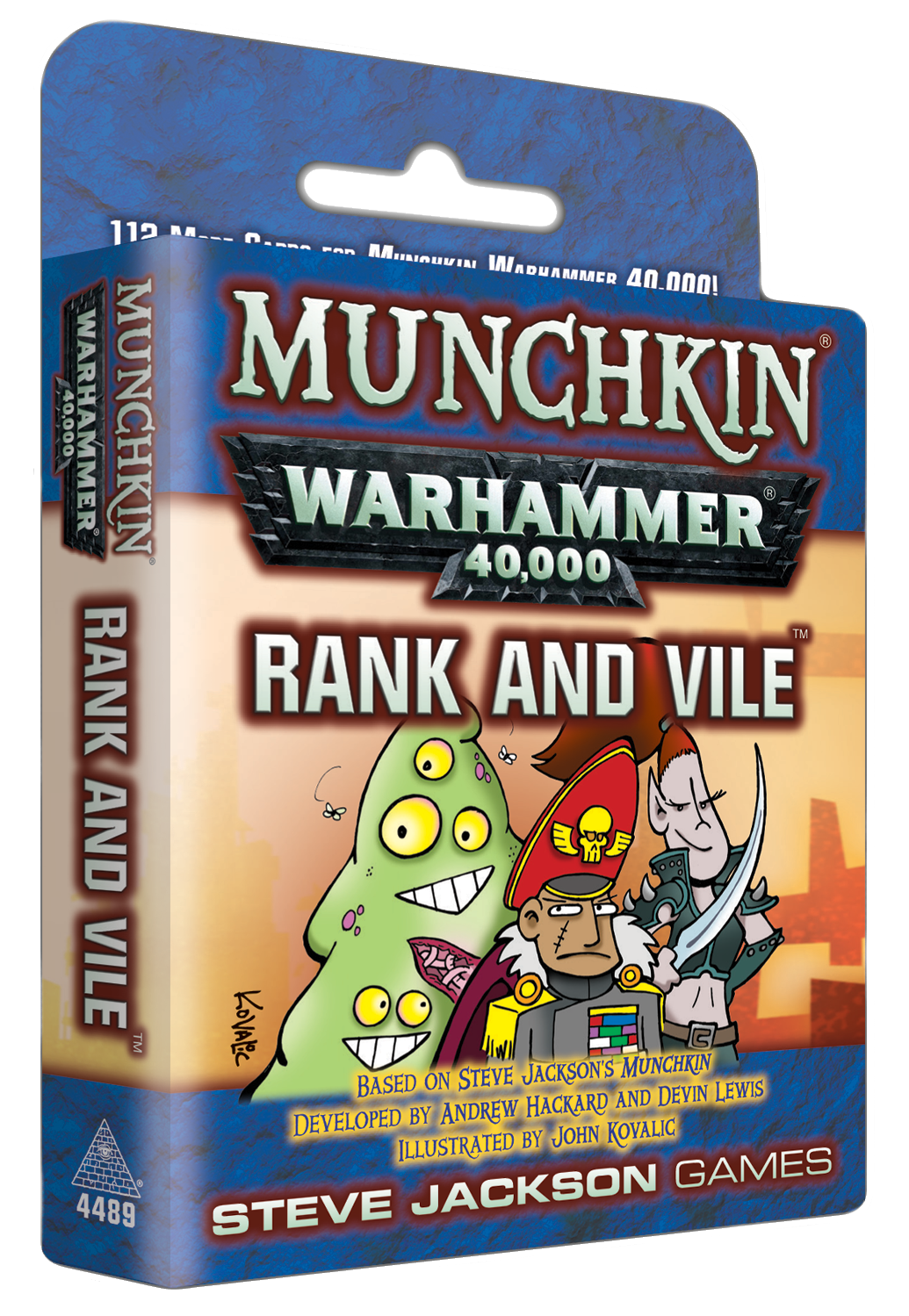 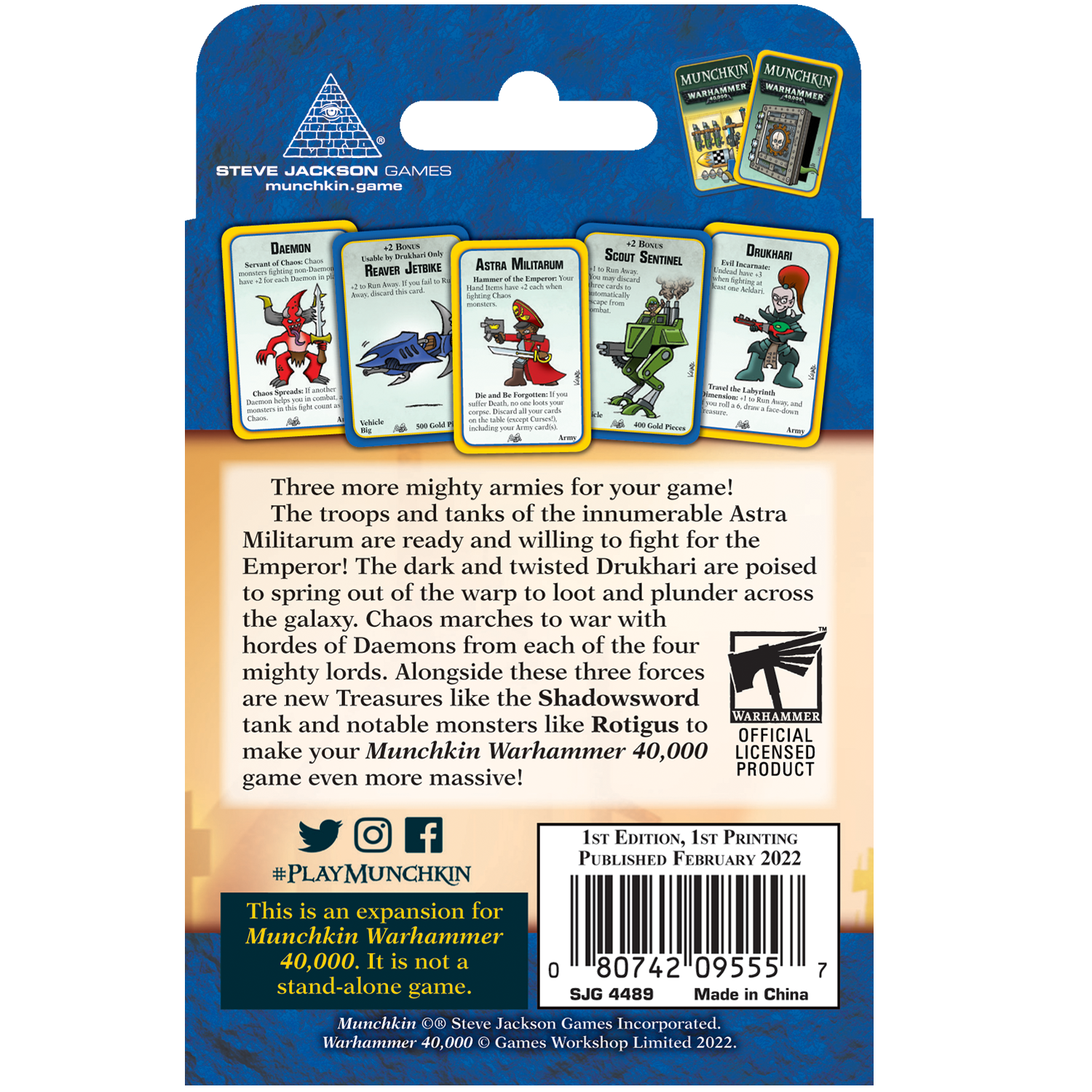 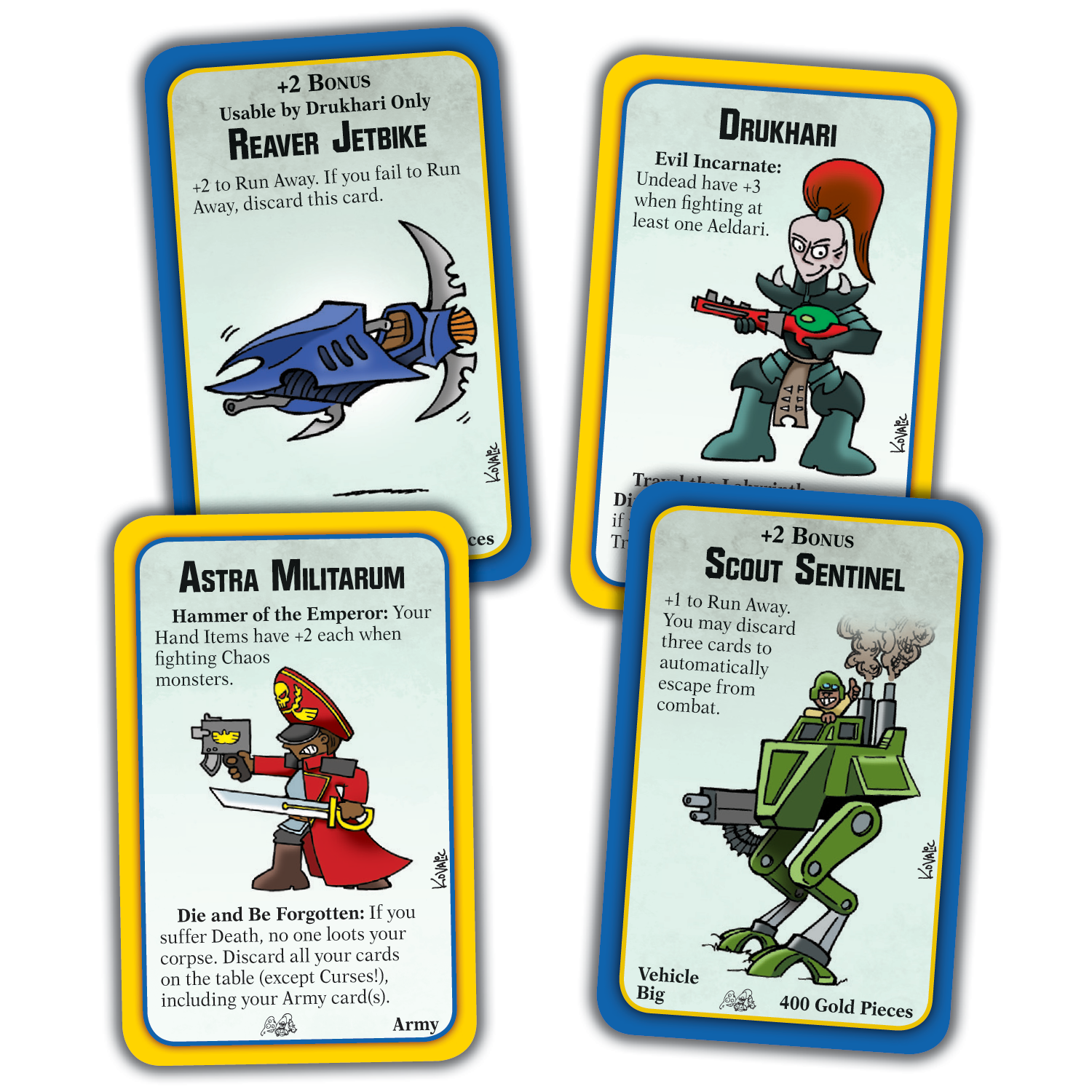 Three more mighty armies for your arsenal! The troops and tanks of the innumerable Astra Militarum are ready and willing to fight for the Emperor! The dark and twisted Drukhari are poised to spring out of the warp to loot and plunder across the galaxy. Chaos marches to war with hordes of Daemons from each of the four mighty lords. Alongside these three forces are new Treasures like the Shadowsword tank and notable monsters like Rotigus to make your Munchkin Warhammer 40,000 game even more massive!