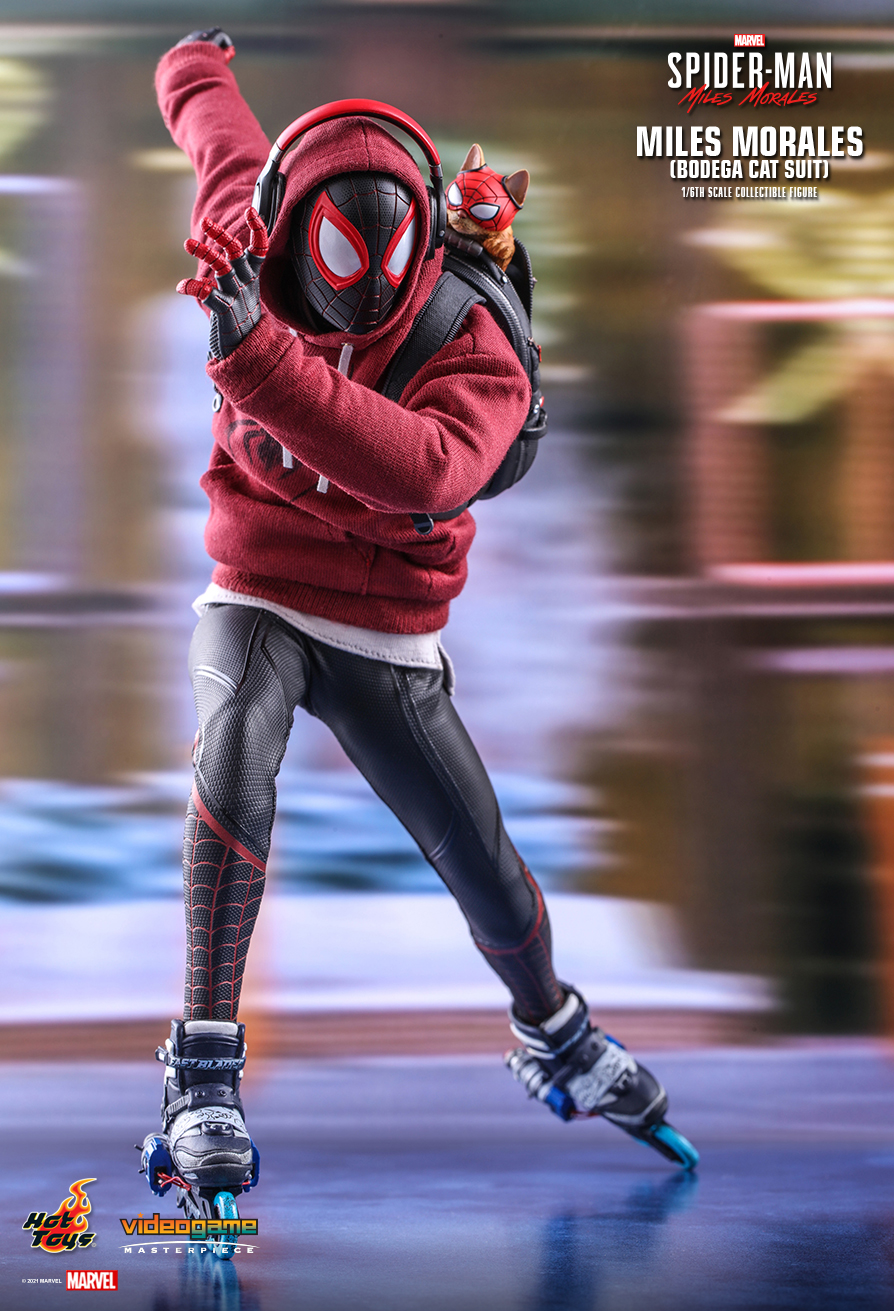 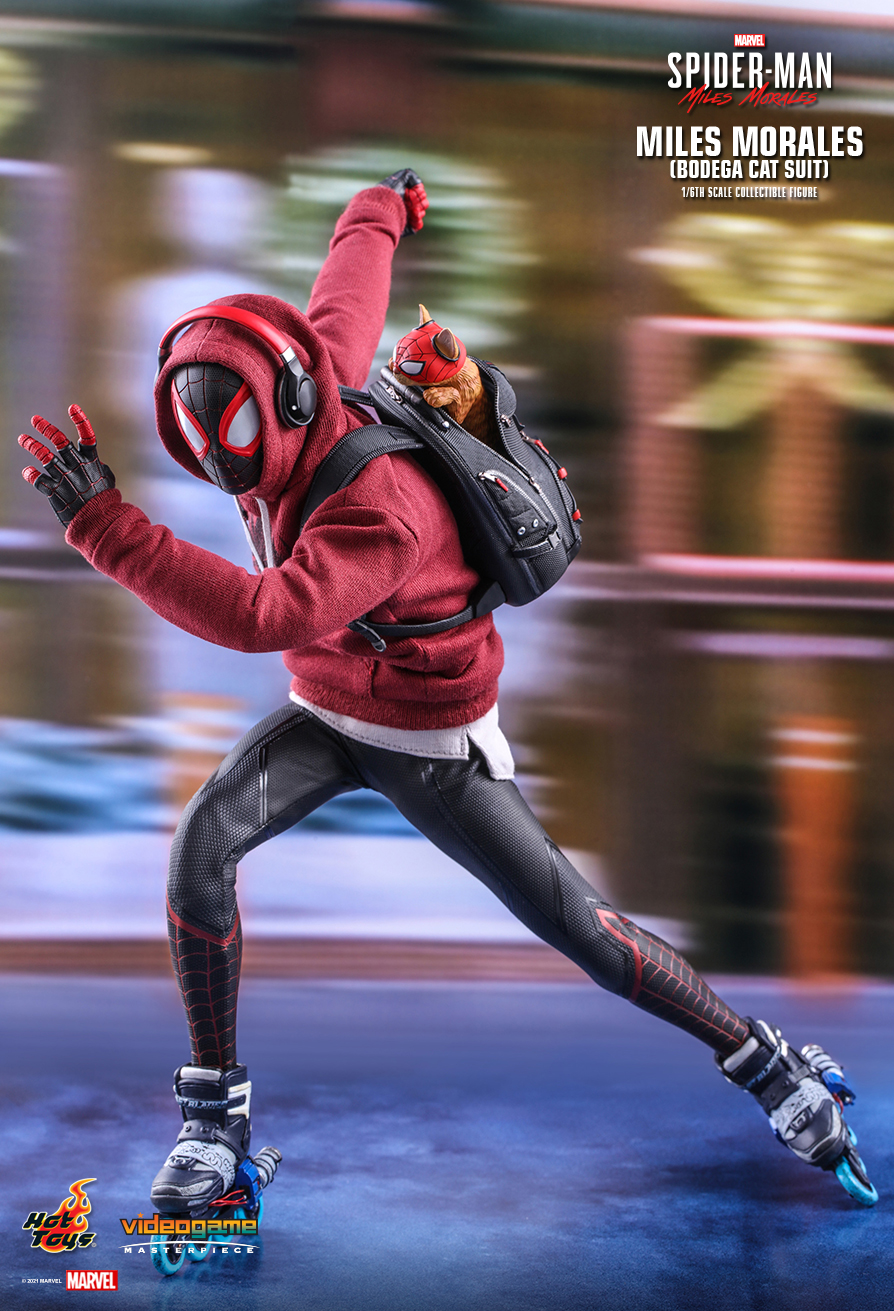 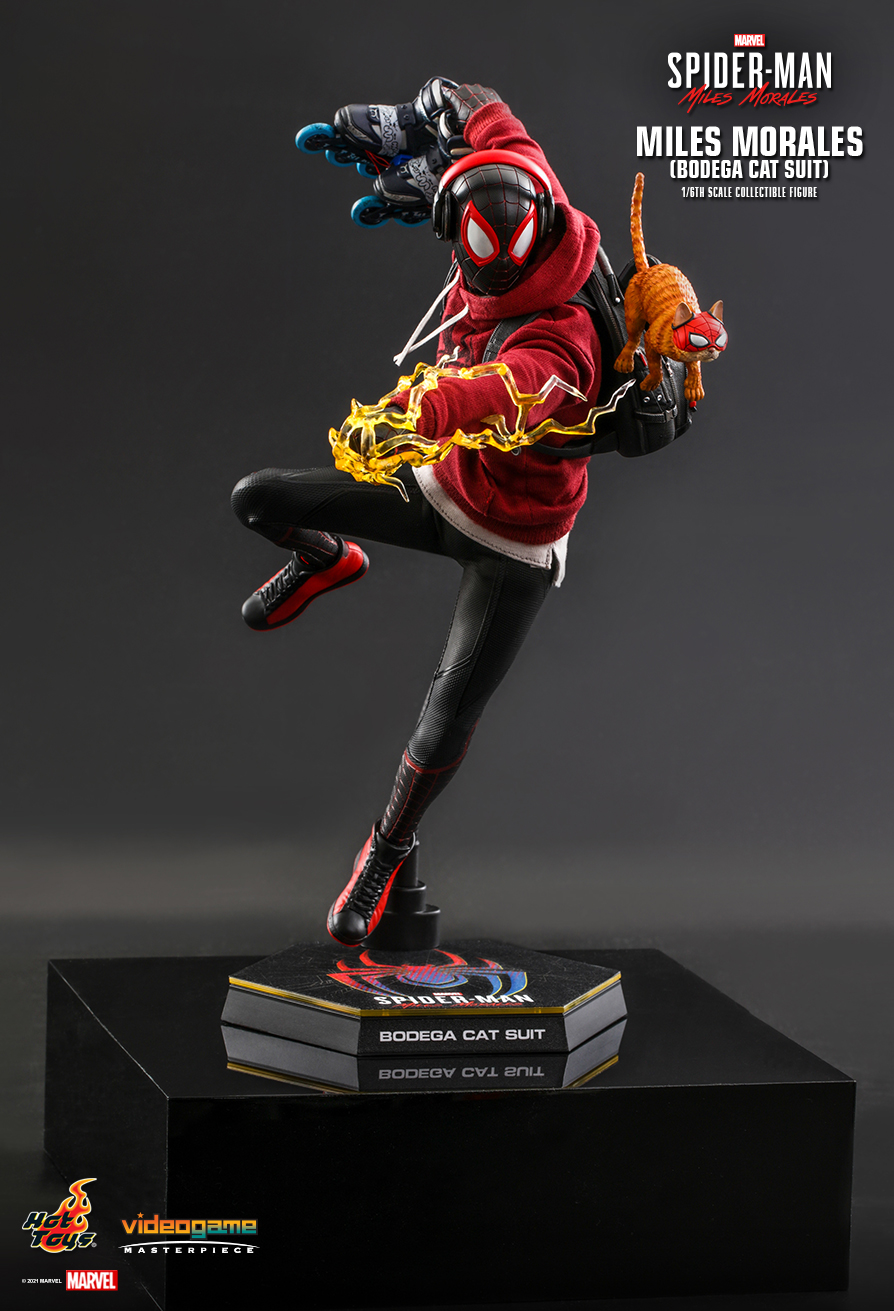 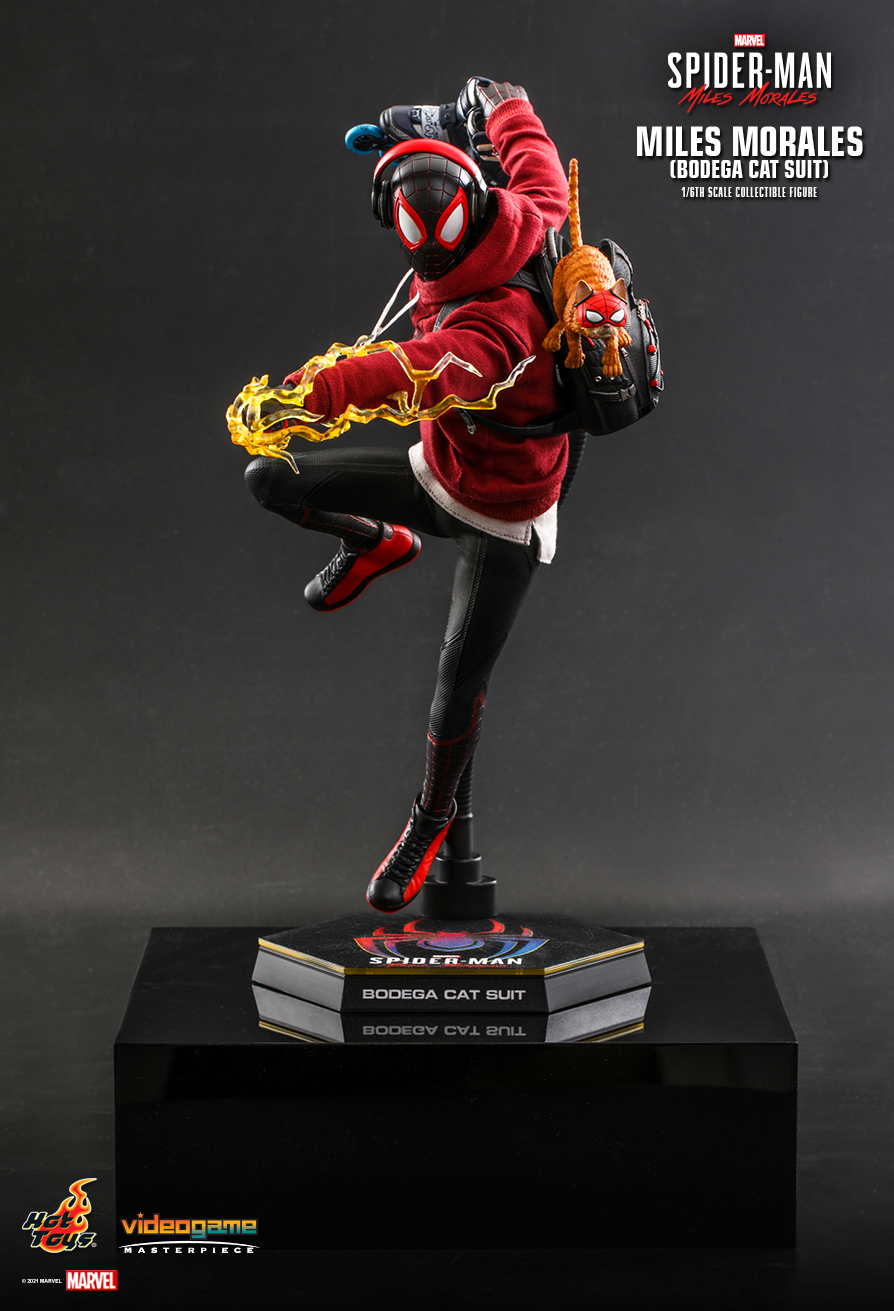 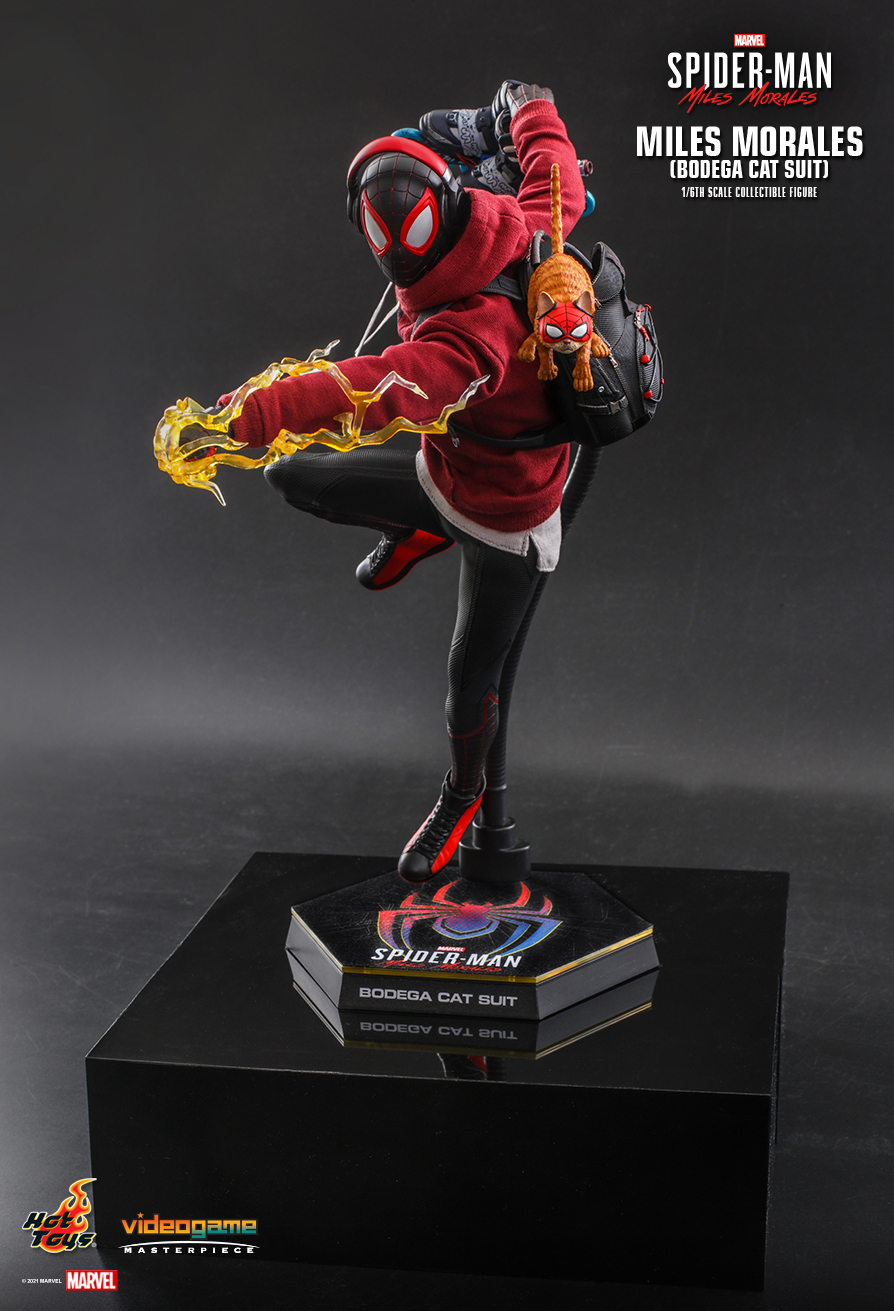 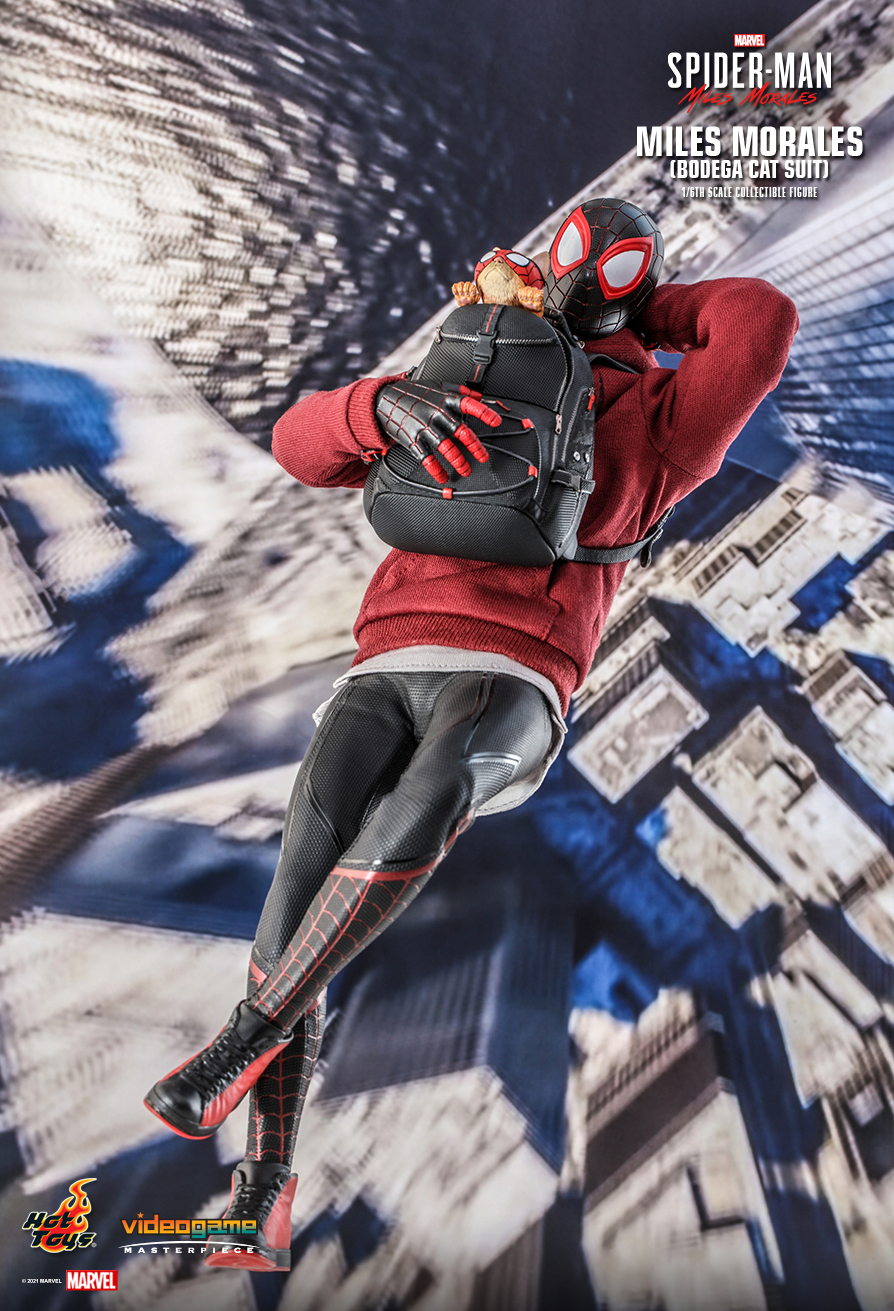 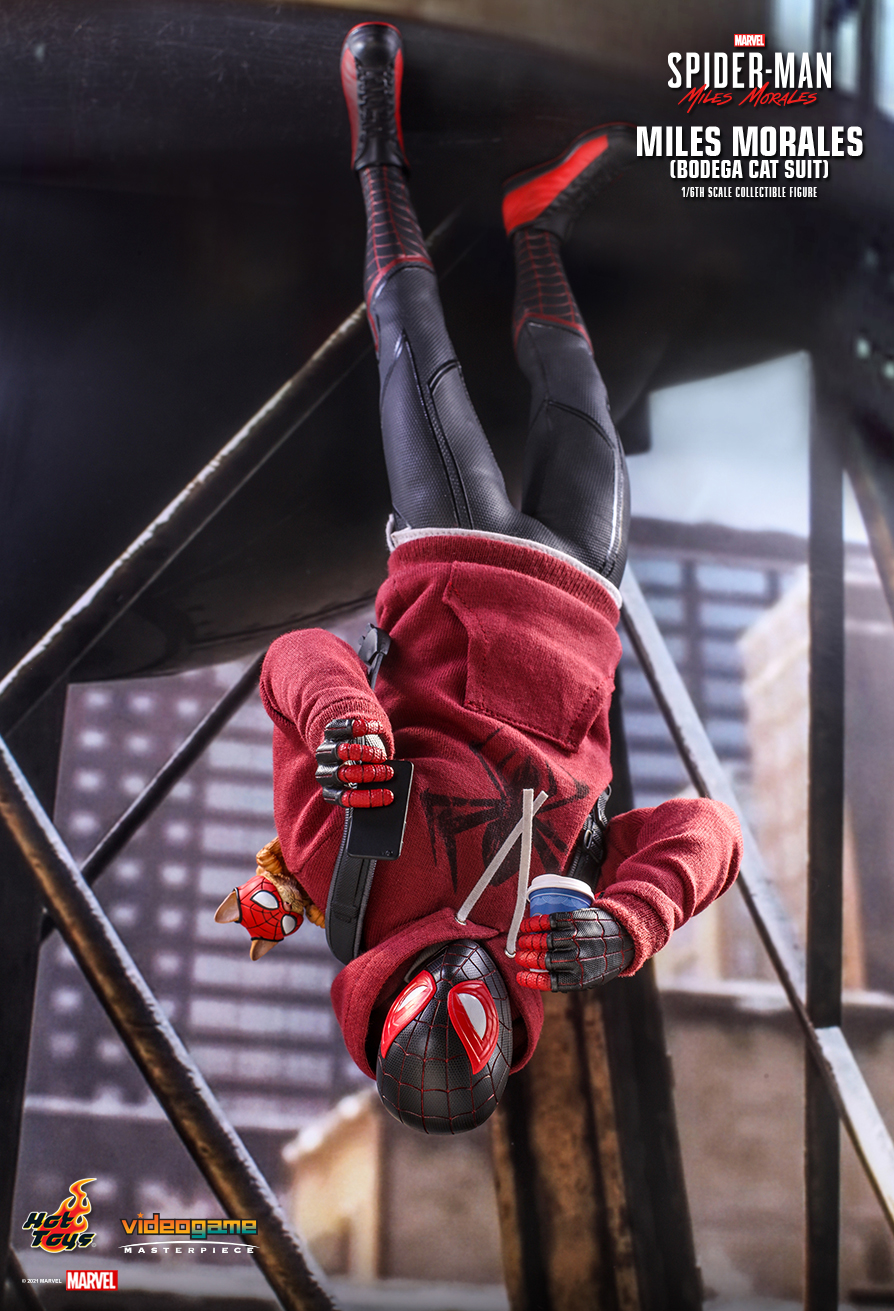 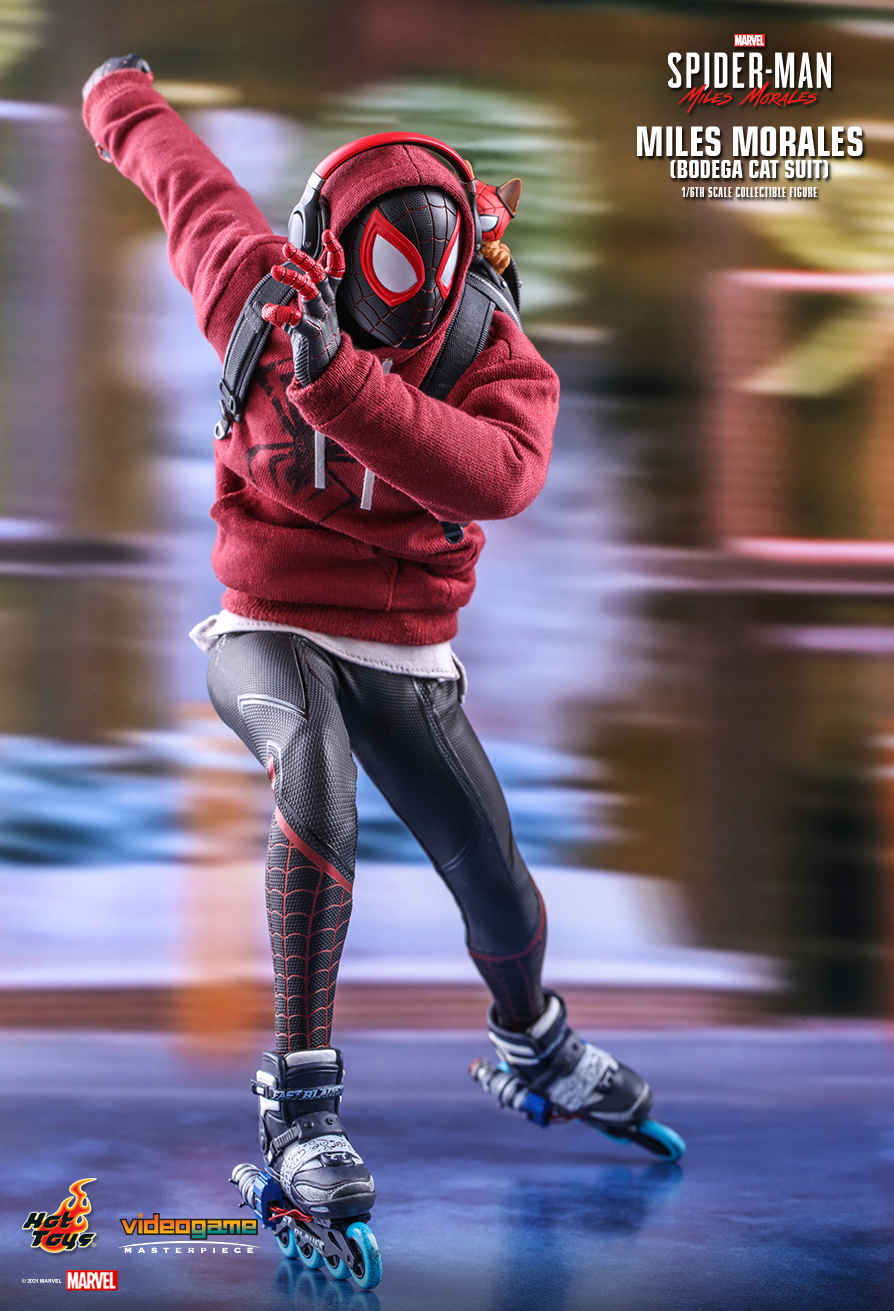 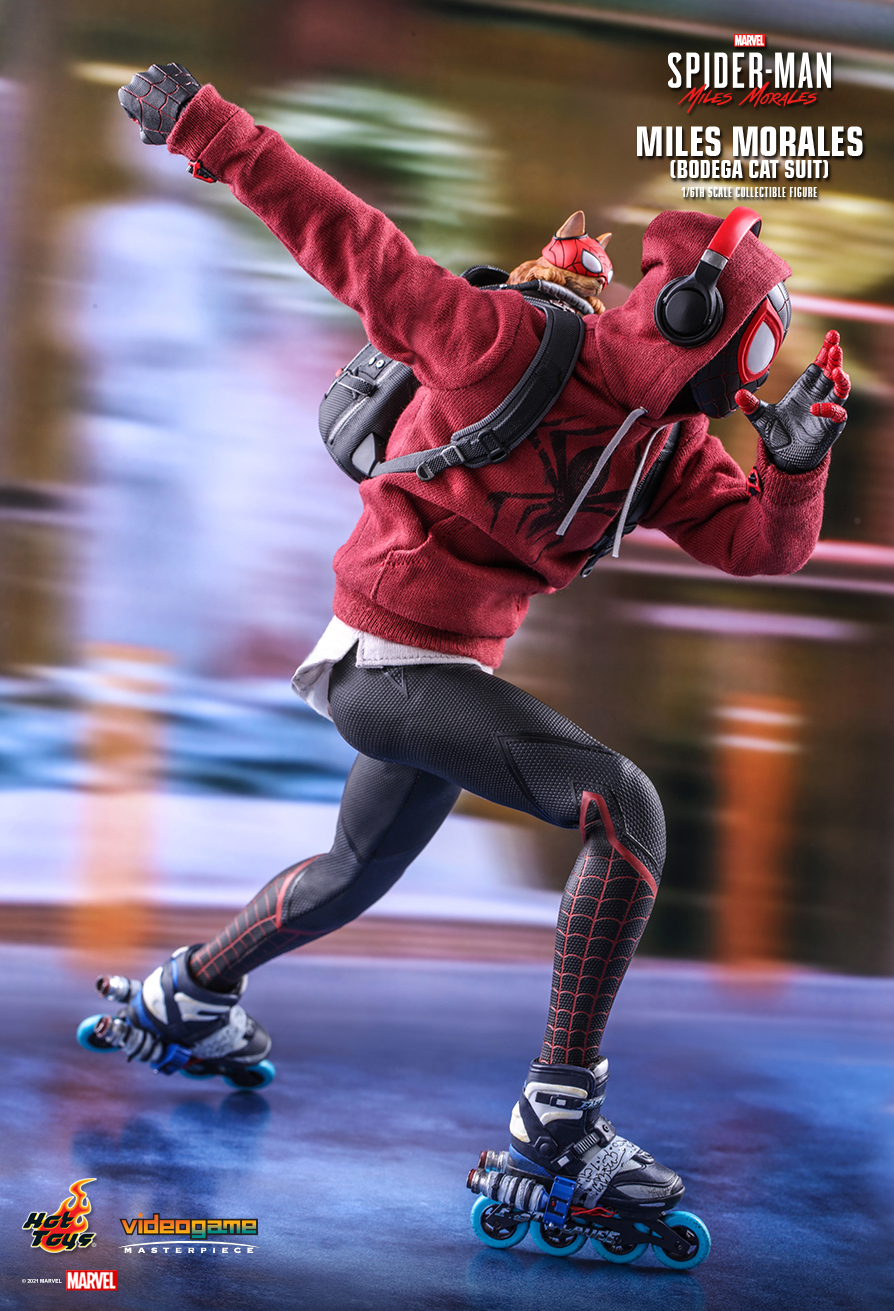 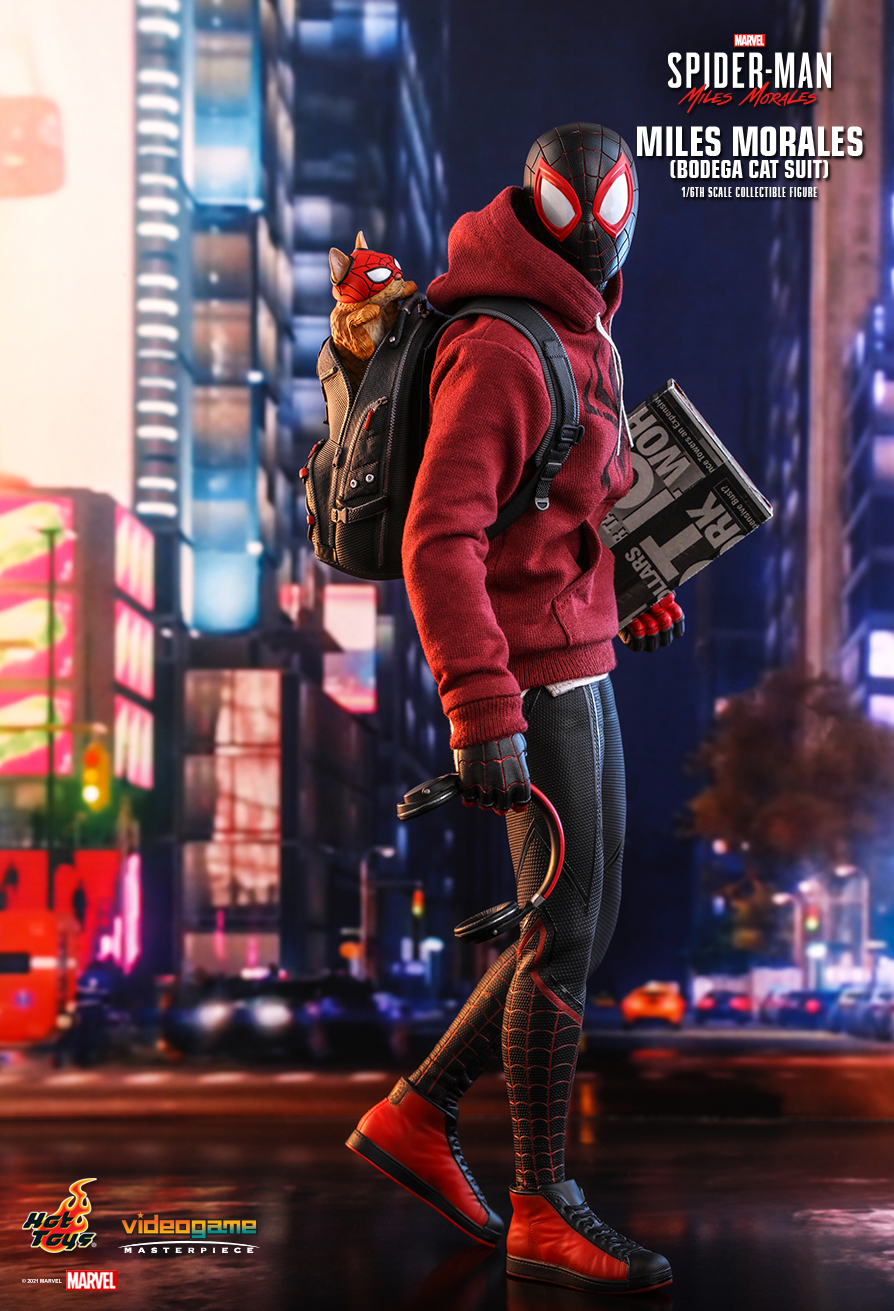 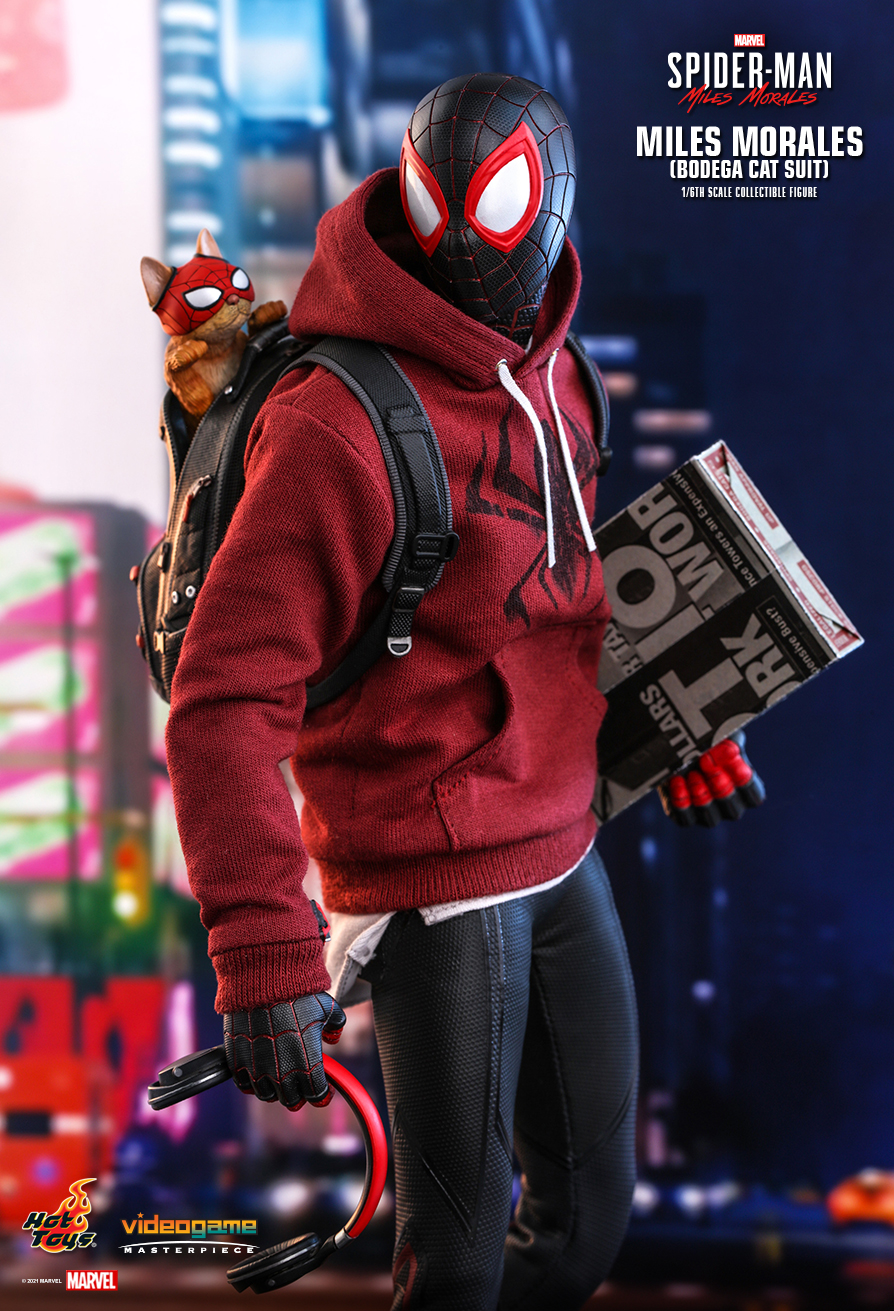 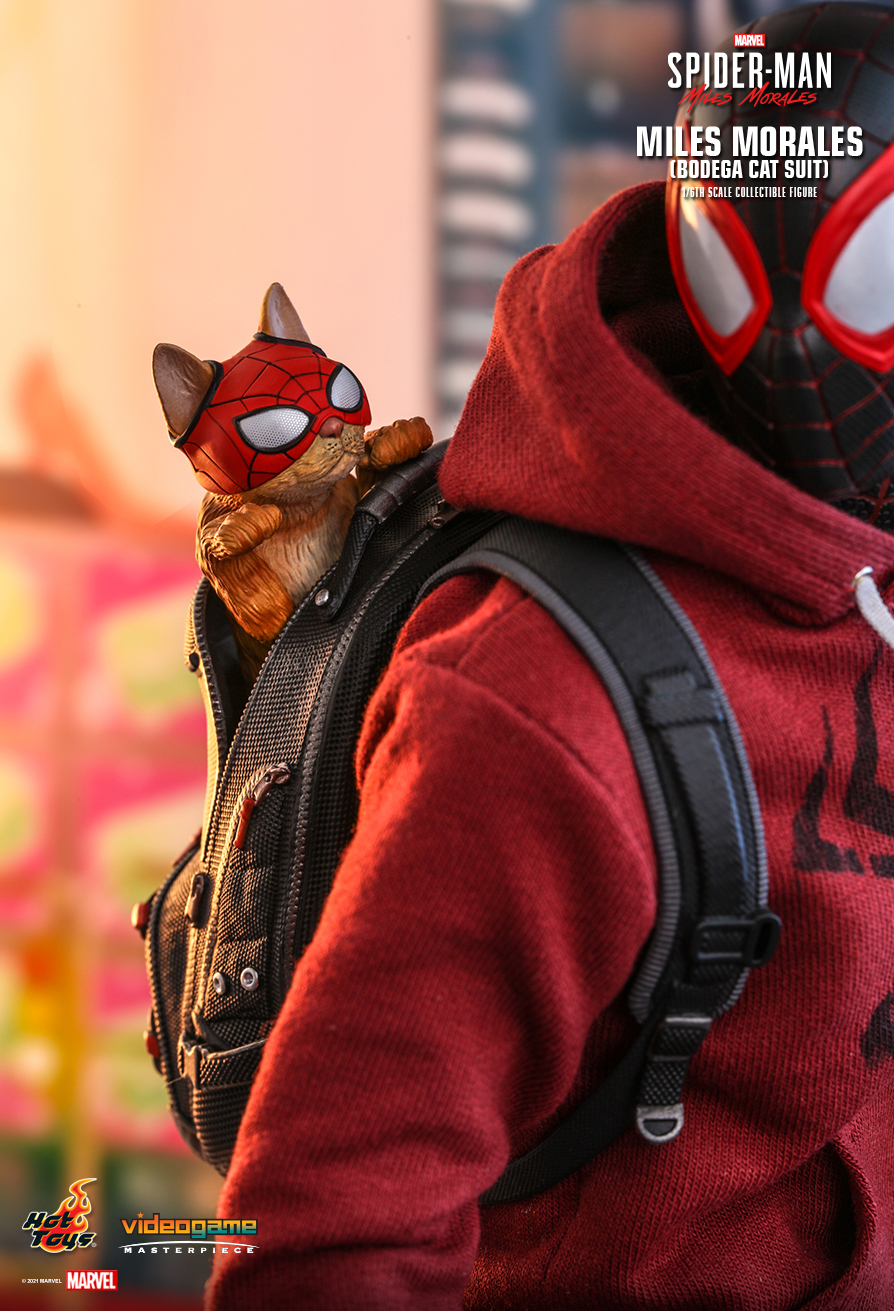 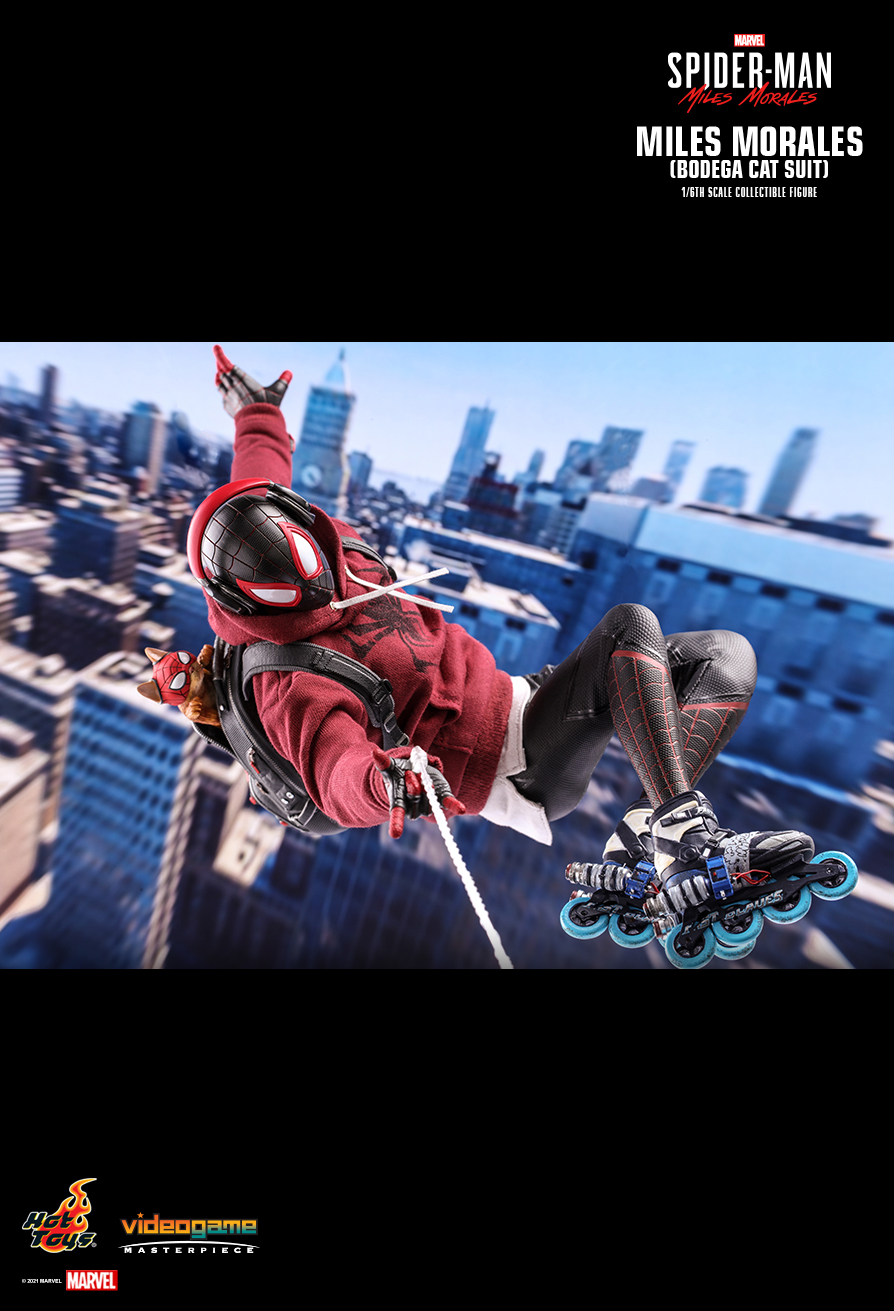 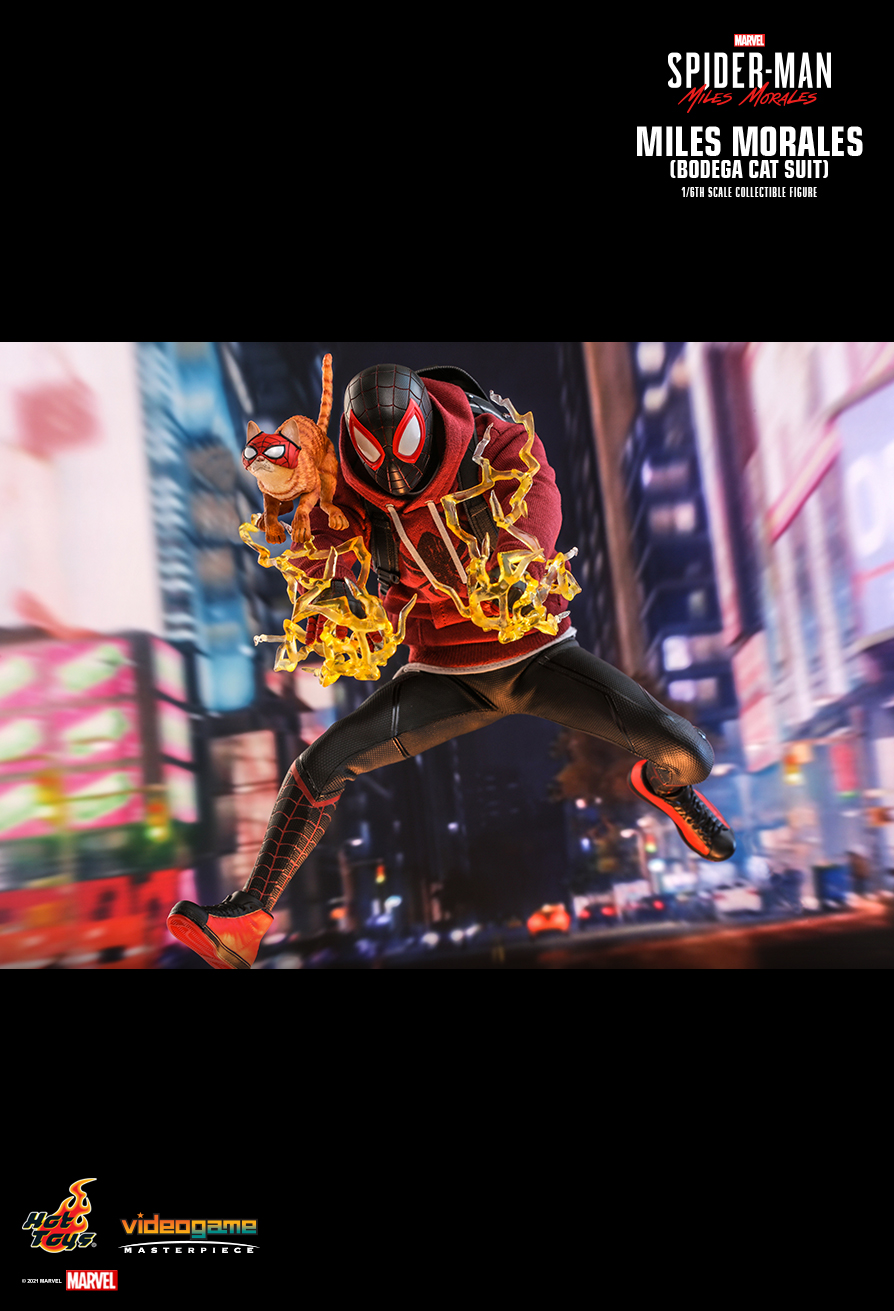 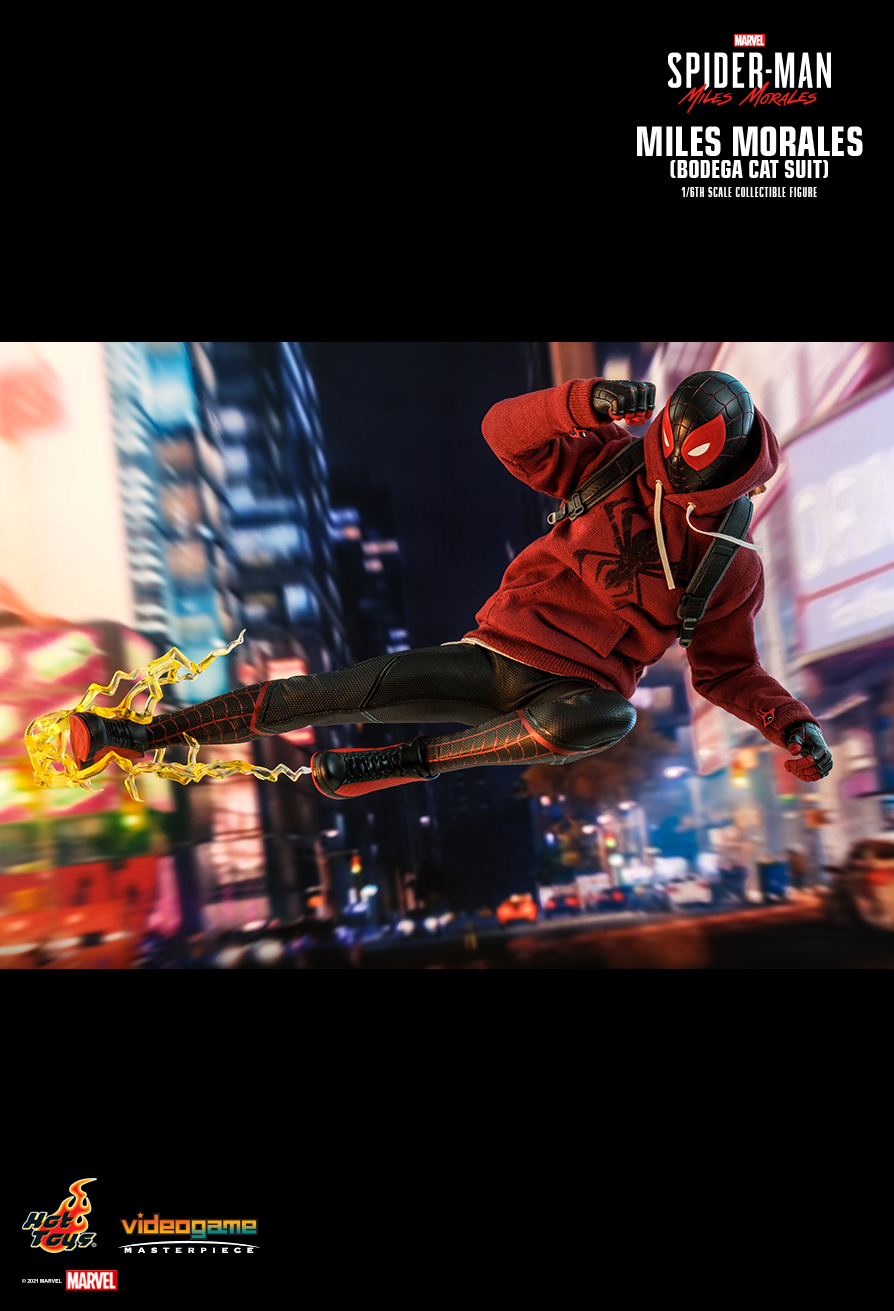 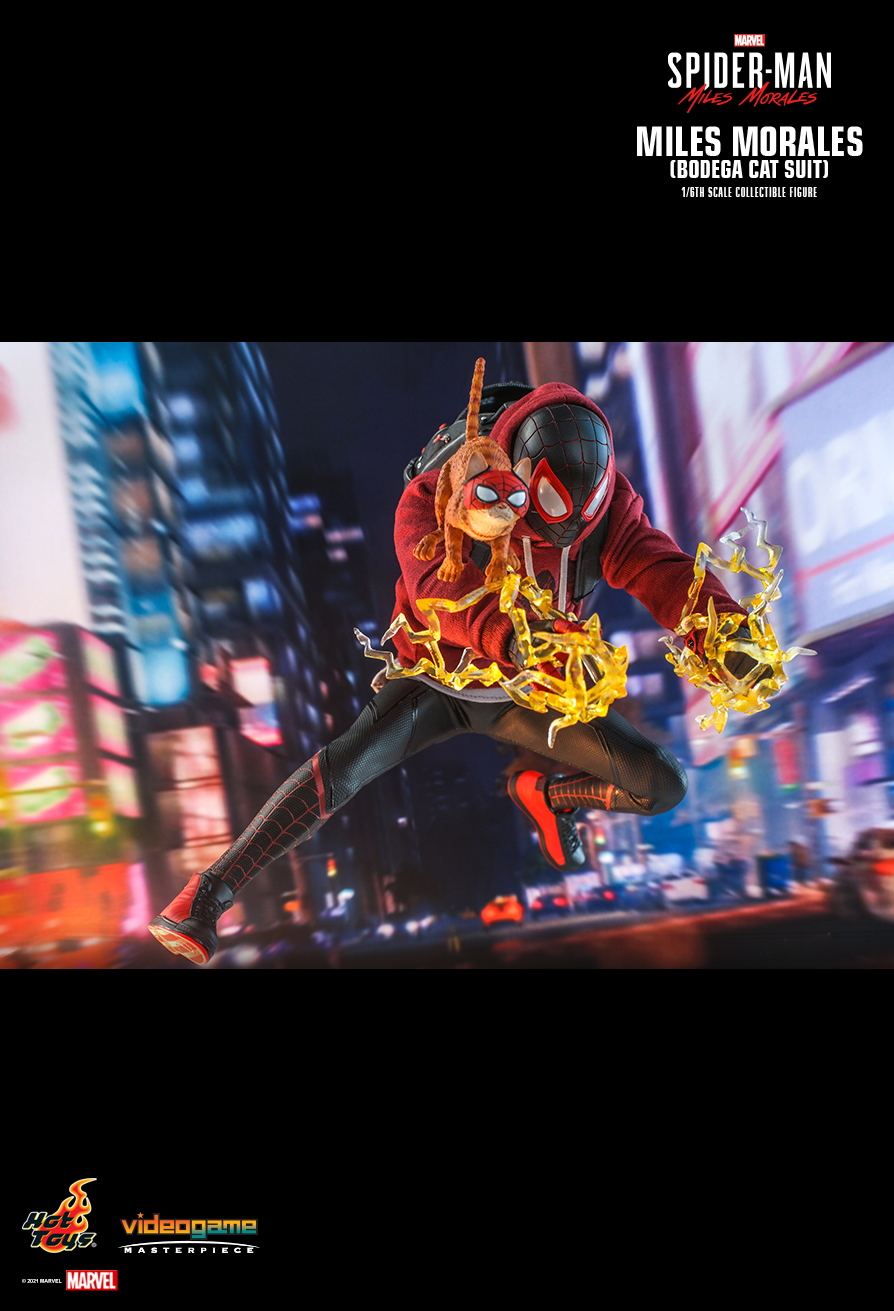 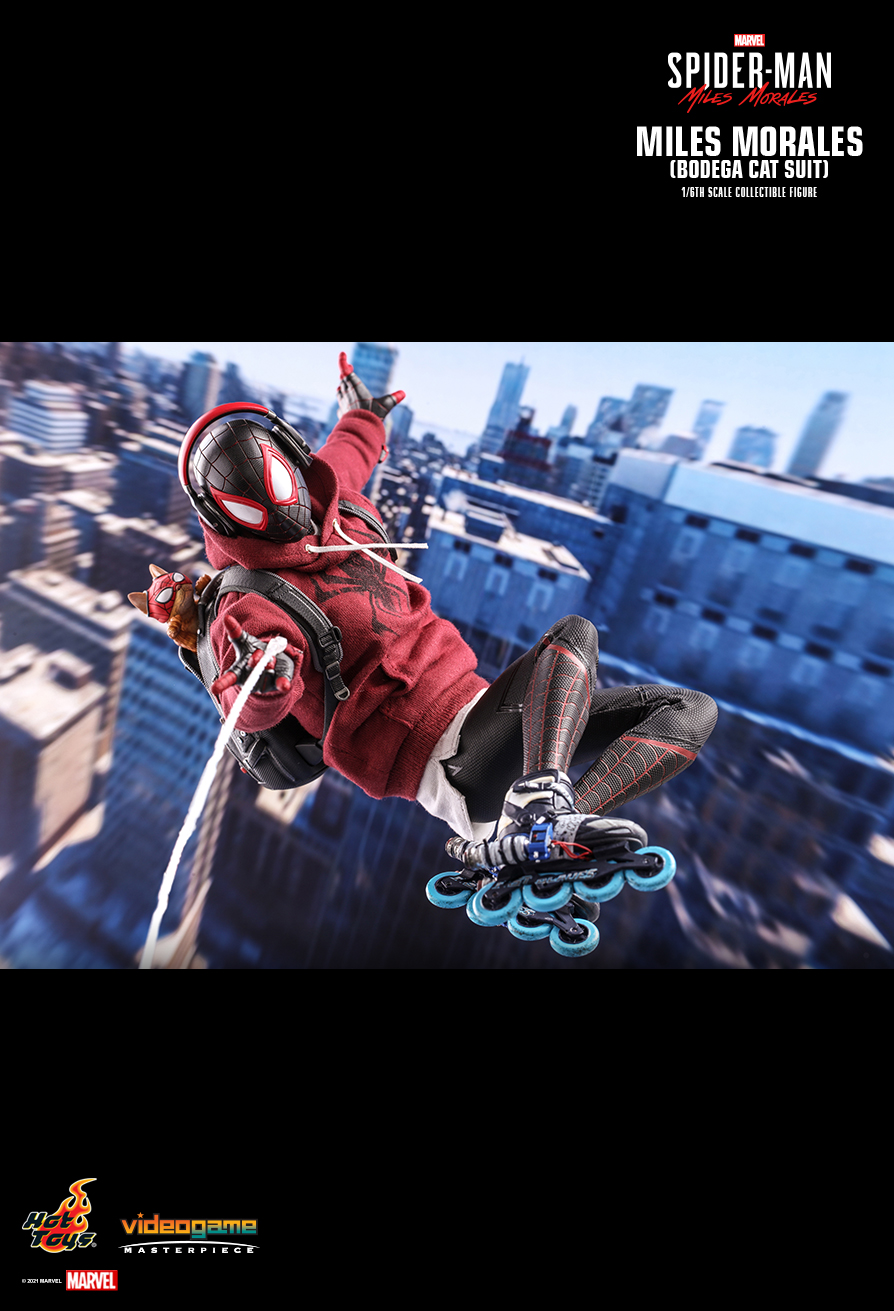 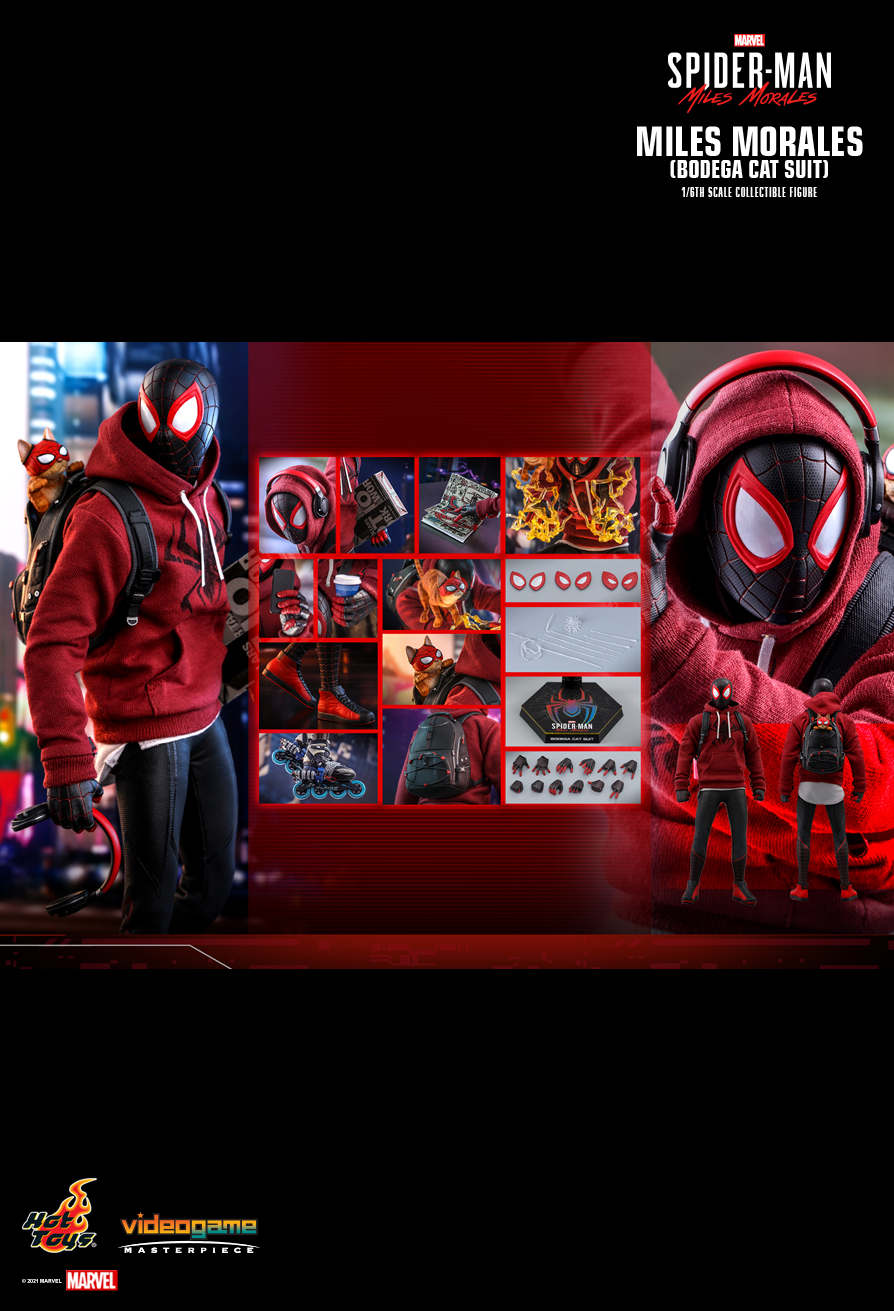 Marvel’s Spider-Man: Miles Morales managed to win the hearts of fans not only for its incredible story and gameplay but also for an adorable, furry friend. Upon completion of missions, fans can unlock a special suit that gives them a backpack with a bodega cat that attacks enemies during finishing moves.

Based on the highly-acclaimed Marvel’s Spider-Man: Miles Morales, Hot Toys presents our junior wall-crawling hero in one of the coolest suits, the Miles Morales (Bodega Cat Suit) Sixth Scale Collectible Figure comes with Spider-Cat and lots of accessories!

Bring the figures of Miles Morales and Spider-Cat to your proud collection today!