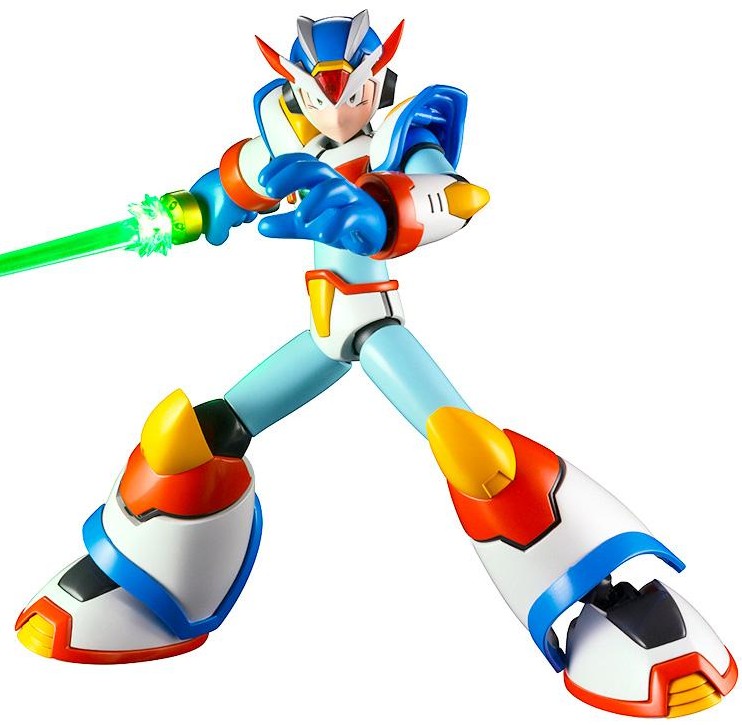 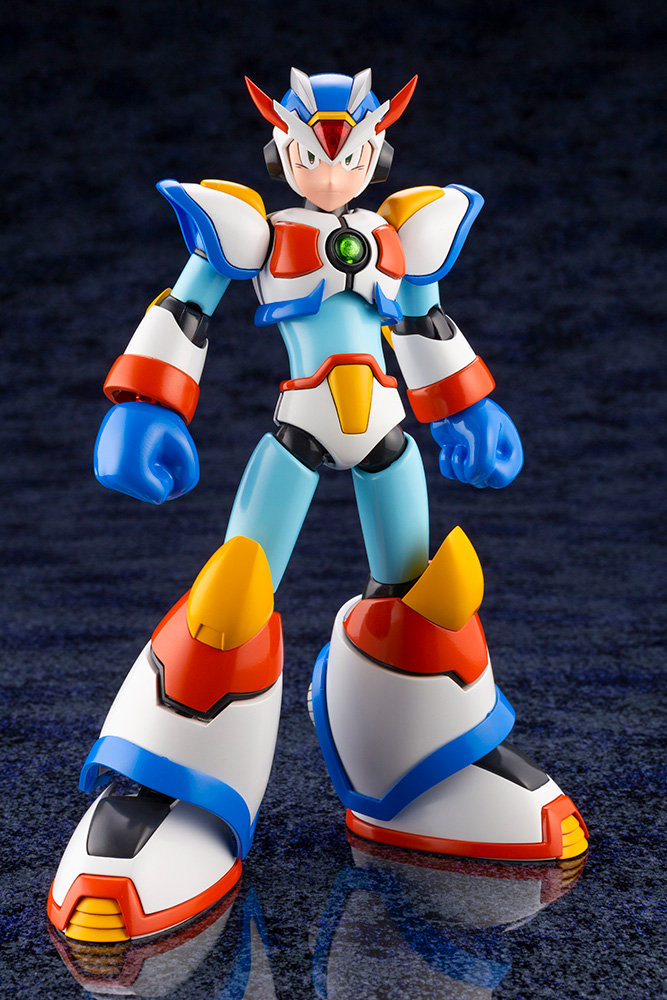 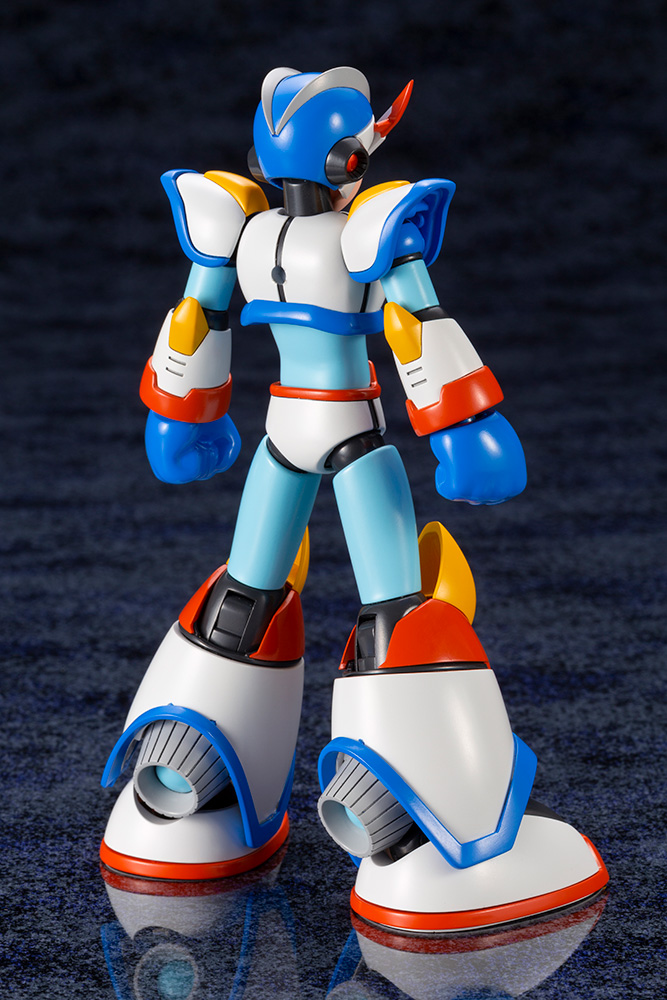 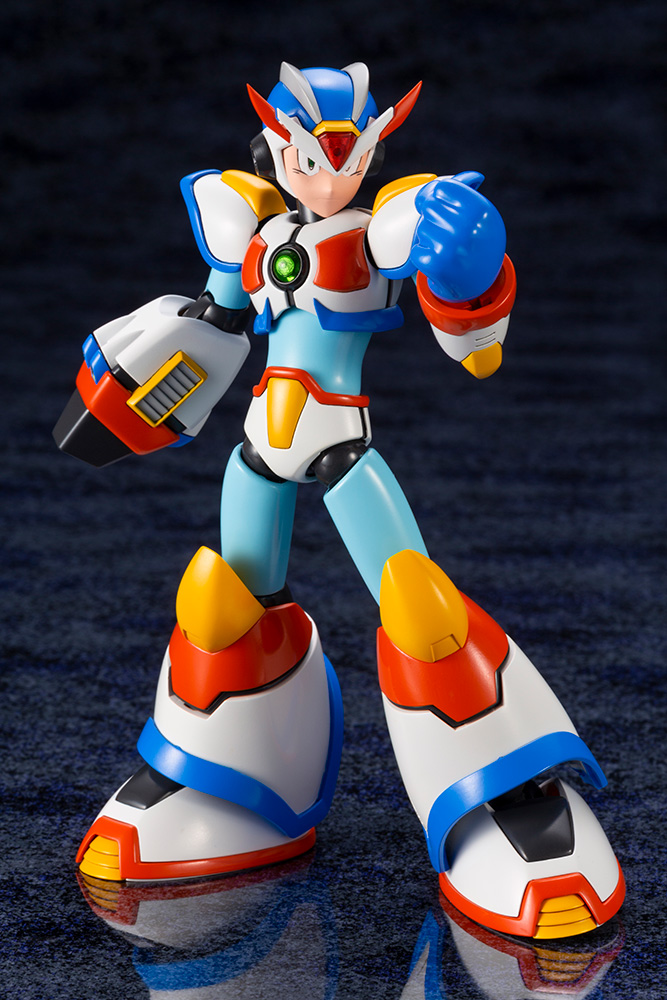 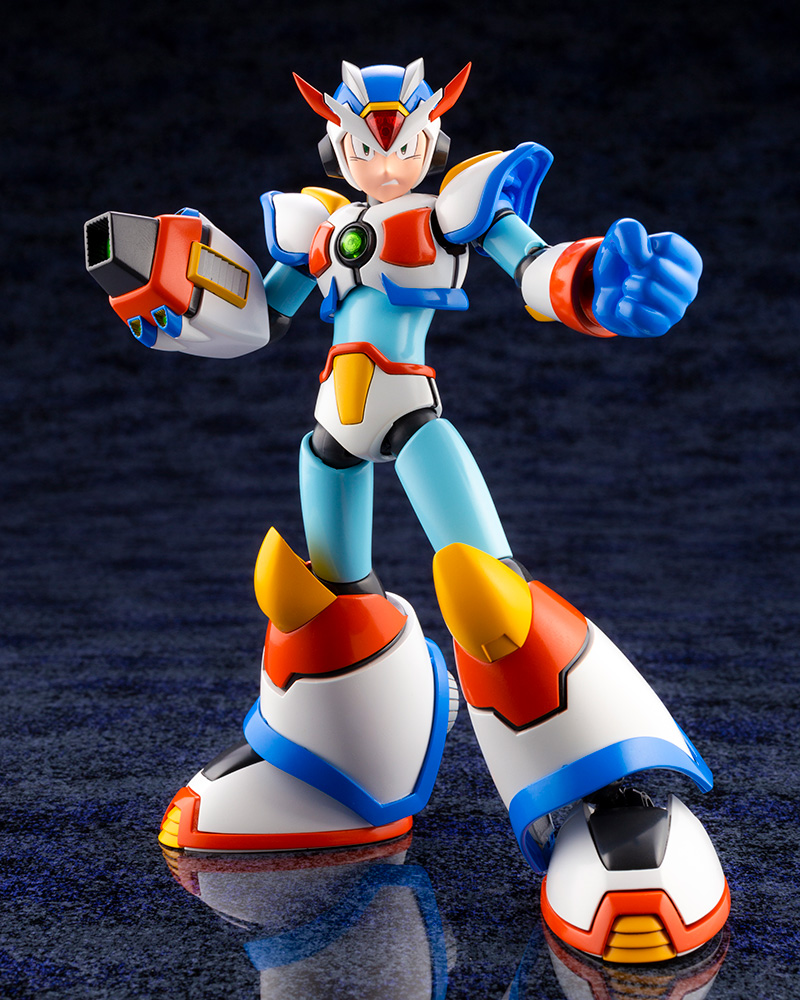 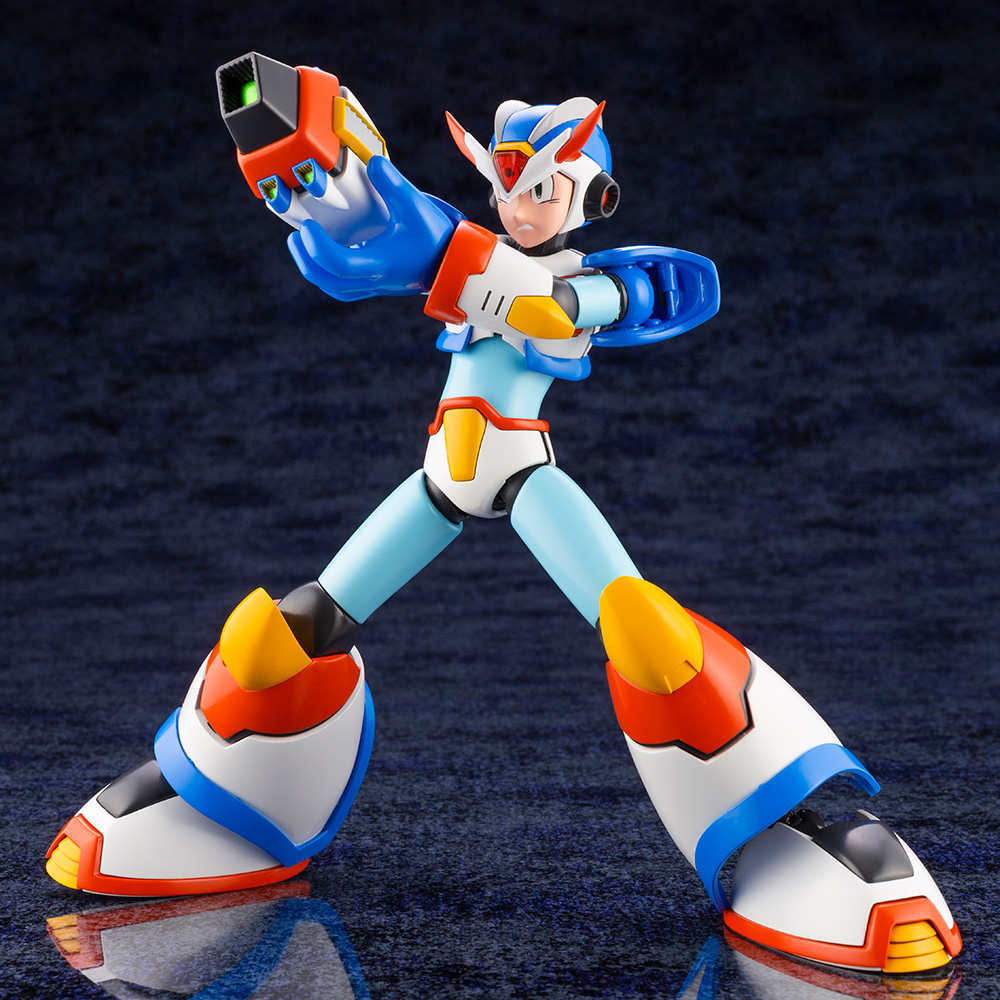 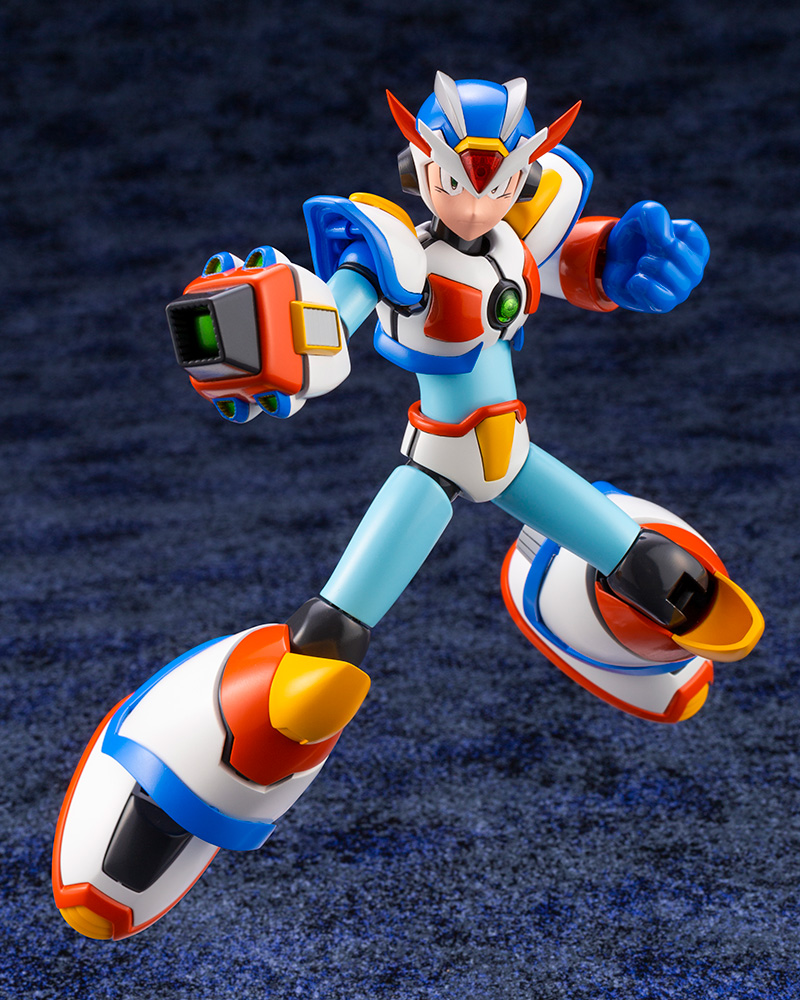 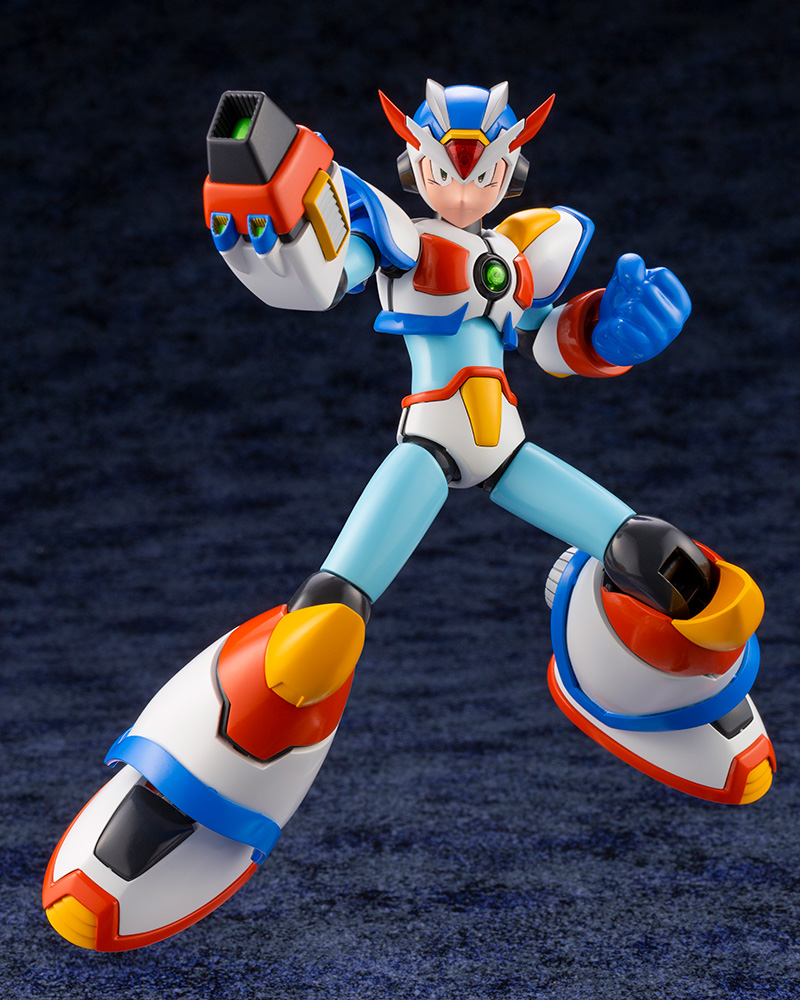 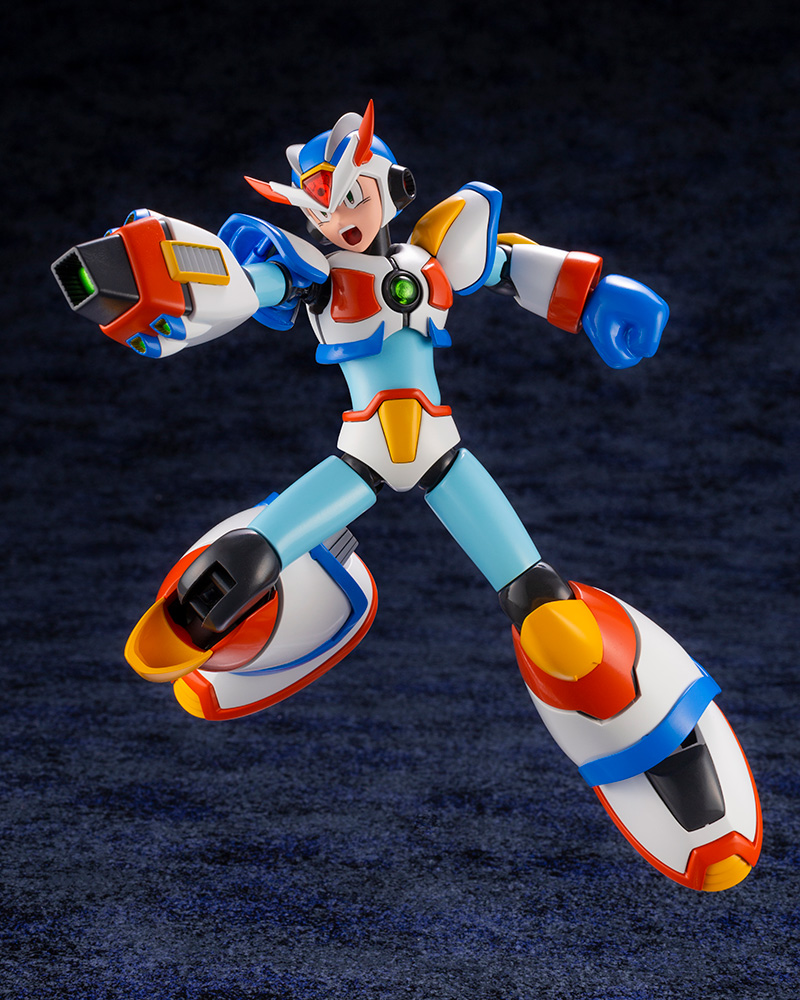 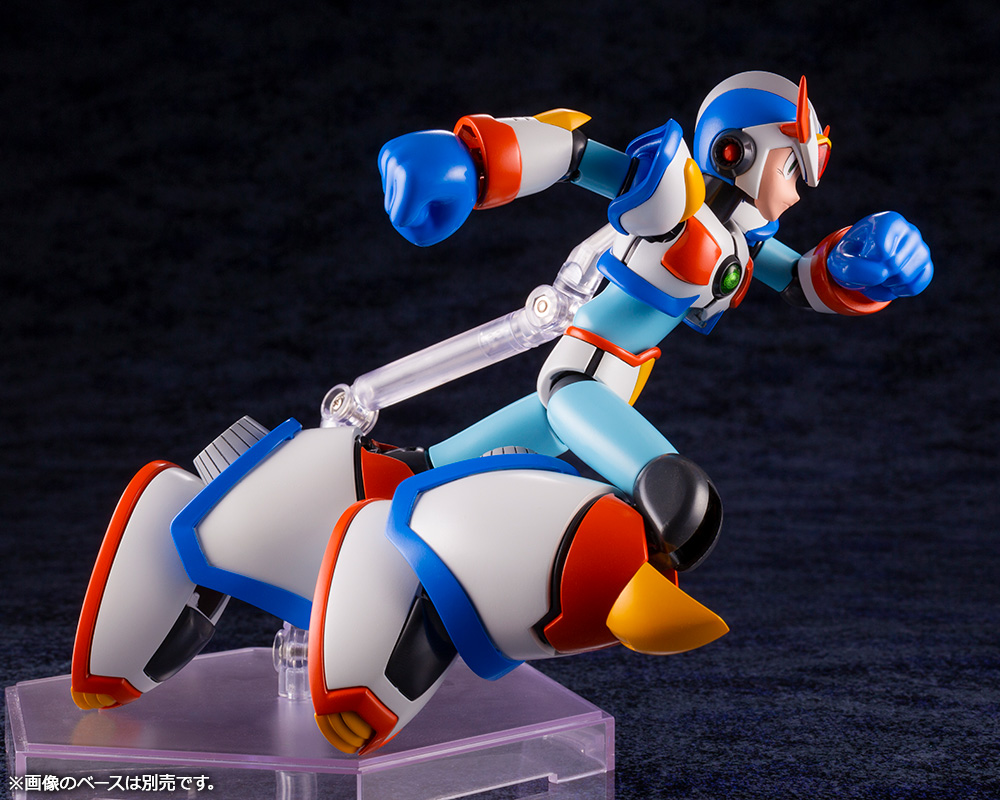 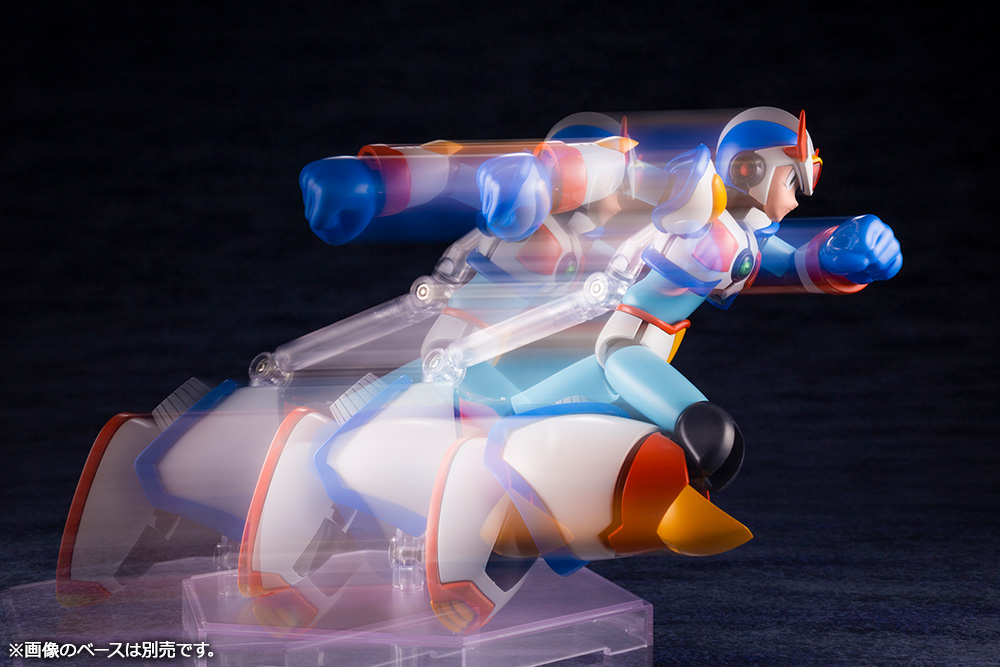 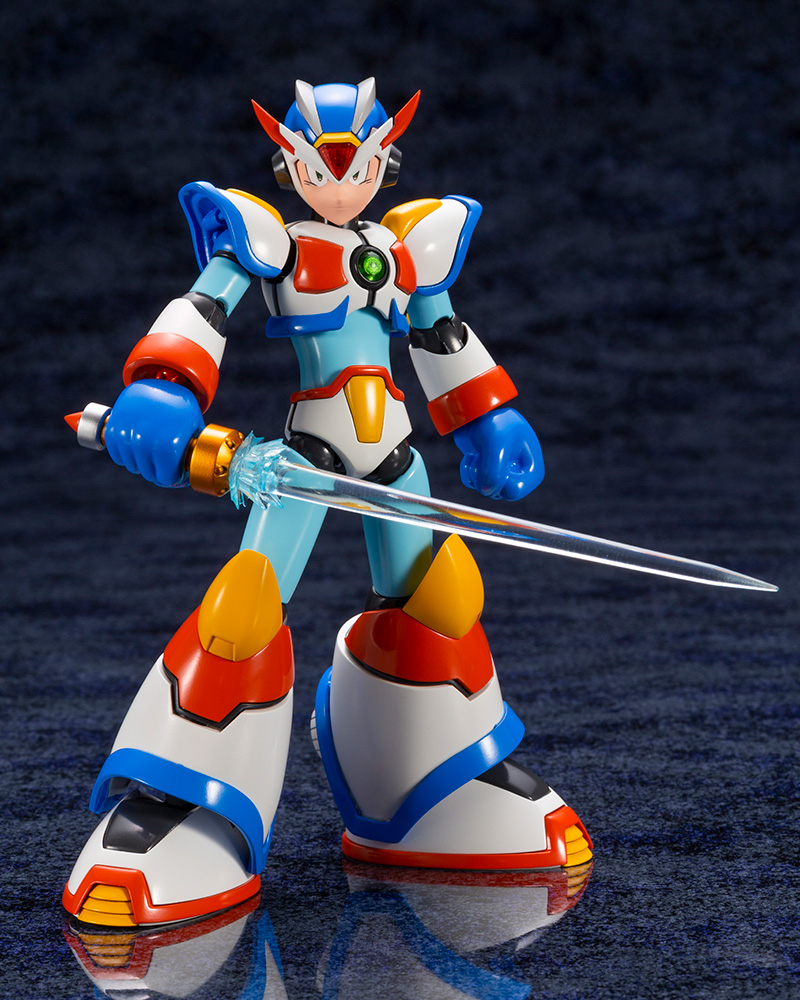 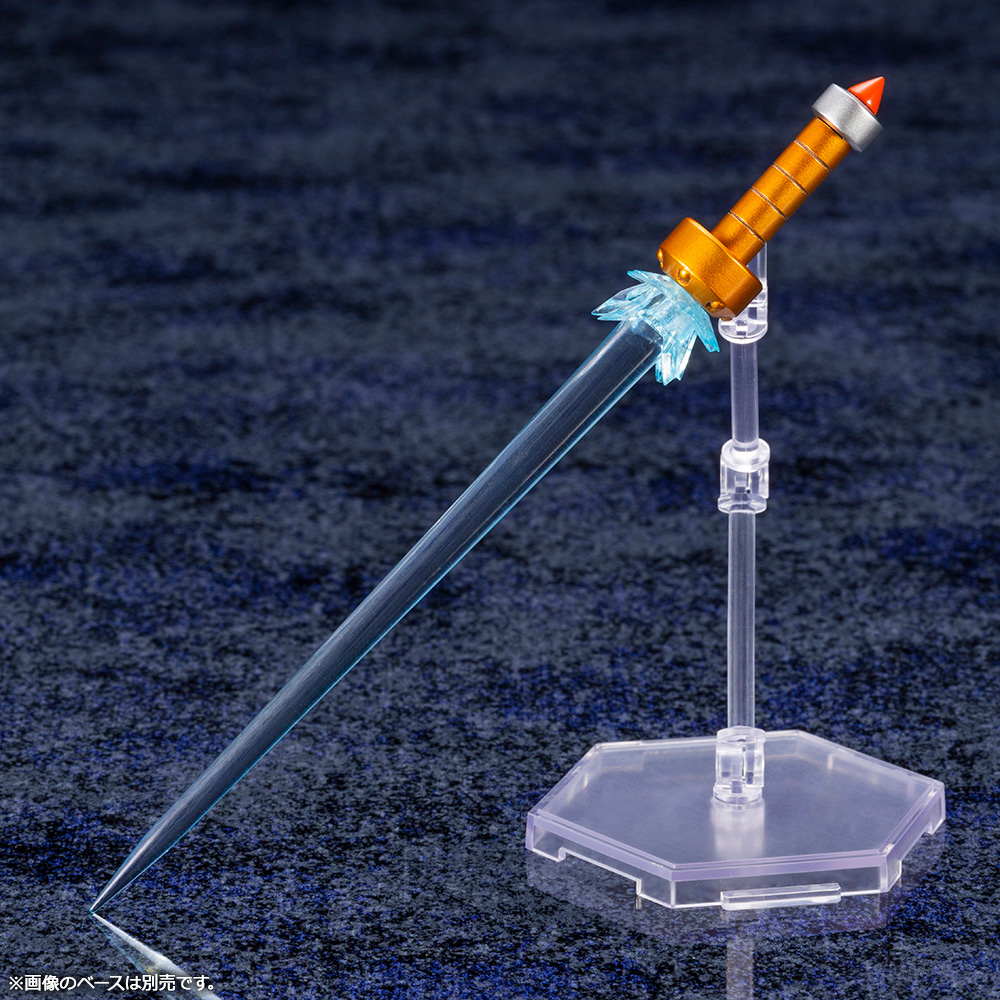 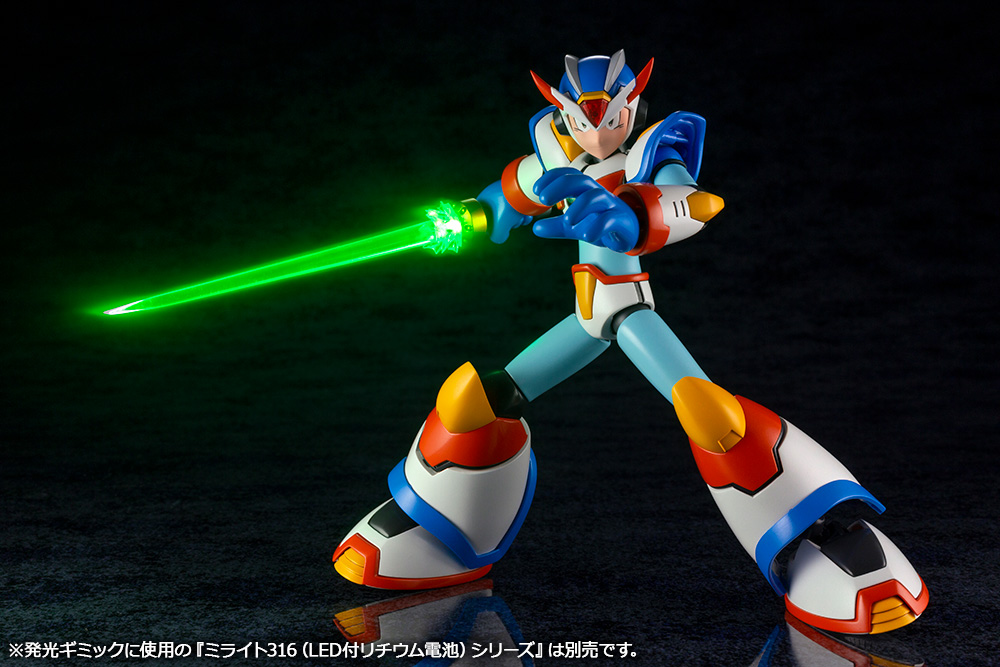 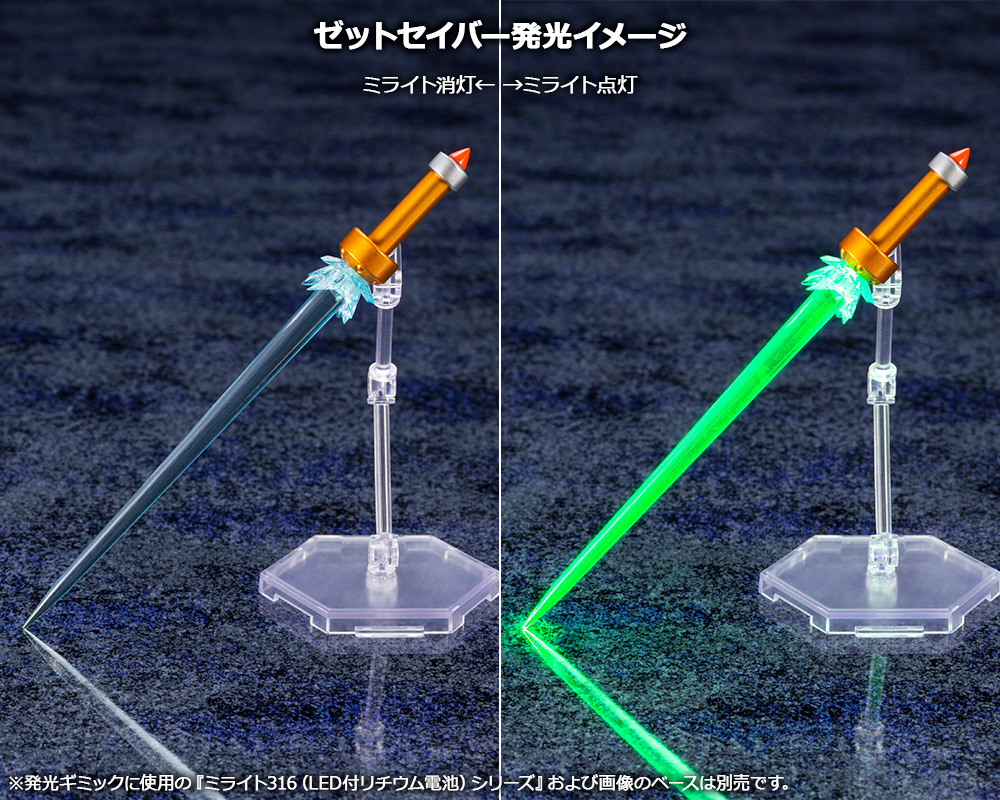 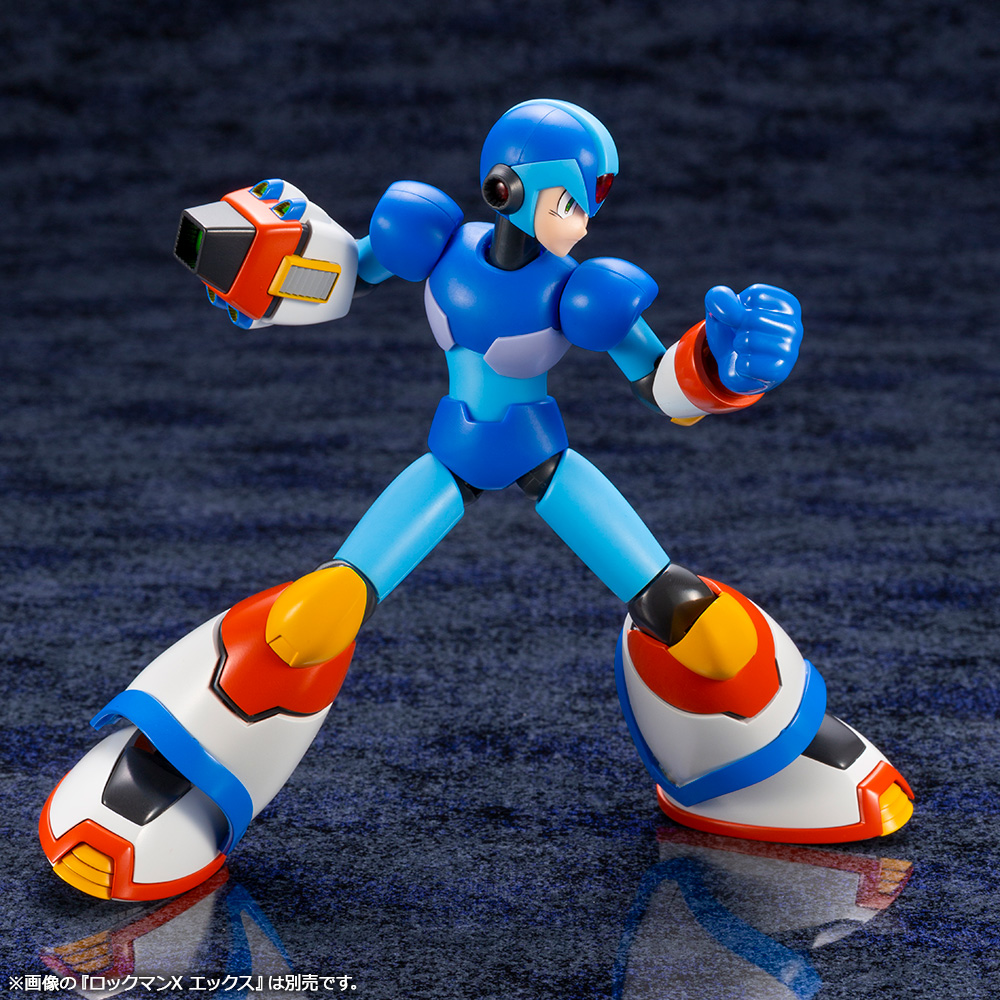 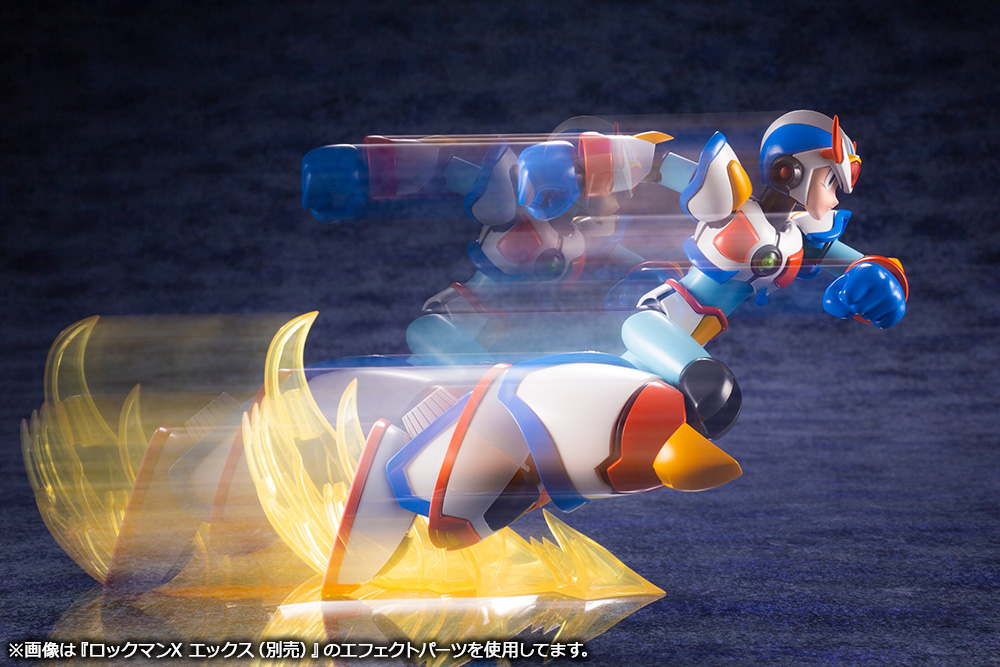 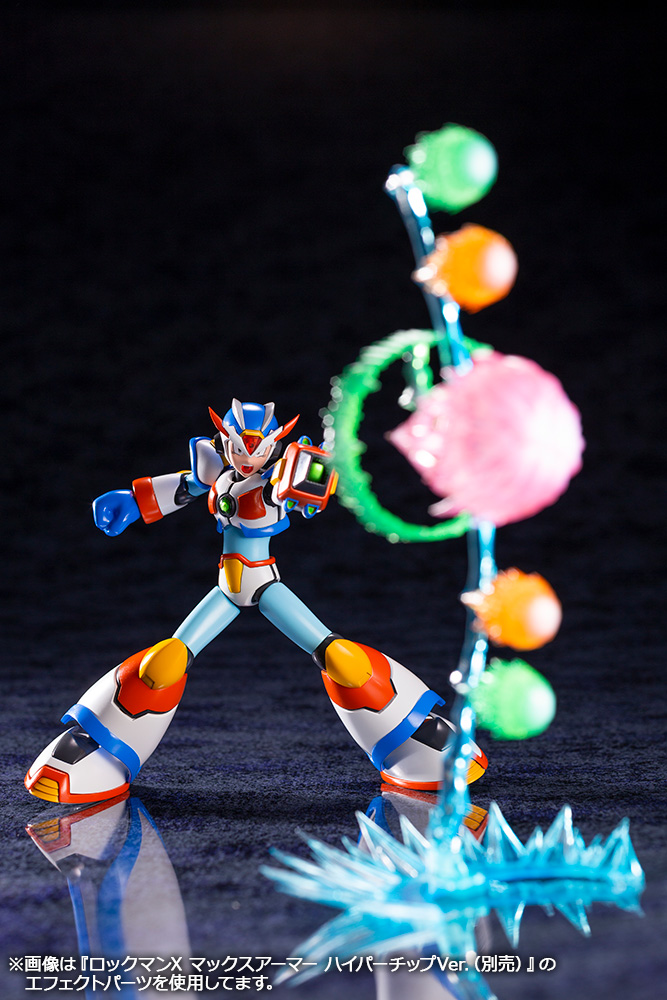 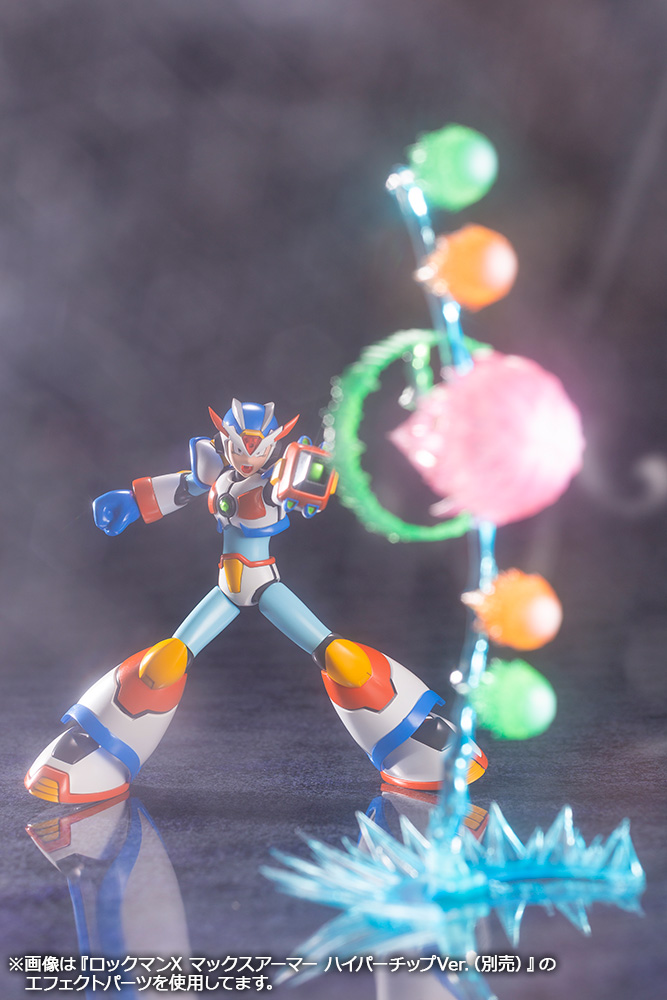 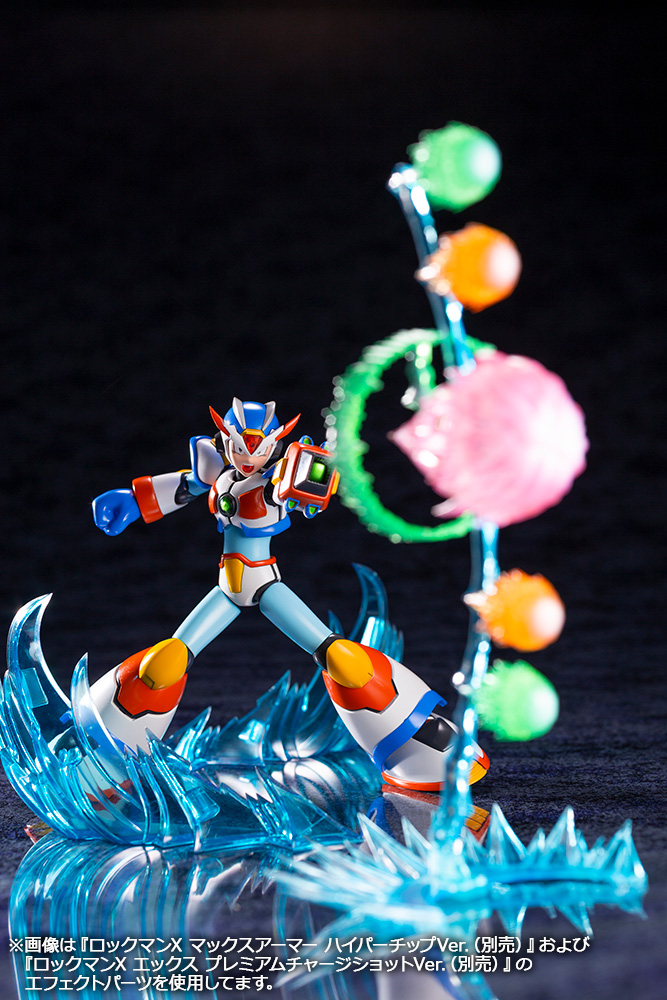 With over 35 million units in sales, the Mega Man series is a beloved video game franchise with fans of all generations throughout the world. Beloved by fans for their fast-paced action and deep storytelling, the games inspired a variety of spinoff games and media, including the Mega Man X series that became a core brand within the franchise. Now, the protagonist of Mega Man X3, X, is now appearing with newly powered up parts in his Max Armor form as a plastic model kit for the first time in over 25 years!

Thanks to the technology of CAD engineering, the character’s proportions, which are based on the character’s appearance in the game, are faithfully recreated while maintaining an impressive range of articulation that allows users to recreate a variety of scenes from the games!

The powerful Z Saber given to X by his dear friend, Zero, is included in this kit! By adding a Milight 316 (lithium-ion battery with an LED attached) (sold separately) to the Z Saber, you can make the clear blade light up!

Customize this kit with parts from the first X model kit in this series to enjoy recreating snapshot moments from the game of X collecting each piece of armor. Other accessories included in the model kit, such as the Buster, hand parts, three interchangeable facial expressions and the Z Saber make this model kit perfect for recreating many different situations from the game.

Other models, effects, and accessories not included.