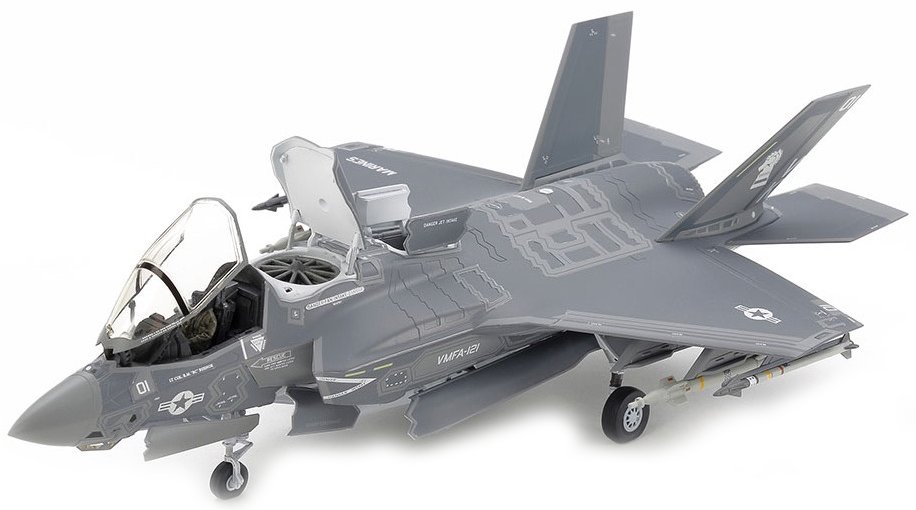 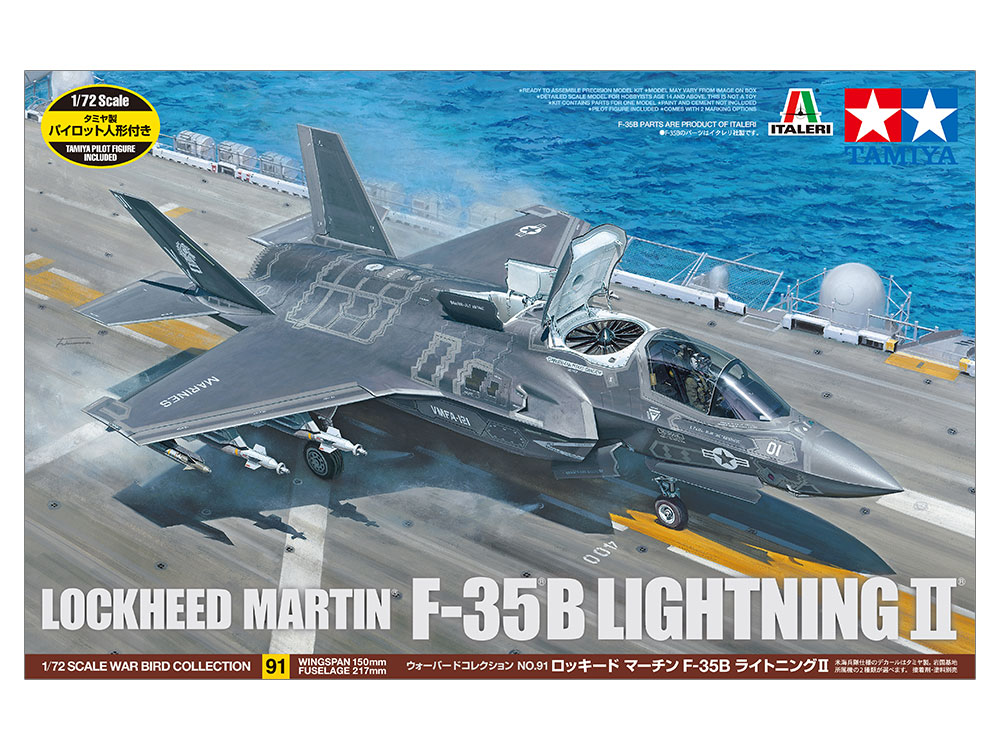 The deployment of F-35B Lightning II started in 2011; it is based on one design with various derivations to be used by United States Air Force, Navy, and Marines. The F-35B for the Marines facilitates short take-off and vertical landing (STOVL) with its rotary engine nozzle and lift fan. Also, this model includes weapons bay and radar wave absorbing sheet, and features maximum speed of mach 1.6 plus excellent stealth. The Japan Air Self-Defense Force（JASDF）officially selected the F-35B in August 2019 following America, England and Italy. This is expected to aid quick response as the world’s first supersonic STOVL aircraft. Our detailed 1/72 scale model captures the sophisticated and smooth form, as well as the fascinating mechanics in its take-off and landing mechanisms.