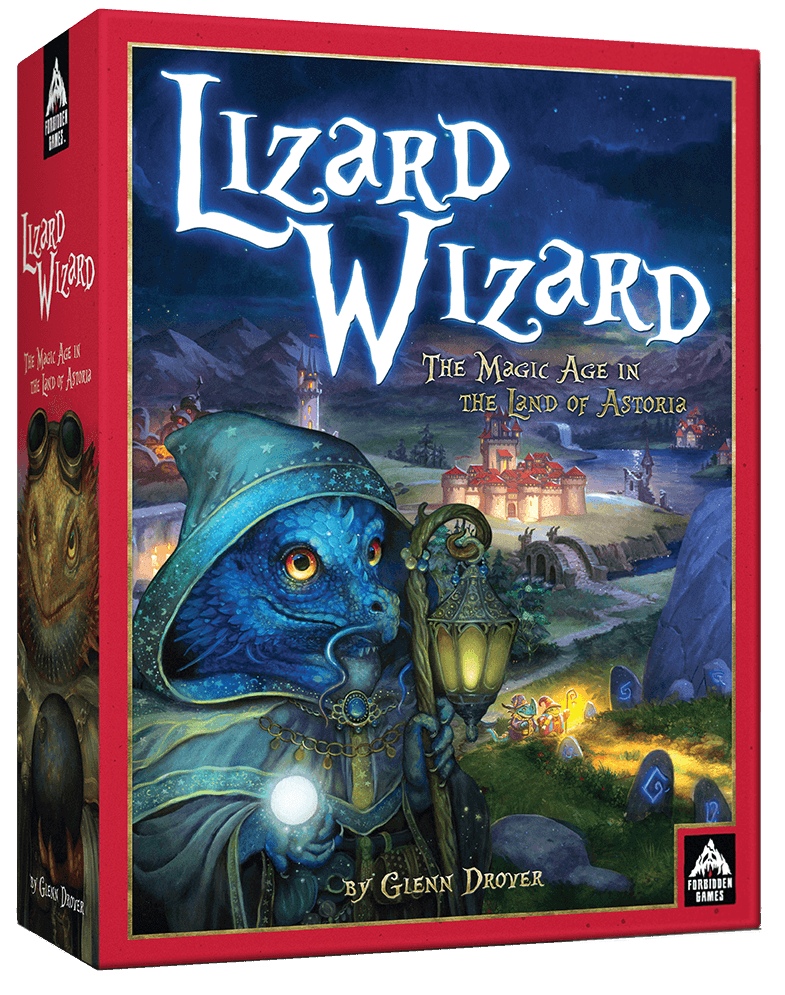 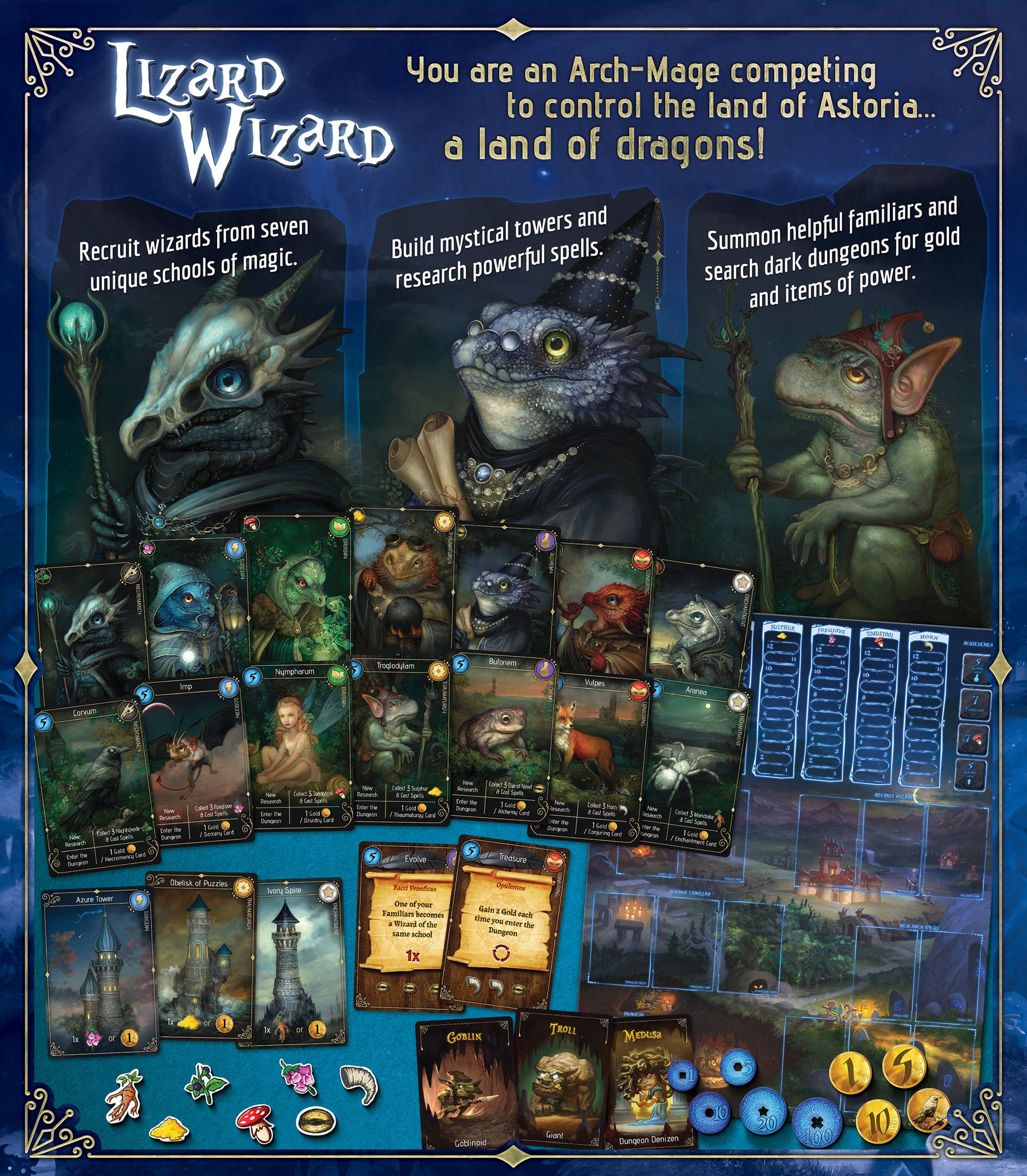 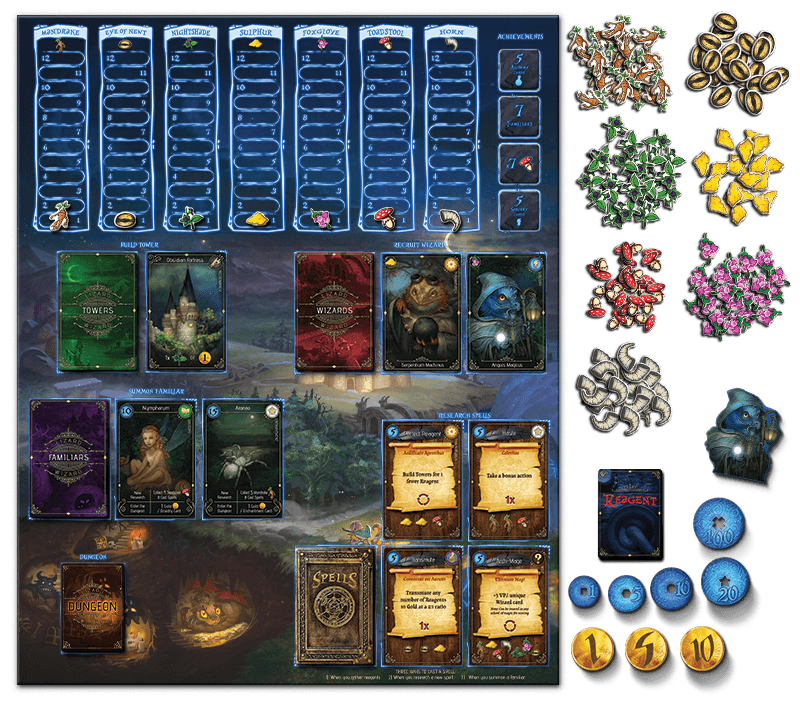 You are an Arch-Mage competing to control the land of Astoria...a land of dragons!

Lizard Wizard is the second game in the hit Raccoon Tycoon series. It plays similarly, but with deeper, more strategic gameplay...and Dragon Wizards, Magic, and Spells!

You will compete to recruit wizards from seven unique schools of magic, build mystical towers, research powerful spells, summon helpful familiars, and search dark dungeons for gold and items of power. Plan your strategy and build effective spell combinations. Only one Arch-Mage will rise above the rest and control the land.

Will it be you?

Lizard Wizard is an action selection game. Every turn will be filled with delicious tension, as you decide which of six possible actions you will use to increase your power.

At the end of the game, you will receive points for having the best wizard and tower combinations, gold, and scoring spells.