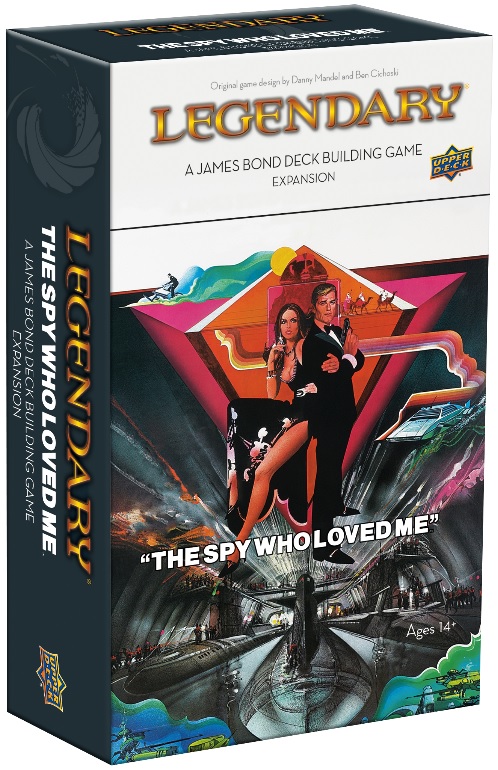 Legendary: James Bond - The Spy Who Loved Me

Legendary expands the exciting world of secret agents with the second expansion to Bond, James Bond!

This is the 2nd Bond expansion for Legendary 007, a James Bond Deck Building Game. It introduces one more classic Bond film in this expansion, The Spy Who Loved Me. Just like the core set, you will be joined by Bond’s Russian counterpart the extremely capable Agent XXX. Together they will battlethe evil madman Karl Stromberg, who despises the world! In this expansion, which follows the plot of the classic film The Spy Who Loved Me, join 007 in his against one of his greatest foes, the indestructible Jaws! Along the way, you will face other notorious villains, complete epic missions all while avoiding perilous traps and pitfalls. Are you up to the task?