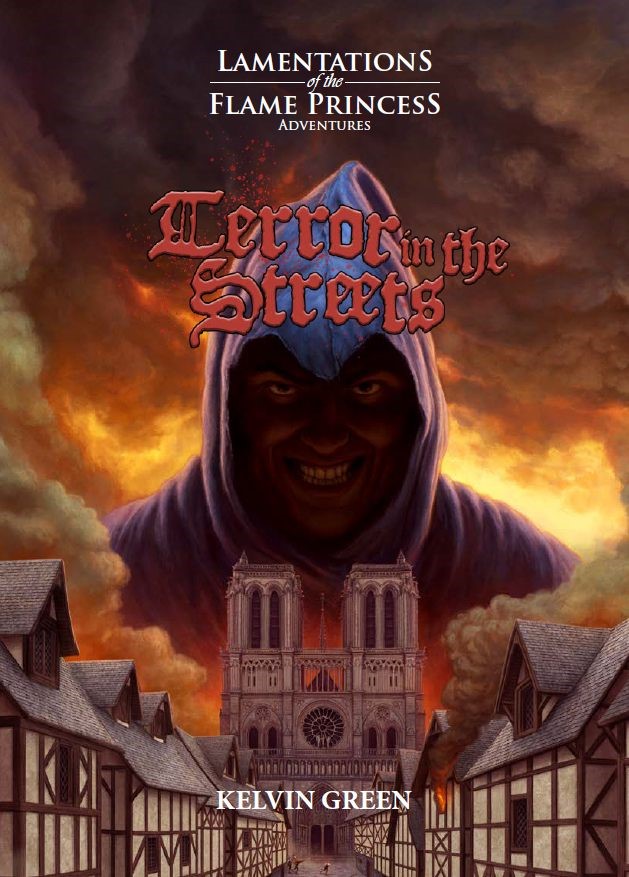 Lamentations: Terror in the Streets

Paris, 1630. Europe burns and drowns in blood, but France remains, for the most part, inviolate and strong. Except now, horror has come to Paris. The city’s children are going missing. Parents are fearful and paranoid, and the people of Paris are becoming angry and restless. A mysterious phantom figure is taking the youngsters and taunting the authorities. Can the criminal be found before more children disappear? What is the secret behind the kidnappings? TERROR IN THE STREETS is written and drawn by Kelvin Green, who also foisted FORGIVE US, FISH FUCKERS, MORE THAN MEETS THE EYE, and MIDVINTER on the world. TERROR IN THE STREETS is a historically-inspired investigative urban horror adventure for characters of most levels, for use with LAMENTATIONS OF THE FLAME PRINCESS WEIRD FANTASY ROLEPLAYING and other traditional role-playing games.