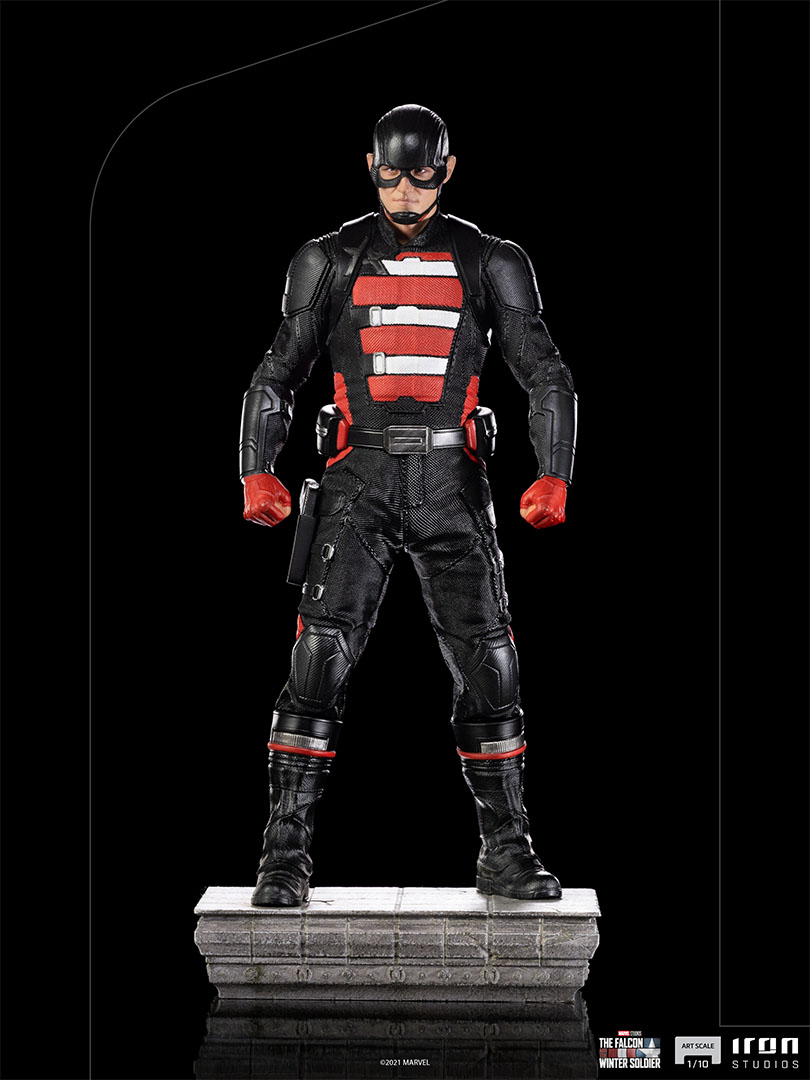 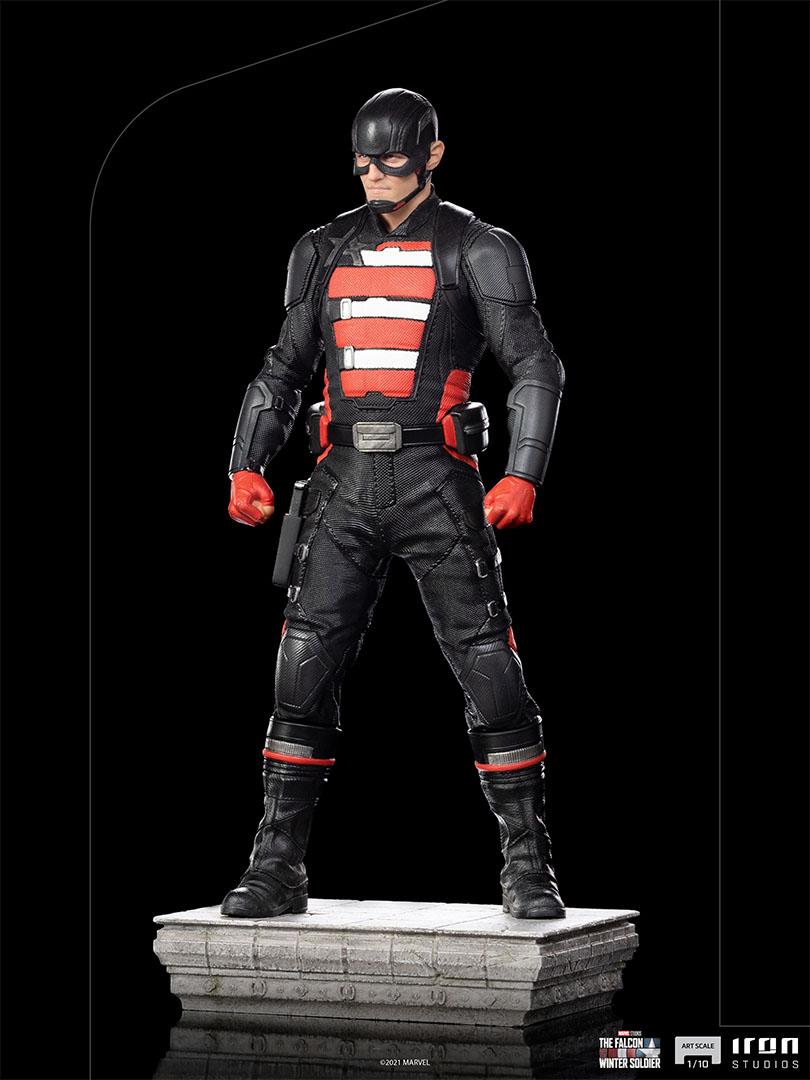 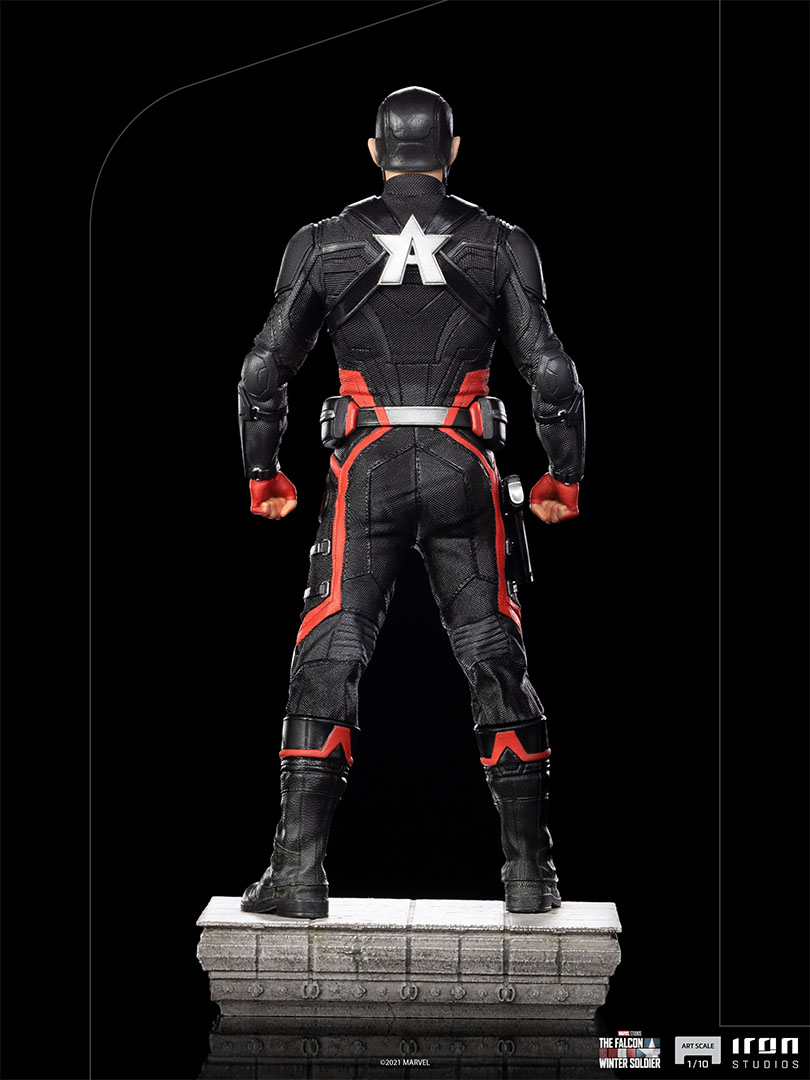 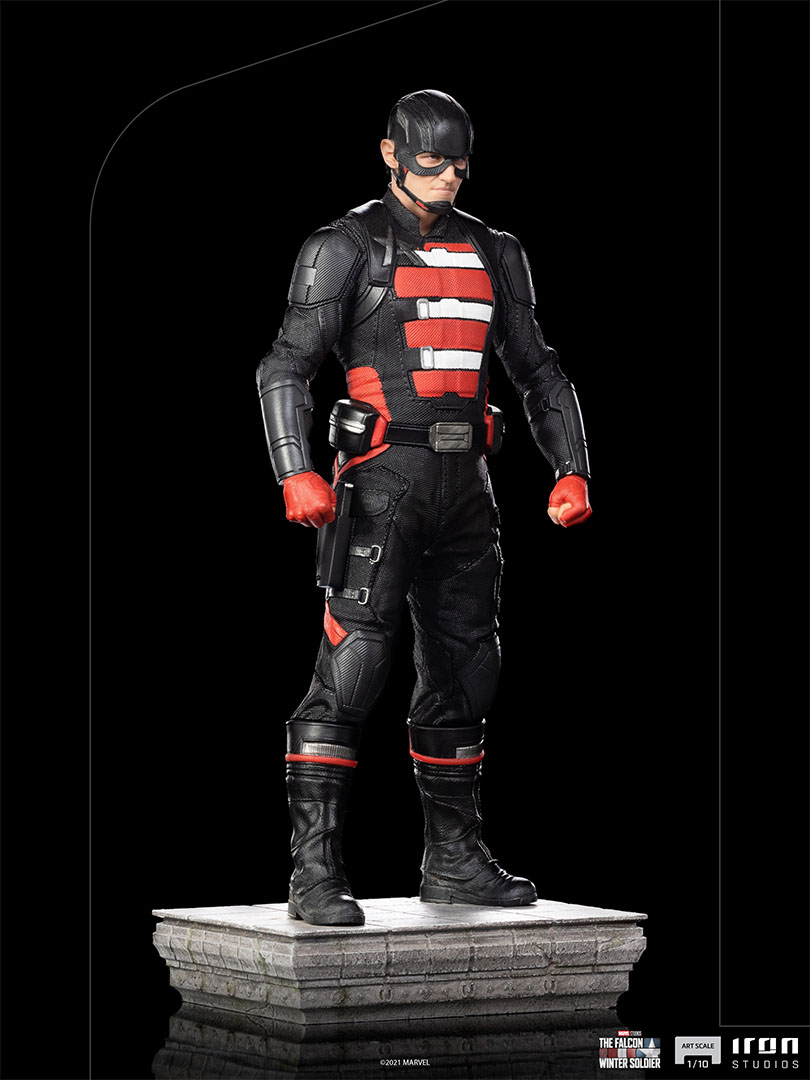 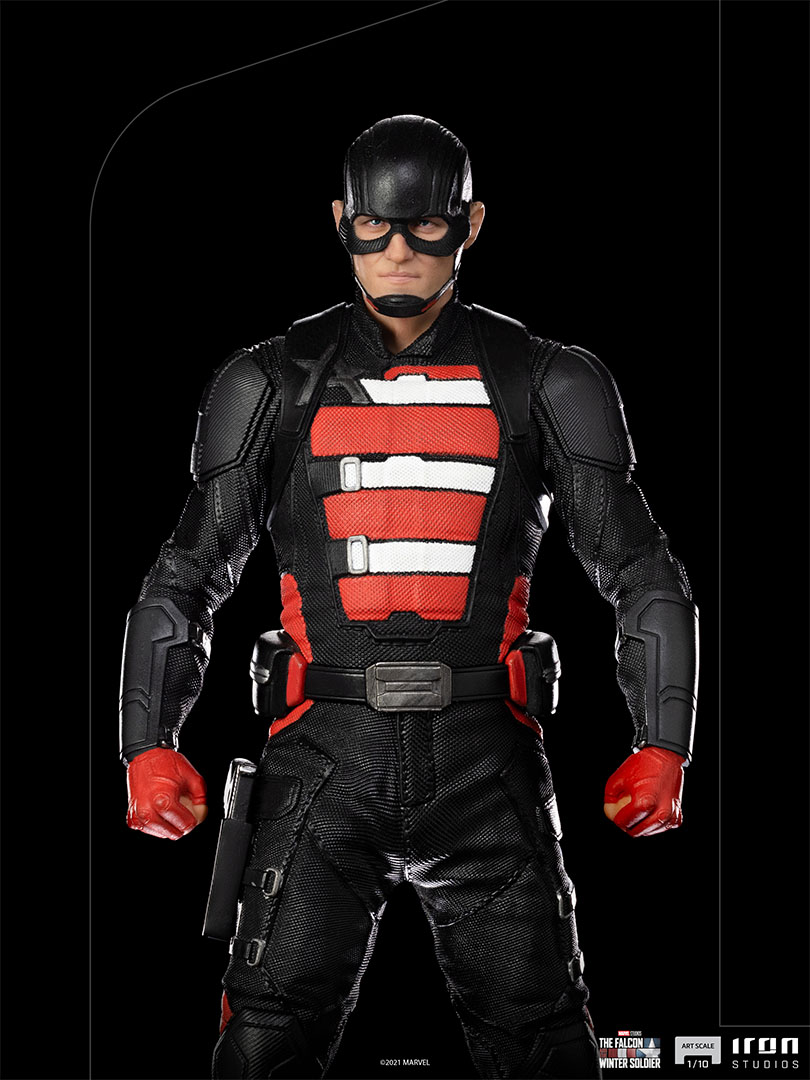 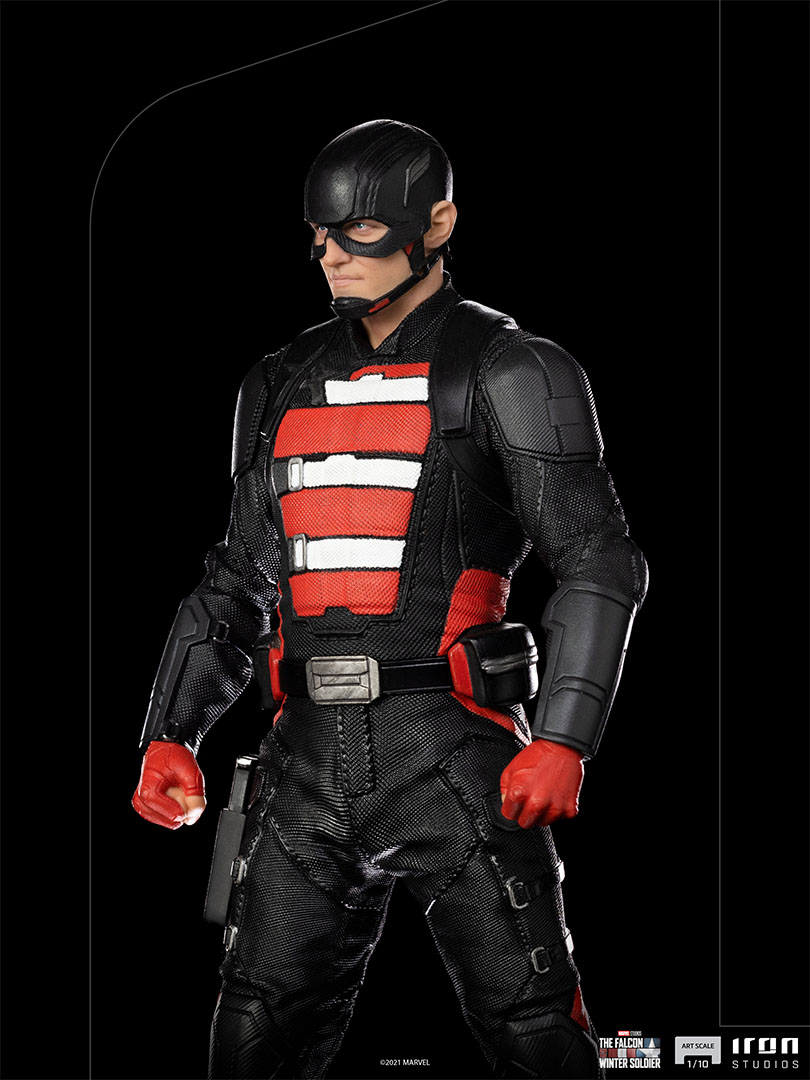 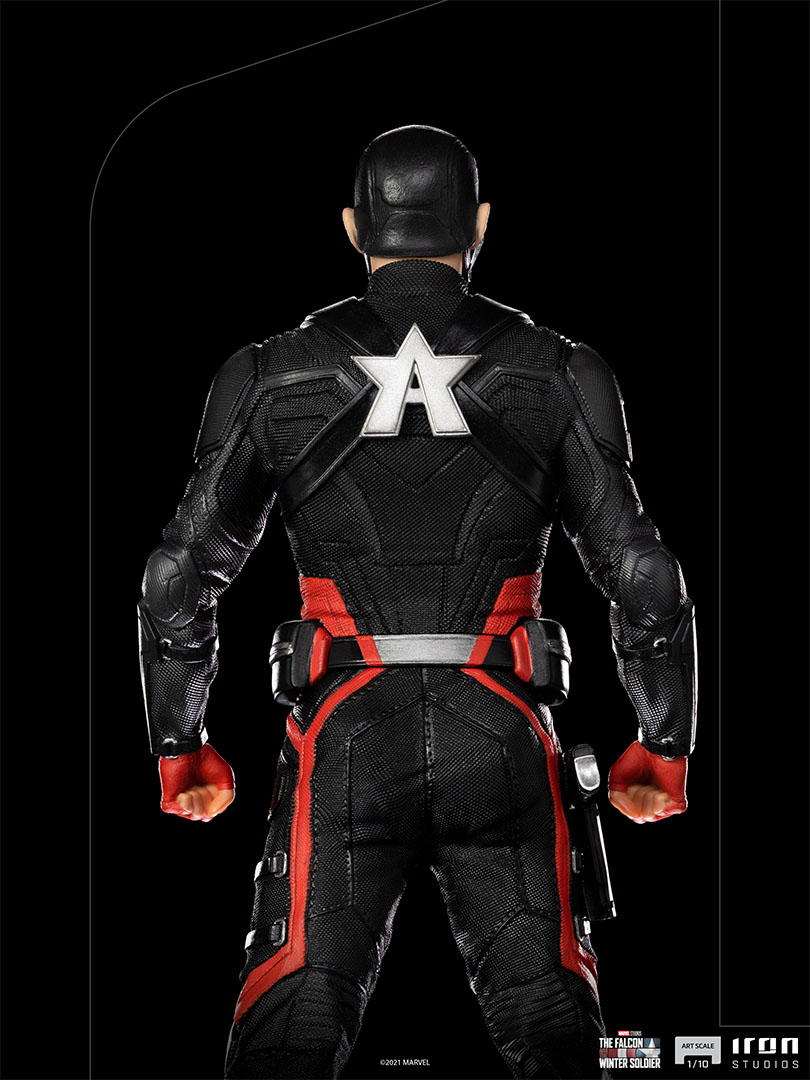 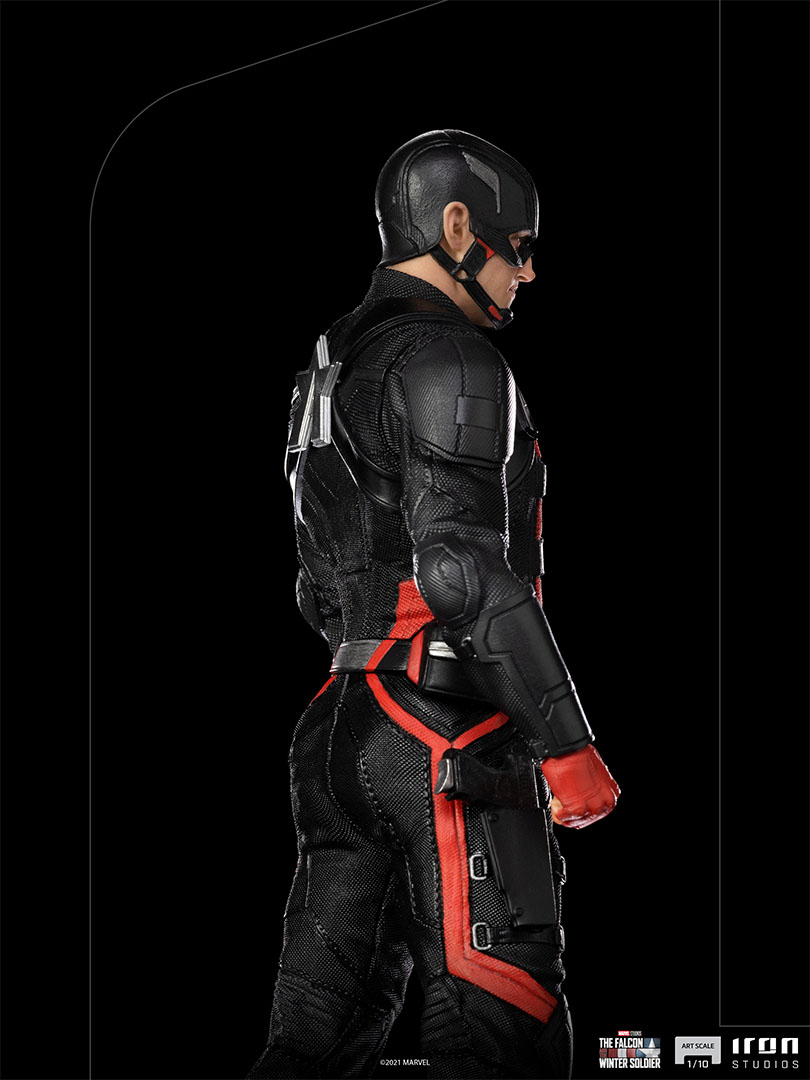 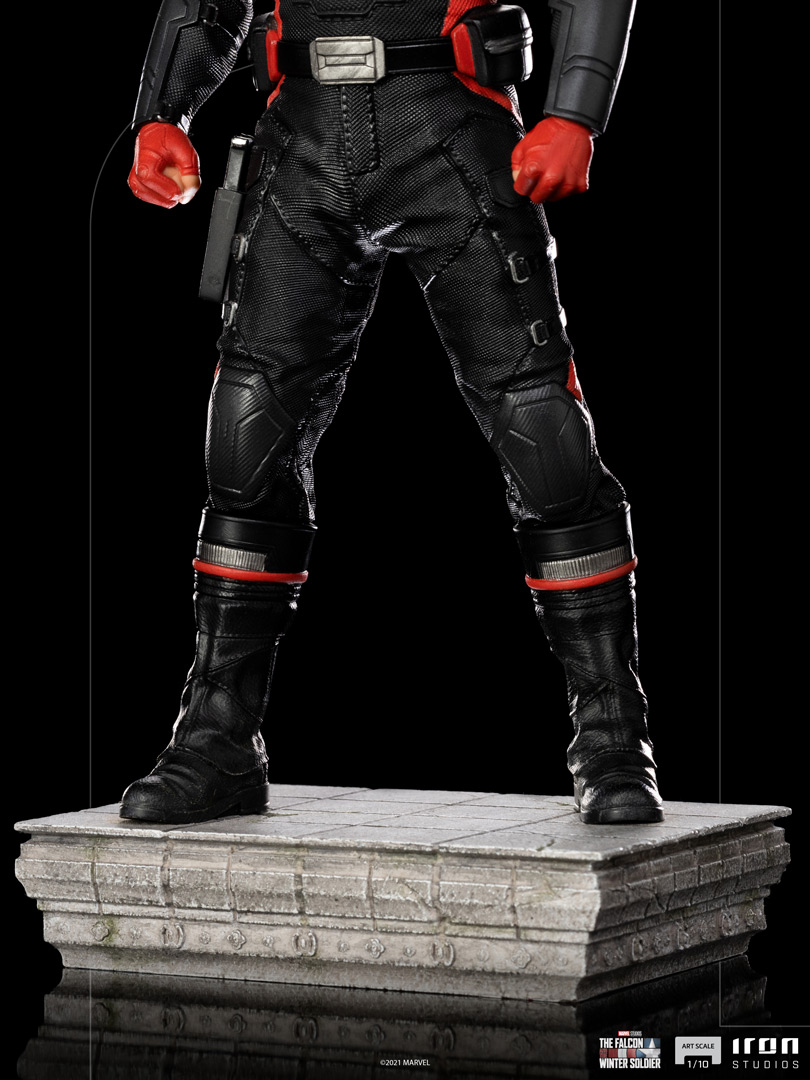 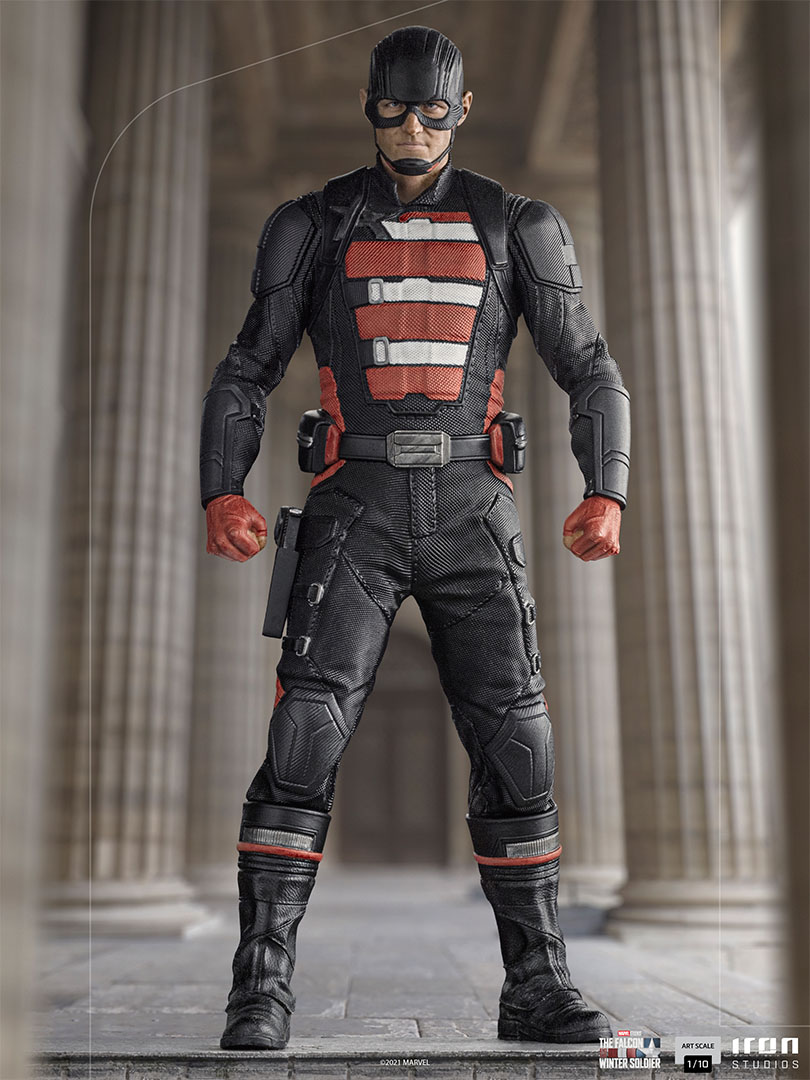 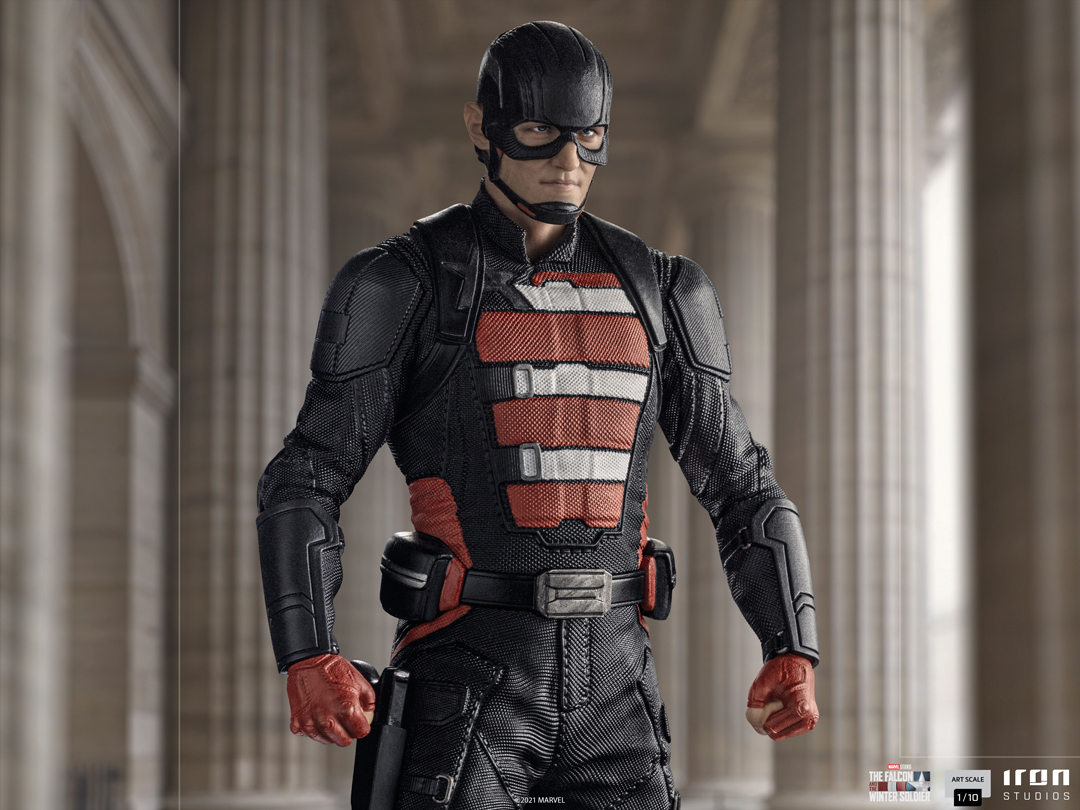 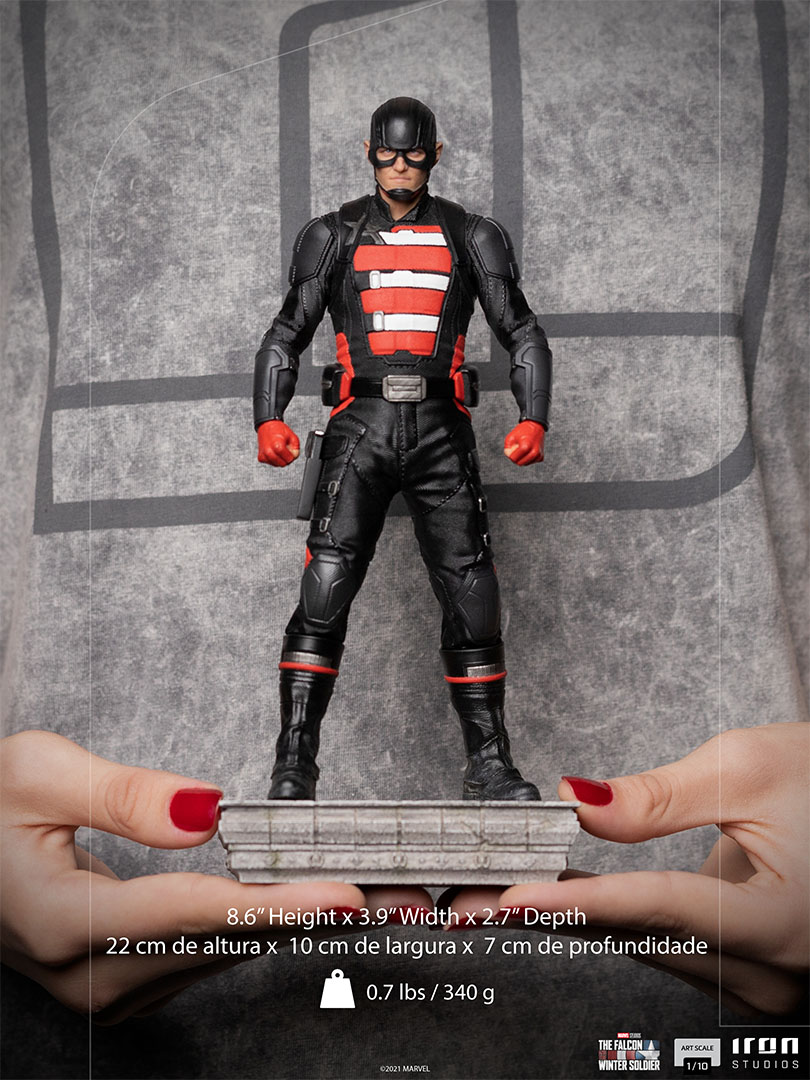 With a grim face and clenched fists, the highly decorated soldier, once chosen to keep alive the legacy of the legendary Liberty Sentinel, goes his own way in a new black, red, and white uniform, seeking his redemption for past mistakes, using his combat skills and strength improved, and recruited by mysterious forces in the service of the US government. Inspired by his appearance on the successful Disney+ streaming series The Falcon and The Winter Soldier, Iron Studios presents the ”John Walker (US Agent) – Art Scale 1/10 – The Falcon and The Winter Soldier” statue featuring the American anti-hero played by the actor Wyatt Russell.

Former captain of the US Army’s 75th Ranger Regiment, John Walker was chosen to succeed Steve Rogers as second Captain America, and on one of his missions, he managed to apply himself a replica of the Super Soldier Serum. Upon seeing his partner and best friend Sgt Lemar Hoskins, known as Battlestar get killed in action, Walker brutally murdered one of the terrorist members of the Flag Smashers, an anti-nationalist group made up of super soldiers. This act caused Walker to be stripped of his cloak and dishonorably discharged from his military rank. After abandoning his revenge to team up with new Captain America Sam Wilson and Bucky Barnes against the extremist group, he was recruited by the mysterious Valentina Allegra de Fontaine from whom he received a new costume and was renamed U.S. Agent.

Created in the comic book by Mark Gruenwald and Paul Neary in 1986, John Walker emerged as the supervillain Super-Patriot before taking over as Captain America, and later becoming the anti-hero US Agent. Already available for Pre-Order, John Walker (US Agent) adds as one more important MCU character in Iron Studios’ statue collection, derived from The Falcon and The Winter Soldier series, and which may appear again in a promising fourth solo film of the Captain America confirmed. Stay tuned to Iron Studios social media for all the news and releases coming soon.