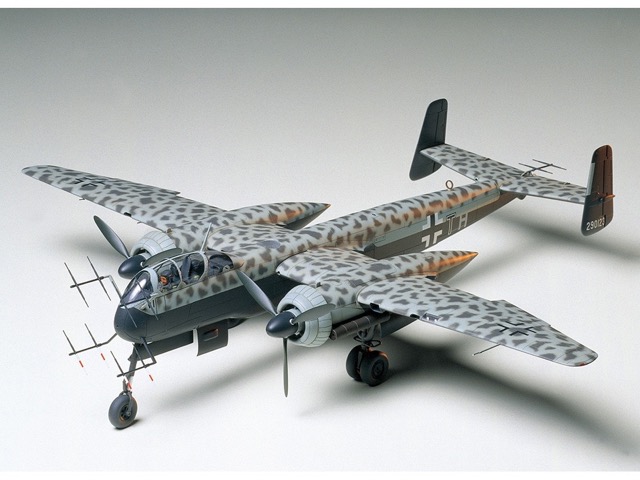 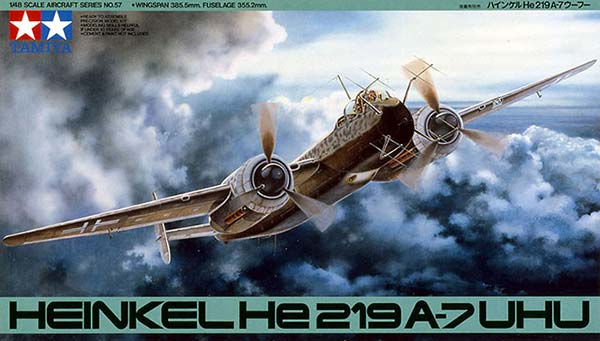 Powered by two Daimler-Benz DB603 engines, this aircraft with a long and slender fuselage displayed its combat-worthiness against allied bombers in nocturnal operations during the final period of the conflict. Several versions were produced starting with the He219A-0 in 1942, and among them, the He219A-7 was the final and the most sophisticated version. It is equipped with larger, improved super charger intakes for its DB603G engines. Coupled with a FuG220 radar, two dorsal 30mm canons dubbed "Schrage Musik" plus two each 20 or 30mm canons in the wing-roots and the ventral tray enhanced A-7's capability as a high altitude night-fighter.

Although the total number of production was only 268 until the end of the war, the Heinkel He219 Uhu gained noteworthy results against allied airforces and was supposed to be the best among the Luftwaffe's reciprocating engined night-fighters.

Potentially one of the most effective night-fighters for the Luftwaffe, the Heinkel He219 "Uhu' (eagle owl) was doomed by political misjudgments and maltreatment. Started as a private venture study of the firm, the He219 incorporated a number of advanced features such as pressurized crew compartment, cockpit positioned at the extreme nose for excellent visibility, land gear of tricycle configuration, etc. The He219 was also the world's first operational aircraft to be equipped with ejector seats.