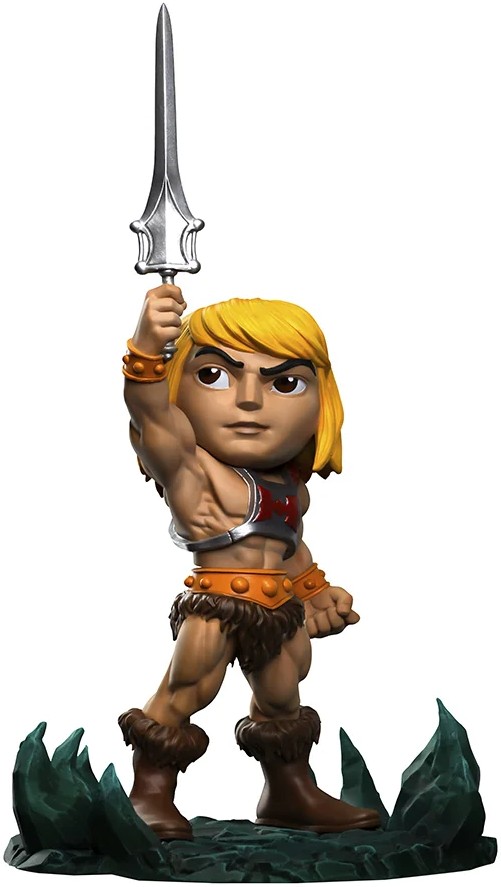 On a pedestal of the gates of Castle Grayskull, the mighty hero protector of Eternia and defender of the secrets of the mystic and legendary castle raises his Power Sword, summoning fabulous and secret powers revealed to him, and becoming the most powerful man in the universe, so that he can fight the evil forces of Skeletor alongside his friends and allies. In the best Toy Art style, Iron Studios “have the Power” to bring the statues “He-Man – MOTU – MiniCo”, with the iconic protagonist hero of the multimedia franchise Masters of the Universe, with the design inspired by the classic line of toys released by Mattel in 1982.

He-Man is Prince Adam, son of King Randor and Queen Marlena from planet Eternia. Adam had a radical change in his life when he was walking by Eternia’s Wind Forest and found the Sorceress of Castle Grayskull in the guise of a falcon named Zoar. Guided by the bird to the legendary Castle, she then took her human shape and explained to him that since his birthday, he had been chosen to protect and share the secrets of Grayskull. After entering the castle, Adam received the Power Sword, and by striking the sword against a rock and saying the phrase “By the powers of Grayskull!” he transformed into He-Man, and since then he promised to use his powers to do good and oppose to the evil sorcerer Skeletor and his minions.