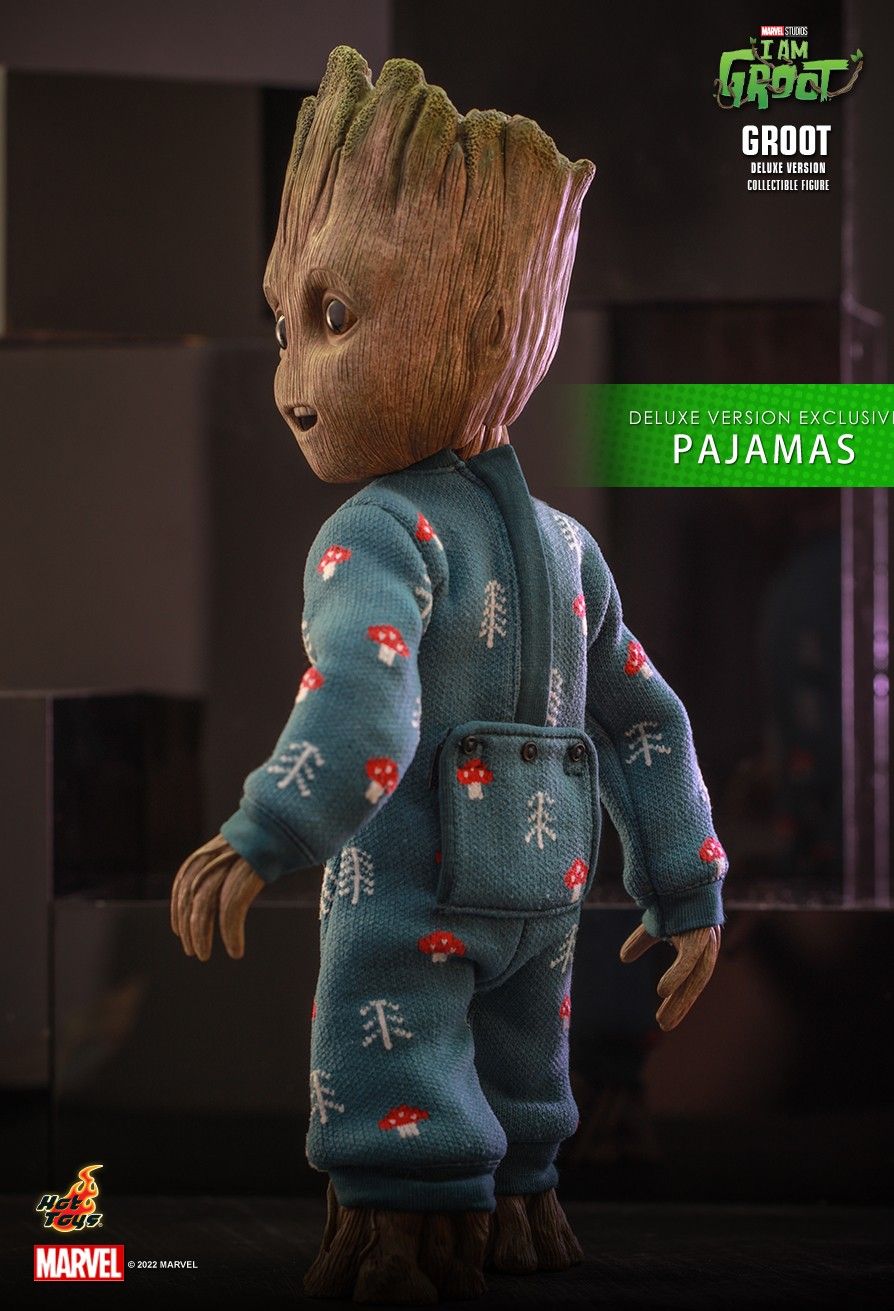 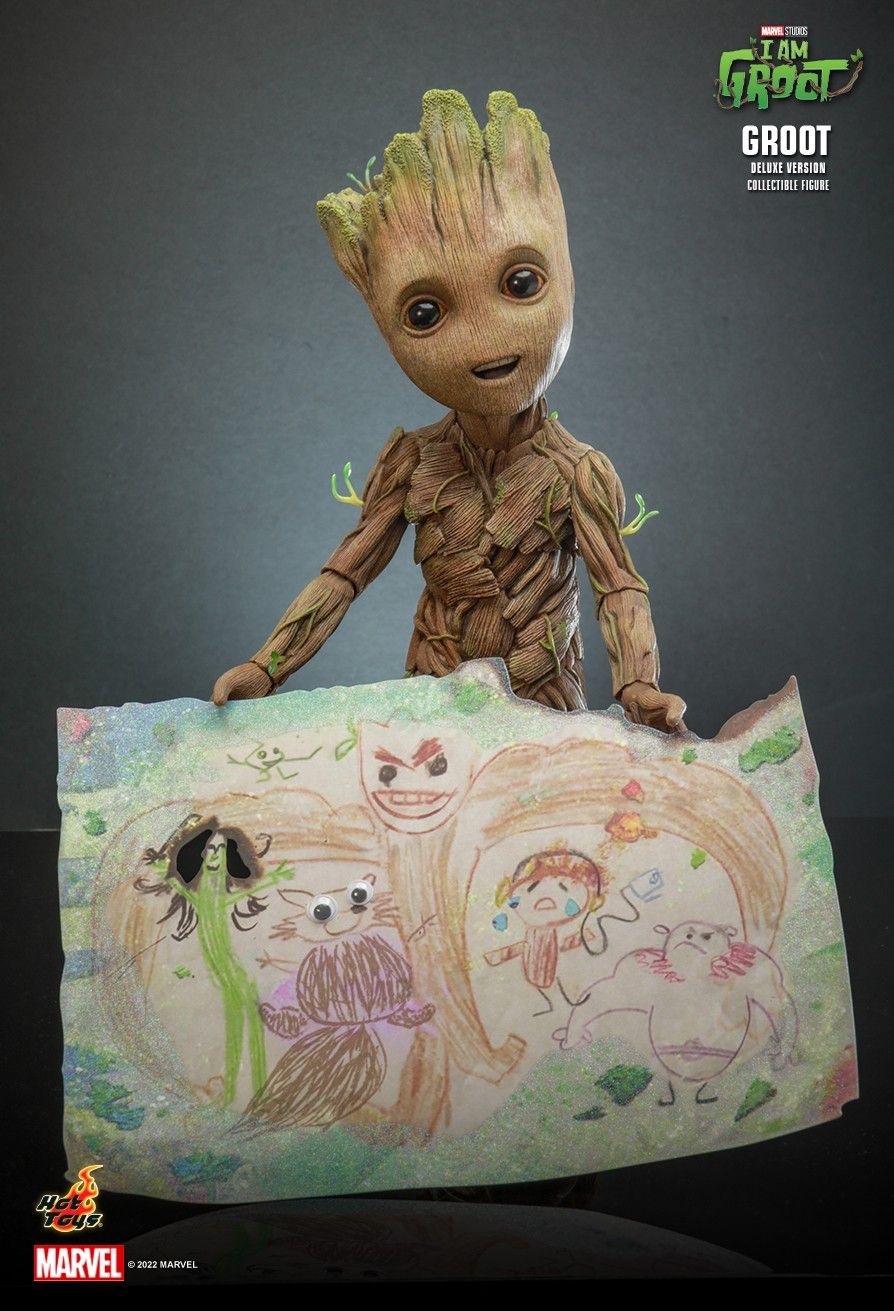 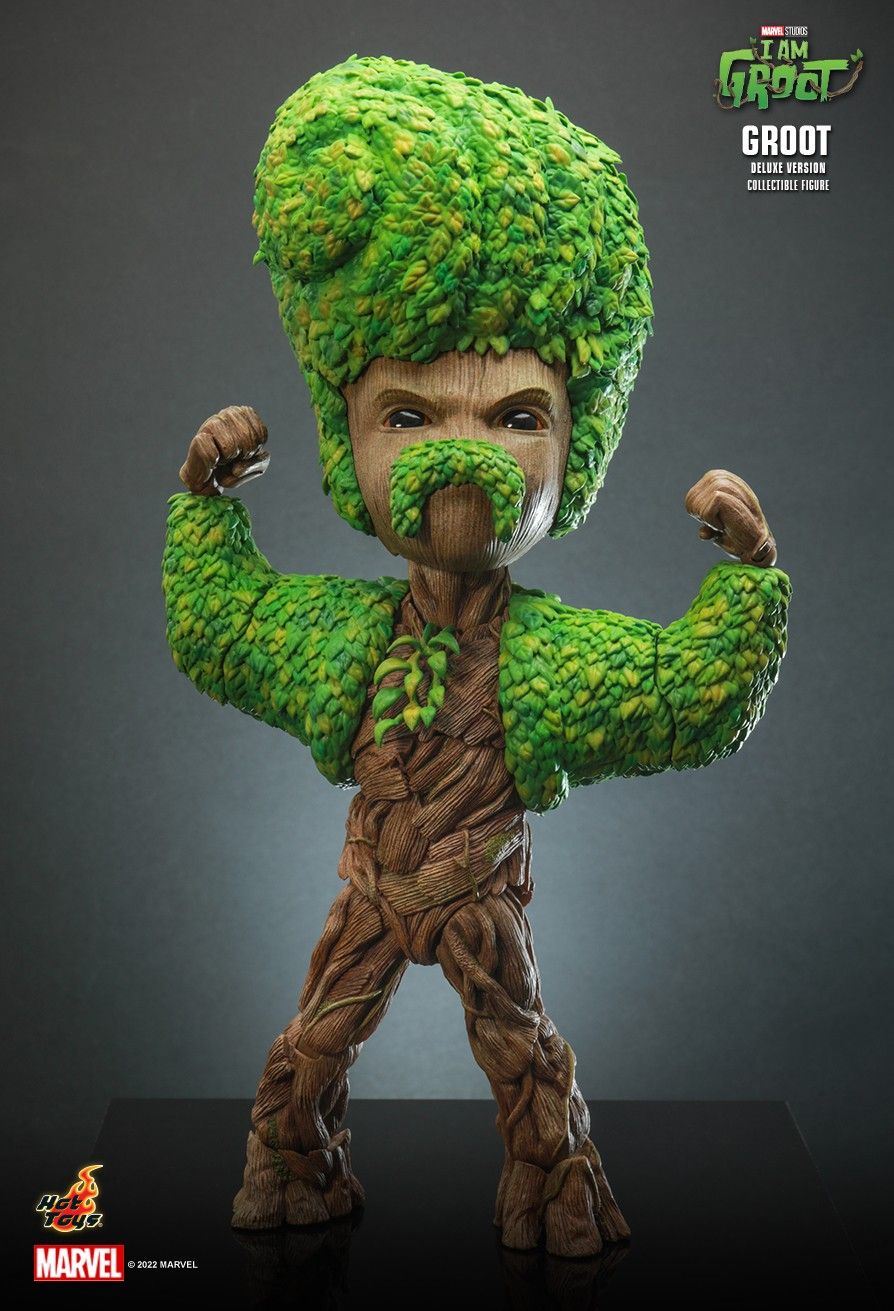 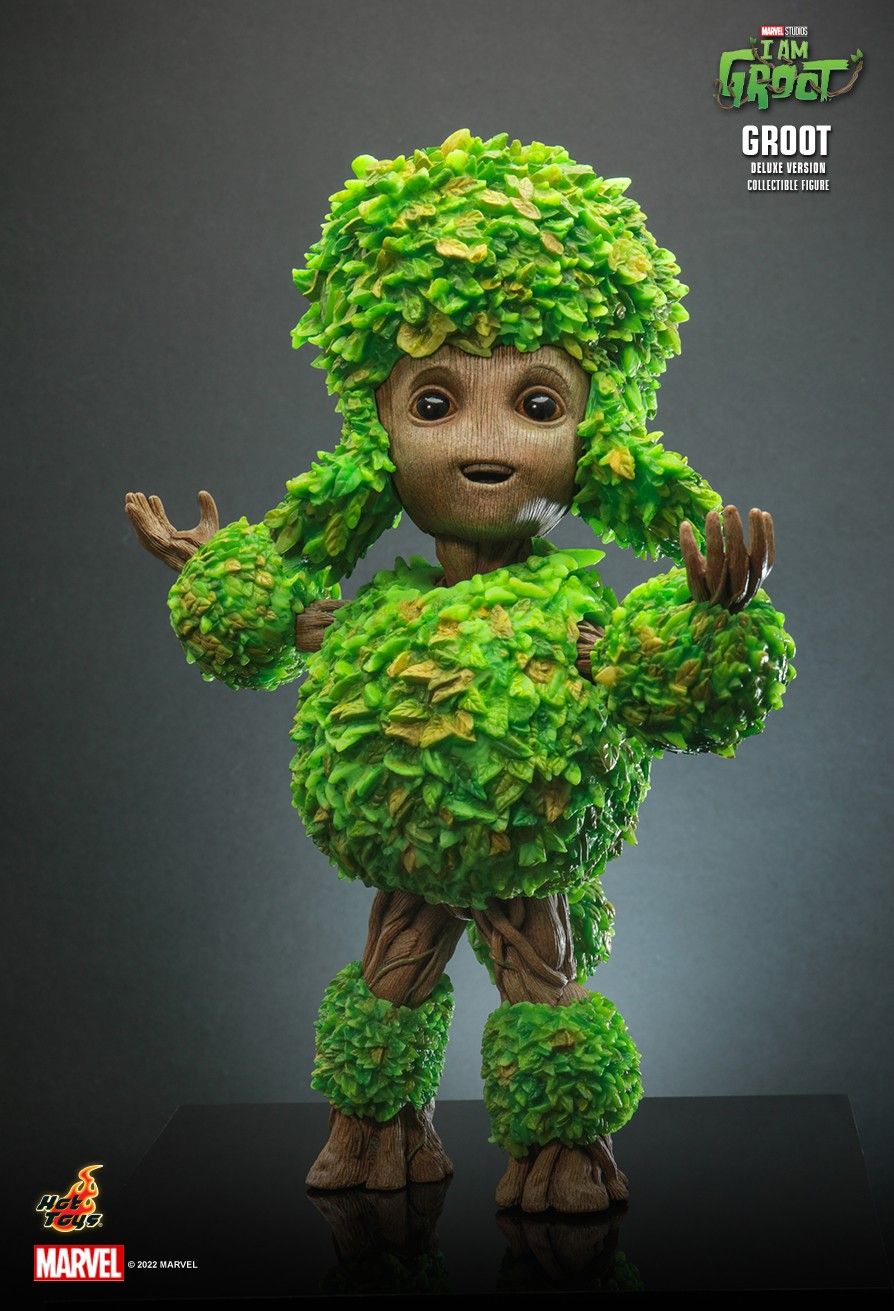 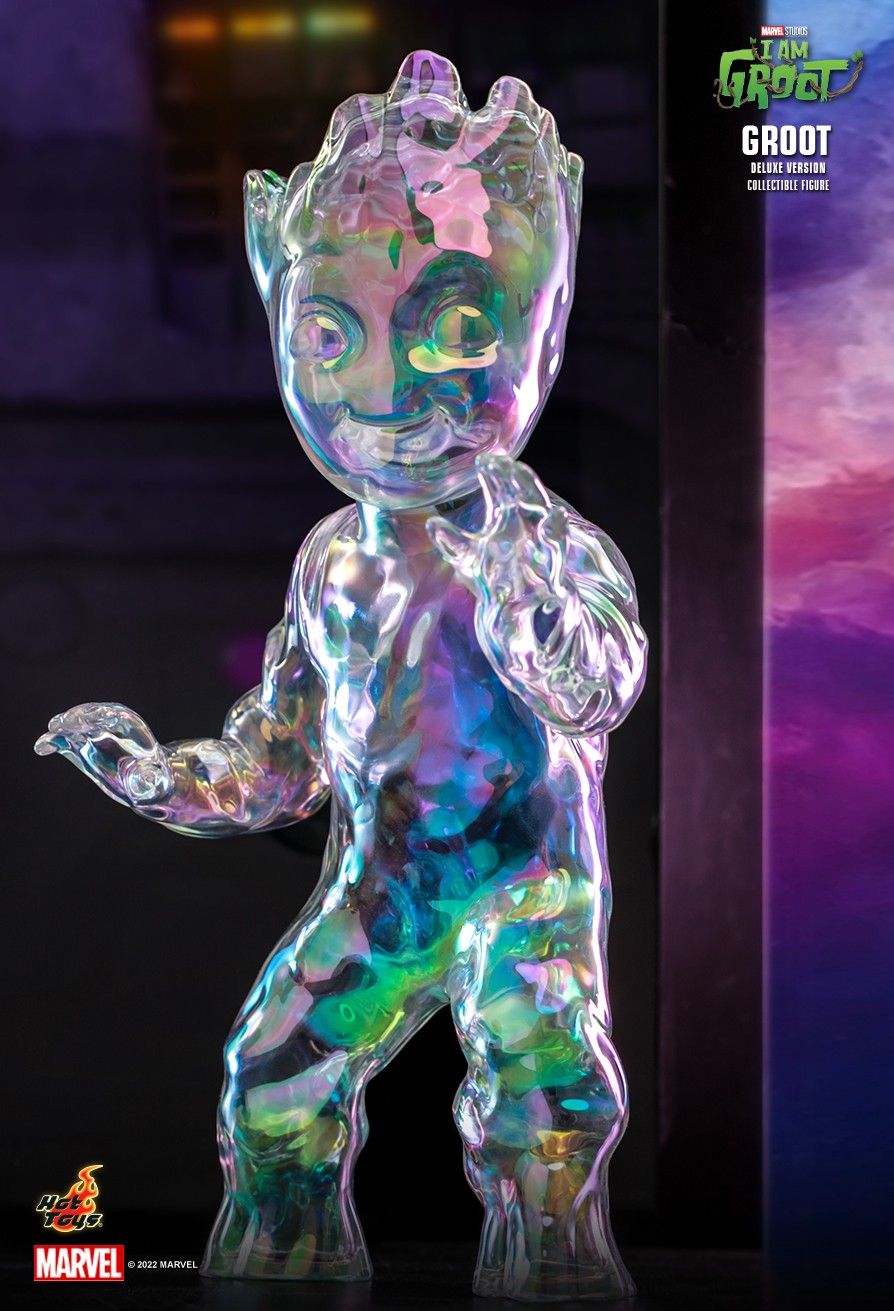 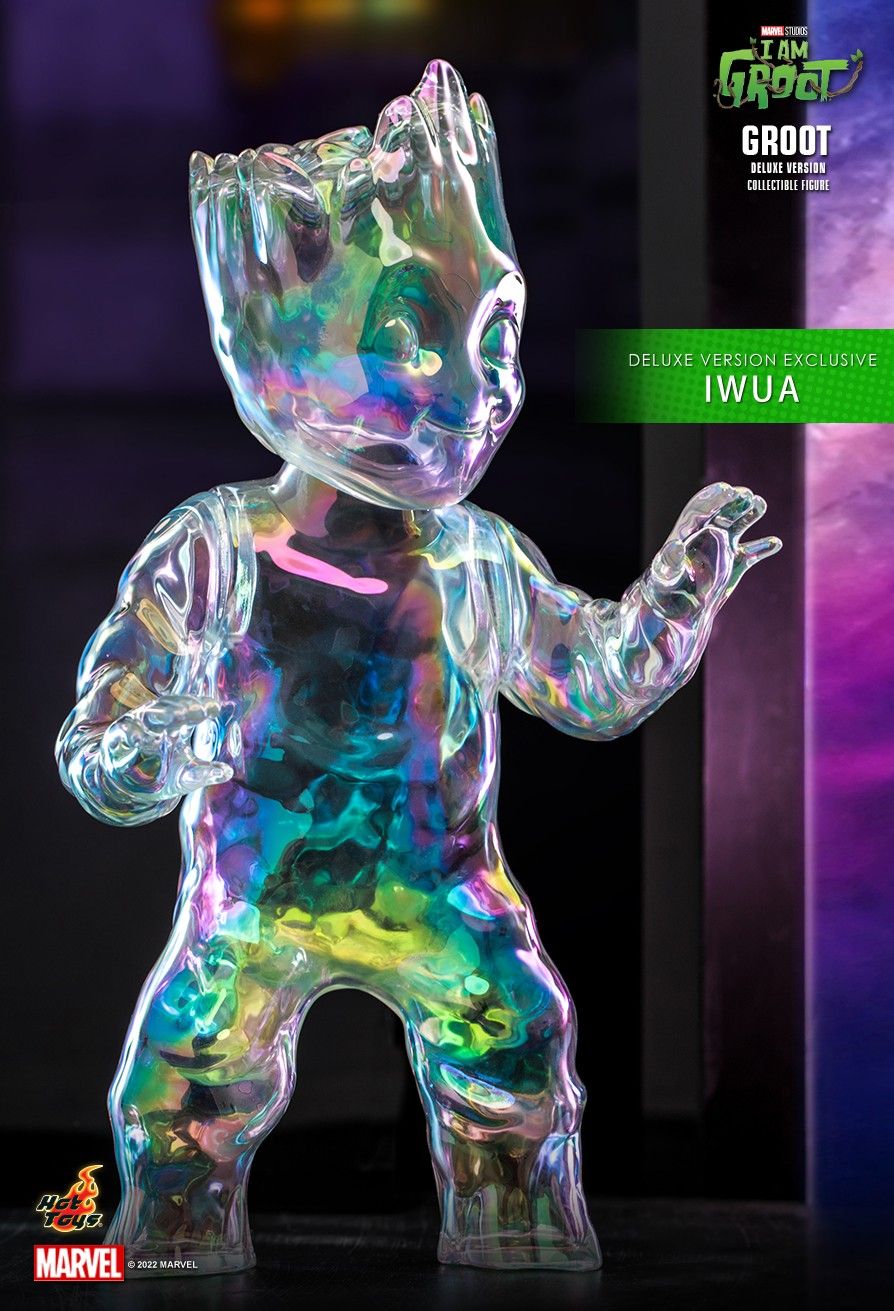 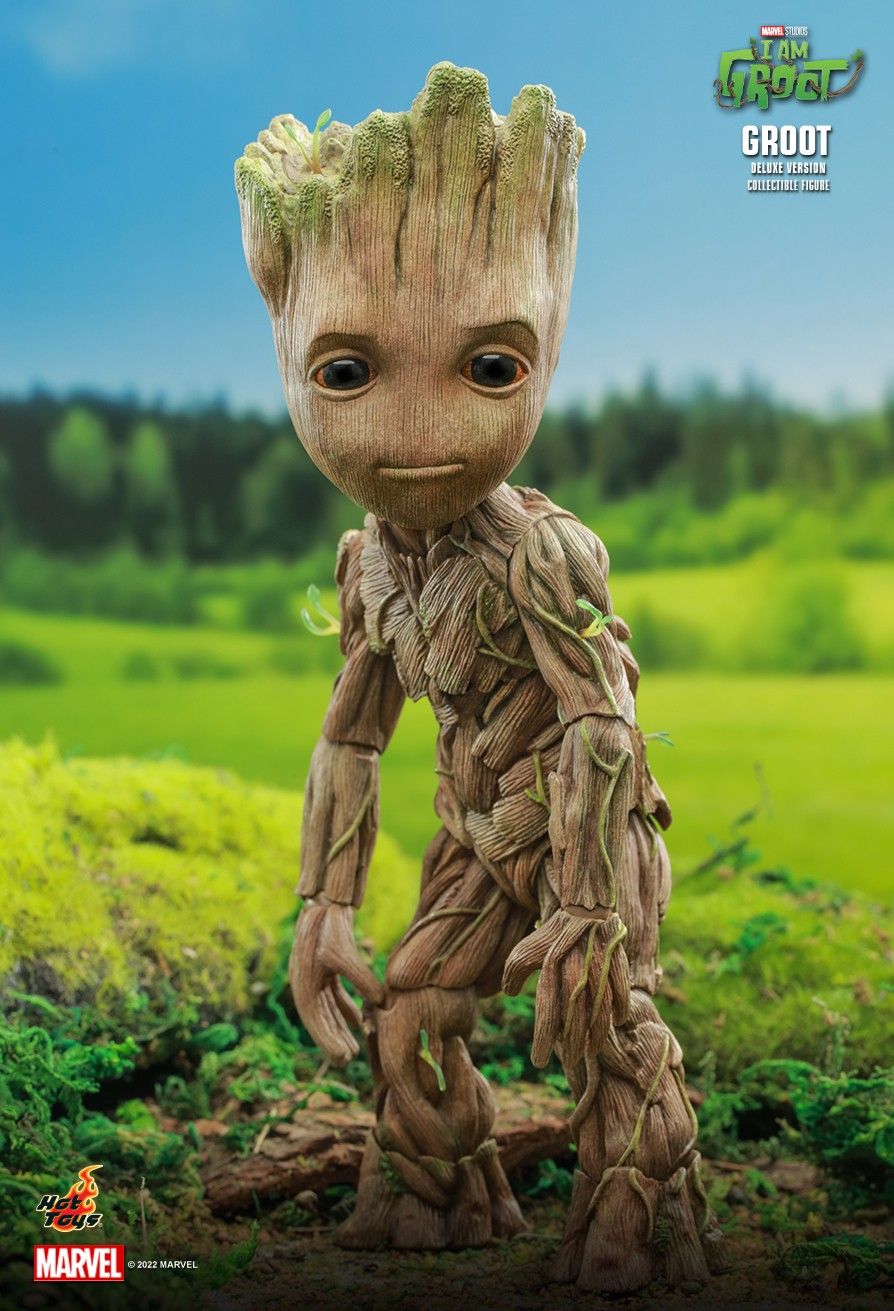 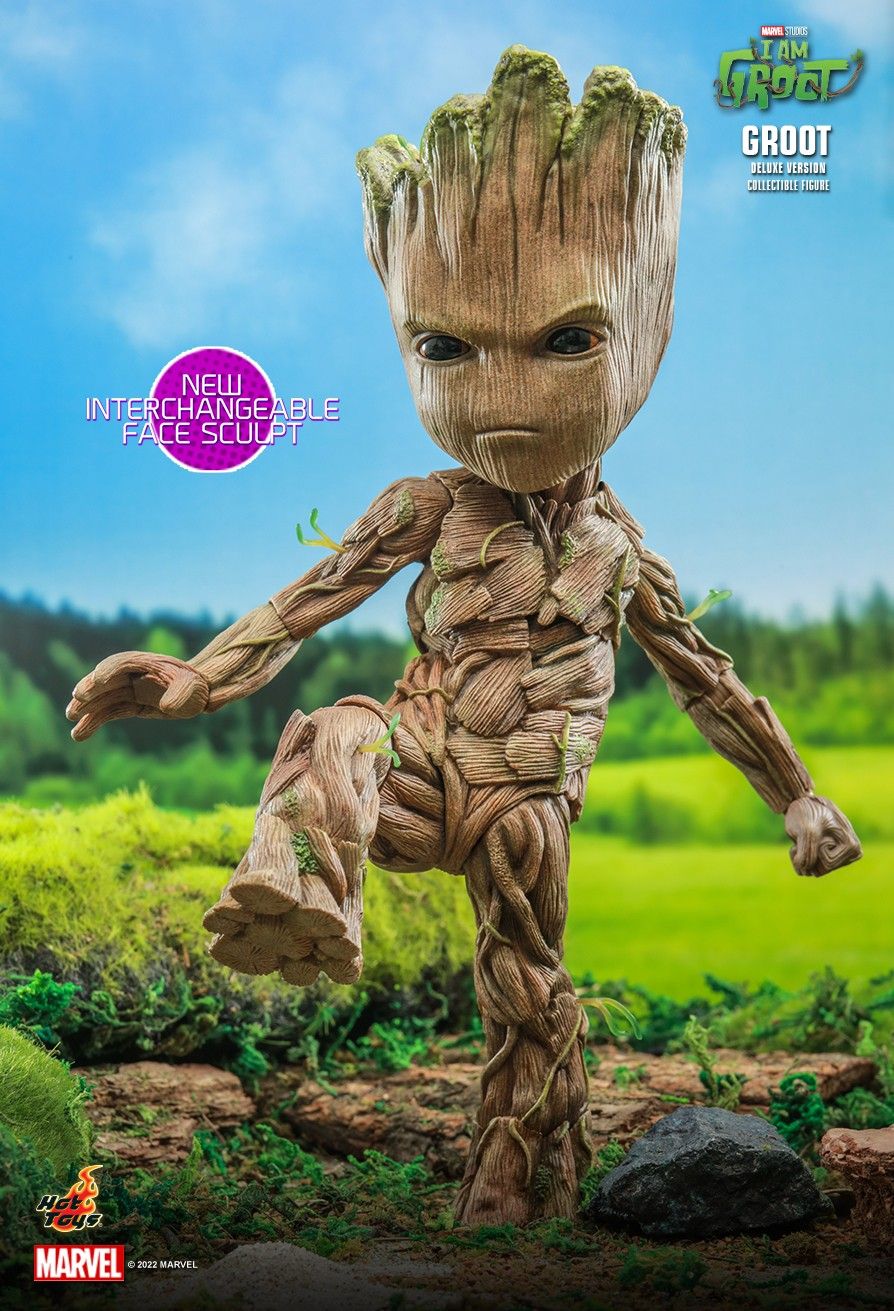 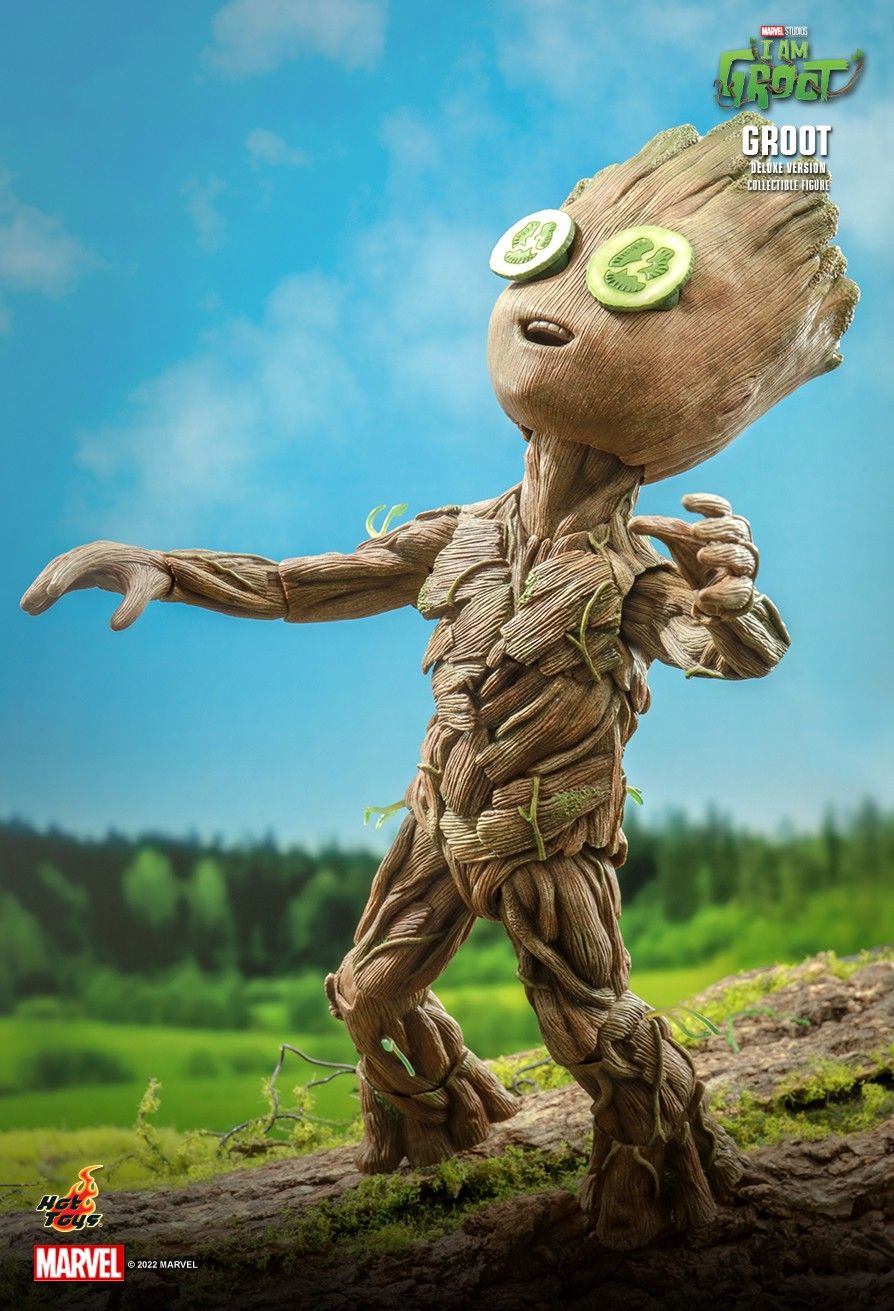 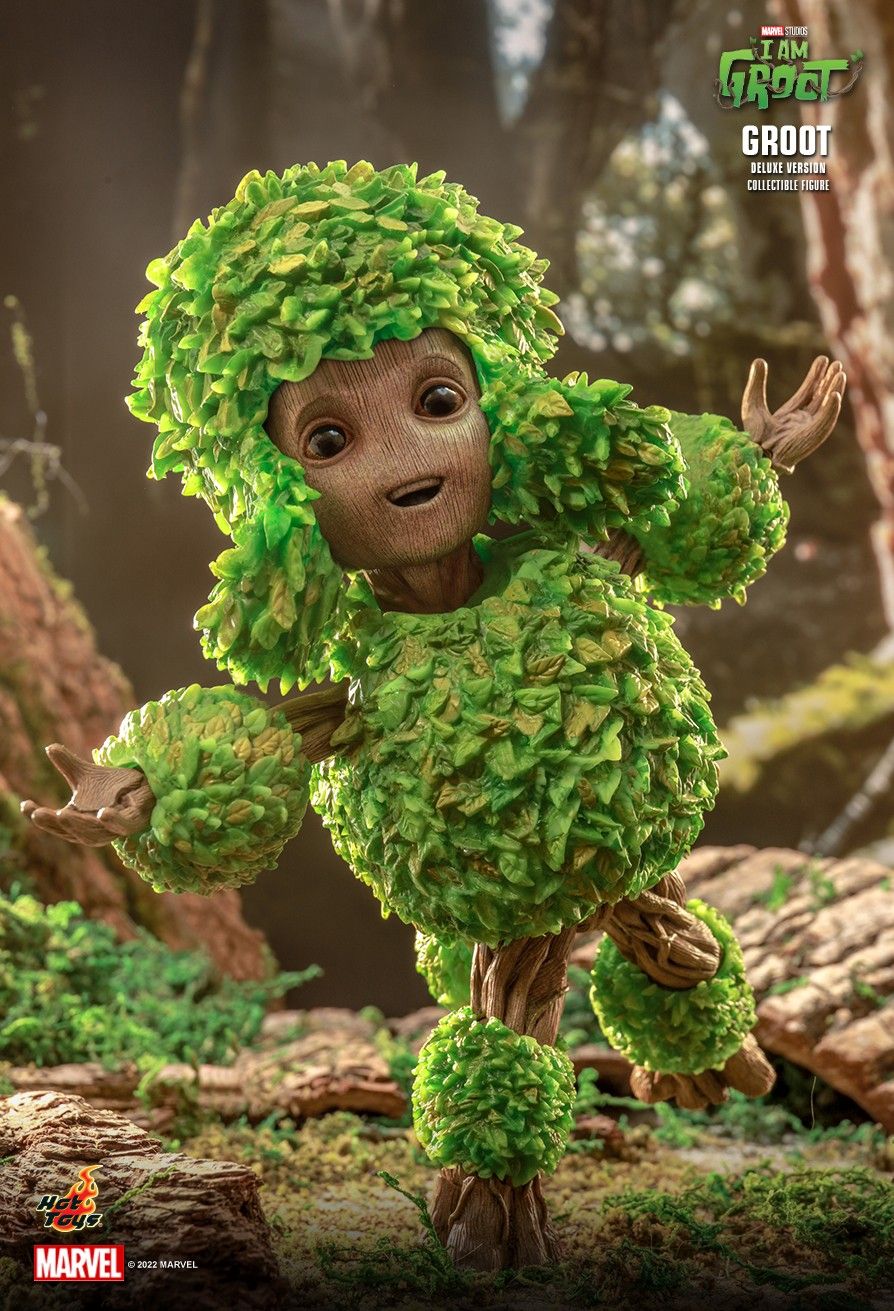 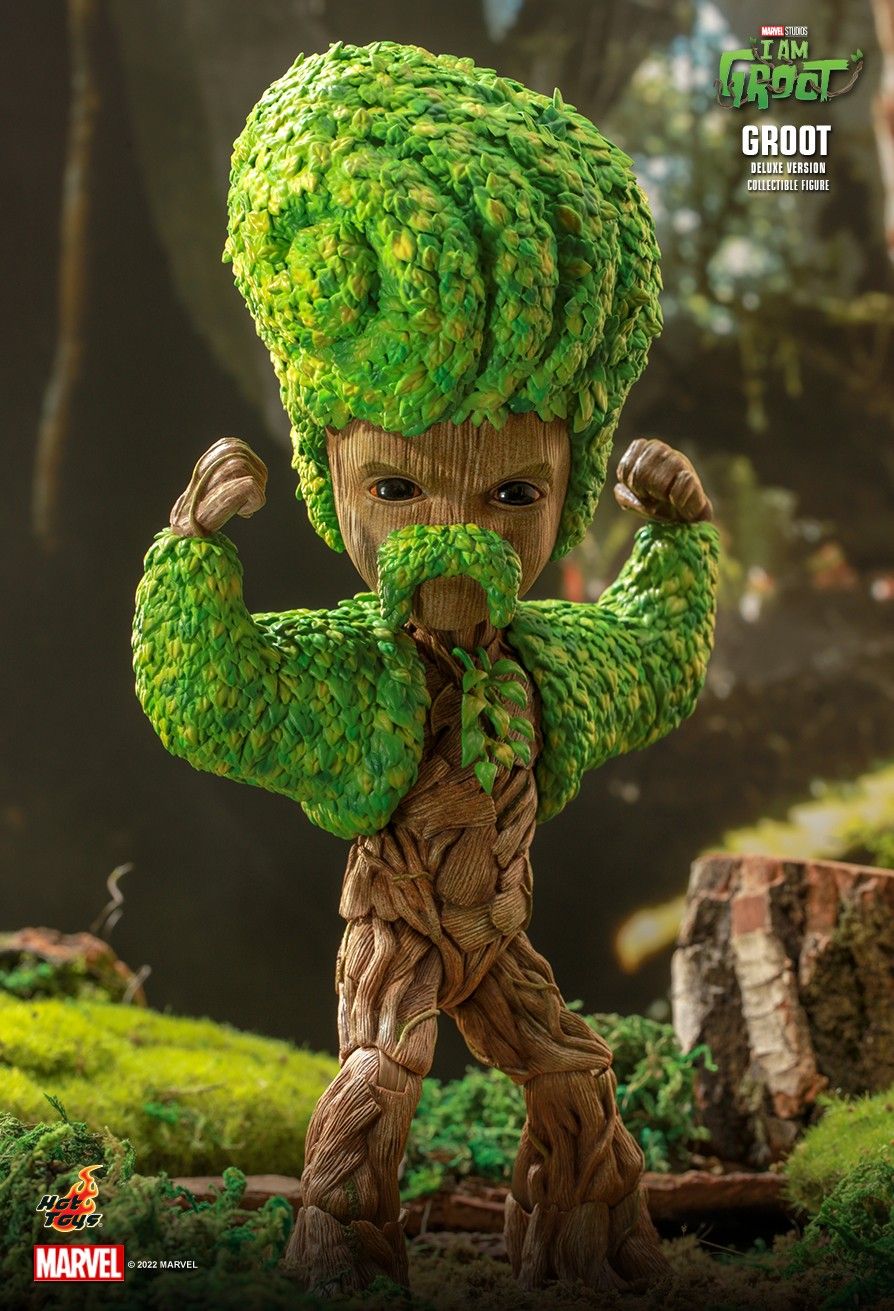 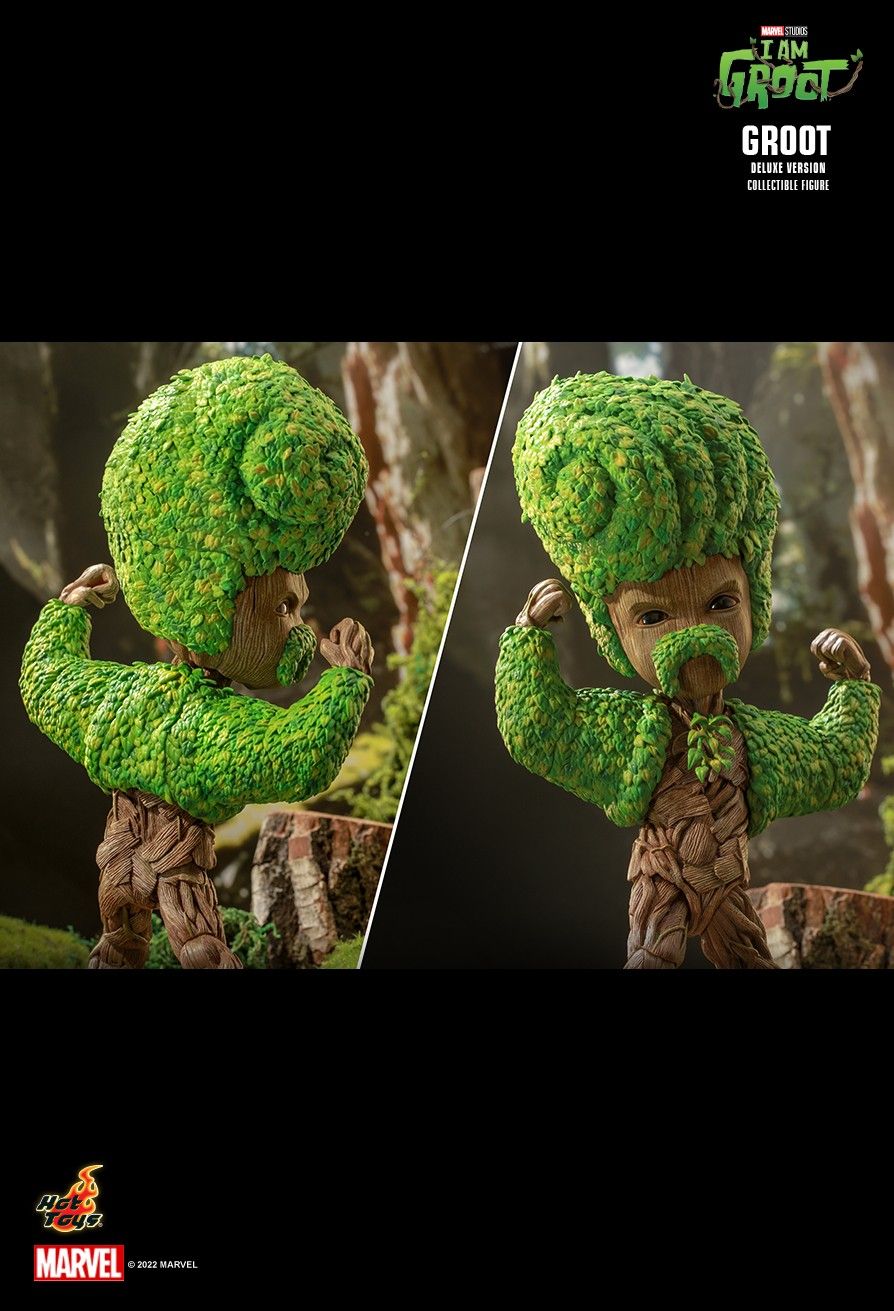 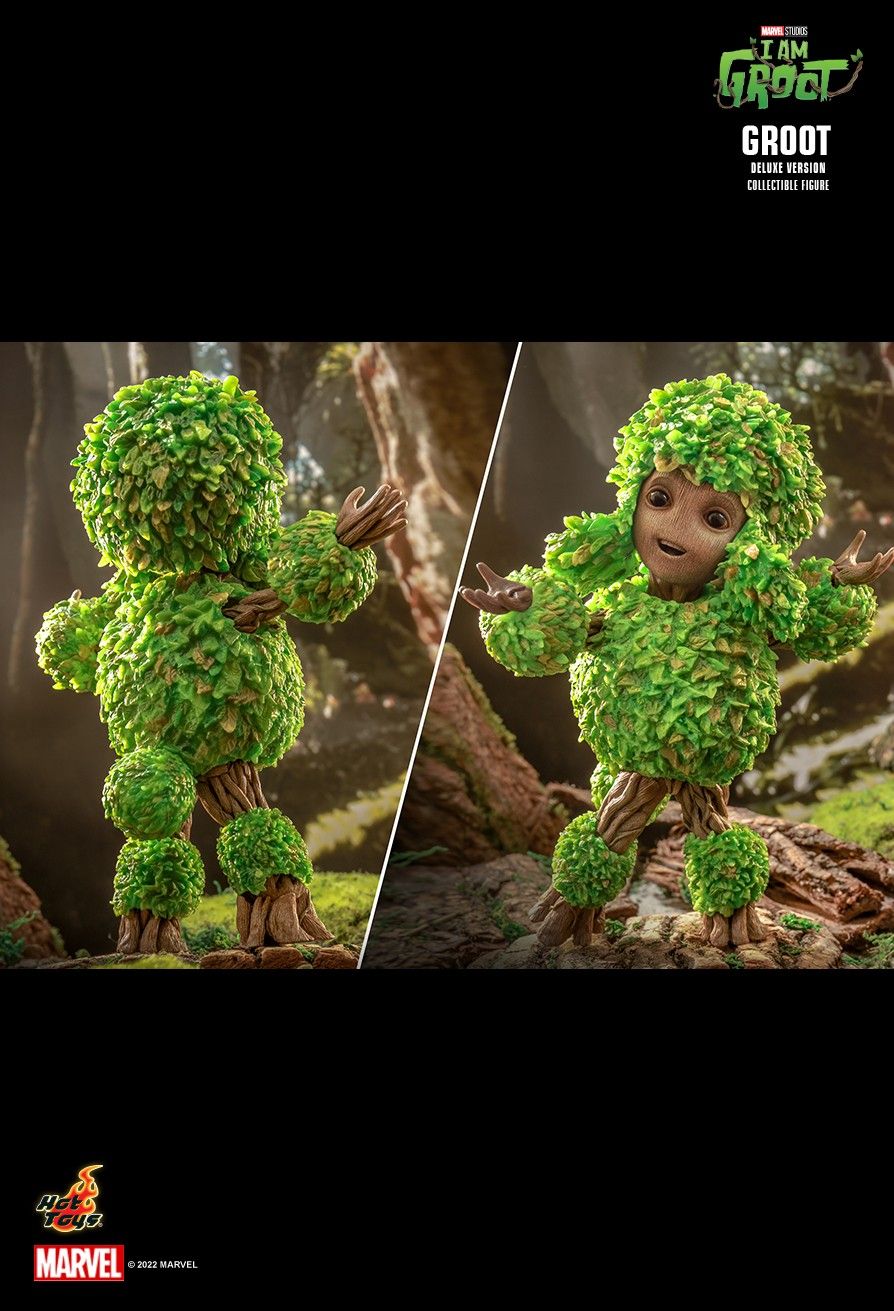 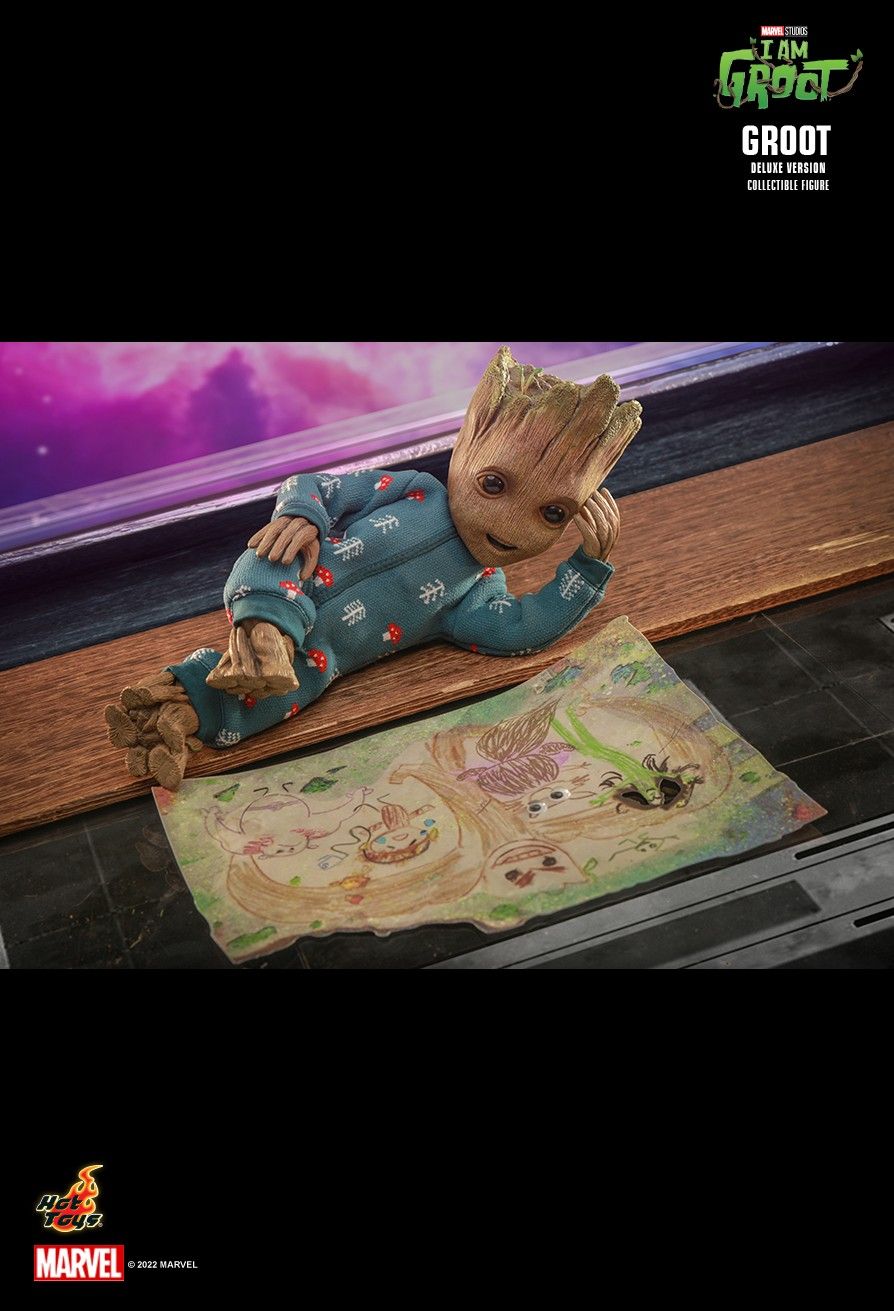 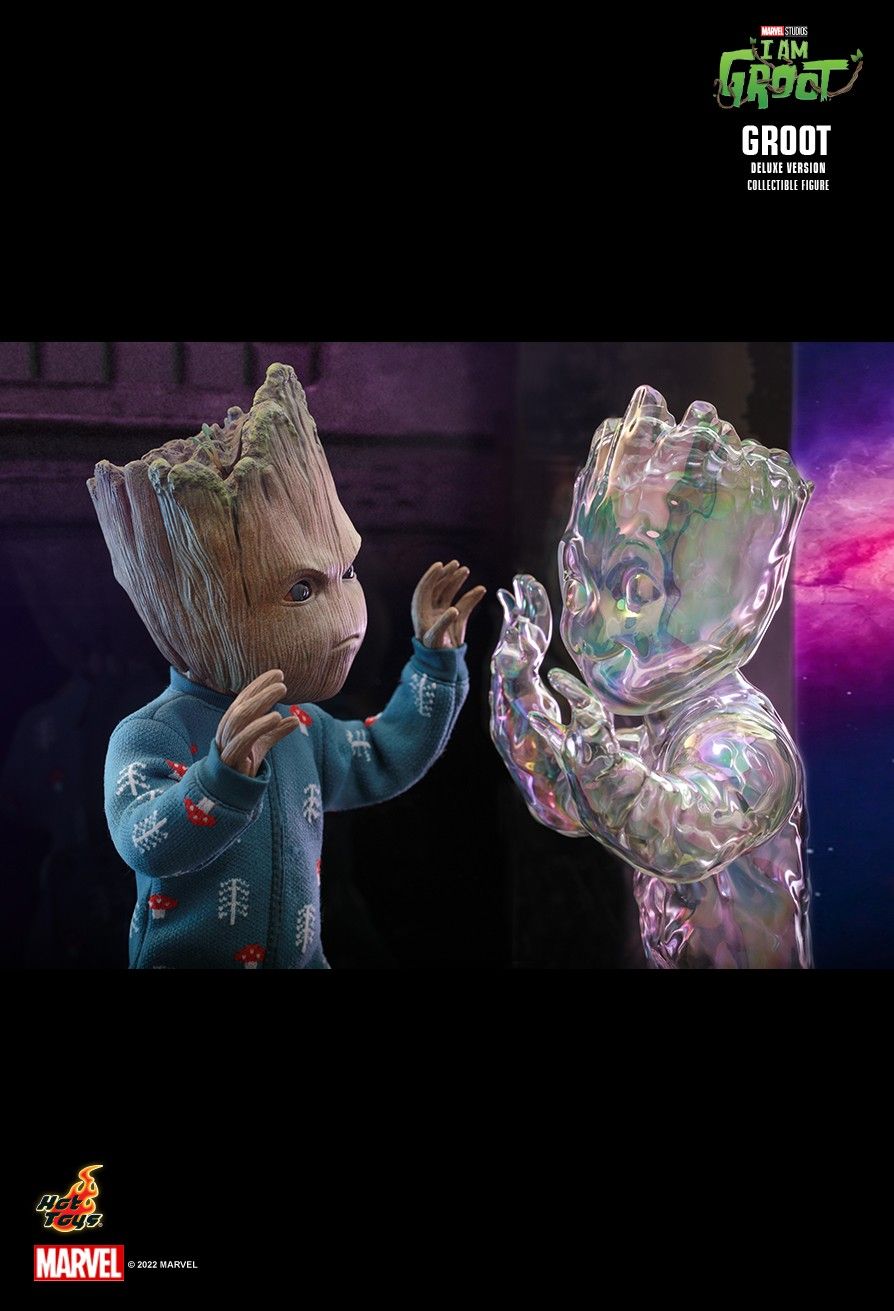 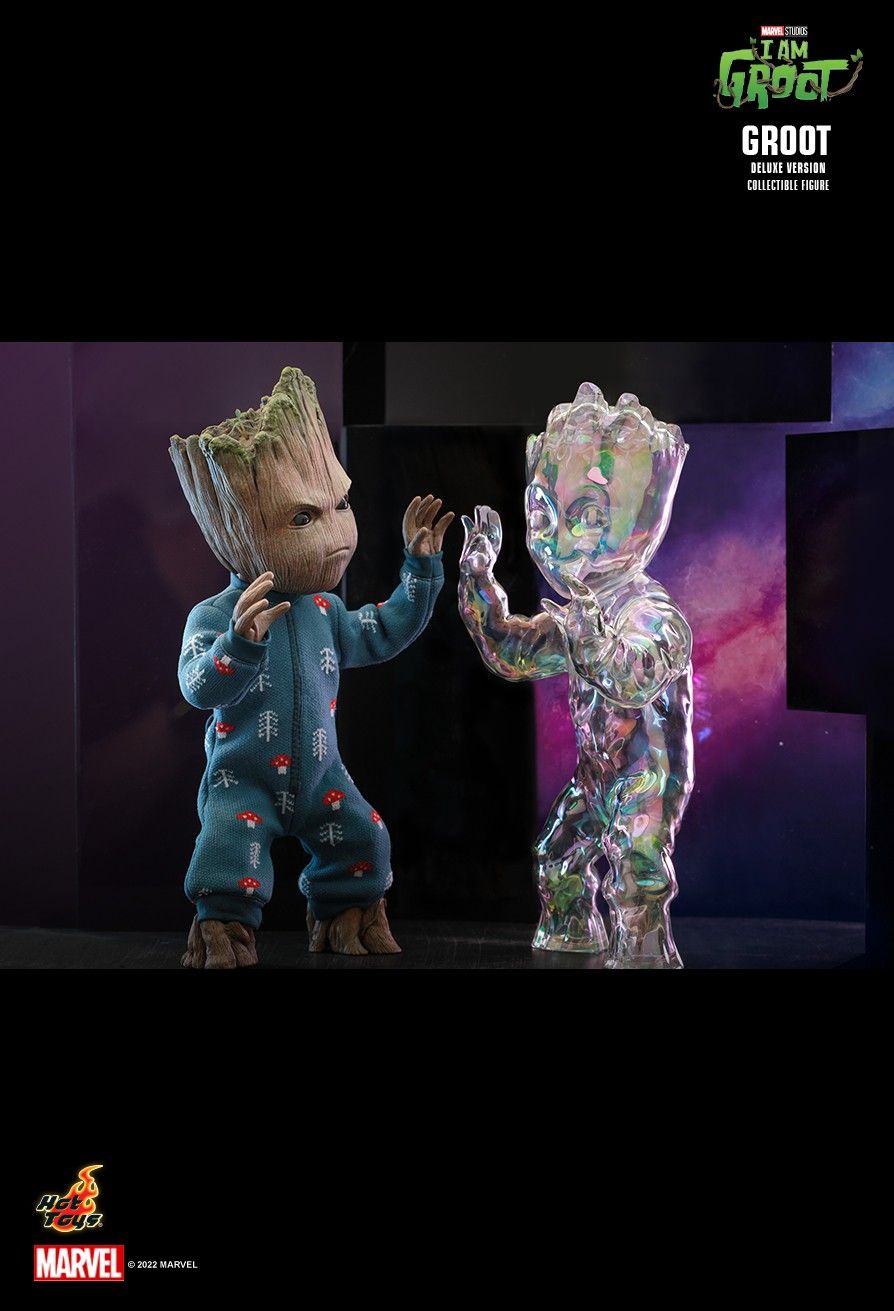 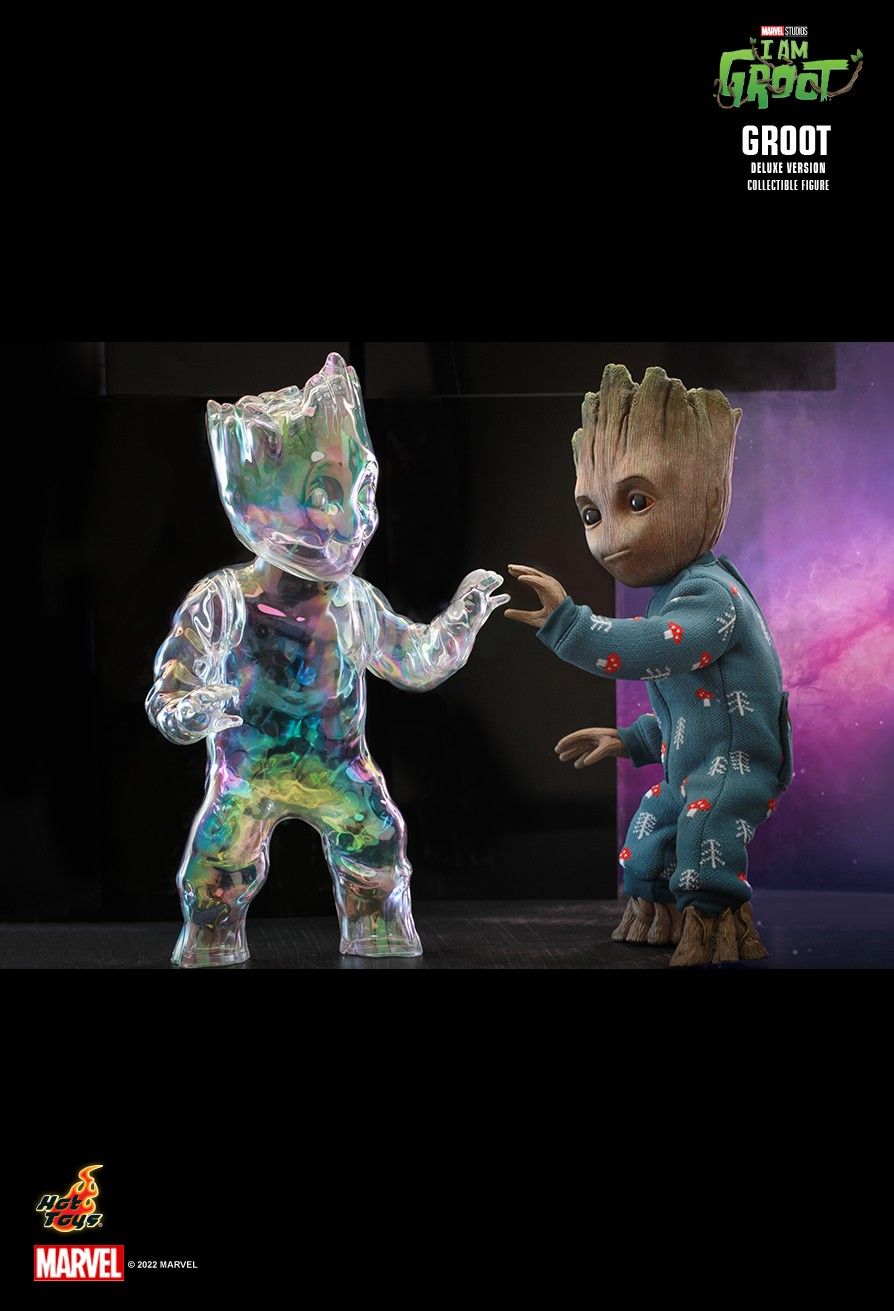 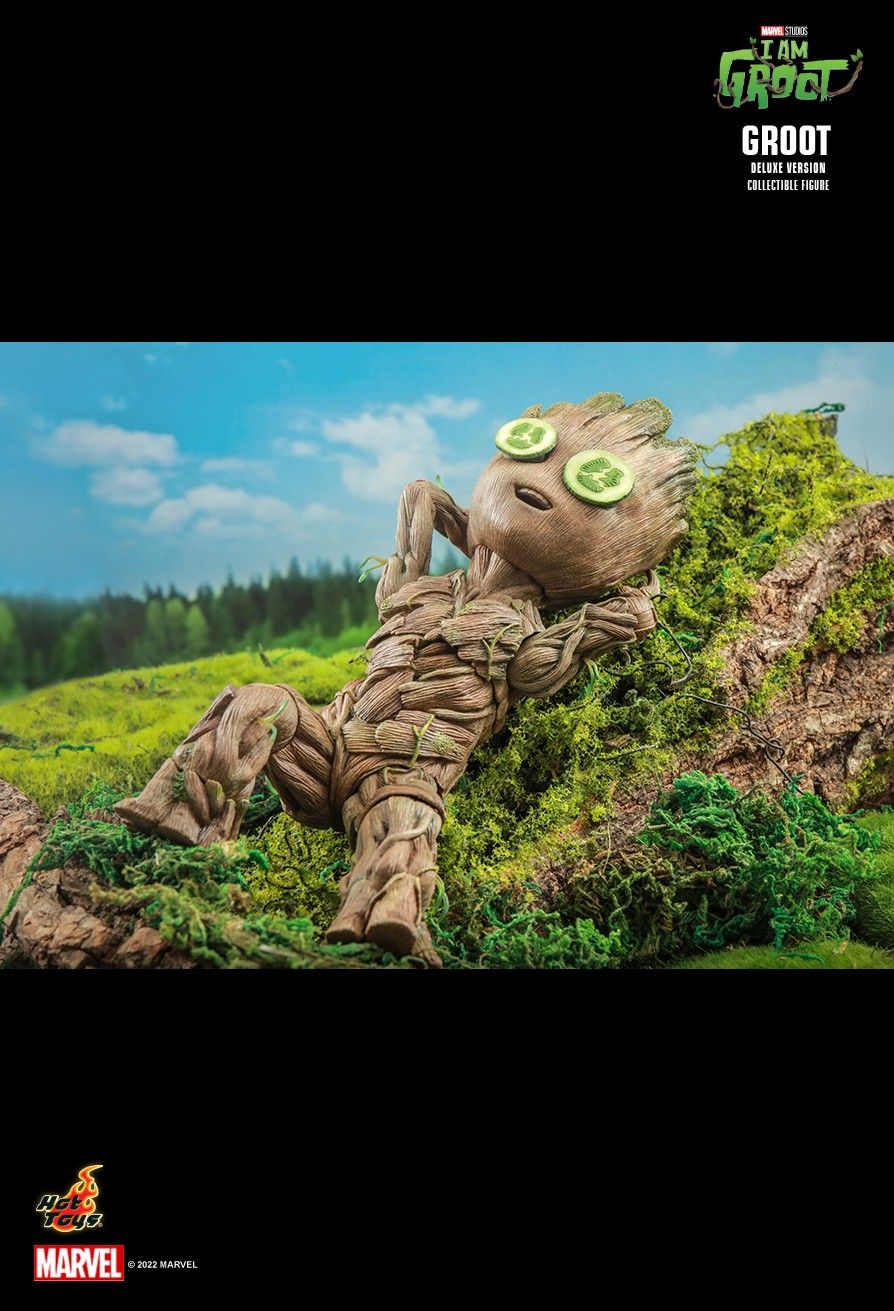 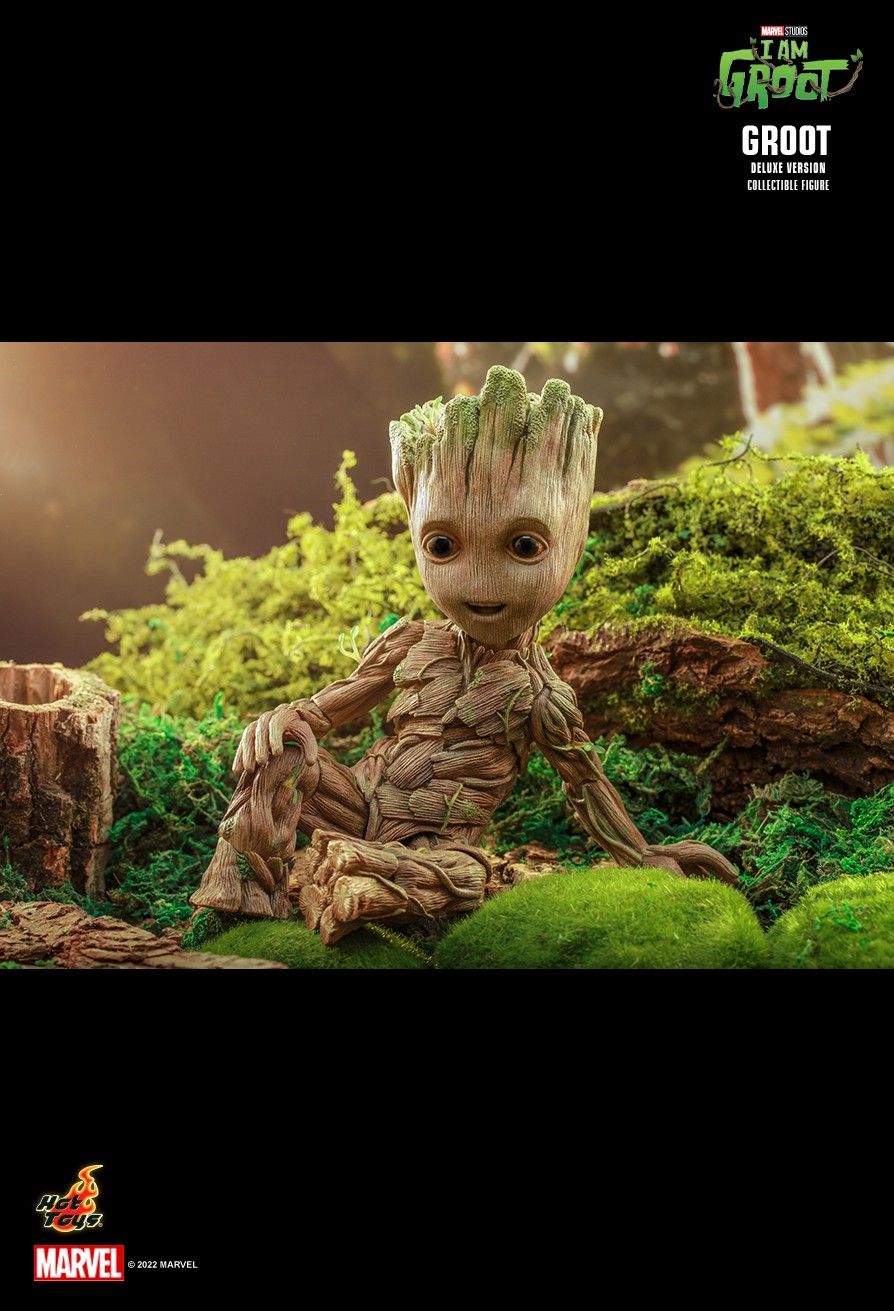 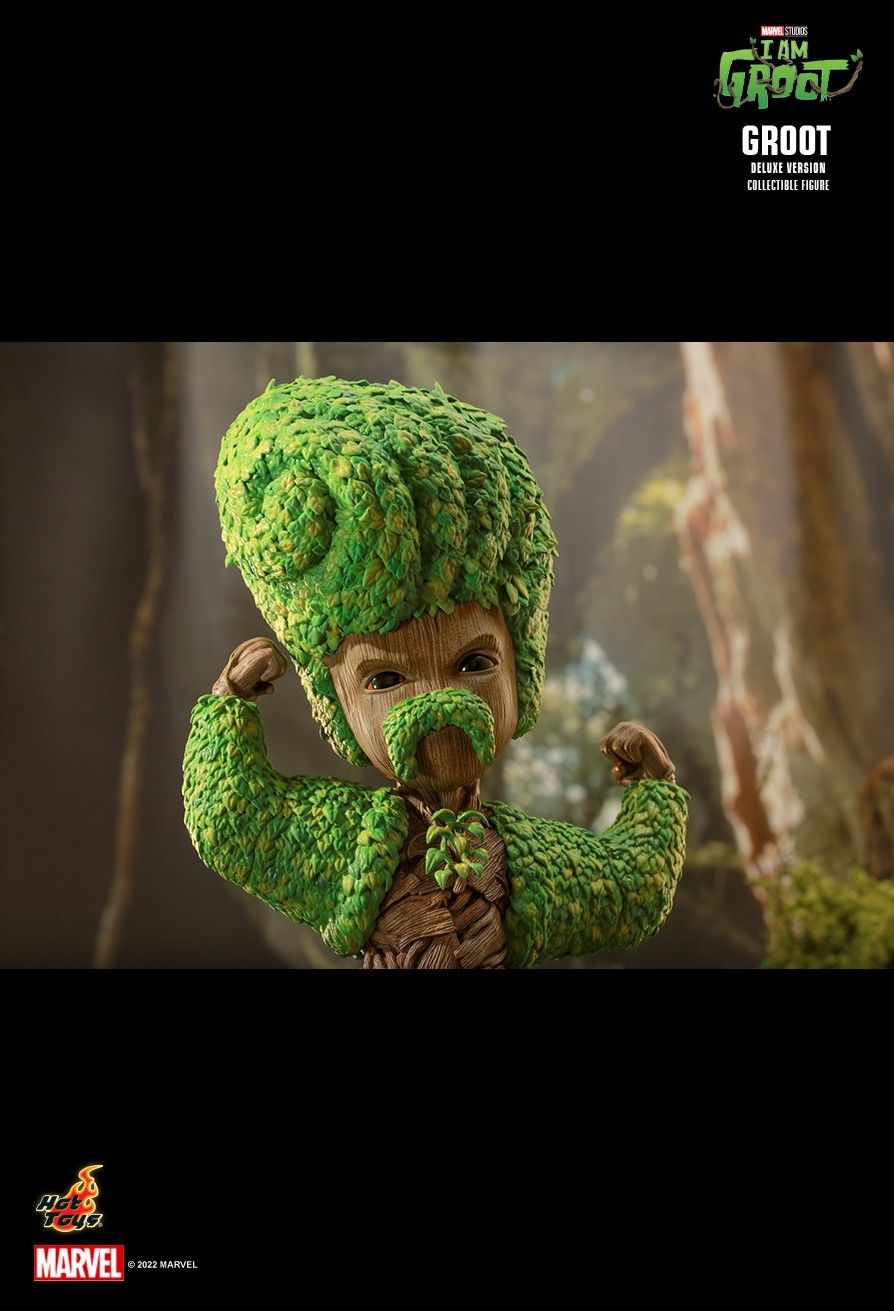 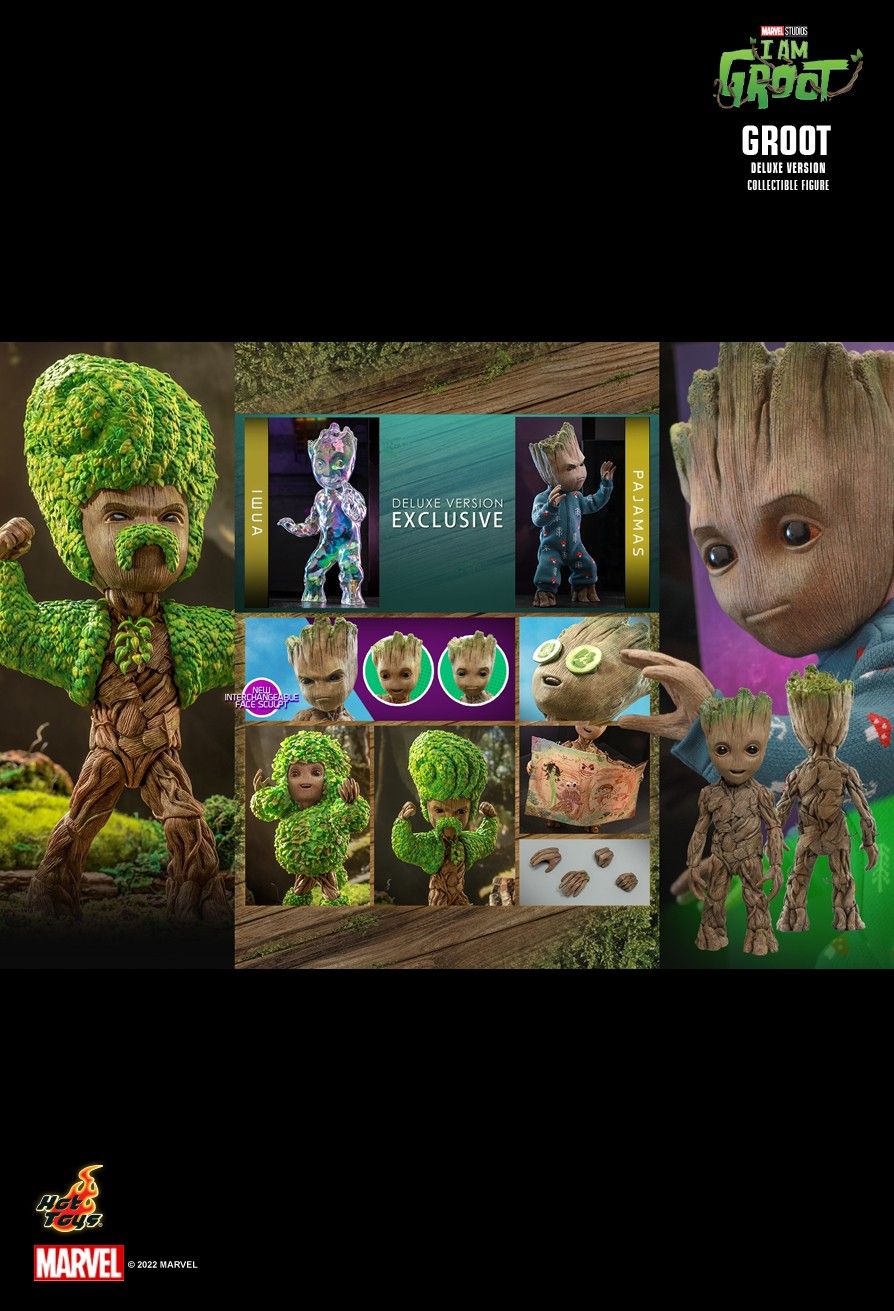 WE ARE GROOT! The tree-mendous hero from Marvel Studios’ Guardians of the Galaxy stepped away from his dynamic crew and went on unexpected comics adventures in the I Am Groot action series. After he took his first baby step out of the plant pot, Groot had a dance off battle with a shapeshifting alien then trimmed himself into different bushy styles when he branched out after relaxing mud baths.

Capture multiple looks of the cutest and tiniest living tree in Marvel Studios’ I Am Groot series, Groot (Deluxe Version) Collectible Figure is here to sprout into your Marvel collectibles shelf.

Skillfully crafted based on Groot’s appearance in the series, this 26cm tall Groot figure features three interchangeable face sculpts with laughing, smiling and furious expressions; sculpted tree texture on the specialized body. Clumps of greenery giving Groot alternate looks from leafy hairdos, body, to impressive bushy mustache and biceps. Also the must-have accessories include cucumber slices for relaxation and Groot’s drawing of the Guardians of the Galaxy family.

The Deluxe Version of this Marvel action figure is giving fans more groot stuffs too. Exclusively features a wearable fabric pajama with cute woven patterns, and the shapeshifter Iwua from the dancing scene in translucent color with articulated joints at neck and arms.

Embrace this Groot in your adorable Guardians of the Galaxy collectibles display!