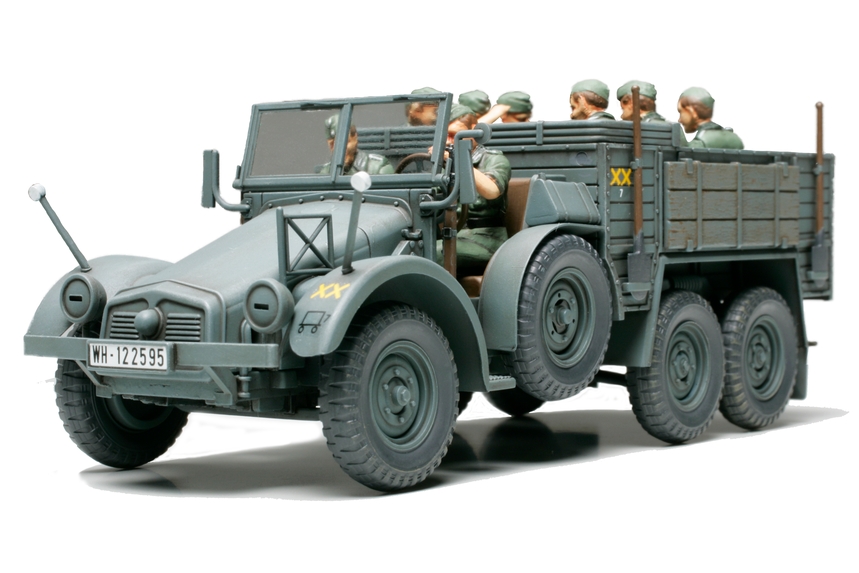 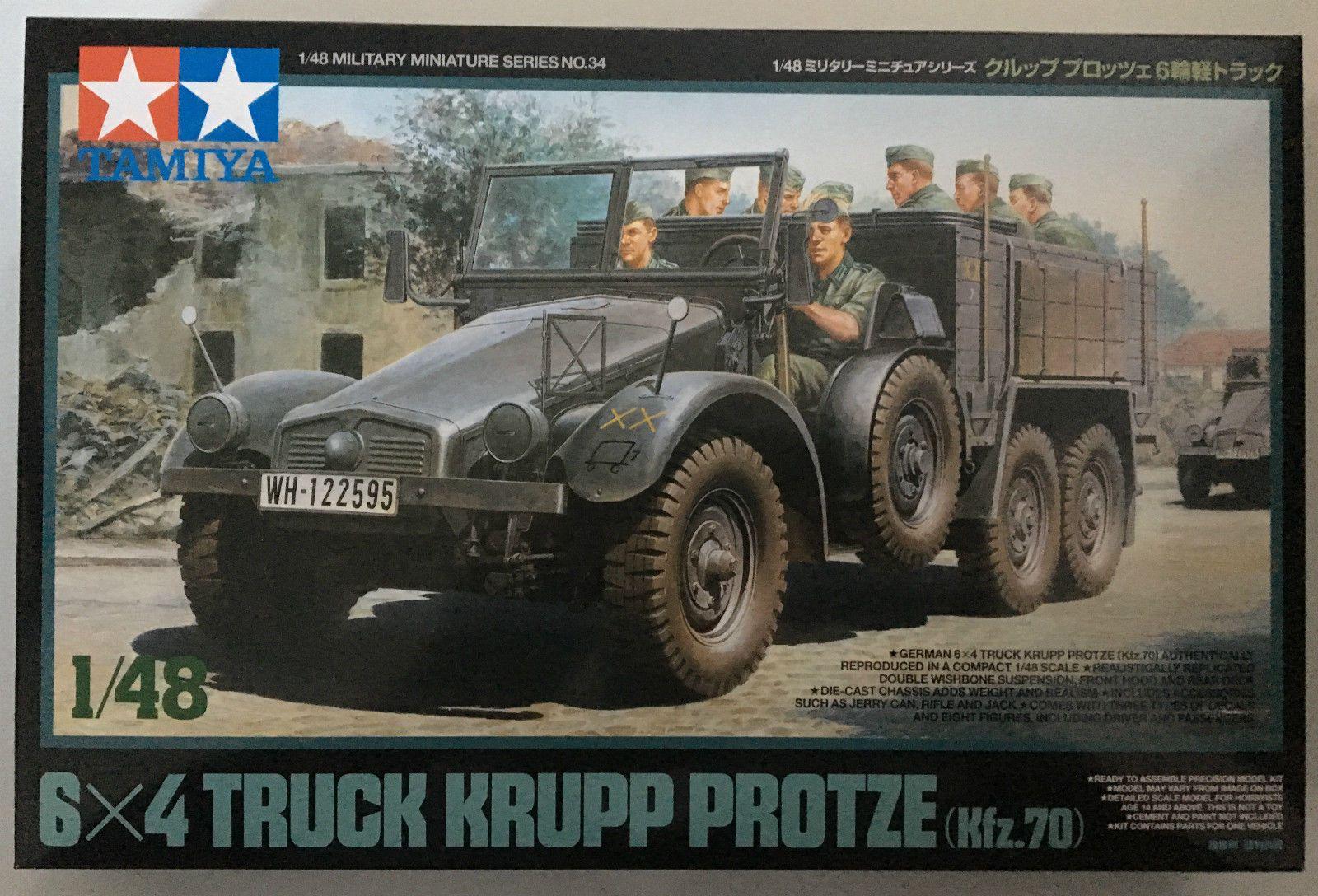 One of the fan-favorites in 1/35 scale, the German Krupp Protze 6-wheeled truck finally joins the 1/48 scale MM Series. Every characteristic of this truck, such as its low-profile bonnet, infantry carrier on rear and double wishbone suspension, has been realistically reproduced. Set also includes driver and infantry passenger figures to heighten realism and atmosphere. The 1/48 MM Series offers not just tanks, but also a rich variety of auxiliary and support vehicles for endless diorama possibilities.

This vehicle was popularly known as the 'Boxer' because it had an air-cooled flat-four square engine. This in turn allowed a flat sloping engine cover of quite unmistakable shape which also gave excellent forward visibility and a low silhouette. The Krupp 'Boxer' was quite ubiquitous in application and the chassis carried body work for a considerable number of different roles. Aside from its air-cooled engine, the 'Boxer' also had an independent suspension system, differing from the conventional springing systems of other six-wheelers in German service.