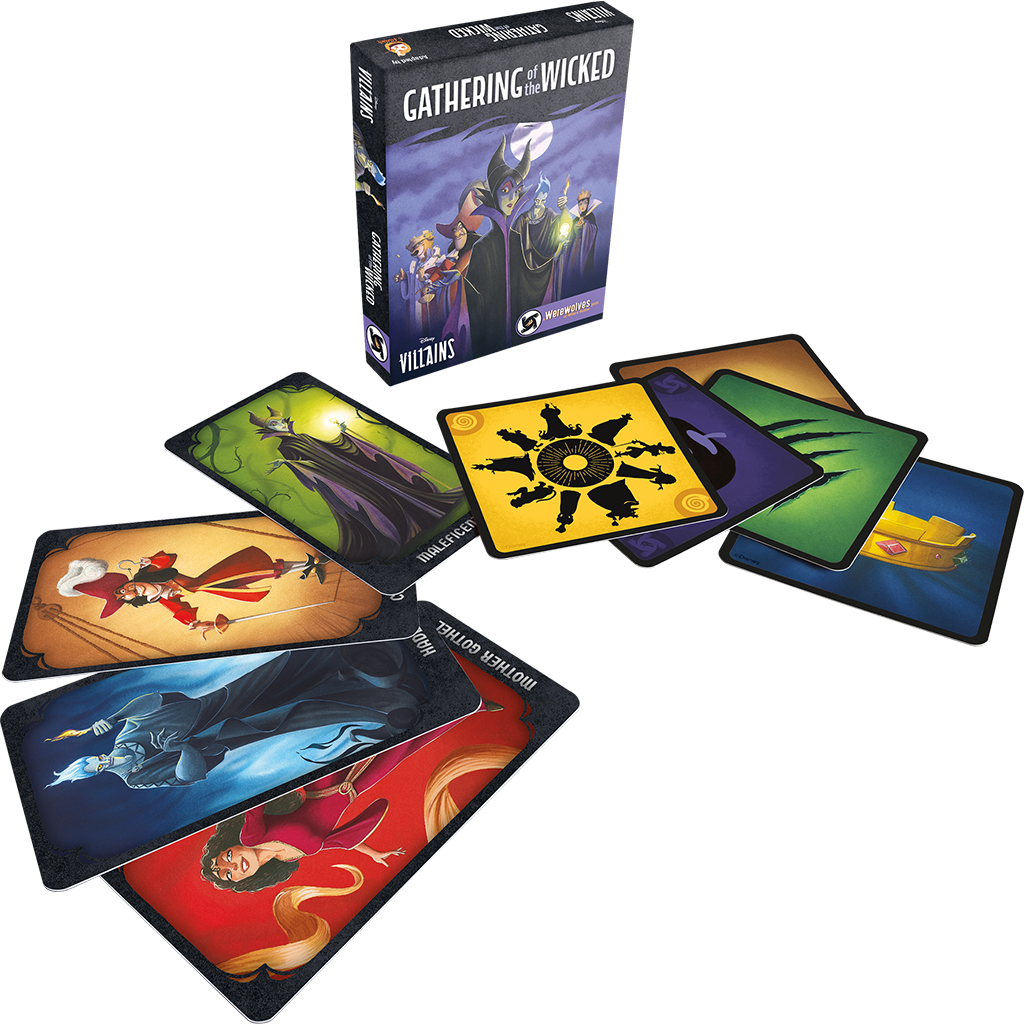 Gathering of the Wicked

Imagine a dark and desolate realm, filled only with chaos and misfortune, where only the truly evil and most powerful villains can survive and thrive. In a world where everyone is wicked, is there anyone you can really trust?

In Gathering of the Wicked, based on Werewolves of Miller's Hollow, you play as a Disney villain such as Maleficent, Hades, or Captain Hook who is gathering in a dark realm with various henchmen. There, two teams fight for control, alternating between day and night phases. Each night, the villains wake up one by one and use their unique abilities to chase their objectives. Each day, the gathering debates and tries to unmask the traitors amongst them, but since no one knows which team other players are on, trusting each other will be tricky, and bluffing will be their best route to dominance within their new surroundings.

While each role is known by the other players, every character also has a "secret alignment" that determines their objective — making it even trickier to know who to trust!