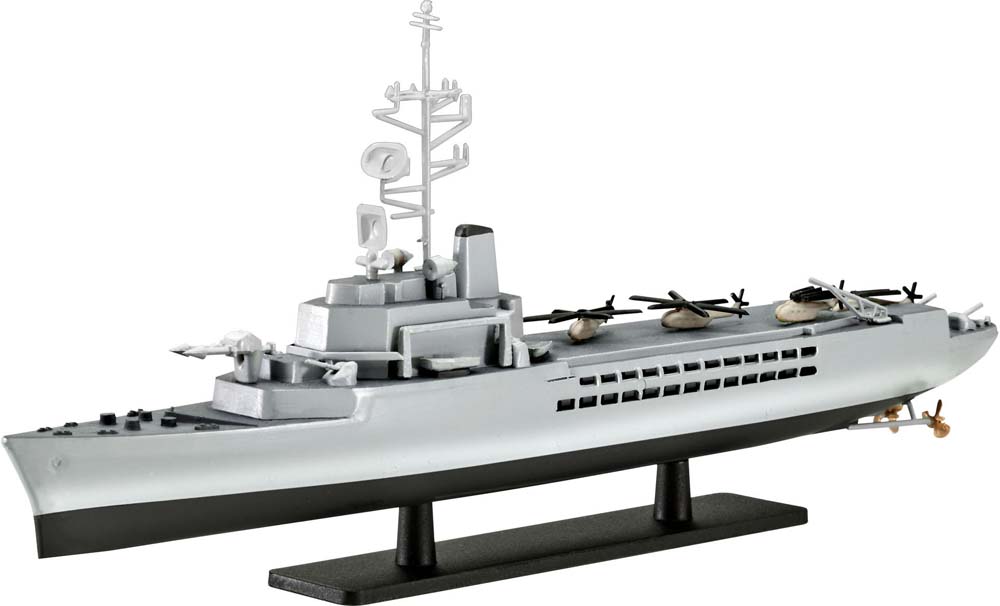 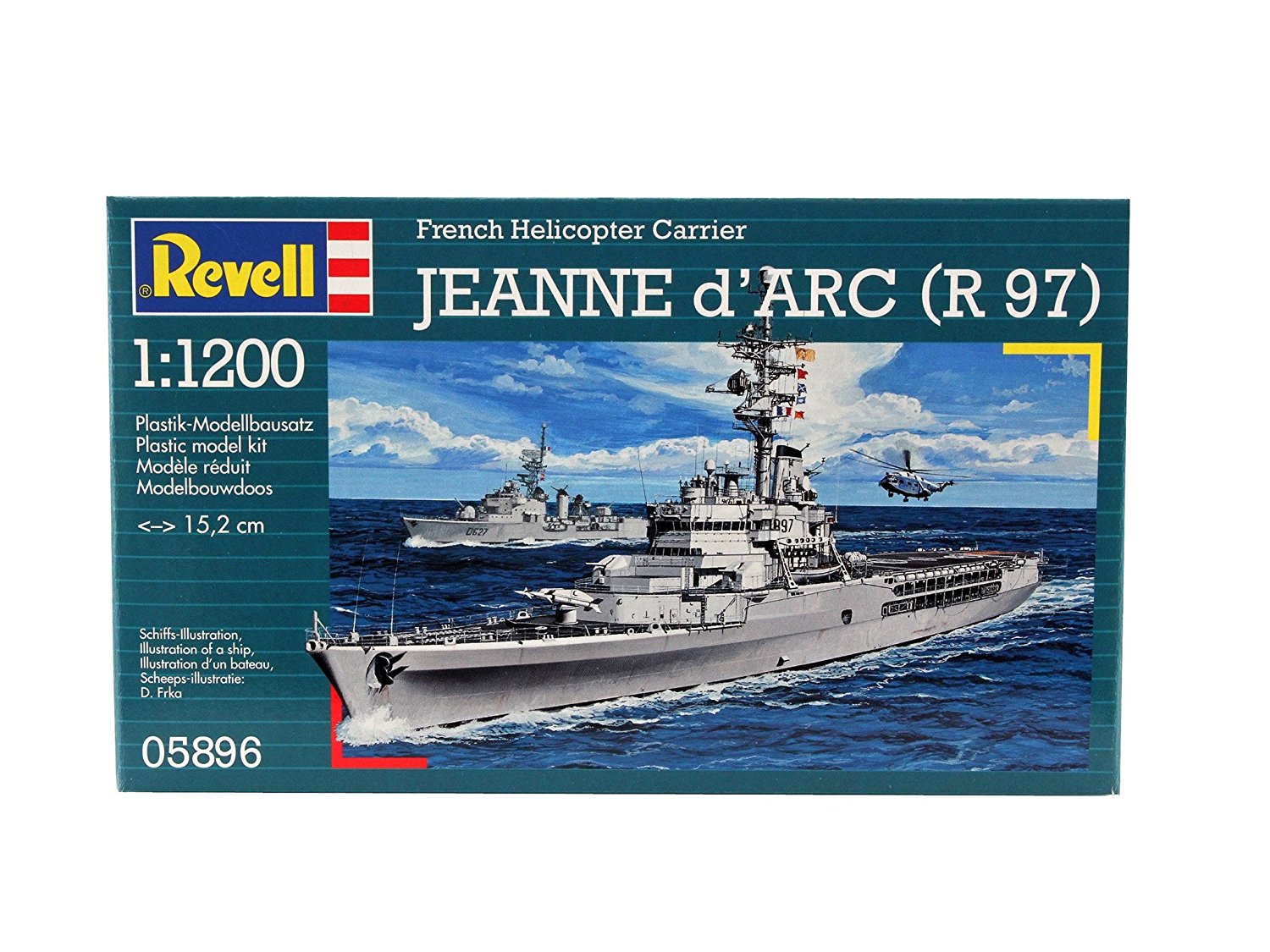 Description
Nearly half a century of loyal service.

The third French naval vessel to be named after Joan of Arc, the Jeanne d'Arc (R97) was commissioned in 1964. In times of peace, she was used to train French sailors. Most famously, however, she saved French hostages from Somali pirates in the 2008 Le Ponant rescue effort. She was decommissioned in September of 2010, after serving the French Navy for 46 years. This easy-to-assemble kit features a ship's superstructure with radar installations, a flight deck, four helicopters, a display stand and authentic decals.