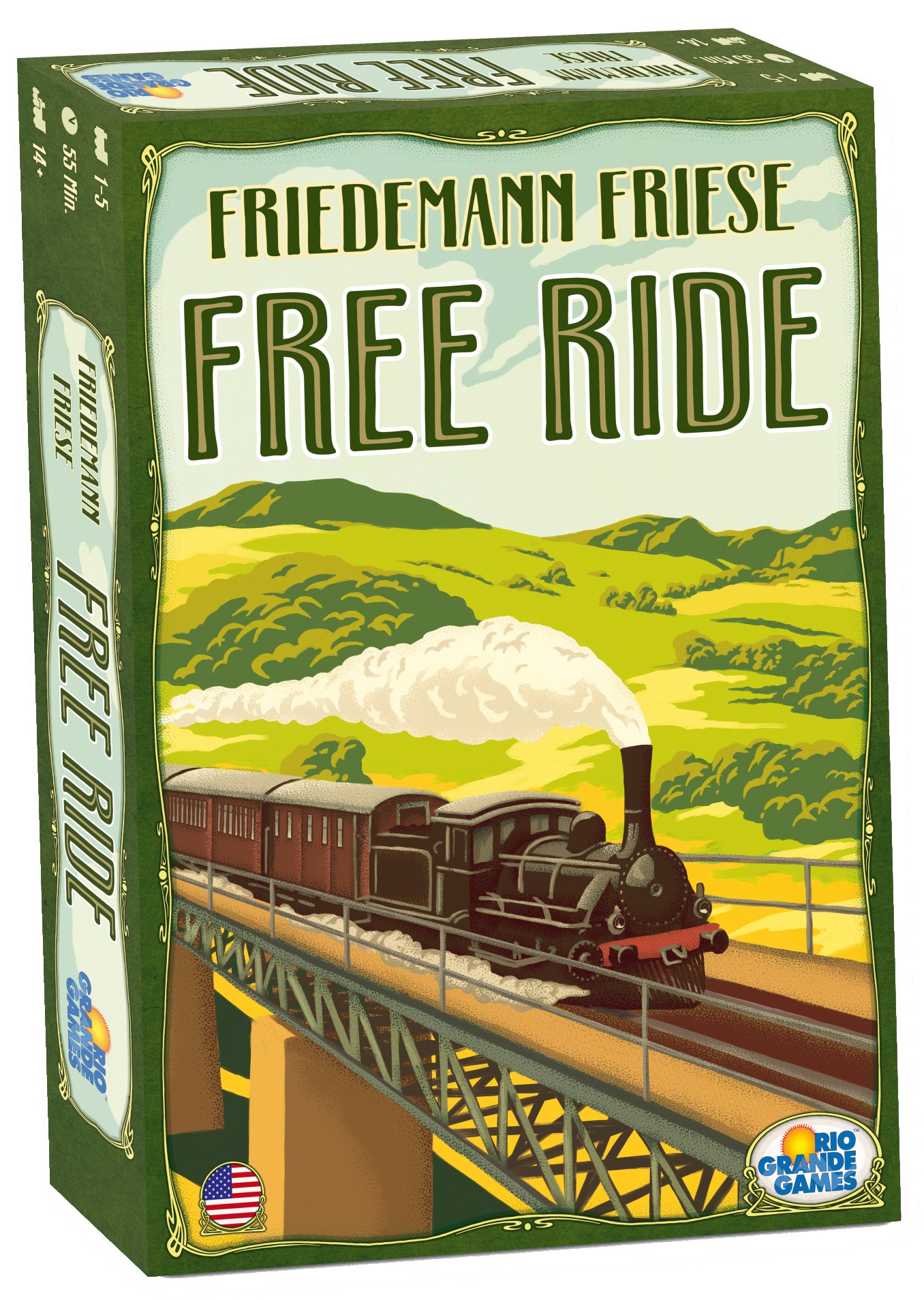 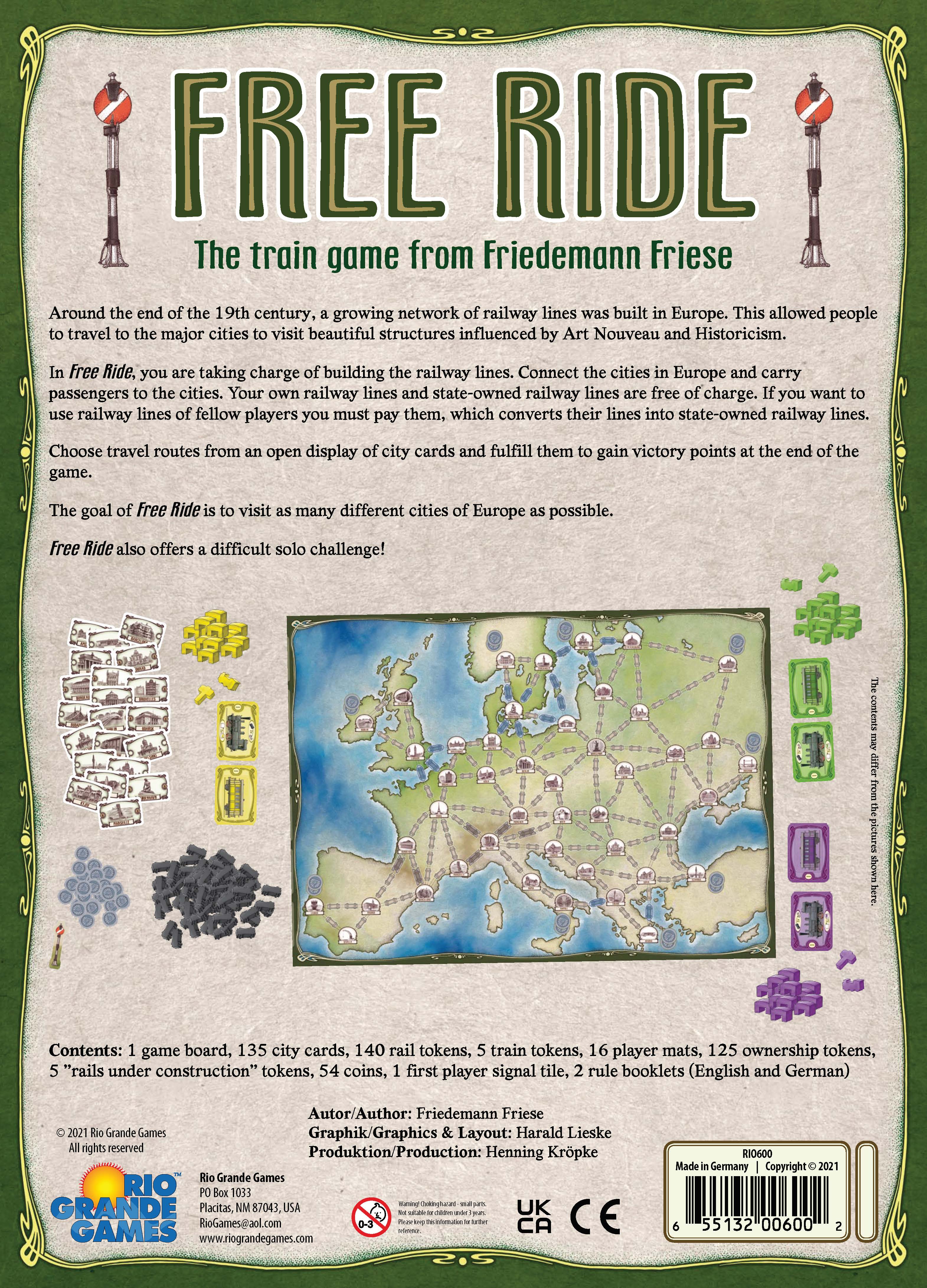 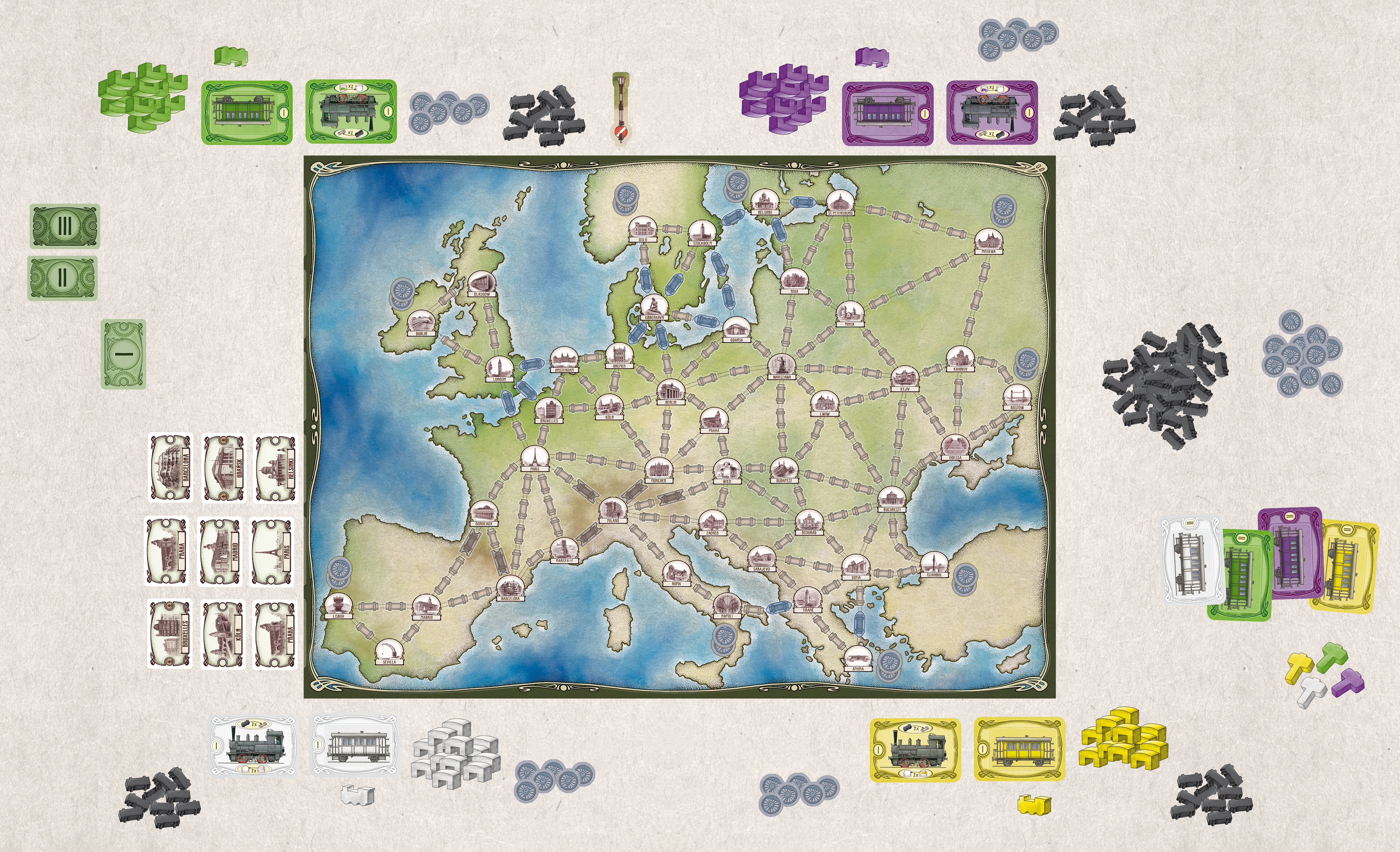 Free Ride, another fine game from Friedemann Friese, designer of Power Grid and Friday, takes us to the Golden Age of Railways in Europe. Around the end of the 19th Century, a growing network of railway lines was built in Europe. This allowed people to travel to the major cities to visit beautiful structures influenced by Art Nouveau and Historicism.

To collect passengers, you can choose from an open display of city cards representing different travel routes of passengers. Move your train to one of the
cities on display and choose that travel route by picking up this starting city card together with the destination city card. When your train arrives at the
destination, you fulfill this travel route and gain victory points for both cards at the end of the game. At first, you can only take care of a single travel route.
Later, your train can carry two travel routes at the same time and travels faster along the network of railway lines.

The goal of Free Ride is to visit as many different cities of Europe as possible.