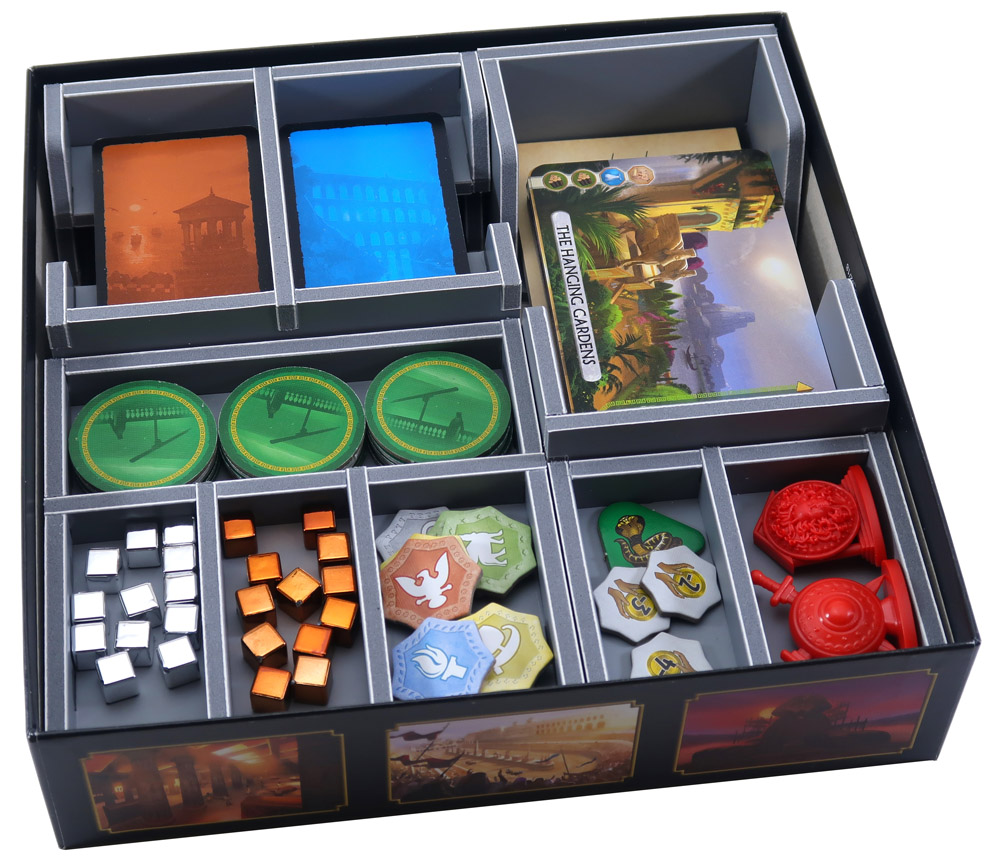 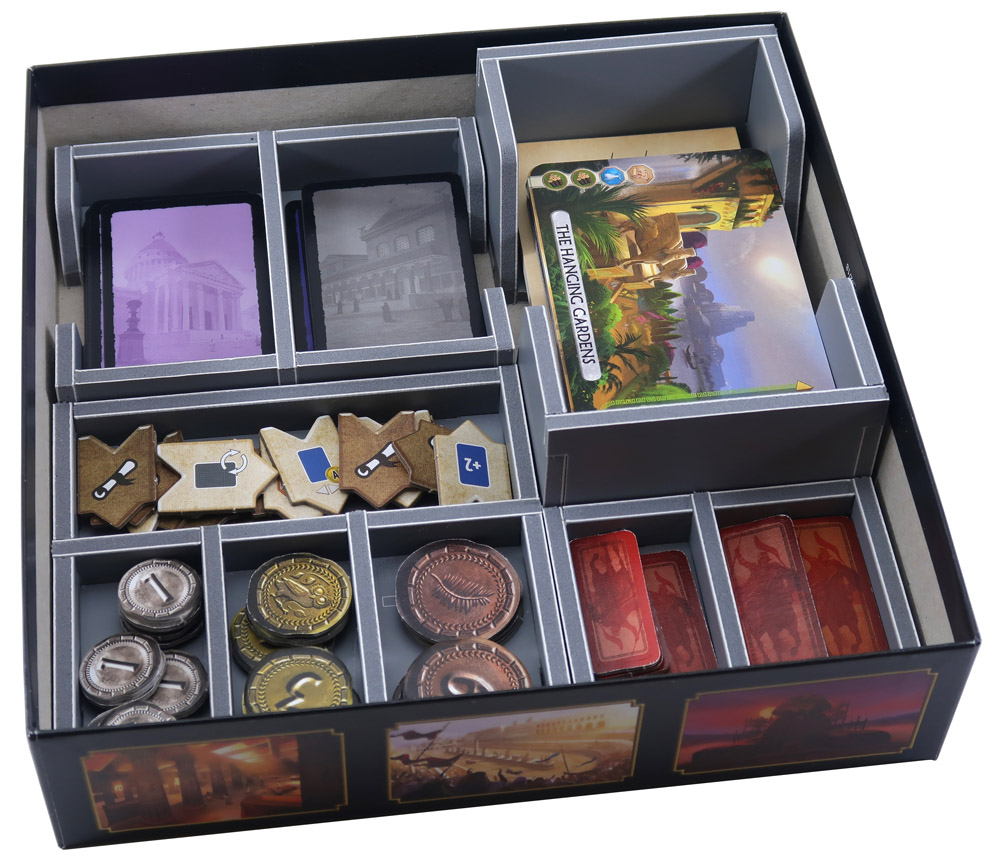 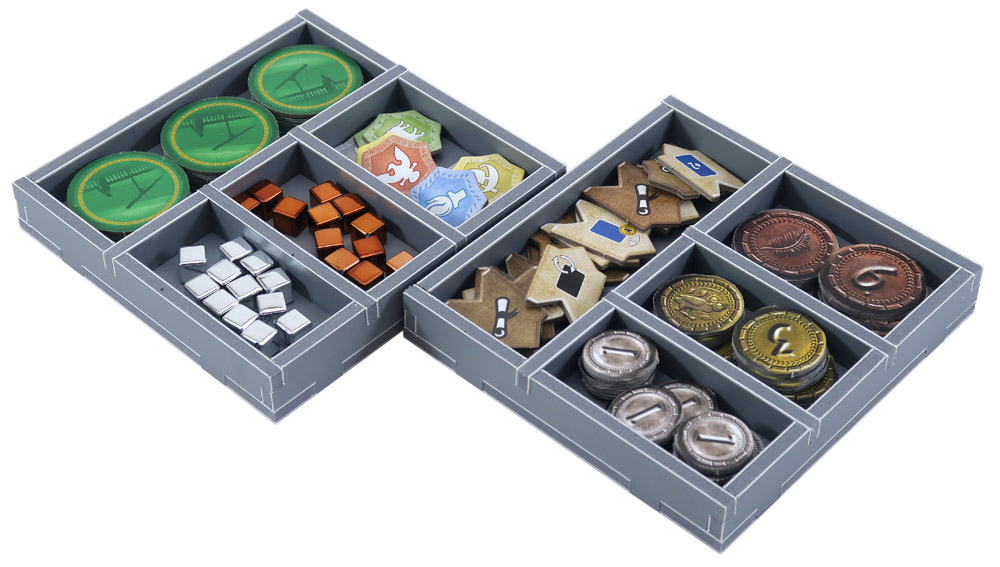 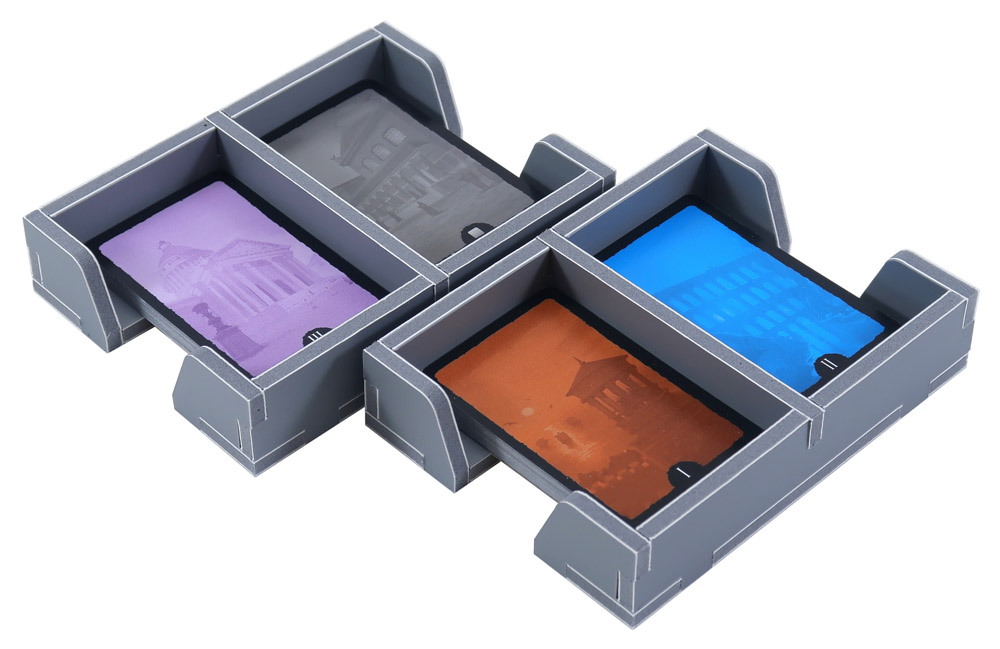 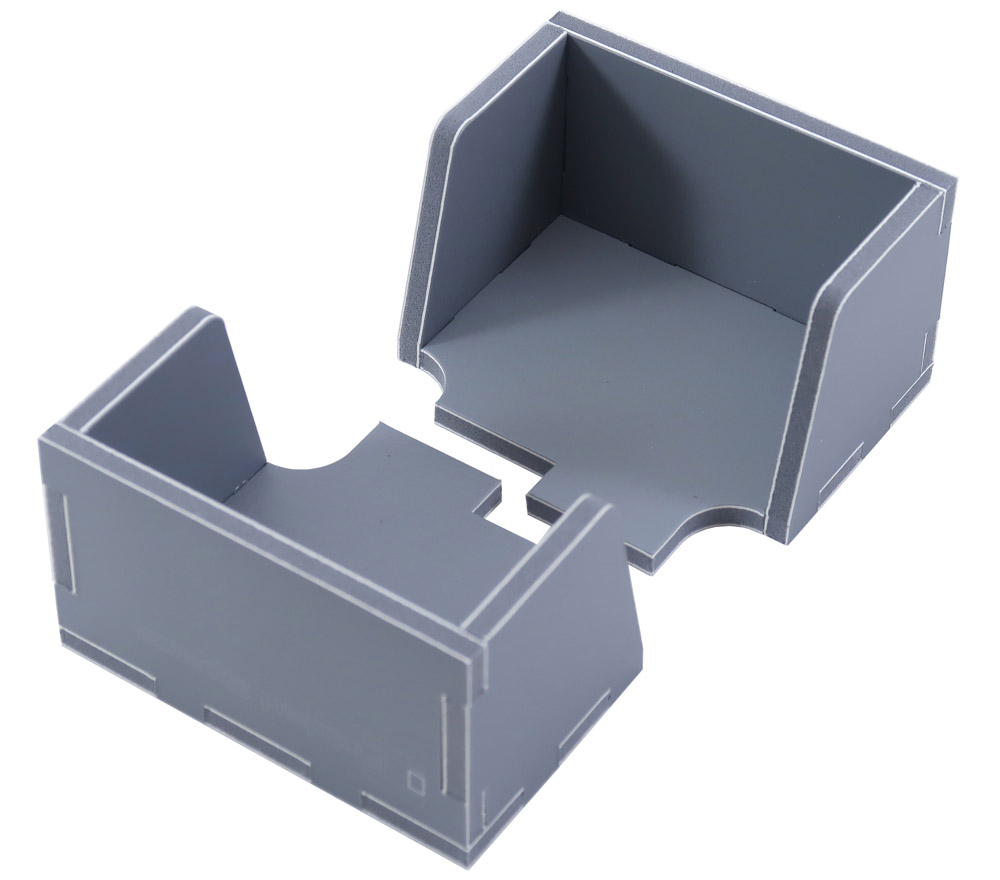 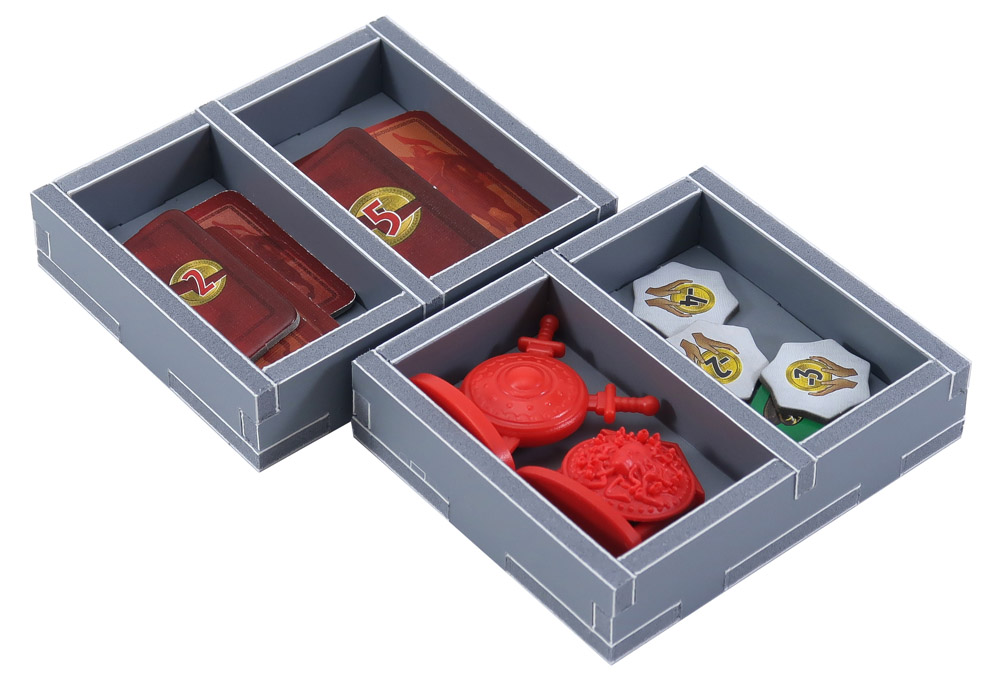 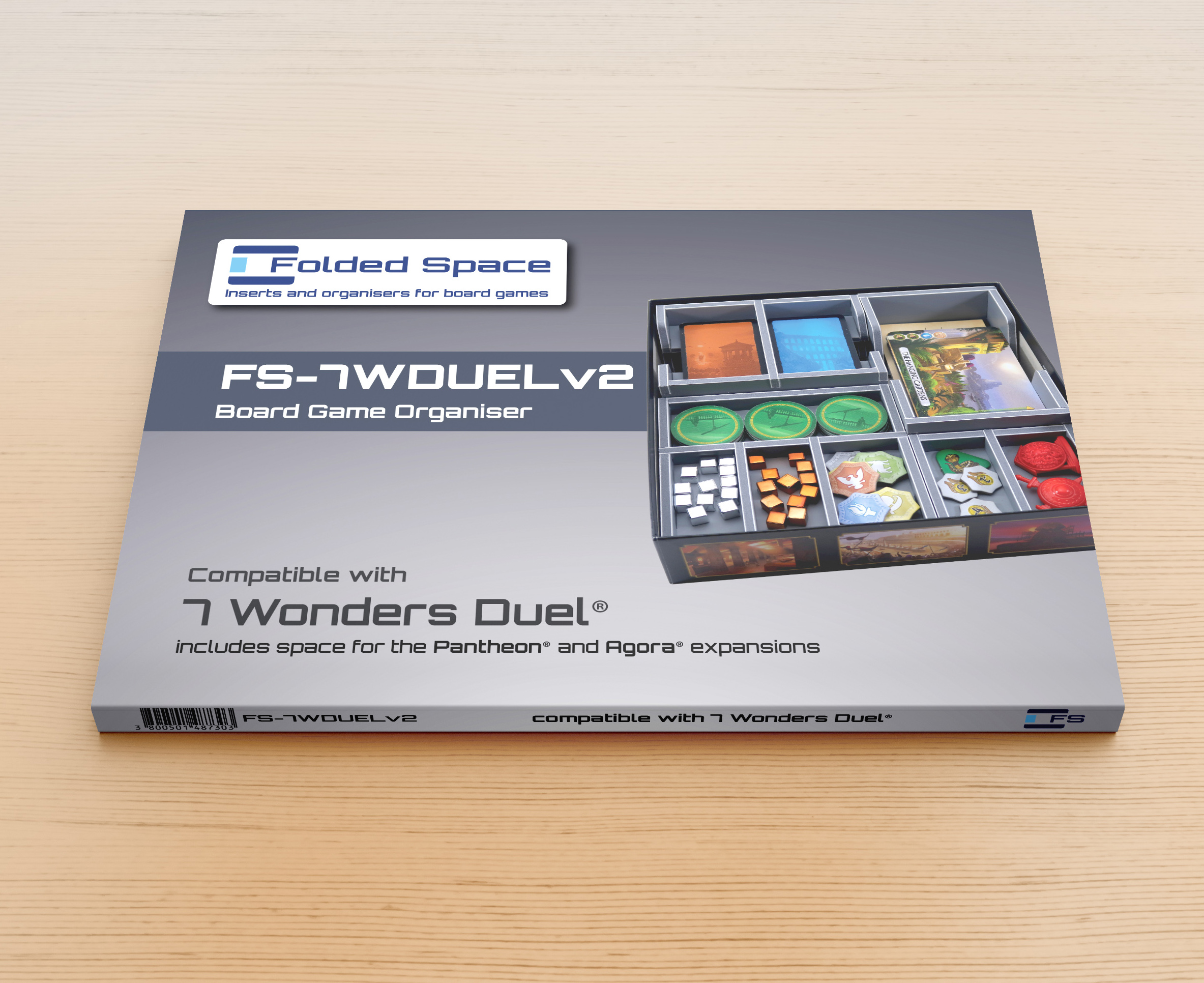 Note:  Insert designed for game with external box dimensions of 20.8 x 20.8 x 5.3 cm. This is the revised design for 7 Wonders Duel®, the original insert is FS-7WDUEL.

Insert compatible with 7 Wonders Duel® and the Pantheon® and Agora® expansions. The design provides both efficient storage and improved game play. The trays can be utilised during the game, and they greatly aid set-up and clear-away times. The rules  act as a lid on top of the trays.

Note how the top layer has a recess in it to store the three game boards, more on this below. It is important that the two red pawns are placed as shown as their bases fit around the main game board.

With the top layer removed you can see the bottom layer underneath. The large card tray is now a single tray (in two pieces) giving the full height of the box for large cards and score pads. Note that if all cards are sleeved there is space for just one full score pad. There are two trays for storing the three age decks, and the guild, grand temple & senator cards together. There is space for all cards to be sleeved. There is a tray for the decree tokens, and the coins, with separate slots for each value. The other large tray is for the progress tokens, influence cubes and mythology tokens. The two smaller trays are for the other tokens and two red pawns.

The tray for large cards is actually two trays which slot together. It is intended that these remain in the game box as they are difficult to remove when full. The trays have space for sleeved cards, and fit each of the score pads. However, as noted above if all cards are sleeved there is room for just one full pad.

When packing the box first place the three game boards in the recess provided with the red pawns' bases around the pointed end of the main board. The rules are then placed on top of the insert trays acting as a lid. Once fully loaded the box is filled to the top, allowing for vertical storage.