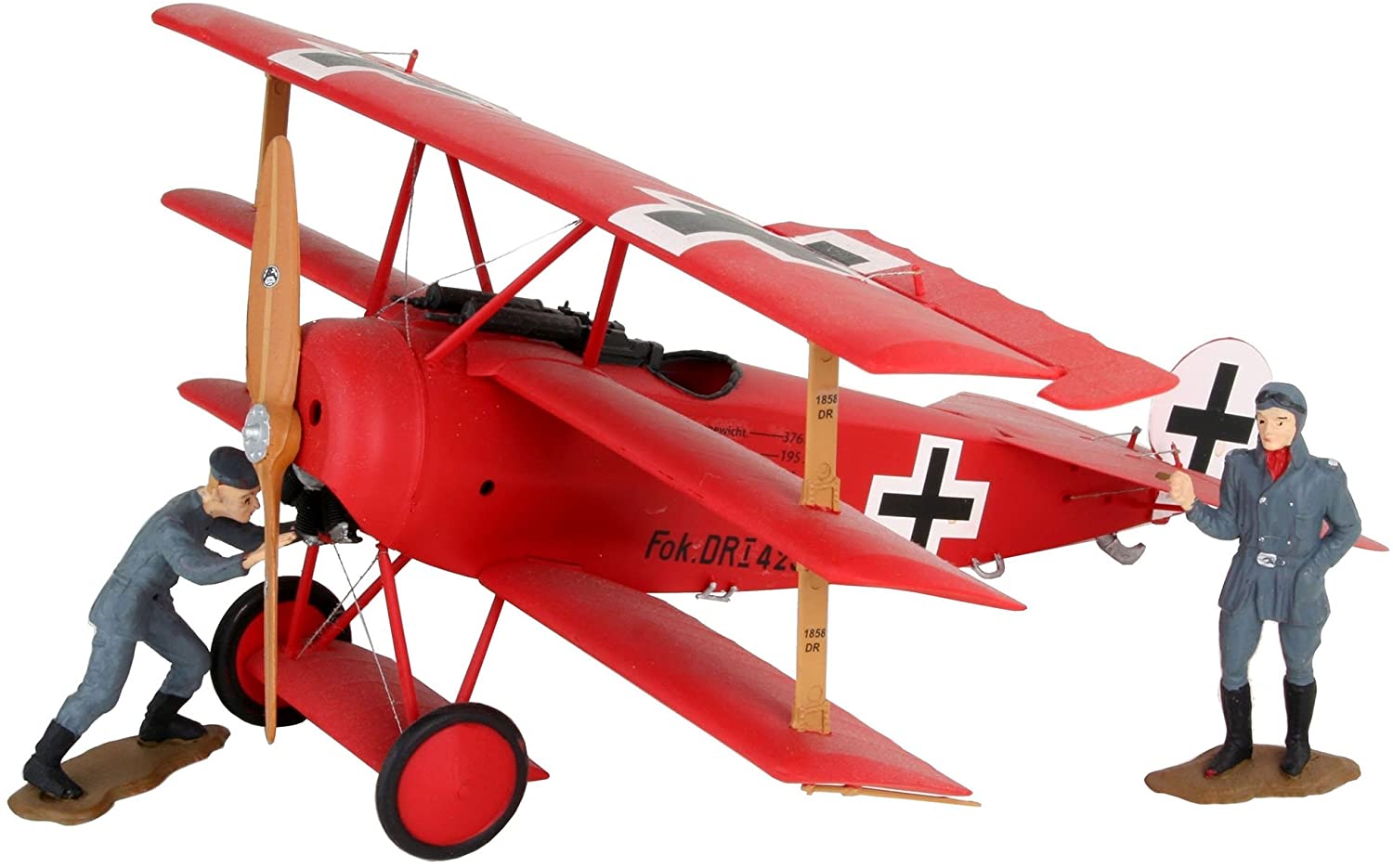 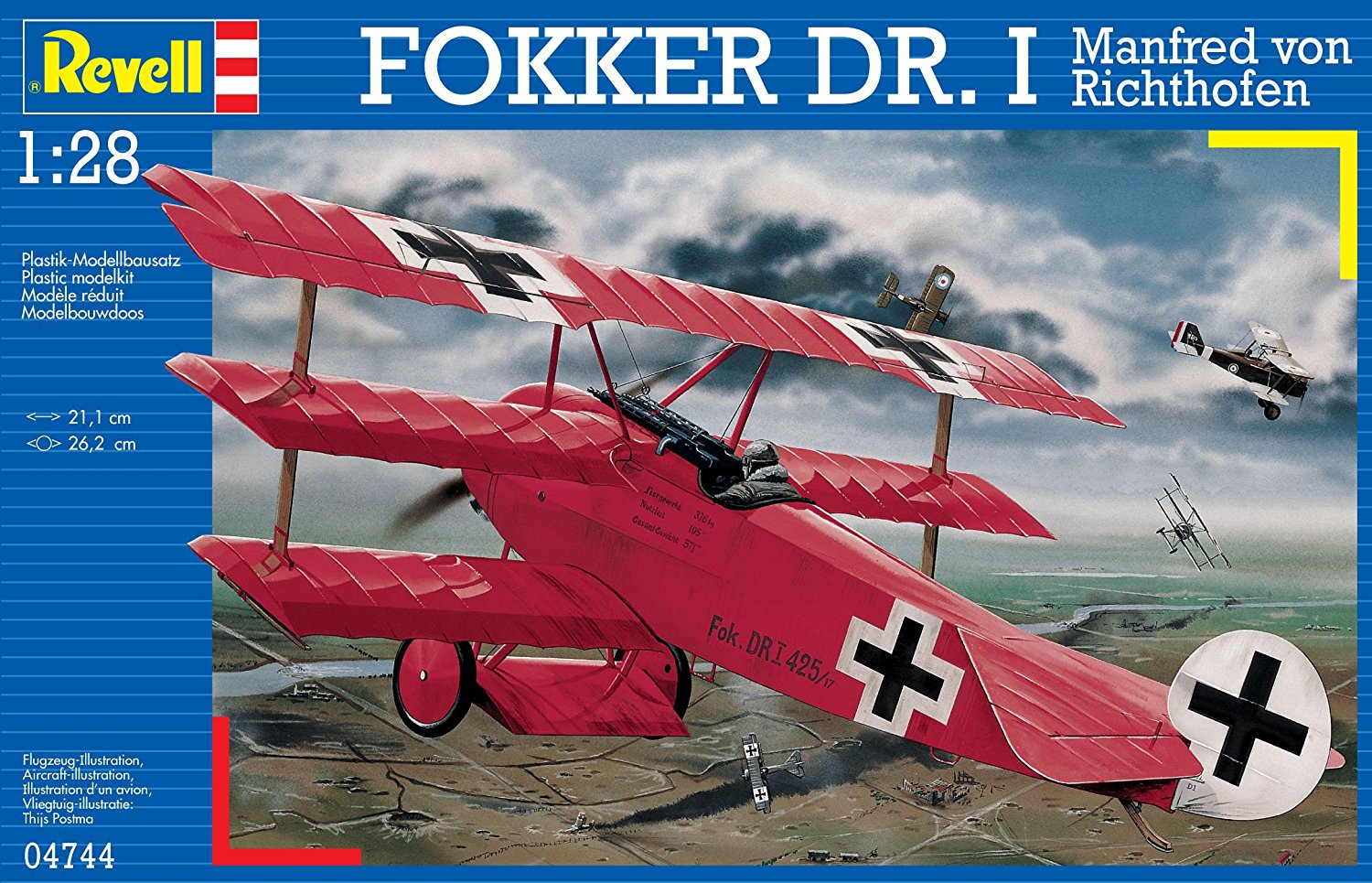 Description
Manfred von Richthofen, the "Red Baron" and his red Fokker triplane made history in the Great War. Introduced to the western front in June 1917, the General Staff released the Fokker Dr. I only after an extended test phase and following approval by the flying ace Manfred von Richthofen. The Dr. I was the most manoeuvrable of all the aircraft deployed at the time and achieved high climbing speeds. The Oberursel radial engine (power output 110 PS) gave the Dr.I a maximum speed of 193 km/h and enabled it to climb to 3000m in six minutes. Two Spandau MGs were installed forward of the cockpit.All the pilots in Richthofen's group flew red triplanes. Although the Dr.I was withdrawn from the western front at the end of 1917, the Red Baron continued to fly this type to bring down a total of 80 enemy planes before being shot down himself in April 1918.