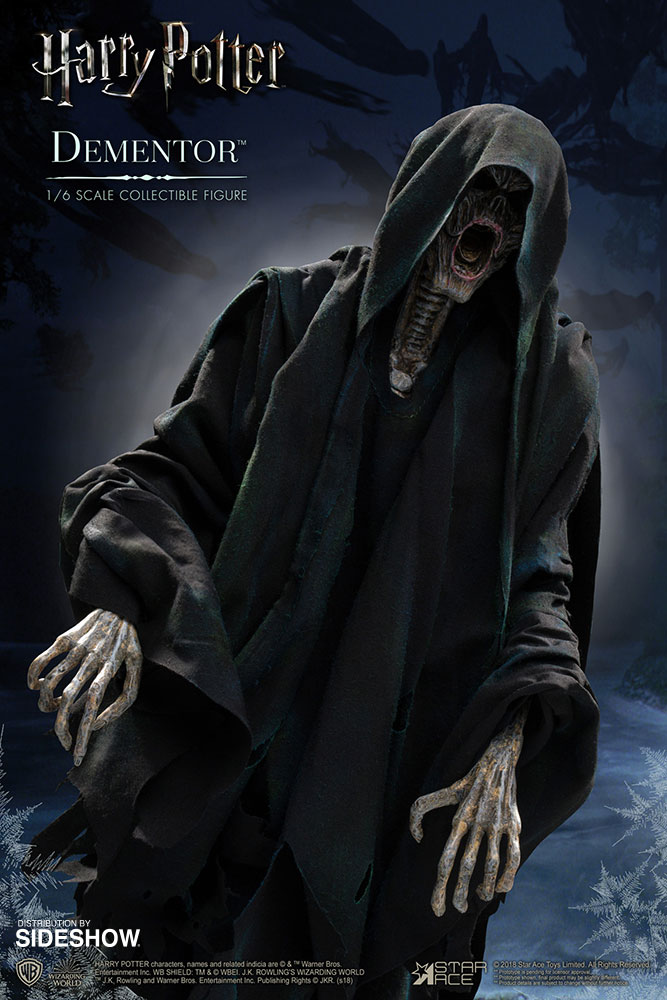 The most terrifying creatures Harry Potter ever encountered were the Dementors, the spectral beings used as guards at the wizard prison - Azkaban. Just being in the presence of a Dementor removes all life and joy from their victims. The Dementor's most terrifying attack was the Dementor's Kiss which sucks the soul from a wizard, leaving the victim a mindless husk.

The Dementor Sixth Scale Collectible Figure features an all-new realistic skeletal likeness with articulated fingers, a weathered black shroud costume and a special attachment to simulate the Dementor's Kiss. Also included is a stand for displaying the figure in flying poses.

One (1) black shroud with weathering effects