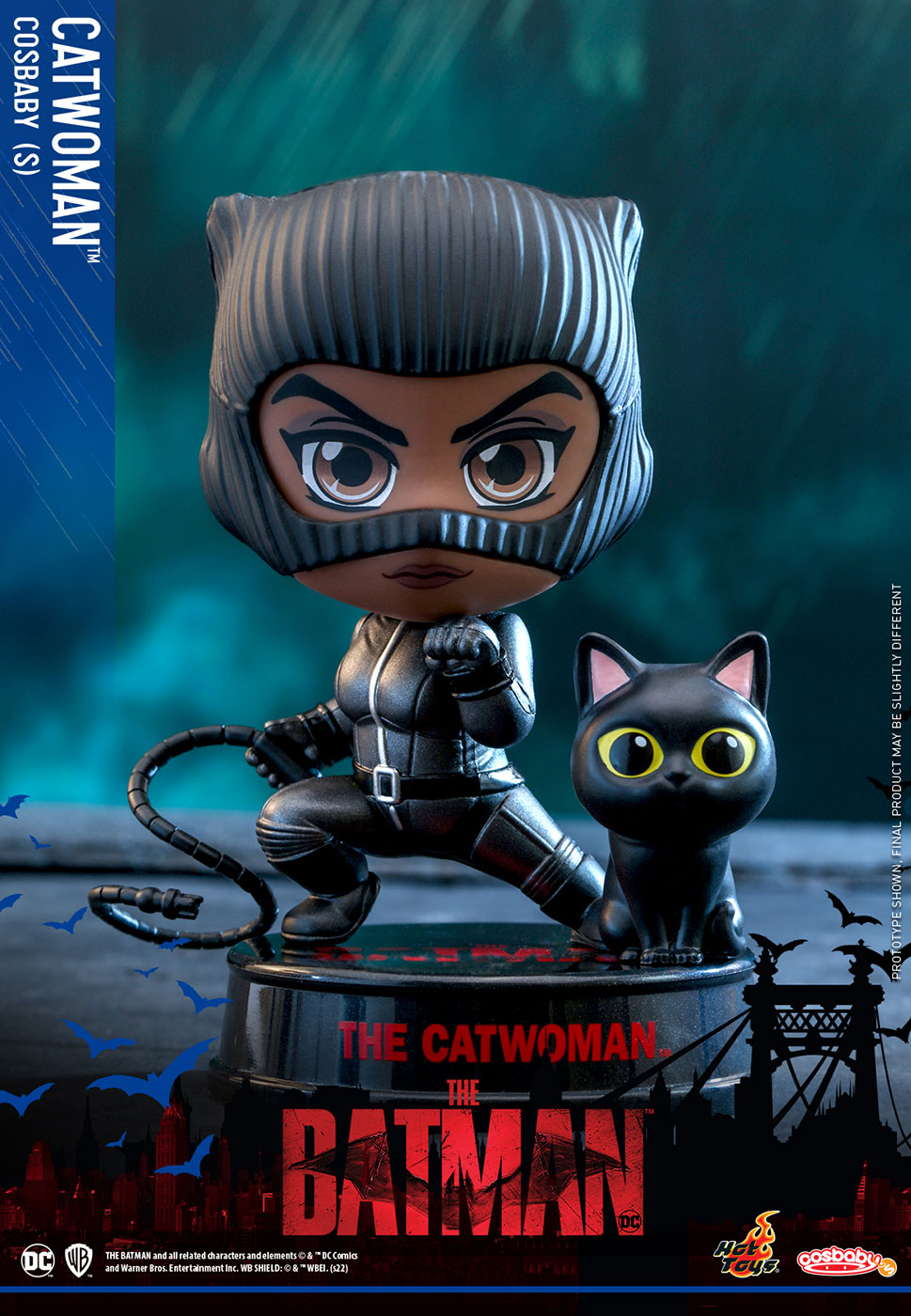 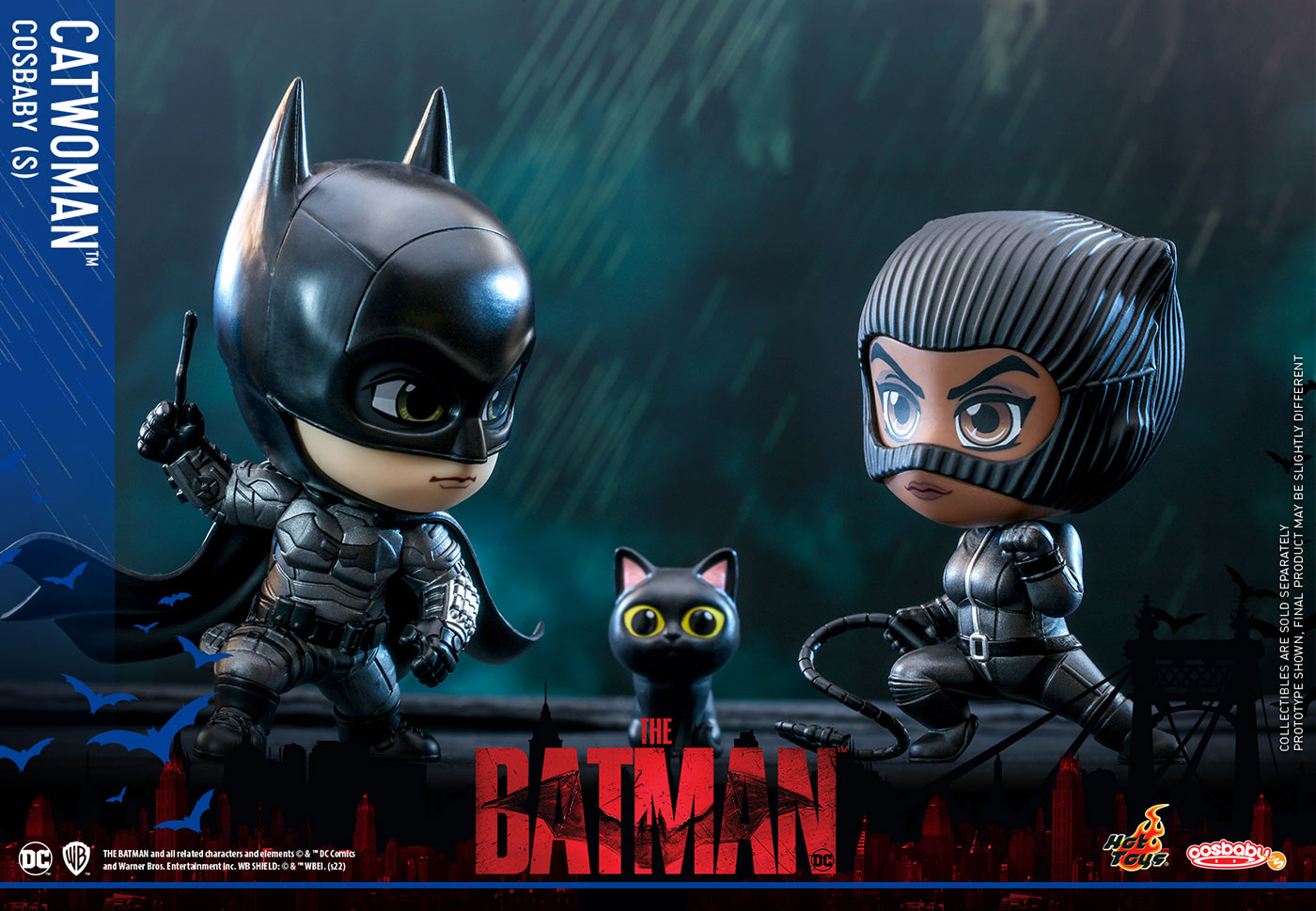 The Catwoman Cosbaby Collectible Figure offers a detailed look at Catwoman cracking a whip, and comes with a miniature black cat as an accessory. 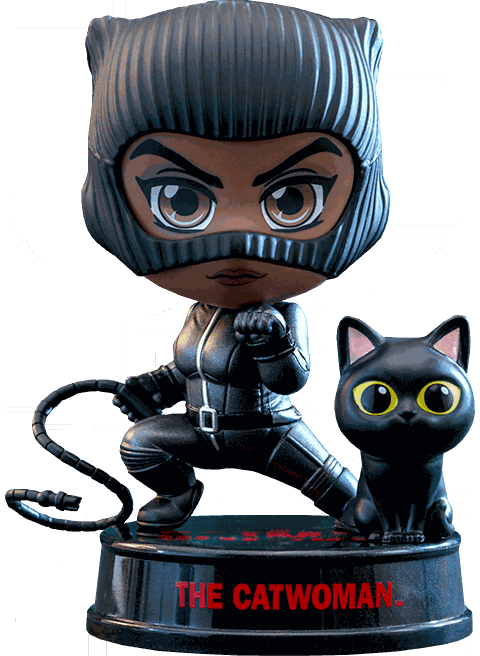